Marlene Dietrich was one of classic Hollywood’s great enigmas. Yet she did give some insight into what made her tick. A 1969 interview reveals Marlene Dietrich’s advice on a range of topics, like fame, money, and the business of being a sex symbol.

At the time, Dietrich was pushing 70. A long way from her talkie-film debut The Blue Angel (1930), she offered what website Dusty Old Thing describes as “grandmotherly advice.” 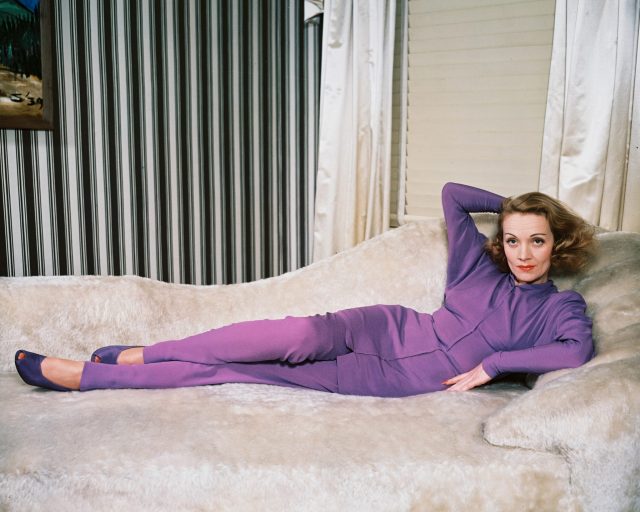 Dietrich was unlike most grandmothers. According to interviewer Jay Kent Hackleman, she “gave the entire interview reclining on a chaise longue and somehow that seemed absolutely appropriate.” He’s quoted by Blank on Blank, who turned the audio into an animated exchange.

She may have been in repose, but her feet appear firmly on the ground. When asked about the attention she received as a megastar, her response was on the withering side: “If you have any sort of intelligence, you can’t succumb to adoration.”

Dietrich also had no time for the cult of youth so prevalent in showbusiness. To her, this was a Western phenomenon. Linking it to America’s idea of itself as a youthful nation, she stated: “They have been young long enough. They should grow up!” 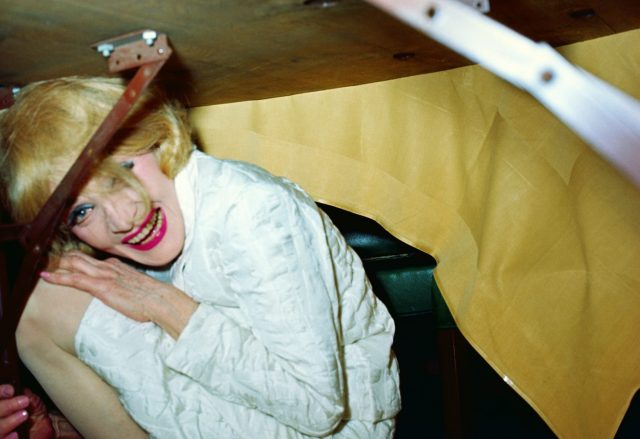 The veteran star knew success, though she experienced her fair share of failure at the box office. For Dietrich, happiness couldn’t be automatically tied to things such as careers. And relaxation wasn’t something to be enjoyed in your spare time. The concept of coming in at the end of the day and putting your feet up was, to her, “an American invention.”

Contentment with consumerism wasn’t Marlene Dietrich’s cup of tea, though she remained fond of certain aspects of U.S. culture. Referring to her experience of touring during wartime, she expressed affection for Texas and more specifically Texans. The soldiers’ arrogant approach to life — at least in her experience — set them apart in her book.

When asked what else she wanted to do, her answer was reassuringly unambitious. Dietrich had no major plans. The latter stage of her life was spent as a cabaret performer, and she didn’t appear to crave the bright lights of Hollywood.

Her later life and career

It was all quite different back in the day. 2017, the 25th anniversary of her death, saw Deutsche Welle (DW) explore the biography The Last Goddess by Eva Gesine Baur. This contained intriguing details of the star’s much-talked-about life.

The book features Dietrich’s own writing, which reportedly was under a quarter-century embargo issued by the lady herself!

DW writes that Dietrich was “ambitious and a brilliant networker.” The performer’s list of lovers was extensive. It appeared “there was hardly anyone that she did not meet, ensnare and caress.”

And in a sense, who could blame them for accepting her? Dusty Old Thing observes that she “came to epitomize the stereotype of the European vixen.”

The New York Times obituary of Dietrich, published in 1992, writes that people were “captivated by this creature out of no one’s experience but out of everyone’s imagination.”

They quote her friend Erich Maria Remarque, whose 1945 novel Arch of Triumph captures her features. To the author, Dietrich’s face was like “a beautiful empty house waiting for carpets and pictures.” Audiences took different things away from viewing the luminous actress. 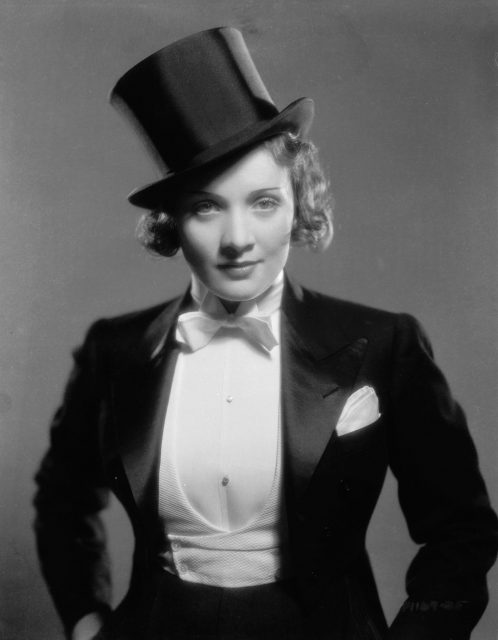 The book is about stateless refugees. Interestingly, Dietrich herself occupied different places. She was an American but born in Germany. She refused Nazi offers to make movies in Germany, preferring to entertain Allied troops during World War II.

Her last big-screen appearance was in 1978’s Just A Gigolo. This black comedy took place against the backdrop of Berlin in the early 20th century. Dietrich came out of retirement for what was reportedly a couple of days of shooting and a hefty paycheck. Starring in the film was David Bowie, an androgynous figure like herself.

More from us: Mickey Mouse Snub: Why Khrushchev Never Got To Disneyland

Hackleman’s interview shows Dietrich in all her glory and maturity. She’ll live on in the hearts of millions as an icon. But deep down she was a person, just like everybody else.

The Blank on Blank animated production was made possible through the permission of Jay Kent Hackleman’s granddaughter Liss LaFleur.

« Mickey Mouse Snub: Why Khrushchev Never Got To Disneyland
Want To Live In A Castle? Try St Michael’s Mount »