The high five isn’t a gesture you’d think would elicit controversy, but one look at its history will have you realizing you’re mistaken. While today it’s a symbol of the bond between sportsmen, its beginnings are mired in rumor and controversy.

When did the high five first come about, and who was the individual who decided the days of the low five were in need of a more enthusiastic gesture?

The low five has been around since the days of World War II. A part of African-American culture, “slapping skin” gained nationwide popularity thanks to jazz musicians such as Cab Calloway and The Andrews Sisters.

There are many accounts regarding how the high five came to be. Basketball player Magic Johnson claims to have invented it while playing for Michigan State in the 1970s, while others trace it back a decade earlier to the women’s volleyball circuit of the 1960s.

Some have even pointed to a clip from Jean-Luc Godard’s 1960 crime drama Breathless, which features what appears to be an early form of the gesture.

Wiley Brown and Derek Smith also claim to have been involved in its creation during their time with the University of Louisville basketball team. They state Smith invented it during the 1978-79 season, in response to the team’s “Doctors of Dunk” nickname, saying the traditional “low five” went against their character. The New York Times ran a story on September 1, 1980, seemingly giving credence to this statement.

One of the more popular stories was actually a hoax formulated by Conor Lastowka and Greg Harrell-Edge, founders of National High Five Day. Hoping to establish said day on the third Thursday of every April and to give their group more recognition, they created a story surrounding former Murray State University player Lamont Sleets Jr.

According to the tale, Sleets’ father served during the Vietnam War, and he and his fellow infantrymen kept in contact after the conflict ceased. Whenever they greeted each other, they would straighten their arms, spread their fingers and say, “Five.” In response, a young Lamont would jump up, slap their palms, and yell, “Hi, Five,” as he was unable to remember their names.

Glenn Burke and the actual origins of the high five

The story of Glenn Burke was conventional wisdom before the tale of Lamont Sleets Jr. The former outfielder for the Los Angeles Dodgers is credited by many as being the one to actually invent the high five.

Burke was known for his enthusiastic character, often described as “the soul” of the Dodgers clubhouse. On October 2, 1977, his teammate Dusty Baker hit a home run while playing against the Houston Astros.

As he ran to home plate, Burke stretched his hand enthusiastically over his head. Unsure how to respond, Baker smacked it. The left fielder returned the gesture after Burke hit his first Major League home run during the game. 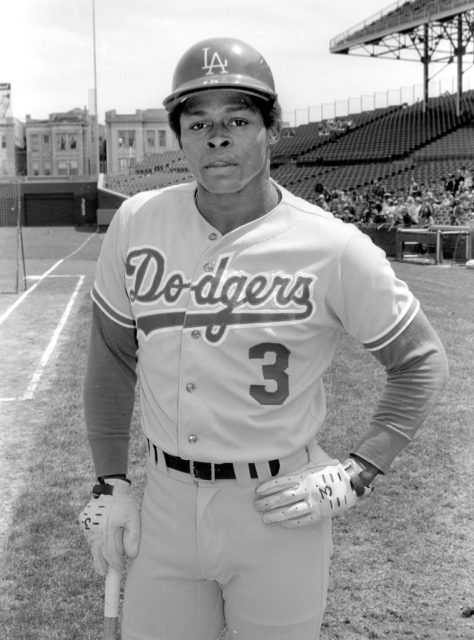 Prejudice soon derailed Burke’s career. The then-manager of the Dodgers, Thomas “Tommy” Lasorda, grew upset with him after the then-publicly closeted player entered into a suspected romantic relationship with Lasorda’s son, and he was soon traded to the Oakland Athletics. After experiencing further prejudice from his new team, he was demoted to the Triple-A league. He retired in 1980 after playing just 25 games in the Minor League.

Burke brought his talents to San Francisco’s Castro district, where he played softball in a local gay league. He was known to locals and was often found sitting on the hoods of vehicles parked in front of a gay bar called the Pendulum Club, smiling at passersby and giving them high fives.

While Burke eventually drifted out of the limelight and dealt with his own personal struggles, his legacy from that October 1977 game lives on. Speaking of the experience, he said, “You think about the feeling you get when you give someone the high five. I had that feeling before everybody else.” 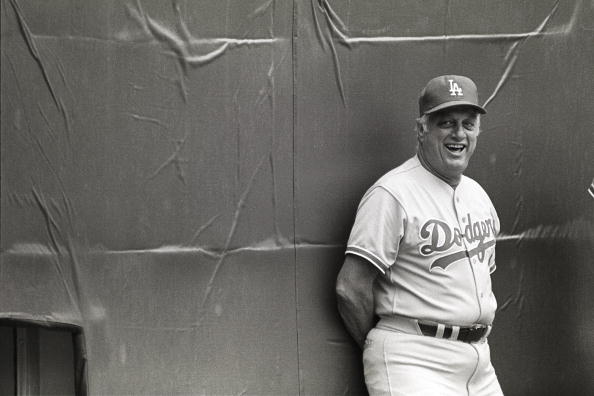 Burke’s friend, Abdul-Jalil al-Hakim gives him further dues, saying the high five gave society a sense of liberation. Not only it give baseball some added flair, but it also helped America better connect through personal expression and celebration.

More from us: Mickey Mouse Snub: Why Khrushchev Never Got To Disneyland

Despite trading him, the Dodgers took full advantage of the enthusiasm created by Burke’s gesture. They began selling “High Five” T-shirts with the trademarked logo of two raised hands connecting. A poster from the time explains it became the team’s standard salute in celebration of exciting plays.