Were The Little Rascals Cursed? The Grim Demise Of Eight Child Stars

Some television series are known to have multiple tragedies strike actors and actresses involved in the show. The television show Glee has recently been dubbed as “cursed” because of the passing of actress Naya Rivera, Mark Salling (and the subsequent charges against him), and Cory Monteith. The classic show Little Rascals is perhaps the earliest series with curse claims against it, with tragedy befalling many cast members. While many of the child stars went on to live normal, full lives, a substantial number perished horribly.

Our Gang was an American series of comedy short films that revolved around a group of ragtag children and their adventures. The series started in the early 1920s, and by the 1950s, Our Gang short films were turned into the hugely popular television series called The Little Rascals. 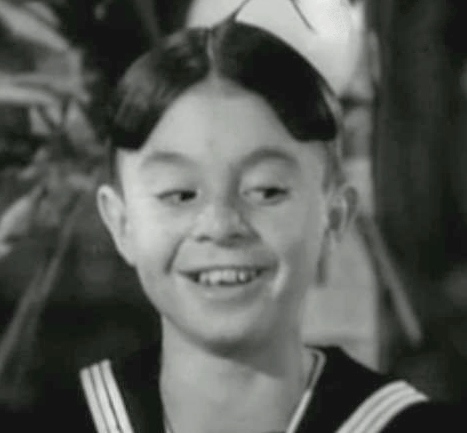 Carl “Alfalfa” Switzer was perhaps the most famous little rascal of the entire gang. In 1940, he left the show at age 12 and appeared in minor roles in movie classics such as It’s a Wonderful Life and The Ten Commandments. Switzer eventually moved away from acting and made money working odd jobs to make ends meet.

On January 21, 1959, Carl Switzer got into a heated argument with another man over a dog and a debt of $50. As a result of this argument, Switzer was shot and killed. The man claimed he was acting in self-defense, stating that Switzer threatened him with a knife. A jury later ruled the incident justifiable homicide, and the man who killed Switzer was not charged. Switzer was only 31 when he was slain. 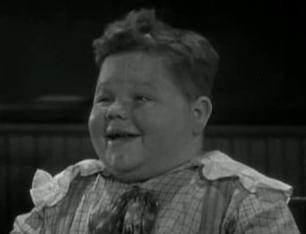 Norman Chaney played the role of “Chubby” in many Our Gang films from 1928 to 1930. After Chaney was dropped from filming because he was entering adolescence, he returned home to Baltimore, where he attended school like any other child.

Chaney’s weight became a serious health issue. In 1930-1931, his weight increased to 300 pounds, putting a lot of physical pressure on his small stature of four feet, seven inches. His weight issues resulted from a granular problem, and eventually, Chaney underwent surgery to help him lose weight. The surgery caused him to lose 160 pounds, but he passed away from myocarditis when he was only 21 years old. 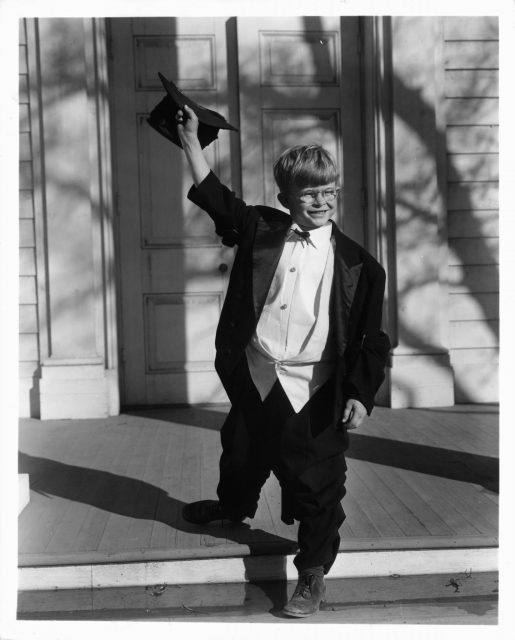 Billy Laughlin played “Froggy” in Our Gang from 1940-1944. The character is called “Froggy” because of his deep, frog-like voice, which was done by Laughlin although many viewers thought another actor overdubbed it.

On August 31, 1948, the 16-year-old actor was delivering newspapers riding on the back of his scooter, while his friend operated the front. A truck collided with the scooter as the boys were making a U-turn, sending Laughlin to the hospital. His friend survived the accident, but Laughlin succumbed to his injuries in the hospital six hours later. 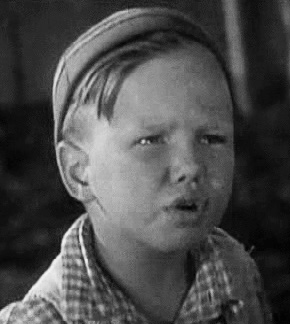 Robert (Bobby) Hutchins appeared in a total of 58 Our Gang films during his six years in the series. He was often cast as the tag-along little brother, always trying to be included in their fun and games.

In 1943, Hutchins joined the United States Army Air Forces in hopes of becoming a pilot. One week before his graduation from Aviation Cadet Program on May 17, 1945, Hutchins plane collided mid-air with another during a training exercise. He died in this accident, at only 20 years old. 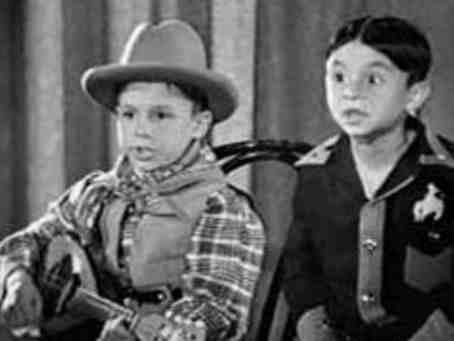 Harold “Slim” Switzer was often cast as an extra in Our Gang alongside his brother Carl who played Alfalfa.

Although Harold did not continue on-screen acting after Our Gang, he still died in a tragic way. When he grew up, he got a job installing washers and dryers in peoples’ homes. In 1967, he killed a customer in a dispute. He committed suicide at age 42. 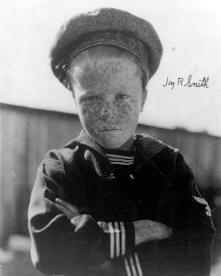 Jay R. Smith replaced actor Mickey Daniels as the freckle-faced kid in Our Gang in 1925. However, he quit acting in 1929.

Although Smith lived to the age of 87, he died in a tragic way. In October 2002, he was reported missing by his daughter. After an extensive search, his body was found on October 5, 2002, in a desert near Las Vegas. He had multiple stab wounds. The police charged a homeless man that Smith had befriended with his murder, after he used Smith’s credit card and pawned his possessions. 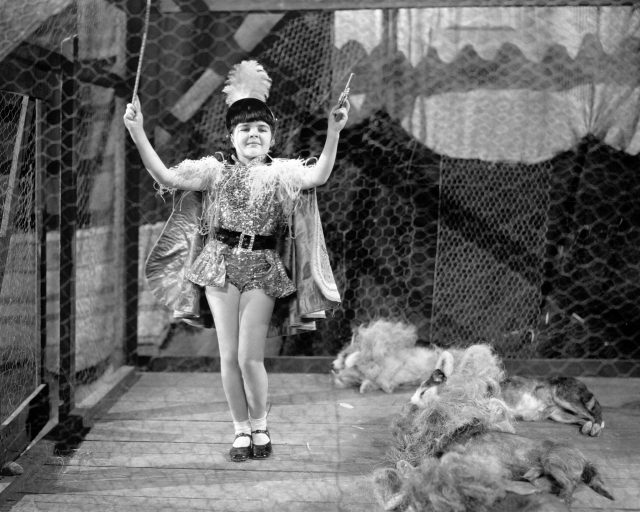 Darla Hood in a scene for Our Gang, circa 1939. (Photo Credit: Silver Screen Collection/ Getty Images)

Darla Hood was the leading lady on Our Gang from 1935 to 1941. She typically played the love interest of Butch or Alfalfa.

Hood went onto have a successful singing career after her time on Our Gang. In 1980, Hood was integral in organizing a Little Rascals reunion. During this time, she underwent an appendectomy. Although the surgery was successful, she died suddenly of heart failure on June 13, 1979, at age 47. It was discovered that Hood had contracted acute hepatitis from a blood transfusion given to her during the operation. 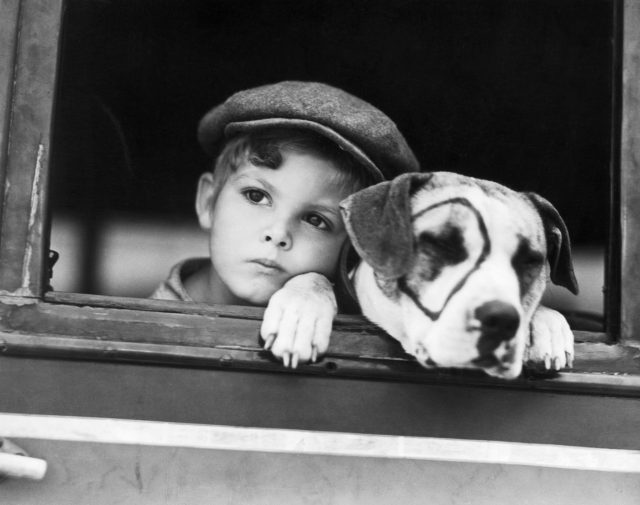 Dickie Moore and Pete the pup in an Our Gang scene, circa 1932. (Photo Credit: Bettmann/ Getty Images)

More from us: Children’s mugshots from Edwardian England look like a depressing version of the ‘Little Rascals’

It seems that the Little Rascal curse was not just limited to human actors. The first dog to play “Pete” the dog, whose real name was Pal, died suddenly in 1930 after allegedly being poisoned. Pal had appeared in several films before Our Gang. The child actors were devastated by the passing of Pal.