George Carlin could make people laugh, but he also made them think. He chose to remain true to himself and found success in his own way, often challenging societal norms throughout his career. Here are 10 facts that prove George Carlin truly marched to the beat of his own drum.

1. A love of languages ran in his family 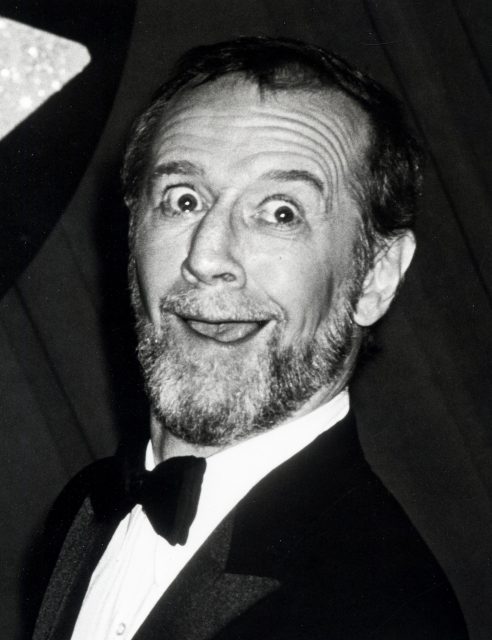 George Carlin, who had a lifelong interest in languages, probably inherited this passion from his father and grandfather. George’s father Patrick Carlin, was the national advertising manager for the New York newspaper The Sun. Patrick Carlin also was an accomplished speaker, winning the nationwide Dale Carnegie public speaking contest in 1935.

Similarly, George Carlin’s grandfather, who was a New York City police officer, wrote out Shakespeare’s tragedies in longhand for fun.

2. He specifically had a passion for swear words 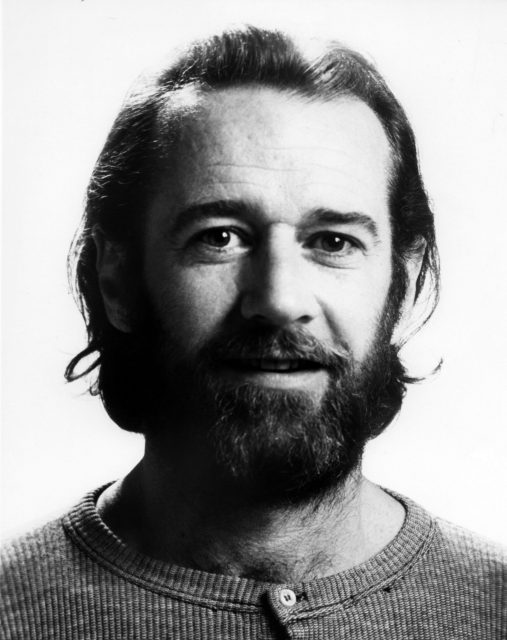 If Carlin had an interest in languages, his true passion lay in obscenities. He used to “collect” colorful curses he heard in his neighborhood by writing them down and carrying the phrases around in his wallet. What he noticed about these phrases and words was that they were all “attractive-sounding things, and funny because they broke all the rules.”

When Carlin was 13, his mother found all these expletive words and phrases in his wallet. He later heard his mother talking to his uncle, saying: “I think he needs a psychiatrist.” Carlin was aware when he wrote these phrases down that they were forbidden and that he shouldn’t use them because he knew they would offend someone.

3. Speaking of swear words, Carlin was once arrested for obscenity 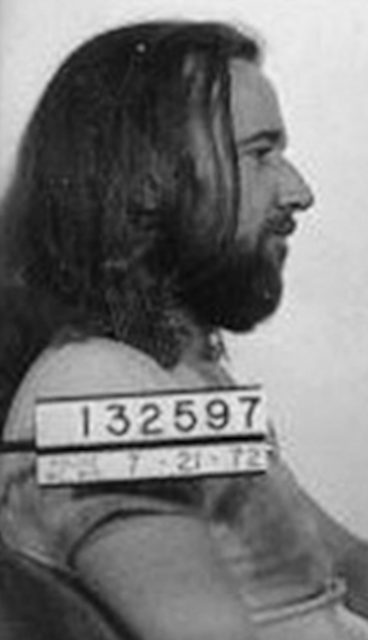 In 1972, Carlin was arrested in Milwaukee, Wisconsin, for obscenity after giving a stand-up performance at the Summerfest festival. After his act, six police officers escorted Carlin away for a verbal offense.

However, Carlin also had baggies of cocaine on him when he was arrested. Much to Carlin’s relief, the police didn’t get their hands on the drugs, so he was only charged with public indecency over the language used in his act.

4. Funny from the very beginning 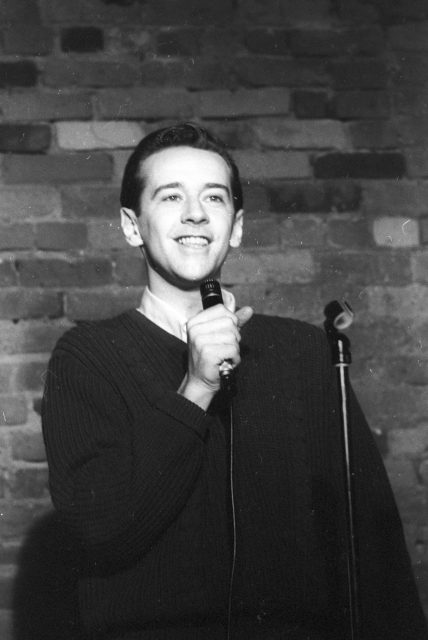 As a young boy, Carlin would attend a summer camp in New Hampshire. According to Carlin, there were two funny kids at this camp — him and someone named “Whacky Wilson.” Carlin would often do stand-up routines, while “Whacky Wilson” would write and perform the comedy sketches.

Fast-forward a couple decades and Whacky Wilson, whose real name is Dave Wilson, is directing Saturday Night Live. In fact, when Lorne Micheals interviewed Carlin about performing the hosting duties on SNL, Carlin stated that he “knew the director.”

5. He doesn’t remember his time hosting SNL, even though he was the first to do it 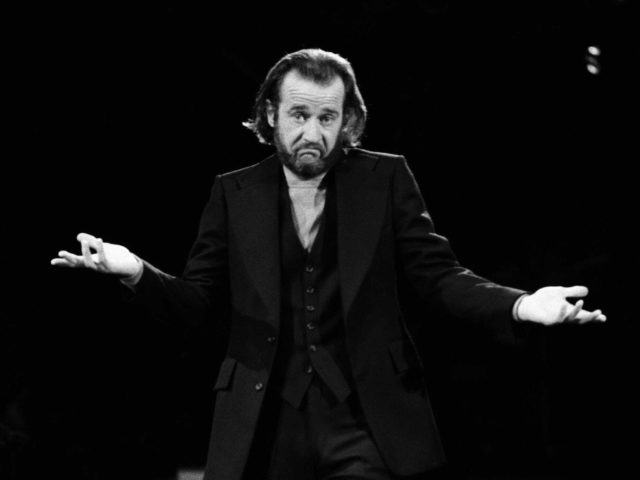 Saturday Night Live first aired on October 11, 1975, and it continues to be one of the longest-running network television programs in the United States.

When Carlin had the honor of being the first host of the television series, he did not participate in any of the sketches; he only performed stand-up and introduced the show’s musical guests. However, Carlin wasn’t able to remember his time hosting the show because he was “loaded on cocaine all week long.”

Despite being the show’s first host, Carlin was never called back to participate in any of SNL‘s anniversary shows. He also went on to be the first-ever host of the show Fridays (1980–1982), which was ABC’s attempted version of SNL.

6. Carlin owed a lot of money to the IRS 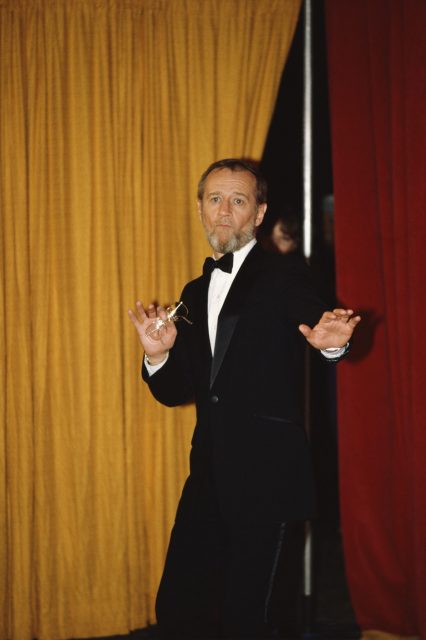 Despite being a hugely successful comedian, Carlin owed a huge amount to the IRS, which took him 18–20 years to pay off. He blamed this debt, which was up in the seven-figure range at times, on his drug abuse which made him neglect his business affairs. 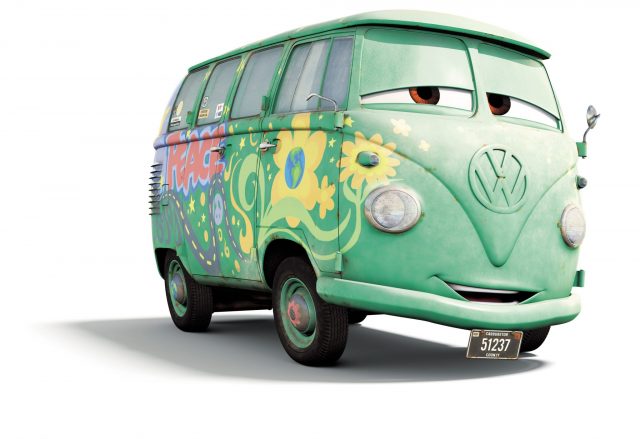 Although George Carlin is best known for his comedy, he also lent his voice to many animated movies and television shows — even replacing Beatle member Ringo Starr as the narrator of Thomas & Friends for five years.

One of Carlin’s last film roles before his death was the voice of Fillmore in the animated movie Cars (2006). In this movie, Carlin’s voice is used for the character of Fillmore — a 1960 Volkswagen Transporter bus, but is also known as a “hippie bus.”

In the movie, the character Fillmore is anti-establishment and radical, no doubt a nod to Carlin’s real life. In fact, Fillmore’s license plate in the movie is George Carlin’s real birthday: 51237 (May 12, 1937).

8. What happens in Vegas…sometimes doesn’t stay in Vegas 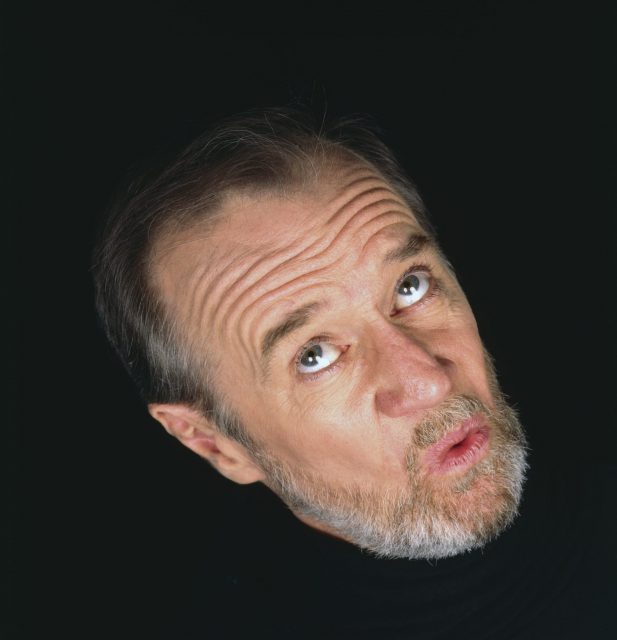 George Carlin performed regularly as a headliner at the MGM Grand in Las Vegas, until his contract was terminated in 2004. After a particularly poorly received set, Carlin went off a bit on his audience, stating he questioned their intellect for giving hundreds of thousands of dollars away to big corporations (along with some other choice words).

However, soon after this tiny tantrum (and perhaps because of it), Carlin entered rehab for his alcohol and painkiller addiction.

9. He was expelled from the high school that Regis Philbin and Martin Scorsese went to 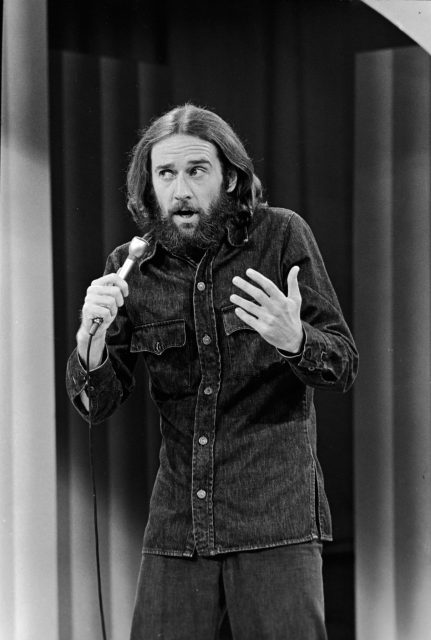 In an interview, Carlin explained that during his time at Hayes, he was failing subjects and running away from home for days at a time. In 1983, Carlin hosted a fundraiser at Hayes high school in honor of Msgr. Stanislaus P. Jablonski, the man who had expelled Carlin.

Carlin kept his act clean, and Jablonski thoroughly enjoyed the jokes. At one point in the act, Jablonski read old detention slips he had issued to Carlin, with one reading “he thinks he’s a comedian.”

10. George Carlin — Predictor of the future 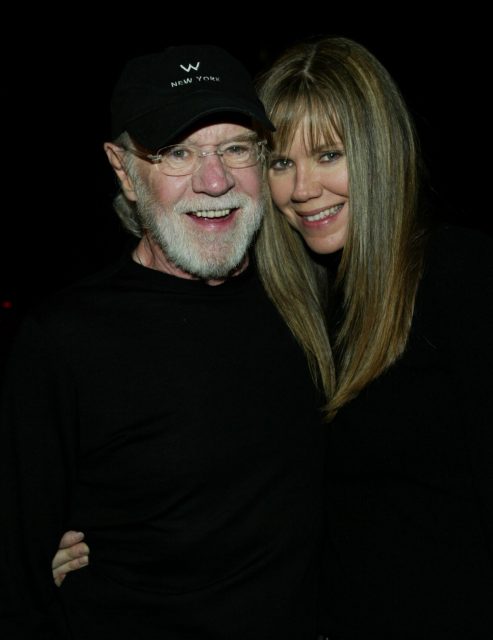 More from us: What Happens When TikTok Meets Vintage Recipes? It’s Not To Everyone’s Taste

As a child, both Carlin’s mother and aunt worked in the New York office of the Philadelphia Bulletin. They would often show Carlin newspaper comics four weeks prior to publication. Because of this, Carlin would often pretend to “guess” the comics that would appear in the newspaper on the schoolyard, tricking his fellow classmates into thinking he knew the future.

« Magical Facts About ‘I Dream Of Jeannie’ That Change How We Think Of The Show
In Photos: Throwback To Life In The 1970s »