Coca-Cola is one of the most recognizable soda brands in the world. Its signature logo and design are instantly recognizable, and its products are sold across the world. It has a long and storied history, complete with innovations that not only impacted its success, but changed the way the world saw soft drinks.

It was created by a Confederate soldier

Coca-Cola was created by Dr. John Pemberton, a doctor and pharmacist. During the American Civil War, he served with the Third Cavalry Battalion of the Georgia State Guard, which was part of the Confederate Army. By the end of his service, he’d achieved the rank of lieutenant colonel. 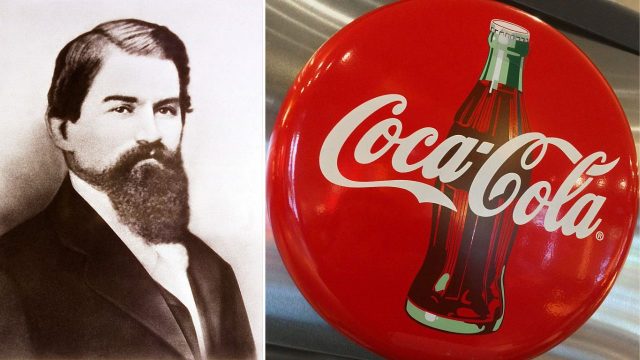 Pemberton was wounded during battle and became addicted to morphine. He knew how dangerous the drug was, so he set out to create a safer alternative. Thus, he invented Pemberton’s French Wine Coca nerve tonic, the alcoholic predecessor to Coca-Cola.

Its logo is red for tax reasons

Prohibition legislation passed in Atlanta in 1886 led Pemberton to develop a non-alcoholic version of the drink. It was marketed as “Coca-Cola: The temperance drink,” which appealed to those within the temperance movement. 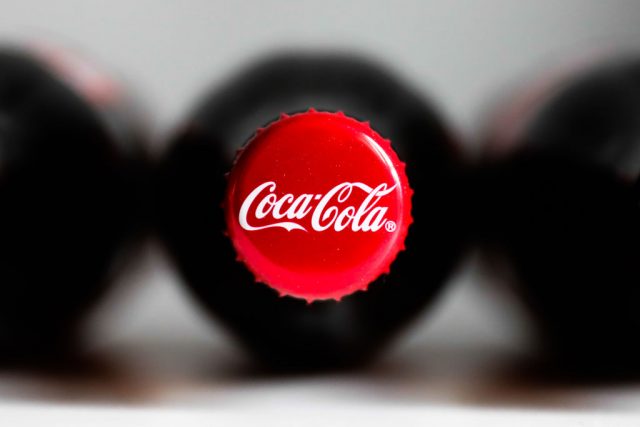 Alcohol was heavily taxed during the 19th century, and the company wanted to make sure it wouldn’t be subjected to increased fees. To ensure it could be distinguished, the decision was made to paint its barrels in its now-signature bright red.

While nowadays it’s common knowledge that drinking too much soda is bad for your health, in the late 19th century Coca-Cola was sold as a miracle cure. It was marketed as a brain tonic, capable of relieving headaches and exhaustion. 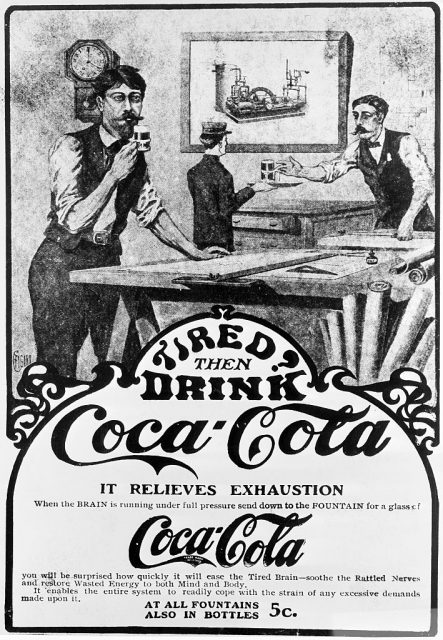 It was also given to babies as a medical treatment. Parents were instructed to give fussy infants a few drops in the hopes it would help them settle down.

It used to be free

Pemberton might have been the genius behind Coca-Cola, but he wasn’t a salesman. He had trouble establishing the brand, and the company didn’t experience real success until it was given over to businessman Asa Griggs Candler. 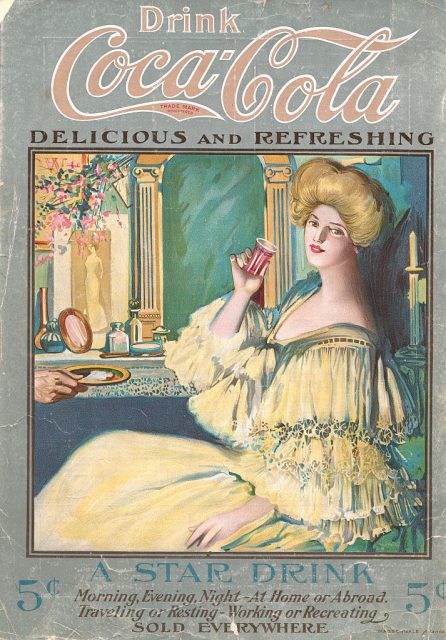 To get customers hooked on the product, Candler devised a coupon system. He had sales representatives hand out vouchers, offering a free serving. Once they tried it, people kept coming back for more — paying five cents a glass when they did.

When Coca-Cola first hit the market, its key ingredients were caffeine and cocaine. The cocaine came from the coca leaf, while the caffeine was from the kola nut. There were five ounces of coca leaf per gallon of syrup — or about nine milligrams per glass. 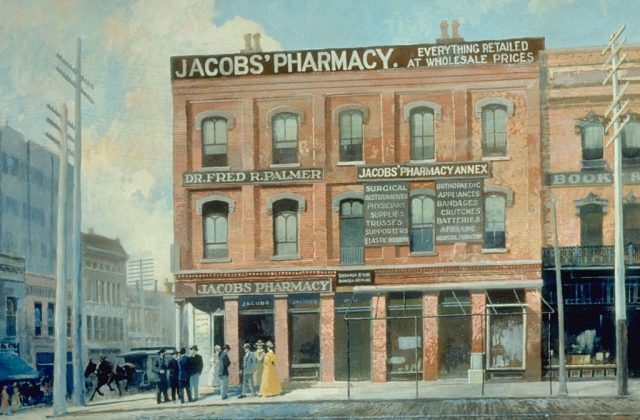 Despite cocaine being legal in the U.S. until 1914, it was removed from Coca-Cola in 1903. Instead of using fresh coca leaves, the company started using a “non-narcotic extract” derived from spent leaves.

Before 1923, those interested in purchasing bottles of any drink had to carry them by hand. It’s thanks to Coca-Cola that we have the modern-day six-pack, as the company was the first to introduce the cardboard carrier. 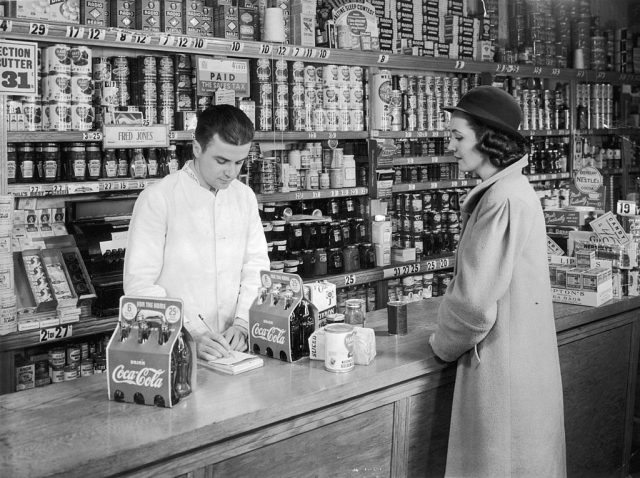 Candler conceived the idea after noticing customers were buying two or three bottles at a time. While making it easier to carry the product, Candler also knew it would ensure that more bottles were purchased at one time. The invention increased consumption and the company’s profits.

It’s common for companies to increase advertising around the holiday season, but did you know Coca-Cola is responsible for the modern image of Santa Claus? 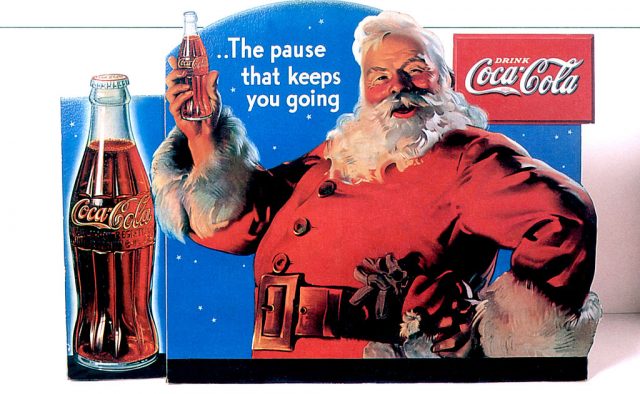 The company had been revamping its Christmas advertising since the 1920s, but found it wasn’t resonating with the public. They approached artist Haddon Sundblom to paint images of a realistic and wholesome-looking Santa holding a Coke bottle. Sundblom’s interpretation was a hit, and he ended up working with the company for the next three decades.

While many might be familiar with Crystal Coke, did you know it had a Russian predecessor? Known as “White Coke,” it was a version of the soda made specifically for Russian general Georgy Zhukov. He became a fan after General Eisenhower introduced him to it after World War I, but faced a dilemma. The drink was synonymous with American values, and he knew it would cause an uproar for him to be seen drinking it. 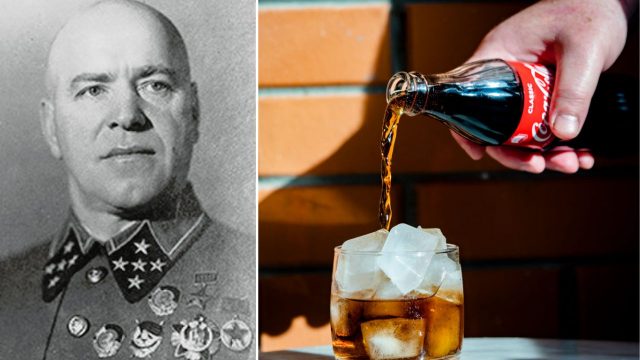 Zhukov discreetly approached Coca-Cola and asked them to make a version he could drink, without others knowing it was Coke. Caramel was removed from the formula, thereby making it clear, and the packaging was changed. Instead of a red label and curved bottle, it came in a bottle with straighter sides, a white cap, and a red star.

During World War II, the U.S. government approached Coca-Cola and asked it to make its product available to troops fighting in Europe and the Pacific. Robert Woodruff, then-president of the company, agreed. Within six months, the company shipped 64 bottling plants abroad. 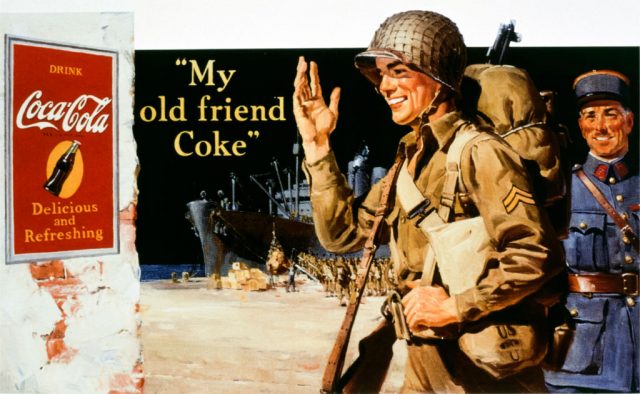 Coca-Cola also began looking into a way to ship the drink in more durable packaging. This led them to the aluminum can, which was produced for troops after material rationing came to an end. It became available to civilian customers in 1960.

The first issue of Time was published in March of 1923, and it has since become one of the foremost American news magazines. Its covers are iconic and often reflect what’s happening in society. That’s why it’s no surprise Coke was its cover star in 1950. 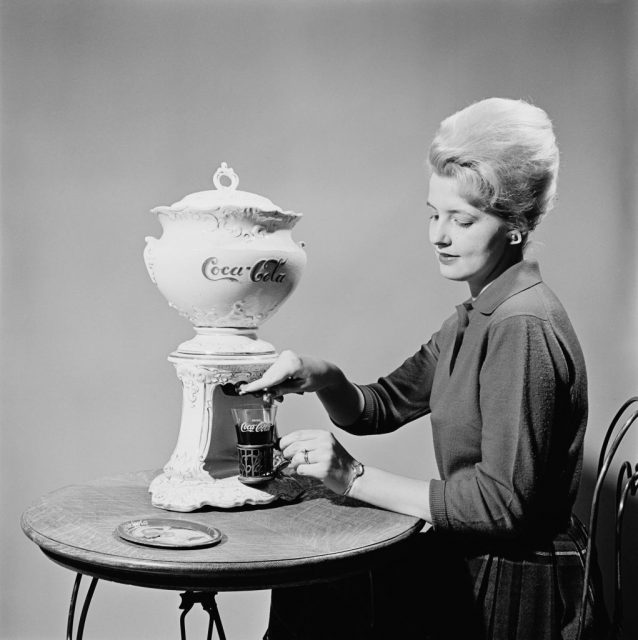 Time initially wanted Woodruff on the cover, but he refused, saying Coke was the only important element of the company. The decision was then made to feature an illustration of the Earth drinking a bottle of Coke, a nod to the soda’s popularity.

Why drink coffee when you can have a Coke?

Those who grew up in the 1980s may remember when Coca-Cola tried to market itself as an alternative to coffee. The campaign, called “Coke in the Morning,” was launched with the idea that Coke would be easier to consume than a cup of hot coffee. 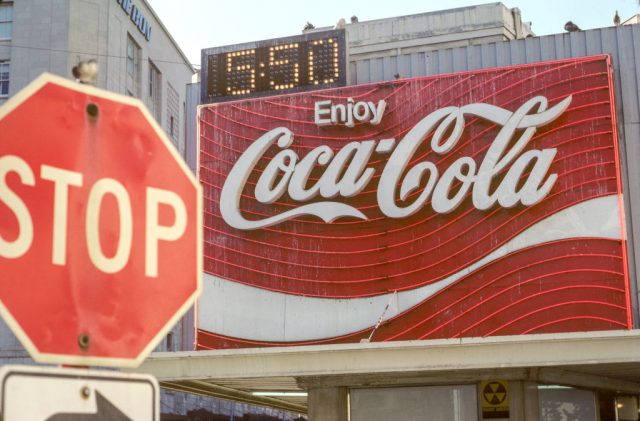 More from us: The Mystery of Coca Cola’s Secret Formula

The idea had some science behind it. One estimate said that approximately 12 percent of customers consumed Coke in the morning, as opposed to coffee. The trend never caught on, and Coca-Cola soon gave up on the advertising campaign.