Archaeologists working in the western Aydin province of Turkey have uncovered what they claim is the entrance to the Temple of Zeus. The find marks the discovery of one of the most sacred temples in the ancient Greek city of Magnesia. 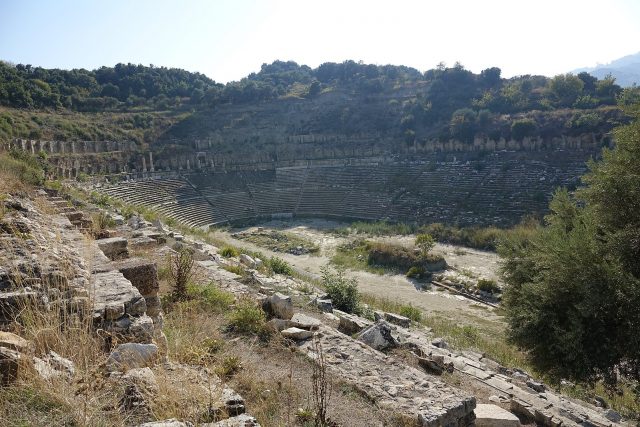 The Temple of Zeus was discovered by an archaeological team led by Görkem Kökdemir, an associate professor in the Department of Archaeology at Ankara University. The excavation began in 1998, and has also uncovered the Artemis sanctuary, theater, stadium, and 80 statues and other items.

“We think that the temple we found in this area is a well-known temple in the history of architecture, just like the Temple of Artemis, which is the fourth largest temple in Anatolia and also located in Magnesia,” Kökdemir explained to the Hürriyet Daily News. 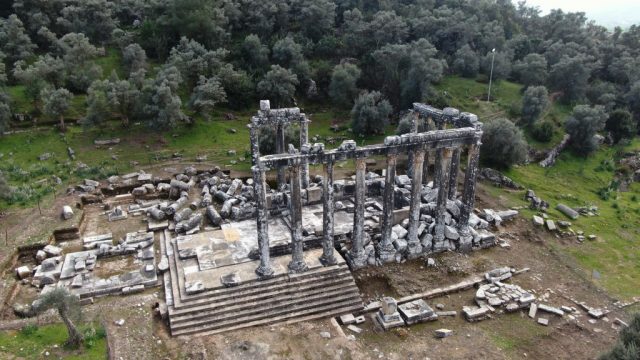 Archaeologists have dated the gate and temple to the third century B.C., a year after Magnesia was established in the fourth century B.C. Magnesia was an ancient Greek city where religious festivals were believed to have been held, including the Artemis Festival, one of the most important events of that period.

“This is a very important city, in terms of religion,” Kökdemir said. “We can call it the city of ‘gods and goddesses.’ This has been revealed by the work carried out so far. Special sanctuaries were built here for many gods and goddesses.”

As well, the city was home to what Kökdemir calls the Delphi Apollo Games, a five-day event involving athletes from the surrounding area.

“In the 3rd century B.C., 2,300 years ago, there were games organized that were equivalent of the most important games in the Mediterranean region, the Delphi Apollo Games,” he said. “Participants from Italy, from Greece, from many points in Anatolia, from the islands, joined in these games that last five days. The games spoke of the significance of Magnesia and also helped the city grow and thrive.”

The 2,300-year-old temple was first uncovered in the early 1890s by German archaeologist Karl Humann before the formation of the Turkish Republic. For reasons unknown, Humann reburied his find, which remained hidden beneath the ground until Kökdemir’s dig.

Pieces discovered during Humann’s excavation are currently housed at the Pergamon Museum in Berlin, Germany as part of a replica of the Temple of Zeus, which includes 90 percent imitation parts. 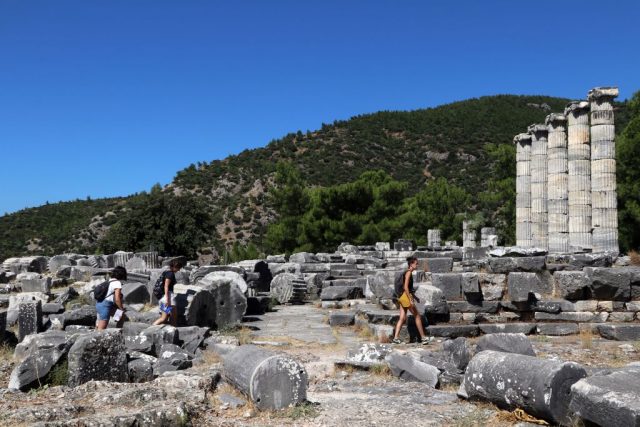 More from us: The Lost Egyptian City Of Thonis Heracleion Submerged for 1000 Years

Excavations at the site are expected to continue for the next few years, with a goal to reveal the entire temple through to the end of the year. Kökdemir expects his team to uncover between 60 and 70 percent of the original temple structure, and the plan is to restore it. The temple once boasted 16-foot-tall pillars and a roof that stood 24-feet above ground.

Kökdemir says it will take between 15 and 20 years to uncover a nearby stadium thought to have a capacity of 50,000 spectators.