E.T. Part 2…? Zeppelin vs Pterodactyls…? Check Out These Bizarre Unmade Movies From The Past 100 Years

It takes a lot to get a movie off the ground – money, talent and more than a stroke of luck. Some make it to screens, some don’t. Those that do are often subject to changes, making them very different from their intended form.

From unrealized fairy tales to tweaked action classics, here’s a rundown of bizarre movies that never got made over the past century.

The House of Mouse is famous for its warm and cozy fare. Though it isn’t unknown for something dark and disturbing to emerge from that iconic fairytale castle. 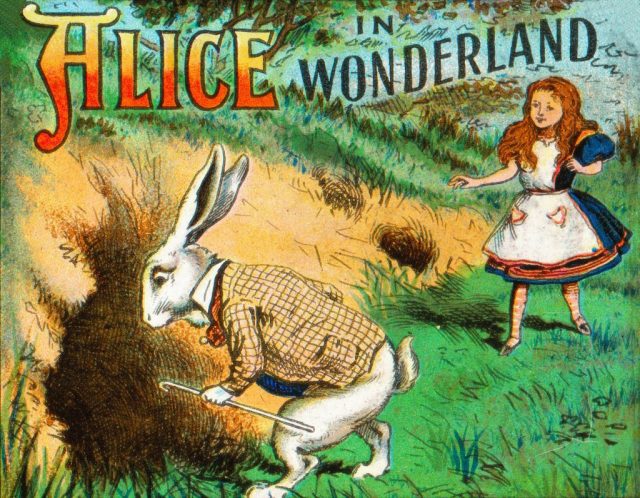 Down the Rabbit Hole’, circa 1900. After the illustrations by John Tenniel. From Coloured Lantern Slides – Primus Junior Lecturers’ Series: No. 776. Alice in Wonderland. Chapter I. Down The Rabbit Hole. [W. Butcher & Sons, London]. Artist Unknown. (Photo Credit: The Print Collector/Getty Images)

In the 1930s, an adaptation of Lewis Carroll’s Alice’s Adventures in Wonderland was developing nicely. Or, should we say, nastily? Artist David Hall was on the creative team. His illustrations give a glimpse into what could have been.

Reviewing a 1986 edition of Alice featuring Hall’s unused contributions, Animator Magazine described the original and unsettling nature of the artworks. Surprisingly strong content. And it gets worse!

Screen Rant mentions Alice’s death by execution during the proposed film’s climax. This version was clearly very different from the eventual animated classic of 1951.

We’re accustomed to seeing cheap and cheerful monster movies with crazy concepts on DVD shelves and streaming services. But the trend could have started much earlier, thanks to Hammer Studios. 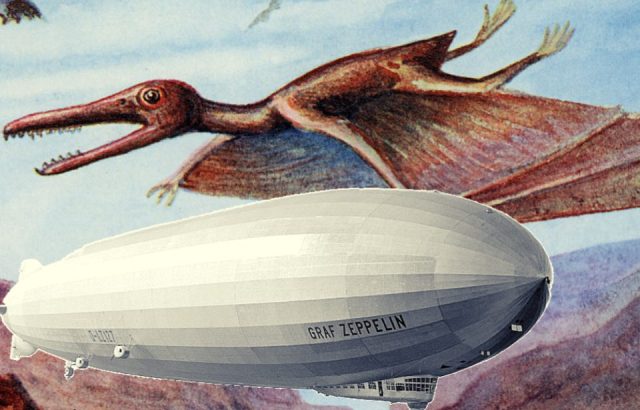 The truly bonkers-sounding Zeppelin vs. Pterodactyls was written in 1970. A promotional image was released but the movie itself never, erm, took off.

In 2020 the Mayhem Film Festival promoted a live reading of the unmade project, reportedly set in the Arctic of the 1920s.

Would a proposed Gladiator sequel have echoed in eternity? Probably, but for all the wrong reasons. According to the BBC, a screenplay was written by Nick Cave. Yes, he of the Bad Seeds. 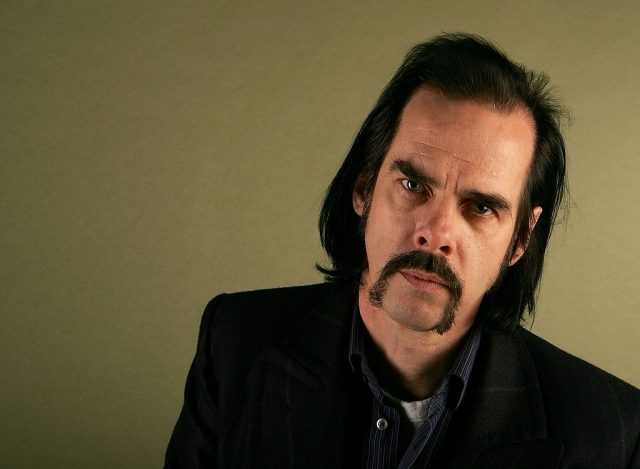 Cave’s involvement was down to Russell Crowe, who personally asked him to be involved. We’re not sure what Crowe was expecting. What he got was a saga of literally Biblical proportions.

In Gladiator part 2, the gods “resurrect Maximus and command him to assassinate Christ ”“ who turns out to be the gladiator’s own son.” Juicy. And a page straight out of the Book of WTF.

The offbeat writer apparently knew full well his offering stood no chance, so appears to have thrown caution to the wind. It’s a shame it didn’t get off the starting block, what with director Ridley Scott’s extraordinary flair for visuals.

Pixar usually strikes a good balance between family viewing and something for the adults. Things seemed to swim away from them, however, with an unrealized movie named Newt. 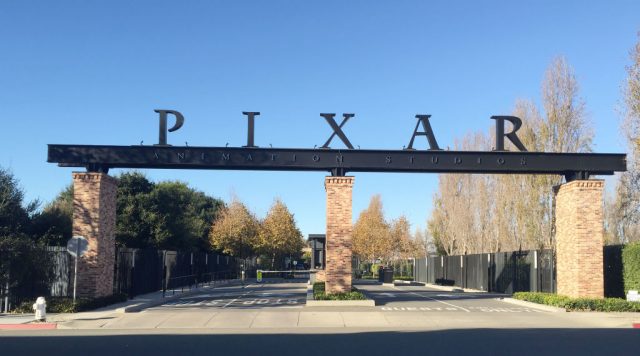 The film was developed, complete with the top quality concept art we associate with the studio behind Toy Story et al. Yet by 2010 Newt was no more. Screen Rant highlights the potentially awkward content. Newt’s story focused on a pair of marine copulators trying to find each other – presumably so they could seal the dirty deal.

Meanwhile, The Pixar Times covers an interview with Ed Catmull, Pixar’s co-founder. He stated that Newt was an “unlikely idea that wasn’t working.” Talk of another, more intriguing concept meant the flick went by the wayside. What was this concept? A little project called Inside Out.

Hammer almost capitalized on the success of Steven Spielberg’s Jaws by bringing a British sea monster to the screen. Loch up your daughters, and anyone else who might make a tasty meal… Nessie was hitting the big screen with a vengeance. 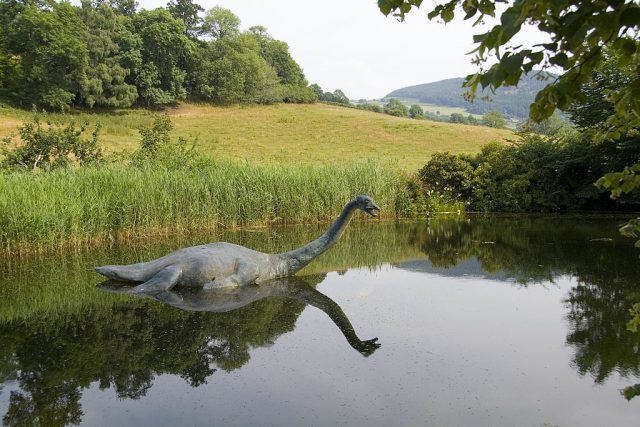 The 1970s promotional image gives you an idea of what the finished product would be. Also, Hammer wasn’t the only producer involved. Godzilla creators Toho were also along for the quirky thrill ride with a Scottish flavor.

Den of Geek writes that “Toho even built the Nessie model and filmed some sequences before Hammer pulled funding.” A bizarre classic was sunk.

Nothing Lasts Forever, aka Die Hard

The basis for Die Hard was Nothing Lasts Forever – a 1979 novel by Roderick Thorp, which focused on his established character Joe Leland. 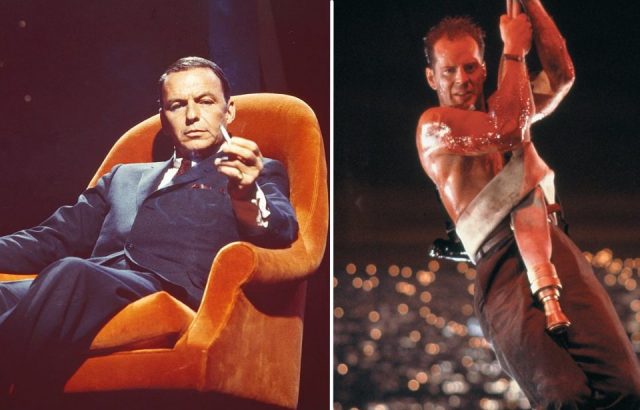 Frank Sinatra starred as Leland in another Thorp adaptation, The Detective (1968). Could he have made the leap (possibly attached to a fire hose) to John McTiernan’s 1988 action fest?

Our next entry is pretty vague, though that only makes it more bizarre. Just what form would a Goldilocks movie starring Danny DeVito, Bob Hoskins and Phil Collins have taken? The idea apparently came from a joke cracked by Collins. 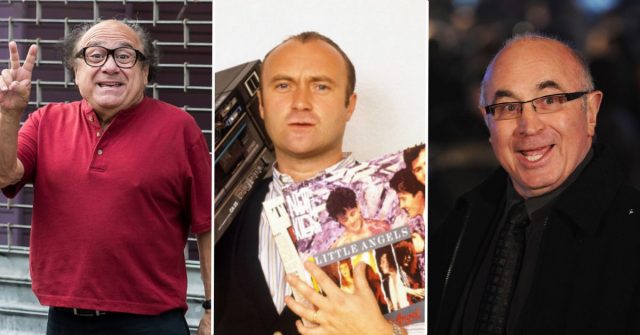 None of them were playing Goldilocks, of course. The trio of stars wanted to become the Three Bears. How did that work? “The film never materialised and no appropriate script was ever said to have been written,” writes Warped Factor.

Robert Zemeckis was apparently on board as a director. Collins mentioned Daryl Hannah as a possible Goldilocks in a 1990 NME interview. He also said that bear costumes weren’t involved.

DeVito reminded people of the project when tweeting about Hoskins’ death in 2014. Hoskins apparently got mistaken for DeVito on more than one occasion, so it makes sense these balding actors would have been more like human beings than honey snatchers.

The Total Recall that finally got released in 1990 starred Arnold Schwarzenegger and was directed by Paul Verhoeven. Before that, however, it had a whole other potential combo – William Hurt and David Cronenberg. 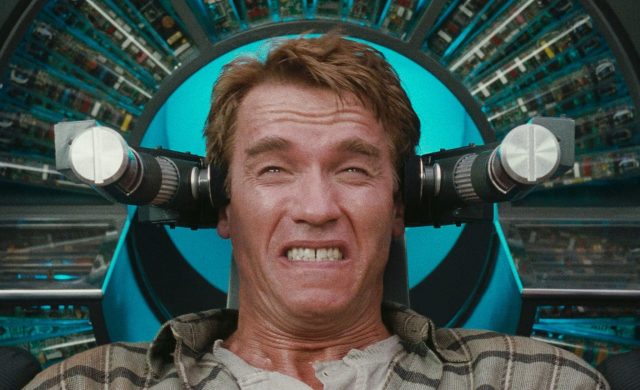 Body horror maestro Cronenberg worked on a screenplay – based on the Philip K. Dick story – for a year. Birth Movies Death noted his approach of “stripping away any sense of levity and camp” that went before.

The controversial director left Total Recall when his script proved to be “in direct contrast to what the producers had hired Cronenberg to make.”

Spielberg wouldn’t dream of making a sequel to his 1982 alien adventure/world-class weepy. Though he did toy with a treatment for E.T. Part 2, following the first movie’s success. 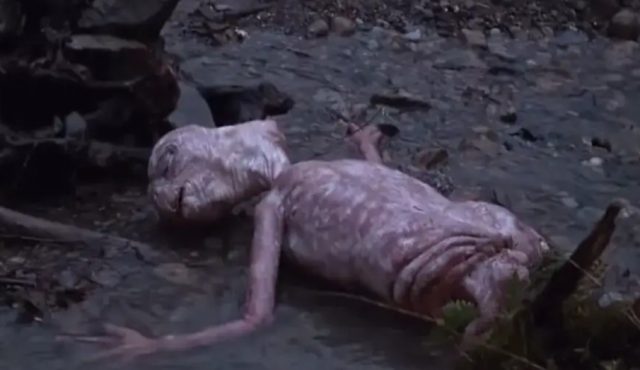 Its subtitle, Nocturnal Fears, suggested we wouldn’t be seeing some charming Speak & Spell-fuelled activity this time around. Indeed, the scenario saw Elliott and company having a close encounter of the bizarre and disturbing kind.

Turns out the long-necked, red-fingered beings of E.T.’s world had otherworldly enemies. Reporting on a YouTube video by Hemmas Studios, AV Club describes them as “albino carnivores with big red eyes and fangs”.

Far from hiding in closets and taking bike rides in baskets, the new aliens had “arrived on Earth to mutilate cattle, and torture the kids for information.” E.T. presumably saved the day, but not quickly enough to avoid traumatizing a young audience.

« Candy Bar Protest: When Canadian Children Fought Against the Price of Chocolate
The Creepy and Creative Art of Victorian-Era Headless Portraits »