On August 15, 16, and 17 of 1969, more than half a million people accumulated on a dairy farmer’s land outside Bethel, New York, for the Woodstock Music and Art Fair. One of the many reasons Woodstock has gone down in history is because of Jimi Hendrix’s iconic performance of the “Star-Spangled Banner.” However, Hendrix almost missed the music festival altogether. He only made it because he teamed up with Neil Young to hot-wire a pickup truck to bring them to the show on time! 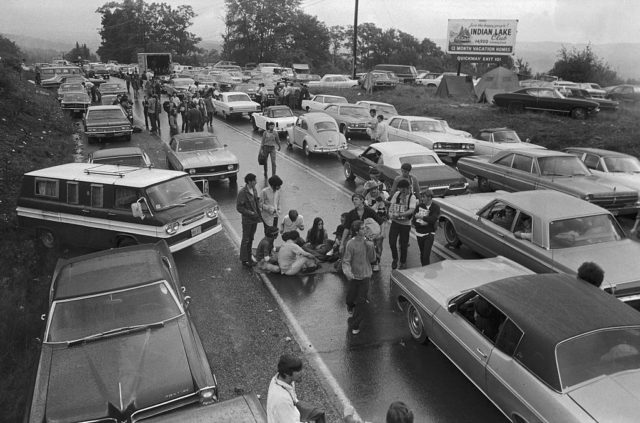 Thousands of cars jam a highway more than 18 miles from the site of Woodstock. (Photo Credit: Bettmann/ Getty Images)

Initially, only about 50,000 people were expected to turn up at Woodstock. However, by August 13, at least that many fans were already camped out on location, with an additional 100,000 tickets pre-sold. As the start of the festival crept closer and more people began arriving, highways and local roads came to a complete standstill. Eventually, concert-goers completely abandoned their cars and walked to the venue.

The Woodstock lineup was jam-packed with legendary artists. Creedence Clearwater Revival, The Who, Jefferson Airplane, Janis Joplin, and the Grateful Dead were just some of the groups that performed at the festival. 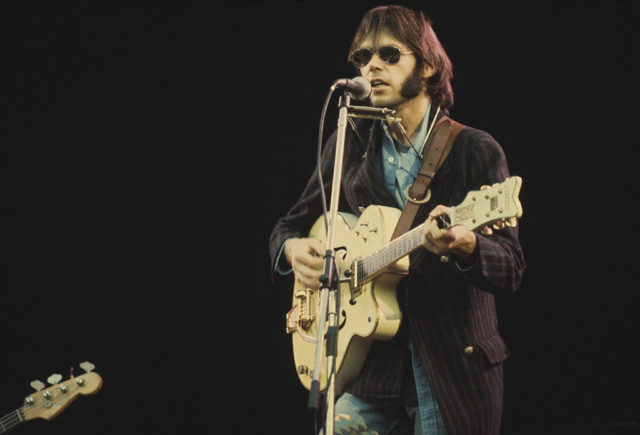 Neil Young was performing that weekend with Crosby, Stills, Nash & Young. In 1979, Young appeared on the radio program “On The Record”  hosted by Mary Turner. During this interview, he was asked about his memories from Woodstock.

Young recalled: “One of the things I remember about Woodstock was trying to get there and play. As it turns out, the charter plane I was on with Jimi Hendrix flew into the wrong airport. We were supposed to be picked up by a helicopter. The roads were jammed and there was nobody at the airport so we had no way to get to the concert.”

This story was corroborated in the authorized Crosby, Stills & Nash biography written by Dave Zimmer. This account states that Neil Young hot-wired a truck with his manager, Elliot Roberts, and Jimi Hendrix. Roberts said, “They got impatient when their lift to the stage area was late in arriving… I went with Neil and Jimi Hendrix in the stolen pickup. Neil hot-wired it, then drove the truck with Hendrix on the hood. Jimi Hendrix was the hood ornament!”

More from us: Musical Twist: Jimi Hendrix and Joe Pesci Once Played in the Same Band

Luckily, both Neil Young and Jimi Hendrix made it in time to perform their sets at Woodstock, and, as they say, the rest is history!