Officially open to the public as of May 10, the new Bob Dylan Center celebrating the musician and his lifetime of work features interactive exhibits and rare, never-before-seen artifacts. The center’s hope is not only to showcase the artist’s incredible life and music career but also to encourage an open debate among expert and novice Dylan fans.

@fmc_dylan first photos from the ribbon cutting ceremony at the opening of the Bob #Dylan Center https://t.co/LcS1hCJjmc pic.twitter.com/lg5knr0Ijt

Dylan fans gathered on Tuesday morning to celebrate the public opening of the Bob Dylan Center in Tulsa, Oklahoma. At the ceremony, a chamber orchestra performed an arrangement of Dylan’s “Blowin’ in the Wind,” and Agalisiga Mackey performed Dylan’s “I Shall Be Released” in the Cherokee language, accompanied by a dobro, harmonica, and mandolin. The Bob Dylan Center’s first Artist-in-Residence, Joy Harjo, also read a piece titled “Tangled” inspired by Dylan’s 1975 song, “Tangled Up in Blue.” 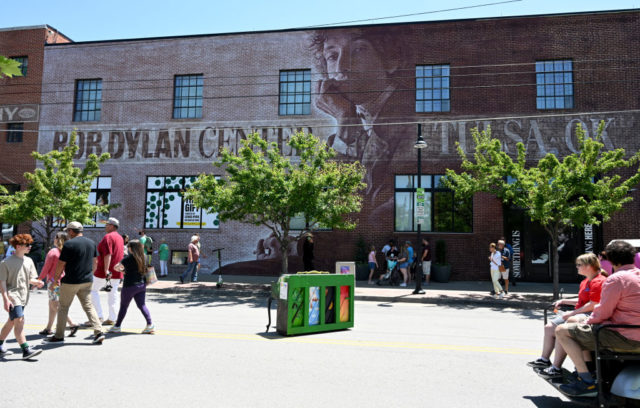 Back in 2016, the George Kaiser Family Foundation and the University of Tulsa acquired the Bob Dylan archives for $20 million. Since then, the Kaiser Foundation has purchased the university’s share and the museum-like center was formed to display those items in an interactive and explorative way.

The center is located at one end of a century-old industrial brick building in downtown Tulsa and features a photograph of Dylan taken by Jerry Schatzberg in 1965. The center shares a building with the Woody Guthrie Center, dedicated to the American singer-songwriter who just so happens to be an early hero of Dylan’s, making the location a perfect fit. 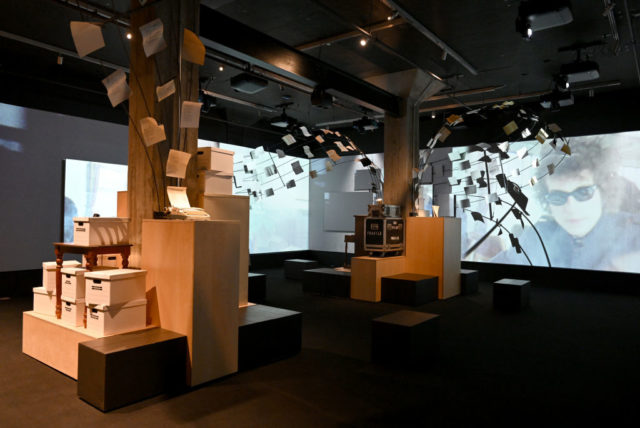 Many of the exhibits at the Bob Dylan Center are intended to be diverse and interactive. Paperwork, films, recordings, photographs, books, musical instruments, and other trinkets number over 100,000 in this archival collection, and the center plans to put many of them on display for mega-fans and curious audiences so they can experience these rare pieces of history. 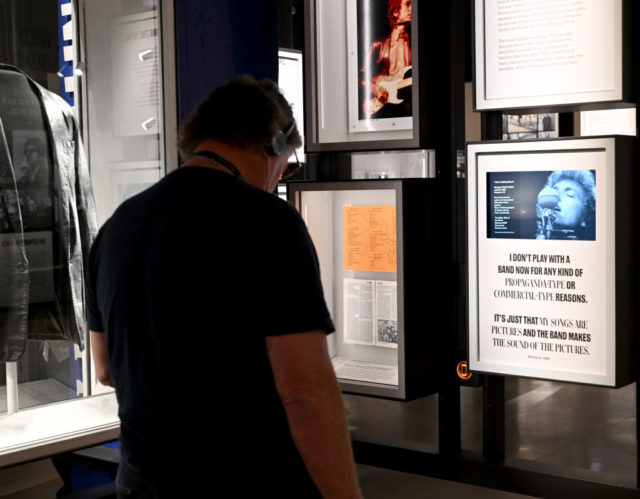 One notable exhibit includes a digital display projecting animated images from three of Dylan’s journals onto what looks like an open book, flipping through the pages to give viewers a glimpse into the notes and scribbles of the artist himself. Another includes a duffel bag full of fan mail from 1966 which has a number of envelopes that Dylan never opened. 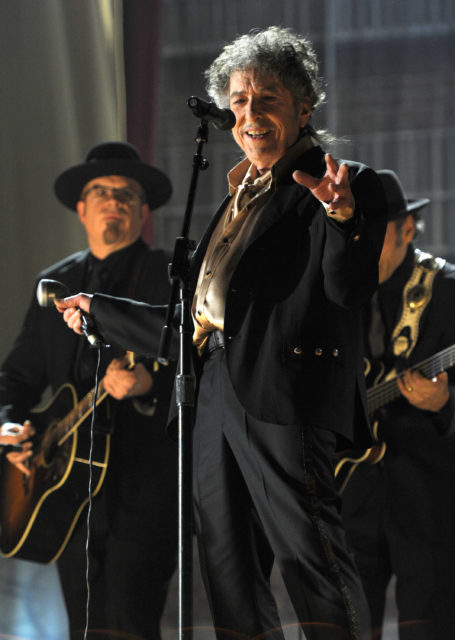 More from us: Bob Dylan had an Obsessive Fan who Always went through his Trash – Here’s Why

Although the entire center is dedicated to showcasing all of the different works and artifacts from Dylan’s life and music career, Dylan himself has not engaged with the center. Outside of having made some early contributions to the archive, such as one of his ironwork gates for the center’s entryway, Dylan has not been involved with the Bob Dylan Center whatsoever. He is known to not be one who looks back on the past.