The evolution and destruction of animal species are parts of the circle of life. Throughout the history of the world, over four billion species have evolved and 99 percent of those are now extinct. What is most shocking, however, is that over the last 500 years, a minimum of 900 species have gone extinct, with many more being classified as at risk for the same fate.

Scientists may have a way of partially reversing these extinctions, and they intend to use ancient DNA and artificial reproduction to bring back one animal that has been gone for nearly 100 years.

When Europeans first settled in Australia there were roughly 5,000 thylacines on the island of Tasmania. Better known as Tasmanian tigers, this animal population quickly diminished due to destruction of habitat, the introduction of disease, and overhunting. Over 2,000 years ago the coyote-sized animal was located in other areas like Papua New Guinea and Australia, but eventually, the only ones remaining were in Tasmania. 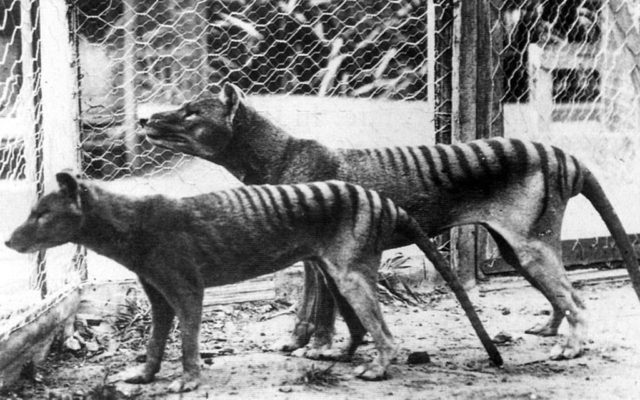 The settlers had many problems with Tasmanian tigers killing their livestock, even if the number of kills was largely exaggerated. In response, the government issued bounties to be paid out if people killed the tigers, which was a very successful system. So successful, in fact, that the species officially went extinct on September 7, 1936, when Benjamin, the last Tasmanian tiger, died at the Beaumaris Zoo.

A second chance for the Tasmanian tiger

The resurrection of Tasmanian tigers is being led by Professor Andrew Pask at the University of Melbourne, who heads the Thylacine Integrated Genetic Restoration Research Lab. The process is complicated, involving the complete reconstruction of the Tasmanian tiger genome. It will then be compared to the genome of the dunnart, its closest relative. 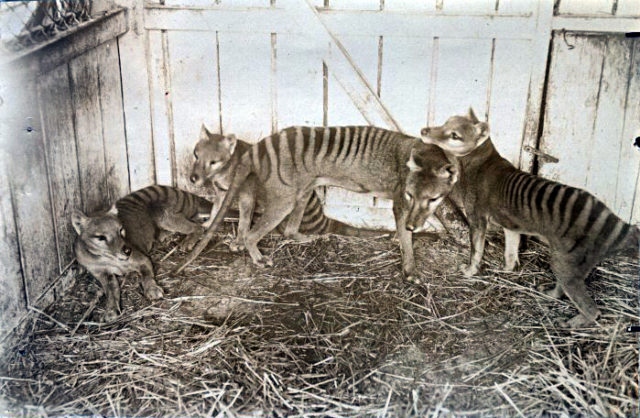 Once the researchers find the differences between the two genomes, they will be able to alter the genome of the Dunnart to essentially make it the same as that of the Tasmanian tiger. Dunnarts will then be used as surrogates to help bring their ancestor back to life. Tasmanian tigers are especially good candidates for the de-extinction process, Pask said. The animal died out relatively recently, quality DNA samples are available, and parts of its natural habitat are still in existence.

Pask outlined the goal of the project: “to restore these species to the wild, where they played absolutely essential roles in the ecosystem. So our ultimate hope is that you would be seeing them in the Tasmanian bushland again one day.”

What about the woolly mammoth?

It’s not just the Tasmanian tiger that might be given another chance, but the woolly mammoth as well. The scientists involved in the Tasmanian tiger project are working in coordination with a group using the same technology to try and bring back the mammoth. The company, started by a genetics professor at Harvard University, received $15 million in funding for its project. 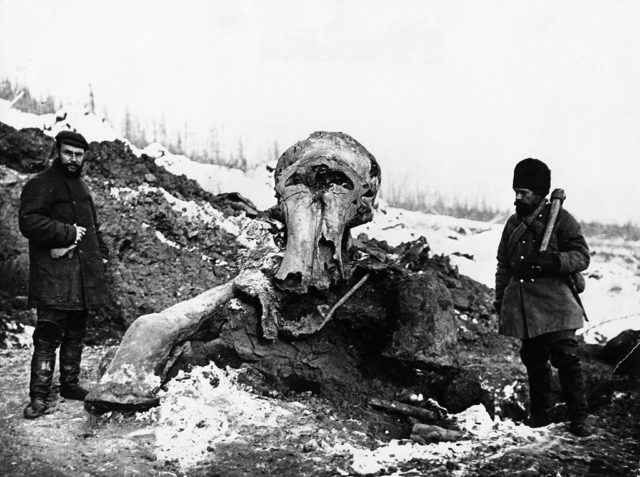 Given how long ago the mammoth went extinct, scientists aren’t intending to perfectly replicate the species but rather to create a similar animal by editing mammoth DNA into the genome of the Asian elephant, a close relative. They want to create a species that is similar enough to the mammoth that it has the same traits and functions, primarily so that they can play a role in combating climate change.

Both the recreation of the woolly mammoth and the Tasmanian tiger are being undertaken as efforts to help with regional ecosystems and problems associated with climate change. The animals each served important functions in their ecosystems. Thylacines could help restore balance to Tasmania’s remaining forests by eliminating sick or weak animals and keeping the populations of overabundant herbivores down.

More from us: Footage of the Last Tasmanian Tiger Ever Seen Alive

Wooly mammoths used to scrape away layers of snow, allowing cold air to reach the soil and maintain the permafrost. The mammoths’ disappearance meant that snow accumulated and warmed the permafrost, releasing greenhouse gases. Some scientists are hopeful that returning mammoths could reverse that trend.

« Is the ‘Goonies’ Legend True? Possible ‘Beeswax Wreck’ Found Off Oregon Coast
Popular ‘It Girls’ in Their 50s and Beyond: See Your Favorites, Then and Now »