Kentucky Friend Chicken (KFC) is still one of the most popular chicken establishments in the world, with restaurants in the United States, Japan, China, South Africa, Russia and the United Kingdom, to name a few. Known for its chicken seasoned with 11 secret herbs and spices, the company is recognized by its red and white marketing colors, as well as the cartoon face of founder Colonel Sanders.

While best known for its chicken, there was a time when KFC thought it could – and should – branch off into selling another kind of meat; instead of restaurants dedicated to just selling chicken, the company also created ones centered around beef.

Colonel Harland David Sanders came from humble beginnings. He first started selling chicken in the 1930s at his gas station in Kentucky. Over time, his food became so popular that he was eventually able to open The Harland Sanders Court and Café. 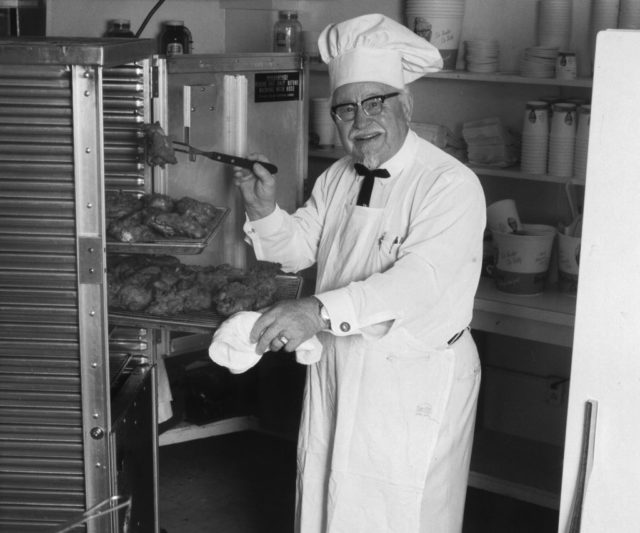 By 1940, Sanders had perfected his famous seasoning blend, the very same one that’s still used on KFC chicken over 80 years later. He franchised his recipe to a restaurant owner in Utah in 1952, after which he decided to sell his original restaurant in Kentucky and travel. This led him to open up franchises throughout the US and Canada.

Along came the 1960s and Colonel Sanders decided to take a step back from the business, selling much of it to a group of investors who would make most of the company’s decisions. That didn’t stop Sanders’ involvement, however, as he continued to serve as KFC’s ambassador. 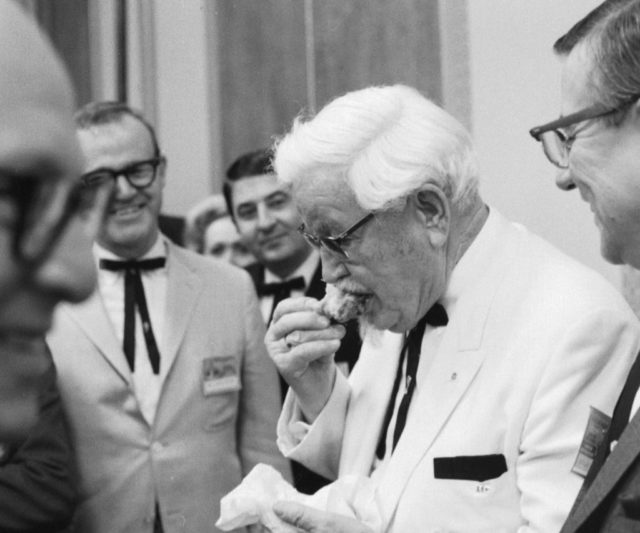 Outside of this, Sanders also had moral authority over the company, and would frequently tell those at the corporate level when he disagreed with their decisions. One such instance was when executives moved the company headquarters out of Kentucky, to Nashville, Tennessee. It was, of course, eventually moved back to Louisville.

His authority, however, didn’t seem to extend to the company’s decision to try its hand at marketing roast beef.

One of the lead investors in the company, John Brown Jr., believed the brand could sell any food, so KFC tried launching the Kentucky Roast Beef restaurant, which oddly also sold ham. The venture was born out of concern about other friend chicken restaurants becoming popular with the public. Executives thought they’d fare better, financially, if they diversified their products. 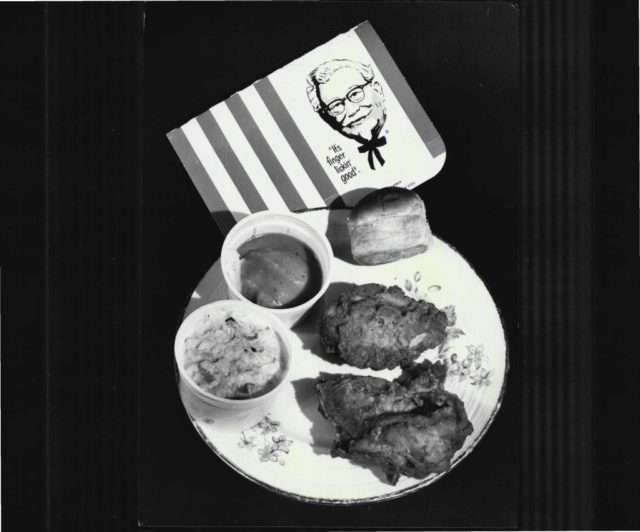 A typical KFC meal, the complete opposite of what was served at Kentucky Roast Beef. (Photo Credit: Pearce / Fairfax Media / Getty Images).

More from us: Matthew Broderick Caused a Fatal Accident That Lots of People Don’t Even Know About

Unfortunately, by the end of the second year, KFC decided to close all of its roast beef restaurants because the meat was costly to make and hard to sell at the price customers expected for fast food – not a successful combination to earn a profit. Most of the buildings were repurposed into KFC restaurants, but some still remain abandoned.