Haast’s Eagle: The Extinction of a Prehistoric Predator

An eagle is one of the larger birds of prey, with many of them boasting wingspans over six feet. The white-tailed eagle has an average wingspan of around seven feet, two inches. As impressive as this is, it pales in comparison to the size of the now-extinct Haast’s eagle, which had a wingspan typically reaching up to eight feet, six inches!

Native to New Zealand, the Haast’s eagle was a fascinating creature whose lengthy wingspan matched its large body size, weighing in around 25 pounds for males and 31 for females. For context, the white-tailed eagle only weighs an average of 10 and a half pounds. Here are the answers to your most pressing questions about the Haast’s eagle: what did these incredible birds look like, how did they go extinct, and did they really prey on humans?

Size and shape of the Haast’s eagle

The Haast’s eagle was first discovered in 1871, when Julius von Haast conducted research on the remains of a bird discovered in a marsh. Future discoveries of skeletons allowed researchers to better understand the different features of this prehistoric predator. 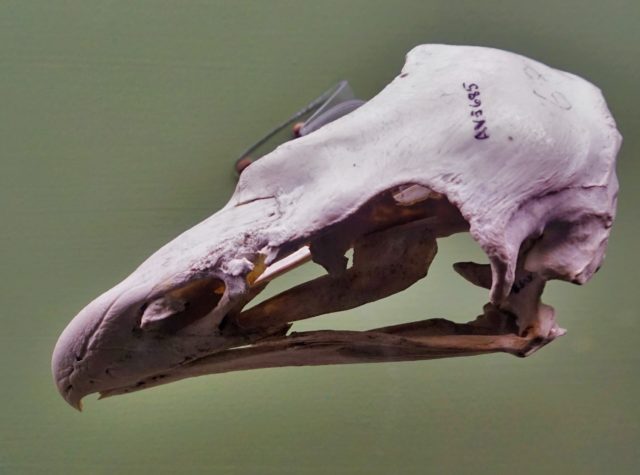 Interestingly, the wings are large compared to modern standards but short compared to other birds of the time. It’s believed that this shortened wingspan helped the eagle while it was hunting in areas that were heavily forested. This also indicates that it likely inhabited the forests as well. The Haast’s eagle had large talons which were used for hunting and not scavenging like some other birds.

Researchers also inferred that it had a long tail, and strong legs and wings which meant it could take off from just a jump. Given the shape and size of the bird, it is commonly believed that it would have been at the top of the food chain in the South Island area of New Zealand that it inhabited.

The Haast’s eagle was the largest eagle that’s ever lived. It was also a vicious predator, able to take on animals much larger than what a modern eagle would hunt. Their unique physiology allowed them to better hunt their primary prey: the moa. These were flightless birds, similar in build to emus but varying in size depending on the species. 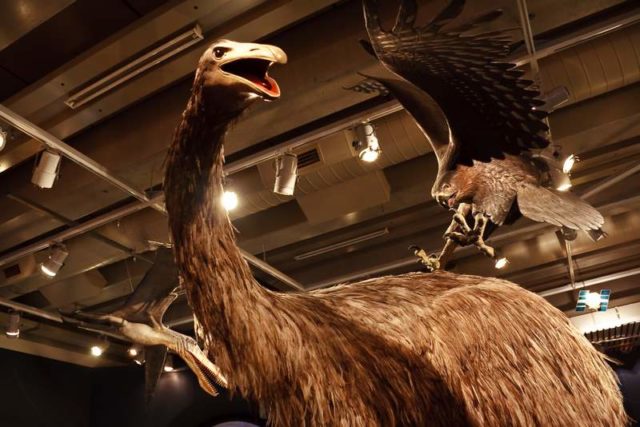 While Haast’s eagles were large, Dinornis robustus and Dinornis novaezelandiae, the two biggest moa species, were significantly larger. They reached up to 12 feet tall with their long necks. In order for the Haast’s eagle to handle an animal so large, they were equipped with strong talons and vulture-like heads.

Their appearance has been deduced in part by studying cave art created by the Māori people, which depicts the eagle with a pale, likely bald, head. As moa could be so large, there was no possibility that the eagle could carry it away to eat later. This means they had to adapt to eat their prey as soon as it was killed, hence a featherless head that would remain clean while the eagle ate.

The Haast’s eagle was driven to extinction

If the Haast’s eagle was such an impressive predator, then why did it become extinct? For the same reason as most animals – human influence and overhunting. Around 700 years ago the Māori people settled in what is now New Zealand. This had a deep and lasting impact on the local ecosystem. Archaeologists have found an abundance of moa remains at various research sites, indicating that it was clearly a staple in the diets of the Māori people.

This impacted the Haast’s eagles, as they were forced to reckon with the overhunting of their primary prey. There is a clear correlation between when the moa became extinct and when the eagles did. In addition to the dwindling food source, the eagles also faced the destructing of much of their natural habitat and the threat of hunting given their new, close proximity to humans.

By the 1400s, the Haast’s eagles were generally considered to be extinct, as were the moa. There are some who say a pair of the eagles were seen and killed in the mid-1800s, but this has not been confirmed. Instead, it is more likely that they were different eagles.

The stuff of legend

The close proximity between the Haast’s eagle and the Māori can be seen in the many references to the bird in their legends. It is given different names – Hokioi, Hakawai, and Pouakai – each of which has a different association. While some think these birds were something other than Haast’s eagles, the Māori are still commonly associated with this predator. The Pouakai was mythologized as a monstrous bird that was known to kill and eat humans. 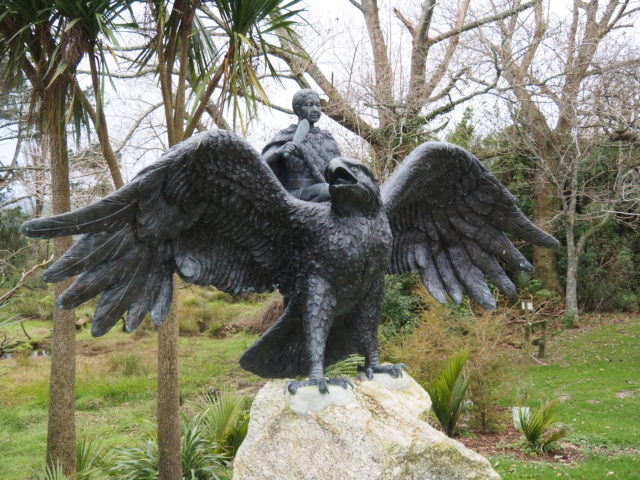 More from us: The Discovery of a 2,000-Year-Old Statue Might “Rewrite History”

So did the Haast’s eagle really hunt humans? Although there’s no evidence of this, it’s very possible – even probable – that they did. After all, humans were smaller than their usual prey.