Elizabeth Hurley Claims It Was a ‘Nightmare’ Working With Matthew Perry

Best known for his role as Chandler Bing in the hit sitcom show Friends, Matthew Perry has recently spoken out about the many challenges he faced with opiate and alcohol addiction in his book Friends, Lovers and the Big Terrible Thing. In doing so, he also talked about his experiences working with a variety of different Hollywood stars, including Elizabeth Hurley. The Austin Powers star offered her take on their time working together on Serving Sara.

While Friends, Lovers and the Big Terrible Thing does talk about much of Perry’s acting career, he puts more of an emphasis on recounting how he struggled with addiction throughout. According to him, he attended roughly 6,000 AA meetings, detoxed 65 times, and spent a staggering $7 million in an effort to get sober. Additionally, he attended rehab on 15 separate occasions and had 14 surgeries for drug or alcohol-related issues. 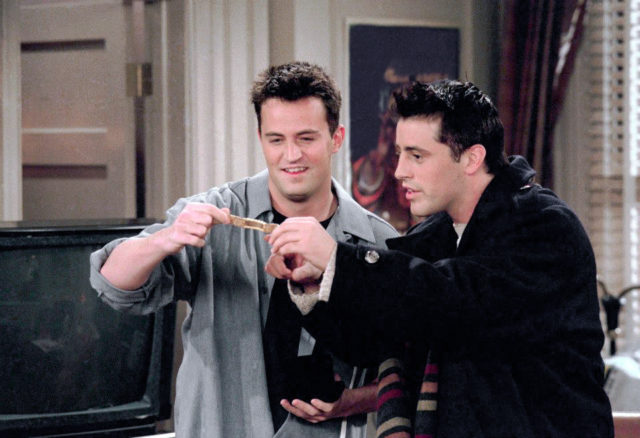 Matthew Perry as Chandler Bing and Matt LeBlanc as Joey Tribbiani in a publicity still for the second season of Friends. (Photo Credit: kb/ The WB Television Network/ MovieStillsDB)

He decided to be honest about his struggles in the hopes that what he was saying might resonate with others who were in similar situations. In an interview with ABC News he said, “For some reason – it’s obviously because I was on Friends – more people will listen to me. So I’ve got to take advantage of that. I’ve got to help as many people as I can.” As with his startling recollections of his addiction, he is equally as honest about how this affected his career.

One particular instance he recounted was while he was working on the film Serving Sara with Hurley. The pair played the two leads in the 2002 romantic comedy, which follows a process server who is tasked with serving a British socialite with divorce papers until she manages to convince him to serve her husband instead. While filming, Perry was also working on Friends, causing an increased workload that only made his struggle with addiction worse. 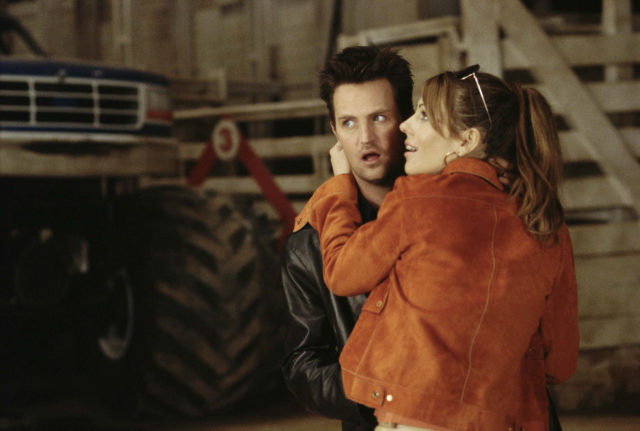 He said that at the time he was drinking a quart of vodka smuggled into a water bottle, as well as consuming different opiates: “I weighed 155 pounds, on my way to 128 pounds.” Things got so bad that the production of the movie had to be shut down while he spent two months in rehab, something that made Hurley “pissed off.” Even when he returned, the production schedule was lengthened as they had to re-record much of his audio to get rid of the slurring in his voice.

In response to Perry’s discussion of her and Serving Sara in his book, Hurley said “I haven’t actually read the book yet, but I’ve read [excerpts] of it. It’s quite interesting. He’s a very funny writer like he’s a very funny man. He’s an incredibly gifted comedian…his way with words is fantastic. I have very fond memories of him.” Yet she didn’t shy away from discussing some of their on-set difficulties. 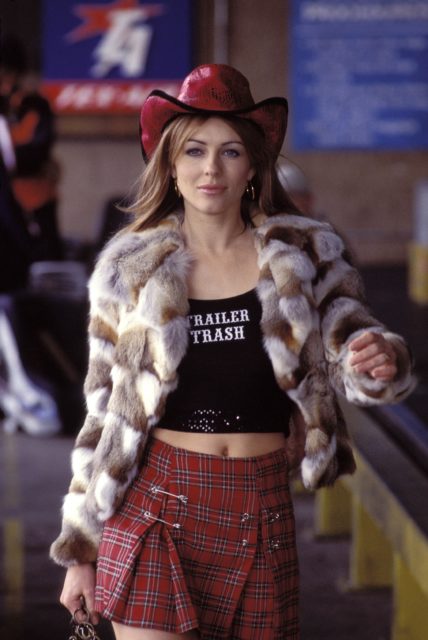 “To be honest, it was a nightmare working with him at that time and, as it’s now known, our movie was shut down because of his addiction. We were in a force majeure and had to all sit at home twiddling our thumbs for some time.” It appears that there were no hard feelings as “he came back and he was fabulous.”

More from us: Phil Hartman: The Tragic End of an ‘SNL’ Legend

Although she was likely frustrated at the time, as Perry said in his book, Hurley was incredibly empathetic to him: “You could see he was suffering.”

« Haast’s Eagle: The Extinction of a Prehistoric Predator
How Did Chris Farley Die? Inside the Comedian’s Final Days »