It’s common knowledge that not all celebrities enjoy working with their fellow co-stars. However, there are some who dislike each other so much that they refuse to work together, even to this day. Here are five celebrity feuds that started backstage and continue to cause rifts in Hollywood.

Julia Roberts and Nick Nolte starred together in the 1994 film, I Love Trouble. It follows two competing journalists working to unravel the reason behind a train derailment. The film was initially meant to be a romantic comedy, but was changed to a suspense thriller due to bad blood between its co-stars. 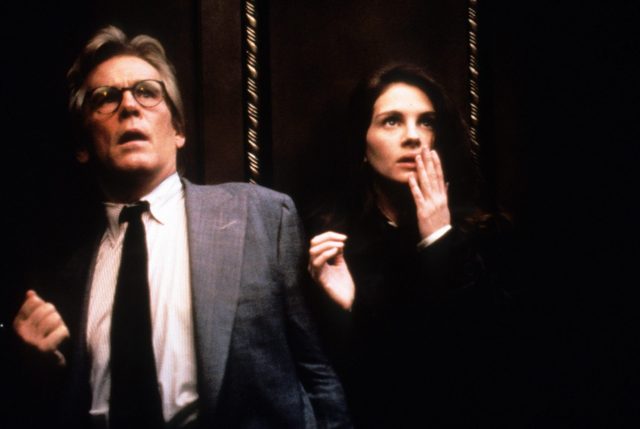 Roberts and Nolte reportedly couldn’t stand each other, resulting in hostile behavior on set. It’s said Roberts wasn’t a fan of Nolte’s “machismo” behavior and threw several tantrums, while Nolte disapproved of his co-star’s behavior and purposely went out of his way to aggravate her.

The pair requested stand-ins when possible, but this didn’t stop their dislike for each other showing in the film’s final product. While Disney tried to deny there were any issues, the pair’s later interviews proved the rumors to be true.

In an interview with the New York Times, Roberts called Nolte “charming and nice,” but “completely disgusting,” and when speaking with David Letterman years later performed an unflattering impression of her former co-star. Nolte responded to Roberts, saying she is “not a nice person.” 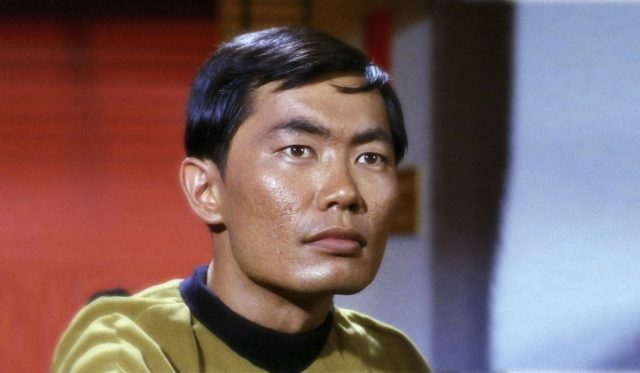 The feud between William Shatner and George Takei began while the pair were starring in the original Star Trek series. It’s lasted ever since and, by the looks of it, has only grown worse over time.

According to Takei, Shatner was not a team player. He said, “Canadians have a certain image of being even-tempered and friendly and all that. Well, he is a person who is that way with himself. He is very self-centered.”

Shatner has shot back, putting into question Takei’s mental health. “There’s such a sickness there, it’s painfully obvious that there’s psychosis there,” he said. “I don’t know what his original thing about me was, I have no idea… I literally don’t know him. I [didn’t] know him very well on the series. He’d come in for a day or two, as evidenced by the role he played.”

The pair have made it clear they have no intention of working together again. 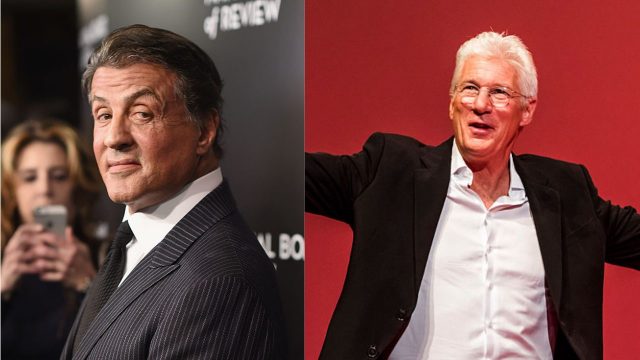 Sylvester Stallone and Richard Gere were meant to star together in 1974’s The Lords of Flatbush. Unfortunately, a disagreement between the pair led to Gere being fired several weeks into production and being replaced by Perry King.

In a 2006 interview with Ain’t It Cool News, Stallone revealed their beef started over a greasy chicken: “We were rehearsing at Coney Island and it was lunchtime, so we decided to take a break, and the only place that was warm was in the backseat of a Toyota. I was eating a hotdog and he climbs in with a half a chicken covered in mustard with grease nearly dripping out of the aluminum wrapper.

“I said, ‘That thing is going to drip all over the place.’ He said, ‘Don’t worry about it.’ I said, ‘If that gets on my pants you’re gonna know about it.’ He proceeds to bite into the chicken and a small, greasy river of mustard lands on my thigh. I elbowed him in the side of the head and basically pushed him out of the car.”

It’s thought Stallone started that ridiculous rumor involving Gere, a gerbil, and a visit to the ER. While Stallone denies this, his former co-star believes him to be the mastermind. 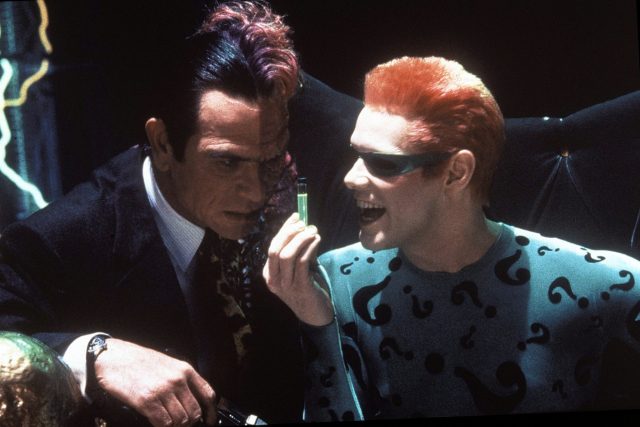 Batman Forever might not be the best film to feature the Dark Knight, but that’s not why it’s making this list. As it turns out, Jim Carrey and Tommy Lee Jones, who played the Riddler and Harvey Dent, respectively, did not get along. The reason? Jones’ ego.

Carrey became aware of Jones’ dislike for him after running into him at a restaurant during filming. As he told The Howard Stern Show, “The blood drained from his face in such a way that I realized that I had become the face of his pain or something. And he got up, kind of shaking, and hugged me and said, ‘I hate you. I really don’t like you.’ And I was like, ‘Wow, okay, what’s going on man?’ And he said, ‘I cannot sanction your buffoonery.'”

Director Joel Schumacher confirmed Carrey’s account in a 1996 interview with Entertainment Weekly, saying, “Jim Carrey was a gentleman, and Tommy Lee was threatened by him. I’m tired of defending overpaid, over-privileged actors. I pray I don’t work with them again.” 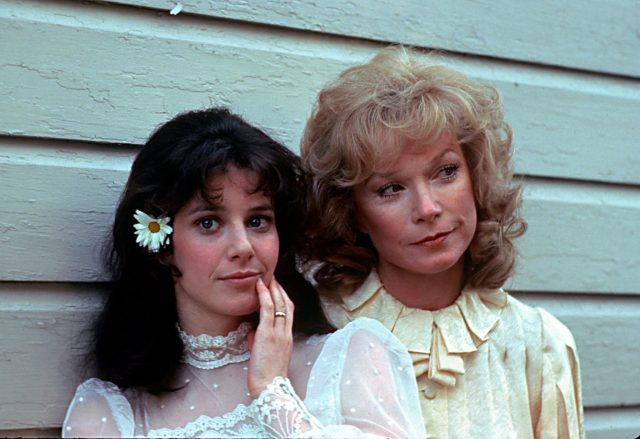 According to reports, MacLaine quickly grew tired of Winger’s antics, which included her lifting up her skirt and farting in her face. Her drug addiction at the time also caused her to act erratically on set and clash with her co-stars.

Things came to a head at the 1984 Academy Awards. Both were nominated for Best Actress for their performances in the film. MacLaine ended up taking home the award, and to further rub it in Winger’s face, ended her speech by saying, “I deserve this, thank you!”

More from us: The Feud Between Bette Davis and Joan Crawford

The pair’s feud continues to this day, and Winger is not shy about discussing it. Over the years, she has continued to bring it up in interviews, meaning the likelihood of them working together in the future is pretty slim.