As of 2022, it’s been 100 years since archaeologist Howard Carter discovered King Tutankhamun’s tomb. The excavation that followed yielded stunning treasures unlike the world had seen before, mainly because so many ancient tombs had been pillaged by grave robbers before being uncovered. In the years after the discovery, King Tut and his treasures have played not only an important role in history, but also in shaping and influencing pop culture through the “Tutmania” phenomenon.

Just a year after King Tut’s tomb was discovered, the boy king had a song written about him: “Old King Tut.” The upbeat music was composed by Harry Von Tilzer and William Jerome as a heavily embellished retelling of his life.

It became an incredibly popular song to dance to, particularly for the Charleston which was rising in popularity during the ’20s. Although this became one of the best-known King Tut songs, it wasn’t the only one.

Comedian Steve Martin wrote his own song, “King Tut,” which he performed with members of the Nitty Gritty Dirt Band under the pseudonym The Toot Uncommons. The song not only talked about the pharaoh but also the Treasures of Tutankhamun exhibition that was traveling throughout the US at the time. It was first performed on April 22, 1978, on Saturday Night Live.

It went over incredibly well with the audience and was eventually released as a single later the same year. Although the song was never intended to be a hit, it ended up selling over one million copies and even landed on the Billboard Hot 100 list. Initially, it was meant to be a spoof on the commercialization of King Tut but ended up becoming just as popular and commercialized.

King Tut’s name could sell music and imagery associated with him was also used to market various products, including cigarettes, “King Tut Brand Lemons,” and airfare to Egypt with Imperial Airways. 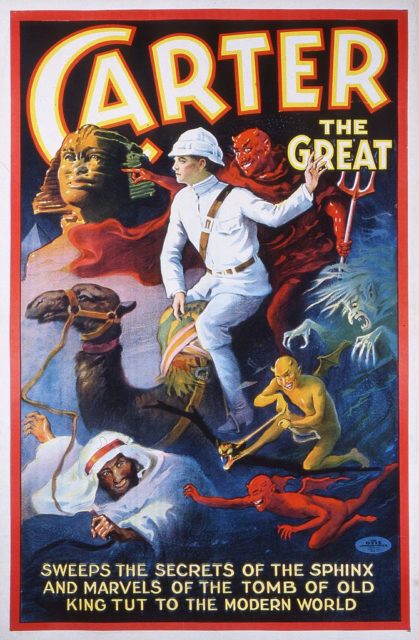 Others, like magician Carter the Great, used the discovery of King Tut’s tomb as a way to draw in an audience. He was known for creating acts that focused on topics of public interest. He used images from the discovery on his show poster and also incorporated elements of the story into his act.

King Tut was even made into a villain by DC for their Batman television series that ran from 1966 to 1968. He was first introduced in the episode “The Curse of Tut,” played by Victor Buono. From the beginning, he was a hit as a character, likely in part because of how fascinated the public was with anything remotely related to Tutankhamun. 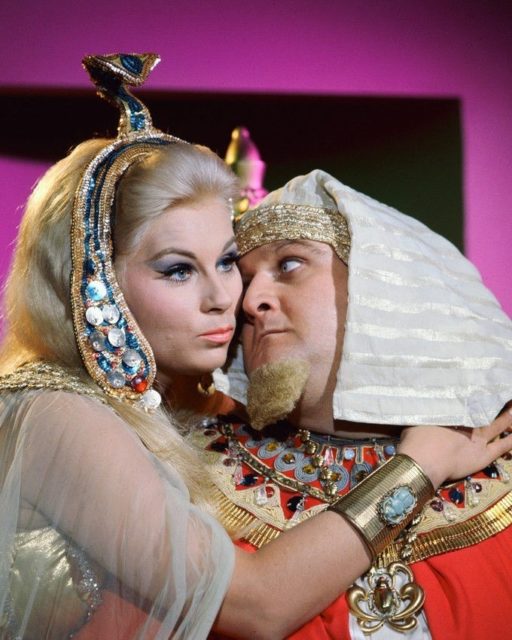 A recurring character throughout the series, King Tut was initially known as Professor William Omaha McElroy, an Egyptologist at Yale University. He would hit his head, get amnesia, and believe that he was the reincarnation of King Tut. What followed was his attempt to take over Gotham City from Batman, until he’d inevitably hit his head again and return to being McElroy.

Tutmania extended far beyond the fascination with King Tut the pharaoh, and also to Egypt in general. There were many elements of ancient architecture that were blended into modern buildings in the decades following Howard Carter’s discovery. In particular, there was a series of Egyptian theaters built in the United States that became quite famous. 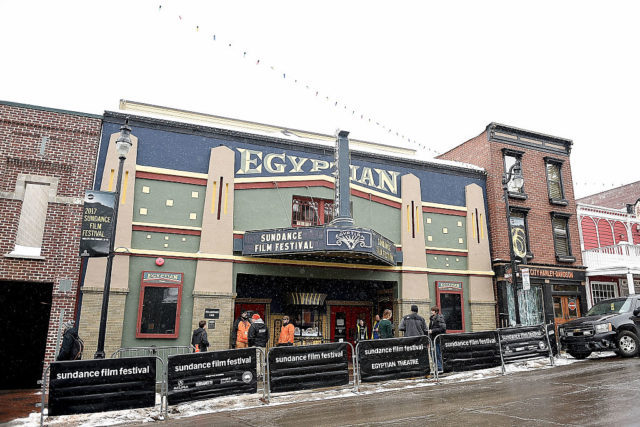 A view of the Egyptian Theater ready for use at the 2017 Sundance Film Festival in Park City, Utah, January 19, 2017. (Photo Credit: Matt Winkelmeyer/ Getty Images)

The first was Grauman’s Egyptian Theatre in Hollywood which was filled with elaborate Egyptian models and opened in 1922. It is estimated that there were roughly 100 theaters of this kind that were created throughout the country, many of which are still open to this day. The theater in Park City, Utah was even used as part of the 2017 Sundance Film Festival.

Perhaps one of the biggest impacts that King Tut had on pop culture was the way that his discovery influenced fashion. It didn’t take long for trends to pick up the symbols and decals of ancient Egypt, including King Tut’s burial mask and other elaborate gilded designs. Many flappers of the 1920s took on these styles as part of their elaborate clothing. 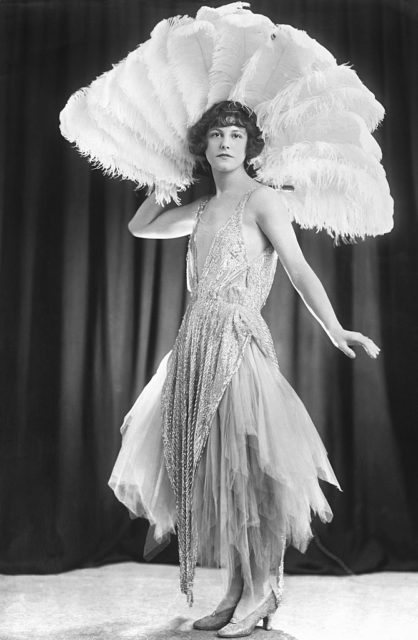 It wasn’t just during the ’20s when these designs were popular. It’s still common for modern runways, such as those of Christian Dior, to feature elegant and intricate clothing based on King Tut and other Egyptian motifs. There was clothing found when the tomb was excavated, and many of the designs have been recreated by modern textile workers.

With Tutmania sweeping throughout the world, it’s no wonder that the films being produced at the time were influenced by the phenomenon. One example was the popular 1932 film The Mummy, which drew heavily from the discovery of King Tut’s tomb. Following the excavations, there had been a series of deaths that were attributed to the pharaoh’s curse. 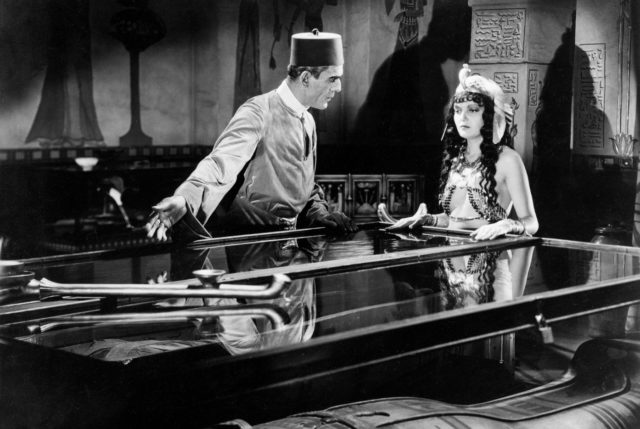 Boris Karloff as Imhotep and  Zita Johann as Princess Ankhesenamón in a promotional still for The Mummy (1932). (Photo Credit: SpinnersLibrarian/ Universal Studios/ MovieStillsDB)

Hollywood took this idea and ran with it, making it the central plot of The Mummy. The same idea was carried over into the future remakes of the movie, in 1999 and 2017. Although the plot changed, they were all centered on the idea that there was an ancient Egyptian curse.

As if films, architecture, and fashion weren’t enough, the King Tut craze also influenced the world of candy making. Now, Terry’s is known for their “Chocolate Orange” but they once made the “Pyramint” instead, a dark chocolate pyramid with a mint filling. It was first released in 1988, during the second wave of Tutmania, and was eventually discontinued when its popularity passed.

More from us: The Grauman’s Chinese Theatre Footprint Tradition Started By Accident

It wasn’t just Terry’s that capitalized on this market. There was also a candy called “Yummy Mummies” with packaging and design meant to evoke images of ancient Egypt.