Los Angeles’s infamous Viper Room, which was once Hollywood’s hot spot, is set to be destroyed. It was announced in 2022 that the old Viper Room will be replaced with a 12-story building with luxury condominiums, stores, and restaurants. As the old nightclub is set to be demolished, we thought we’d look back at The Viper Room’s illustrious history.

It was originally a grocery store 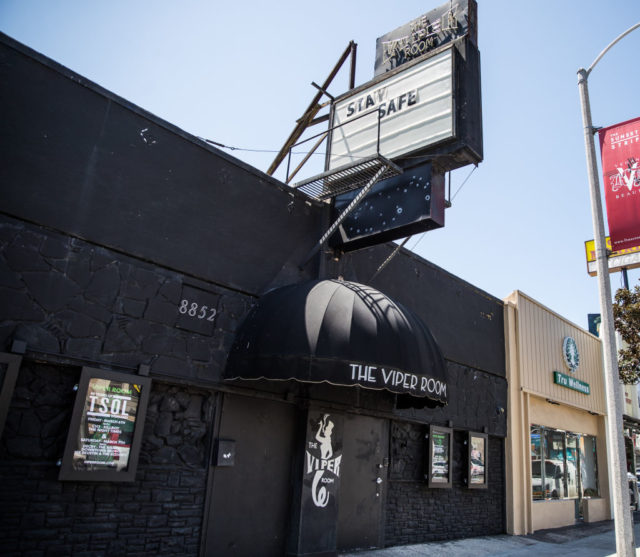 The Viper Room that we know today first opened on the Sunset Strip in 1993. The location itself initially operated as a grocery store from 1921 into the 1940s. In the 1940s, the building was converted into a nightclub known as the “Cotton Club,” although it was completely unrelated to the Cotton Club located in New York City.

The building went through several name changes, though since the 1940s it remained some sort of nightclub. By the 1980s, the building had turned into a jazz club called “The Central.” By the early ’90s, the club was close to being closed for good when musician Chuck E. Weiss, who often performed at The Central, encouraged his friend Johnny Depp to buy the building.

The Viper Room officially opened in 1993. Actors Johnny Depp and Sal Jenco owned the nightclub. Depp wanted to open a venue where he could hang out with his famous friends and play guitar away from the prying eyes (and lens) of the paparazzi. 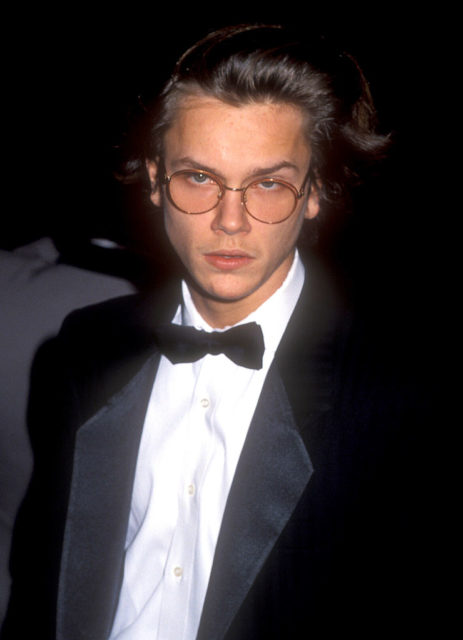 Tragedy struck shortly after The Viper Room opened when actor River Phoenix died outside the nightclub on October 31, 1993. At just 23-years-old, River Phoenix was one of the most beloved stars of the 1990s. Phoenix had struggled with addiction. While filming the movie Dark Blood in Utah and New Mexico, Phoenix had reportedly stayed sober for two months, but sadly, his sobriety did not last.

While on a filming break, Phoenix returned to Los Angeles. Upon his arrival, the actor went on a massive binge with Red Hot Chili Peppers guitarist John Frusciante. A few days later, on October 30, 1993, River decided to visit The Viper Room with his girlfriend Samantha Mathis, his brother Joaquin Phoenix, and his sister Rain Phoenix.

Samantha Mathis felt like something wasn’t right. She later remembered that “something was wrong that night, something I didn’t understand. I didn’t see anyone [using substances] but he was high in a way that made me feel uncomfortable – I was in way over my head.” On the evening of October 30, Mathis went to the bathroom. When she came out, she thought she saw Phoenix in a scuffle with another man. The bouncer then pushed the two out of the nightclub. 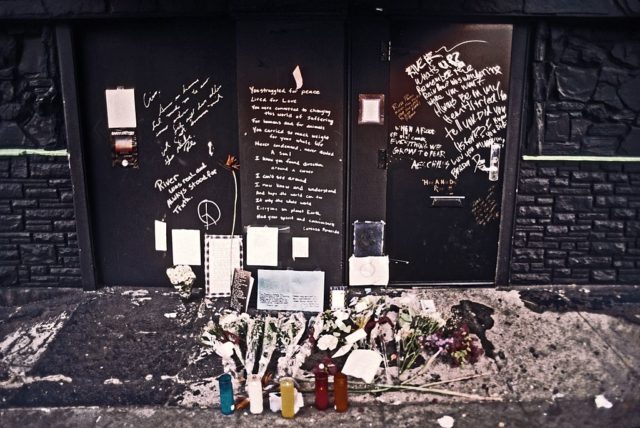 The exterior of The Viper Room the day after the death of actor River Phoenix. Fans have left flowers, candles and notes at the spot where he collapsed on November 1, 1993 in Los Angeles, California. (Photo Credit: Michael Ochs Archives/ Getty Images)

When Samantha saw them out on the street after they were kicked out of the club, Phoenix was convulsing on the pavement outside. His brother, Joaquin, called 911. The call was later leaked to news stations. Joaquin desperately said to the 911 operators: “He’s having seizures! Get over here please, please, ’cause he’s dying, please.”

By the time the paramedics showed up, River Phoenix had already flatlined. He was already gone but was pronounced dead later at the hospital. His official cause of death was an overdose.

Still a hotspot throughout the 1990s 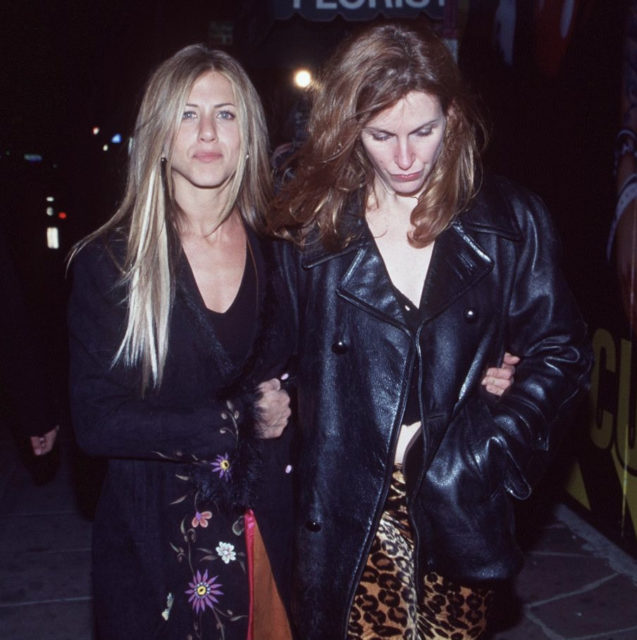 Despite River Phoenix’s tragic death outside the nightclub, it continued to be a hotspot for celebrities throughout the 1990s and into the early 2000s. It wasn’t uncommon to see A-list stars, including Charlize Theron, Keanu Reeves, Jennifer Anniston, Pamela Anderson, and a young Leonardo DiCaprio, all rubbing shoulders at The Viper Room on any given evening.

There was almost another near-overdose at The Viper Room in January 1995. During a 21st birthday party hosted for supermodel Kate Moss, Neighbours star Jason Donovan suffered a substance-induced seizure at the club. As Donovan later recalled in his memoir, “With Johnny [Depp] on guitar, Michael [Hutchence] started to sing the Van Morrison classic ‘Gloria’… We were halfway through the song, belting out the chorus, when I realized I was about to go. I knew the symptoms all too well… My heart was racing, my vision was blurry and I was becoming disoriented.” Luckily, Donovan was okay and survived. 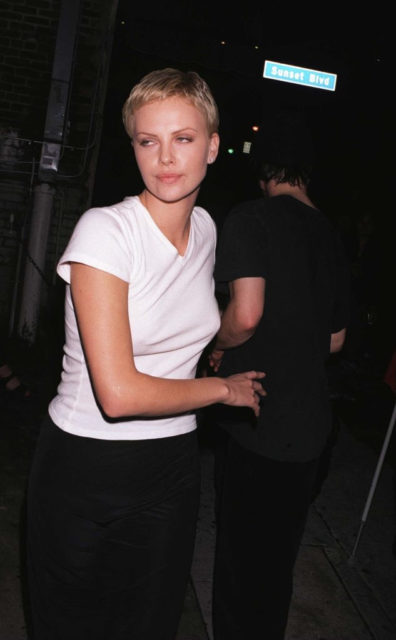 In November 1997, Australian rockstar Michael Hutchence of INXS gave his final performance at The Viper Room. Ten days later, he took his own life in his hotel room in Sydney, Australia. 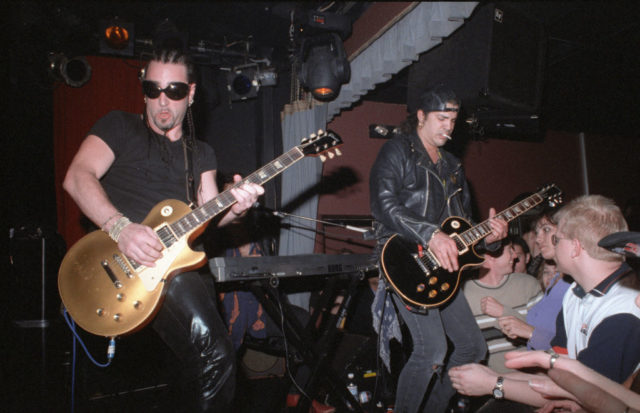 In 2004, Johnny Depp sold his stake in The Viper Room. That same year, the original blockbuster Spiderman, Tobey Maguire, approached The Viper Room’s co-owner Darien Feinstein about hosting high-stakes poker games in the basement of the club. Entrepreneur Molly Bloom was hired to run the games, which ended up attracting a number of A-list movie stars, including Ben Affleck, Matt Damon, and Leonardo DiCaprio.

More from us: The Party Scene Before Social Media – Candid Photos of Wild Early 90s Hollywood

Despite all its history, The Viper Room is set to be developed into a high-rise starting in 2023. The LA-based firm Silver Creek Development will turn the legendary 8852 West Sunset Boulevard into a residential building with cafes, restaurants, and a luxury hotel. However, there are rumors that the new complex will feature original Viper Room memorabilia throughout the building.