As the crown jewel of Van Halen’s top-selling album, 1984, the hit single “Jump” remains an instantly recognizable powerhouse of the pop-rock genre of the 1980s that the group helped to define. The year 1984 could arguably be the most “’80s” year of a decade that was known for the financial excesses of western civilization and giant leaps forward in technology and culture.

While teenagers packed movie theaters to watch Footloose and Ghostbusters, Michael Jackson’s Thriller, Prince’s Purple Rain, Run-DMC’s Run-DMC, Bruce Springsteen’s Born in the U.S.A., and Madonna’s Like a Virgin all had multiple singles on the charts, along with many other iconic hit songs.

While 1984 only reached number two on the Billboard charts (it was difficult for any artist to compete against the unstoppable Thriller), “Jump” easily hit number one as a single due in no small part to the accompanying video’s heavy rotation on MTV. Read on for some facts about Van Halen’s iconic song.

Synthesizers in a rock band?

The Van Halen family moved from Amsterdam to Pasadena, California, in 1962 when Eddie was seven. Long before he and brother Alex became rock gods, they won local classical music competitions as elementary school students playing piano. Surprisingly, Eddie’s piano teacher never trained him to read music. He learned by ear and from watching other players. 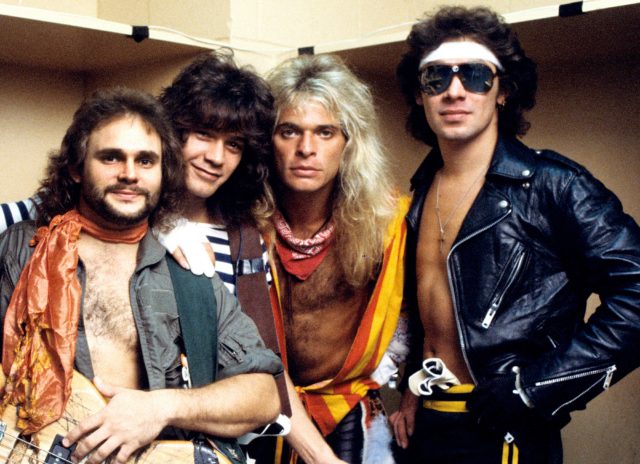 While many of their hard-rocking fans may have felt the keyboard-laden 1984 was a departure from their earlier guitar-heavy releases, for the Van Halens it was really more of a return to form, instrumentally. In fact, they had been using keyboards for years – just listen to “Sunday Afternoon in the Park” and “And the Cradle Will Rock … “. Eddie’s guitar playing on these earlier songs was so sonically dynamic at the time that most people assumed the keyboard parts were made with some new technique done with strings and tremolos on the guitar.

Eddie had been pushing for years to incorporate more keyboards into their music, but their producer, Ted Templeman, and David Lee Roth both felt that it was safer to stick with the guitar-driven model that the fans loved. 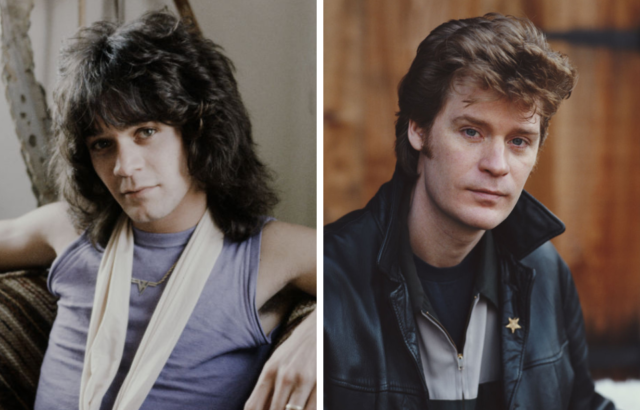 After the construction of Eddie’s 5150 home studio, he had the freedom to develop his ideas without the scrutiny of the other band members and one of the inaugural recordings was the music for what would eventually become “Jump.”

According to Darryl Hall of Hall and Oates, Van Halen admitted to him years later that he had used the chords from “Kiss On My List” as inspiration for “Jump.”

“I don’t have a problem with that at all,” said Hall at the time.

What does it all mean?

Baby, how you been?

You say you don’t know

You won’t know until you begin 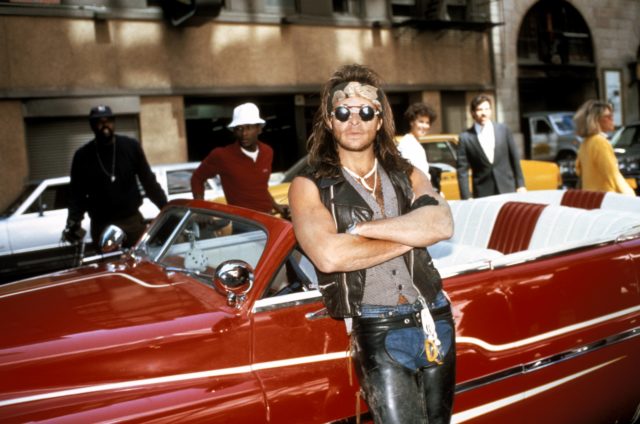 When tasked with writing lyrics for the new music that had just been presented by the Van Halens, Roth handled the assignment in typical rock star fashion: he asked his roadie, Larry Hostler, to chauffer him around town in Roth’s 1951 Mercury convertible, blasting the demo and waiting for inspiration to strike.

It was during this drive that Roth recalled watching a news report the previous evening about a man threatening to end his life by leaping from the top of the Arco Tower in Los Angeles.

According to Roth in an interview with Ultimate Classic Rock: “There was a whole crowd of people in the parking lot downstairs yelling, ‘Don’t jump, don’t jump!’ and that gave me the idea of ‘Jump’ for the title. I wrote it down and it made it onto the record, although in a much more positive vein. It’s easy to translate it the way you hear it on the record as a ‘go for it’ attitude, a much more positive sort of affair.”

“Jump” was Van Halen’s biggest hit, but the new level of stardom that it thrust the band members into proved too much for the already thinly stretched relationship between the Van Halens and Roth. 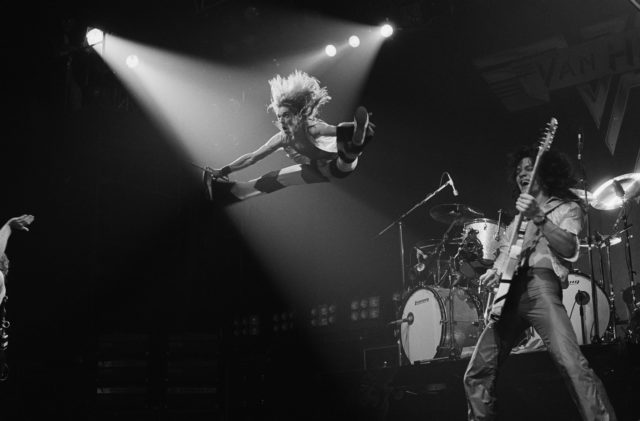 Eddie had proven that there was room in rock music for synthesizers and Roth had emerged as a triple threat of front-man, vocalist, and now award-winning director for his work on the song’s music video.

In the end, it was all too much for the band. The final straw was Roth’s solo EP, Crazy from the Heat, becoming an instant hit in 1985. He was dismissed from the band within weeks of its release.

Van Halen went on to hire Sammy Hagar to fill the void left by Roth, and despite some controversy among fans, they had a very successful run of hit songs and albums. 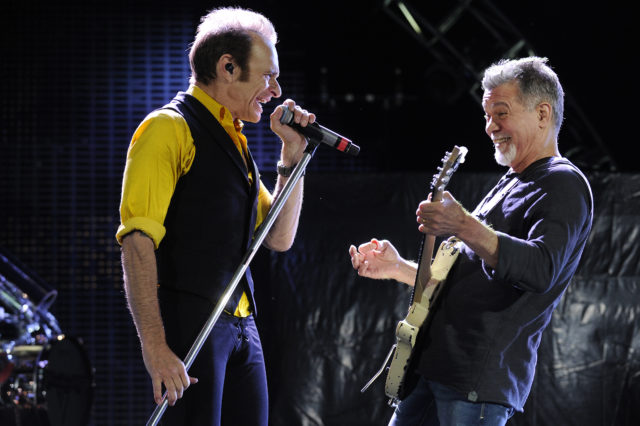 David Lee Roth had a successful solo career. He assembled a band of top-notch musicians, including Steve Vai, to fill the role of electric guitar virtuoso.

In 2007 the original line-up sans bassist Michael Anthony (replaced by Eddie’s son Wolfgang) re-formed for a reunion tour and released one final Van Halen/Roth album, A Different Kind of Truth.