Albert Einstein Once Turned Down the Israeli Presidency

Albert Einstein accomplished a lot of incredible things during his life. He is credited with having determined the equation E=mc², which states that energy and mass are the same entity in different forms. He also discovered the photoelectric effect, which earned him a Nobel Prize in 1921. However, a lesser-known fact about the theoretical physicist is that he was once offered the Israeli presidency. The role was his for the taking, but he ultimately chose to decline.

Einstein was a long-time advocate for a Zionist state 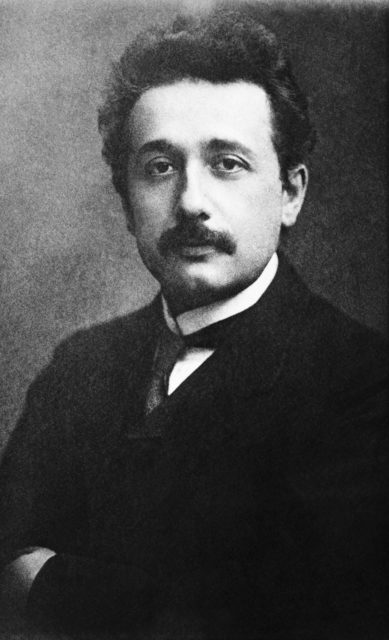 This photo of Albert Einstein was taken in 1905, the same year he published five papers including one introducing his theory of relativity. (Photo Credit: Bettmann / Getty Images)

Einstein was born in Germany in 1849 and moved to America to seek refuge during Germany’s conquest in the Second World War. He had long been an active Zionist, someone who believes in the formation of a Jewish nation in Israel. Even prior to his immigration he was quoted in a 1929 issue of the Manchester Guardian saying: “Zionism springs from an even deeper motive than Jewish suffering. It is rooted in a Jewish spiritual tradition whose maintenance and development are for Jews the basis of their continued existence as a community.”

He supported a persecution-free area for Jewish people and was later partly responsible for the creation of the Zionist International Rescue Committee in 1933. He also pushed for the formation of a Zionist state in America. Additionally, during the Arab-Israeli War that began in 1948, he rallied against the “Freedom Party” that was gaining traction at the time, calling its leader, Menachen Begin, a “fascist element.”

For all of his work supporting the Jewish community, Einstein became an eligible candidate for the Israeli presidency. Notably, his work in establishing the Hebrew University of Jerusalem gave the impression that he might have been willing to take the offer. His acceptance of the role was expected to benefit Israel, with one statistician explaining, “[Einstein] might even be able to work out the mathematics of our economy and make sense out of it.”

Einstein was offered the position of Israel’s second President 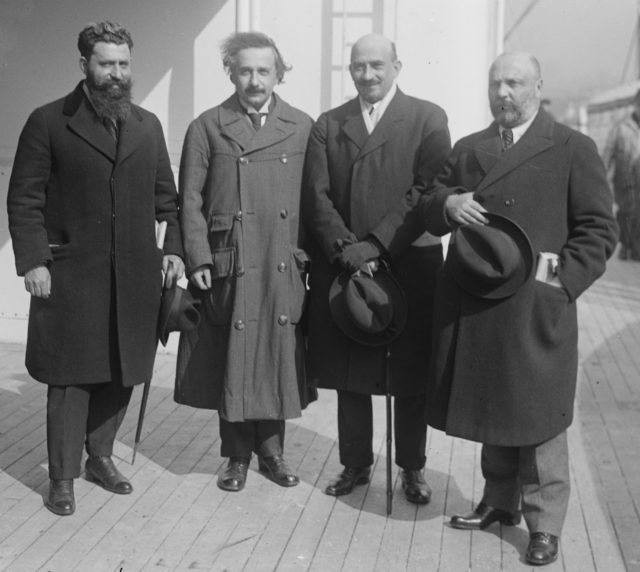 First Israeli President Chaim Weizman (middle-left) and Albert Einstein (middle-right), along with others, posing for a photo together. (Photo Credit: Buyenlarge / Getty Images)

The State of Israel was established on May 14, 1948, following a proclamation by David Ben-Gurian. At the time, he was the Executive Head of the World Zionist Organization, as well as the Chairman of the Jewish Agency for Palestine. He was soon to serve as the first prime minister. The following year, a president was chosen. Chaim Weizmann served as Israel’s first president and did so until his death on November 9, 1952.

Weizmann and Einstein were longtime friends. Weizmann was the President of the World Zionist Organization and helped Einstein travel to America. He believed that Einstein was “the greatest Jew alive.” Following his death, it was expressed that Einstein was a worthy successor of the Israeli presidency. The role of the presidency is largely ceremonial, as the prime minister is the one who holds executive power. An offer to Einstein did not seem outlandish.

On November 17, 1952, the Embassy of Israel sent a letter to Einstein offering him the position.

Einstein wanted to decline immediately, but there were formalities 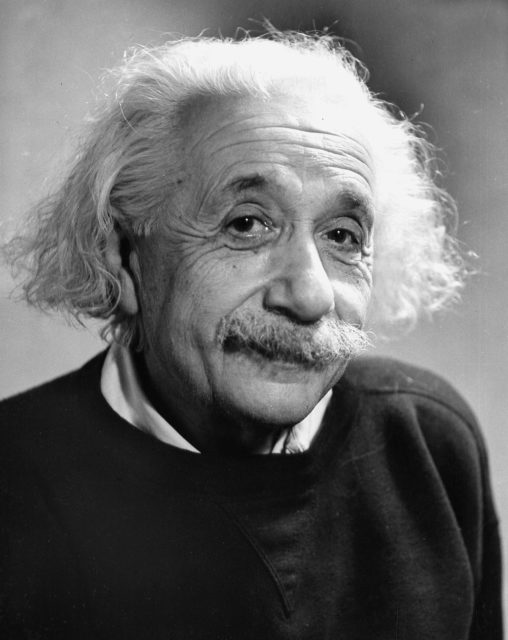 With the presidency came some stipulations. First of all, if Einstein were to accept, he would have to move from Princeton University – where he was living at the time – to Israel. Einstein was born in Germany but had Swiss-American citizenship. Accepting the presidency would mean he’d have to give those up in order to become an Israeli citizen.

However, the presidency was not all stipulations and requirements. One of the benefits that Einstein was promised was that the presidency was largely more image than function, and he would have little to do with the actual politics of running the country. Instead, he would most often be left to pursue his scientific ventures undisturbed and funded by the Israeli government. This may have been very enticing to the bright physicist, but it didn’t seem to be convincing enough.

As soon as Einstein heard of the offer, he wanted to decline. The idea of being offered the presidency was “very awkward” for him. Unfortunately for Einstein, the formalities of the offer had to be presented regardless of whether he already knew his answer. “Why should that man come all that way…when I only will have to say no?” Einstein had inquired of the formalities. The Israeli ambassador, Abba Eban, answered this by saying, “I cannot tell my government that you phoned me and said no…I have to go through the motions and present the offer officially.” Eban sent a deputy to hand Einstein the formal letter offering him the presidency.

He blamed his inability to accept on personal shortcomings 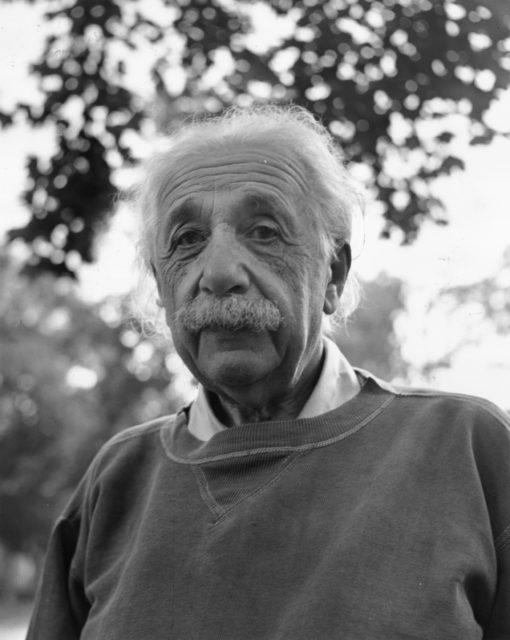 When he received the formal offer, Einstein turned it down, though he said he was “deeply moved” by the offer. In his refusal, he insisted that it was his lack of qualifications that caused him to turn down the role. He received the offer when he was 73 (just three years before he would die of heart failure), and said his age was a concern. Another significant reason he cited was his lack of people skills. Einstein wrote, “All my life I have dealt with objective matters, hence I lack both the natural aptitude and the experience to deal properly with people and to exercise official functions.” He also just hated politics, despite being a vocal advocate for political causes.

Ultimately, most parties involved were happy with his decision to decline. As Prime Minister Ben-Gurion joked, “I’ve had to offer the post to him because it’s impossible not to. But if he accepts, we are in trouble.”

More from us: Here’s The Story Behind the Most Famous Photo of Albert Einstein

The role was eventually accepted by Zionist leader Yitzhak Ben-Zvi, who took the position later that year. Meanwhile, Einstein continued his scientific endeavors in America.