Matthew Perry has written a memoir titled Friends, Lovers, and the Big Terrible Thing, in which he’s shared some of the most personal moments of his life. One detail was certainly intimate and included Valerie Bertinelli, the heartthrob of many a young man during the 1980s and ’90s. She was married to the late Eddie Van Halen at the time.

Perry and Bertinelli were co-stars in Sydney 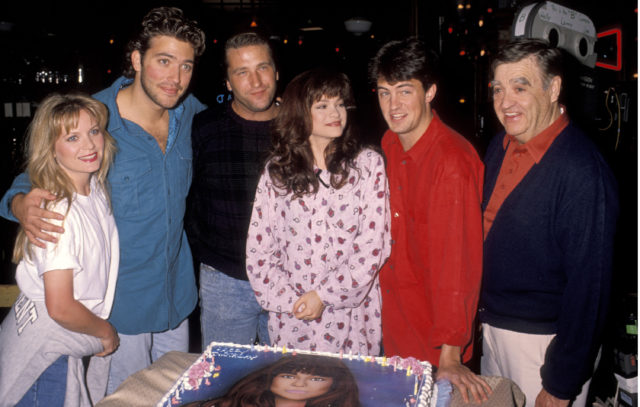 Four years prior to landing the role of Chandler on the hit sitcom Friends, Perry got to play Billy, the older and overprotective brother of Sydney Kells (Bertinelli) in the one-season sitcom Sydney. The 1990 show centered on Sydney, a private investigator who moved from her small town to New York, and followed her struggle to balance her personal and professional lives.

On the show, Sydney has sexual chemistry with her main client, a lawyer named Matt Keating (played by Craig Bierko), but on set, it seems that Bertinelli and Perry had a bit of sexual chemistry themselves.

Like many people at the time, Perry had a huge crush on Bertinelli. In his memoir, he explained he thought nothing could come from his infatuation as he believed her to be “way out of my league.” Never mind the fact that she was “married to one of the most famous rock stars on the planet, Eddie Van Halen.”

They had a steamy make-out session 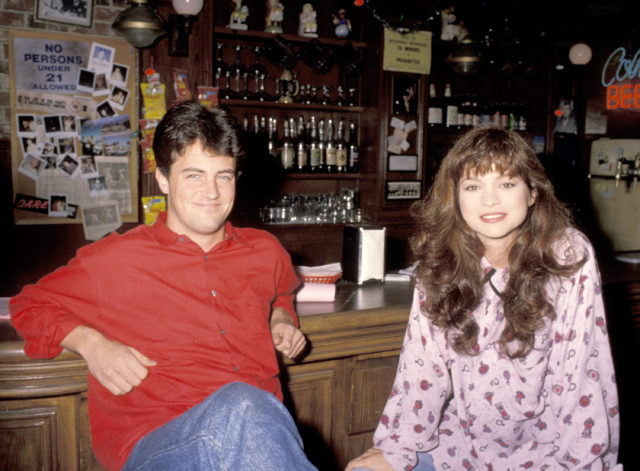 Perry admitted that he “harbored elaborate fantasies about her leaving Eddie Van Halen and living out the rest of her days with me.” Although that exact scenario may not have happened, Perry definitely got to get a taste of what it would be like to be with Bertinelli. It all went down after she invited Perry back to the home she shared with her husband.

“As the night progressed, it was clear that Eddie had enjoyed the fruits of the vine a little too hard, one more time, and eventually he just passed out, not ten feet away from us, but still,” Perry wrote. “This was my chance! If you think I didn’t actually have a chance in hell, you’d be wrong, dear reader — Valerie and I had a long, elaborate make-out session… I told her I had thought about doing that for a long time, and she had said it right back to me.”

Perry was a little devastated 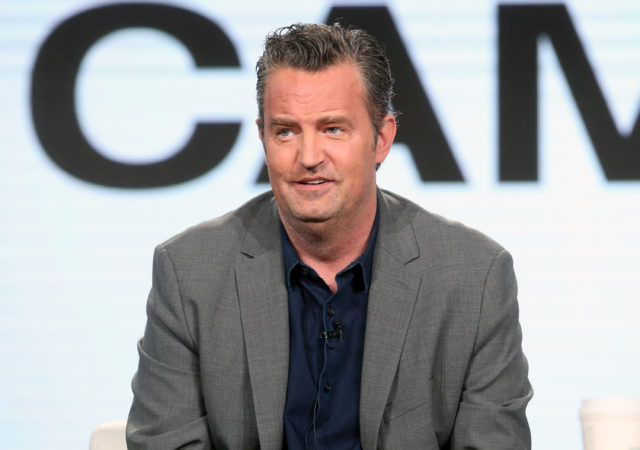 The exhilaration he felt from the smooch was short-lived, as the following day, Bertinelli acted as though nothing had happened. She “made no mention” of their kiss the night before and was “behaving — as she should have been — like this was just a normal day.” It didn’t take long for Perry to get the message. It wasn’t going to happen again.

Perry wrote that he suffered “many a tearful night” following that night, his dreams both fulfilled and crushed. When Sydney was canceled after its last episode in June of 1990, he felt relieved to no longer have to work so closely with Bertinelli.

Full of insight, Perry wrote in his memoir: “I have spent my life being attracted to unavailable women. It doesn’t take a psychology degree to figure out that this had something to do with my relationship with my mother.” 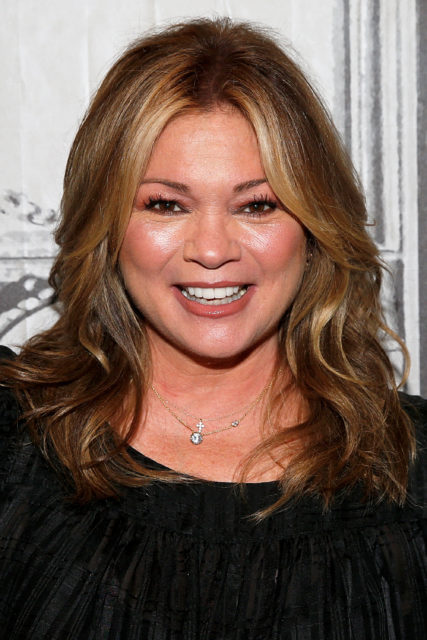 When Perry’s story about the make-out session was released, Bertinelli took to TikTok to address the exposé. There, she posted a video she captioned, “Anyone misbehave in their 20s and early 30s? Are you mortified?” The clip shows her covering her face with her hands in mock shame.

Other chapters of Perry’s revealing memoir cover his previous struggles with addiction, as well as a near-death experience he had in 2018.