Paul Newman and Joanne Woodward shared a lifelong love and a 50-year marriage. The secret to such a lasting relationship? It turns out, having a designated sex room might have something to do with it!

In a new memoir featuring excerpts from a “completely honest” oral history project, one of Hollywood’s most iconic tough guys revealed an especially intimate aspect of his romance with Woodward, an Oscar-winning actress.

Paul Newman is one of Golden Hollywood’s most iconic figures. The Academy Award-winning actor and director was born to an affluent Jewish family on January 26, 1925, in Shaker Heights, Ohio. His first-ever acting debut was in a school production of “Robin Hood” when he was seven years old. He graduated from high school in 1943 and spent a brief time at Ohio University before he was left to enroll in the Navy during World War II. 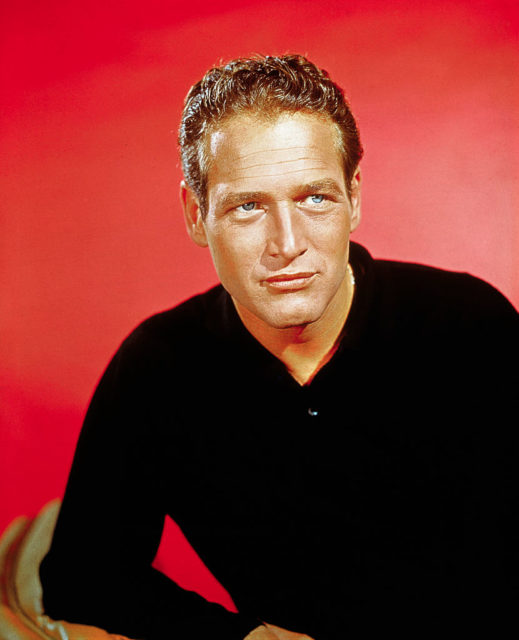 Following the war, Newman married his first wife, Jackie Witte, and began studying drama at Kenyon College. He also attended the Yale School of Drama for a year before heading to New York City to pursue acting full-time. While in New York, Newman picked up small television and on-stage roles while also studying at the acclaimed Actor’s Studio. There, he met another promising actor: Joanne Woodward.

After landing a contract with Warner Bros., Newman’s role as professional boxer Rocky Graziano in the 1956 biopic Somebody Up There Likes Me was his first major success in Hollywood. Other hits followed, including the role of Brick in Tennessee William’s Cat on a Hot Tin Roof (1958) alongside Elizabeth Taylor and Burl Ives. 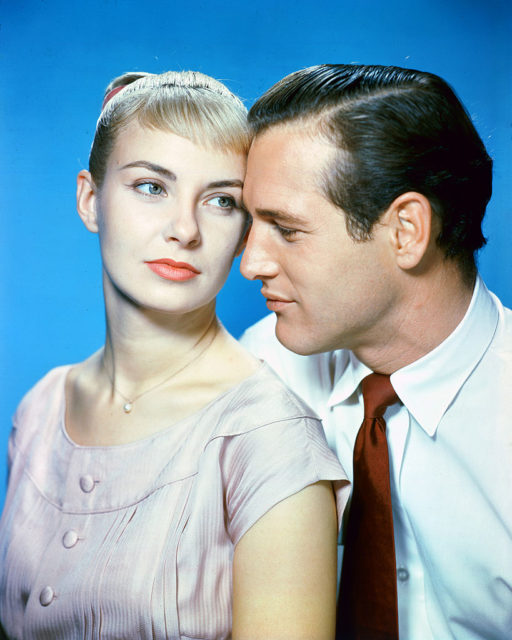 While filming The Long Hot Summer in ’57, Newman finally reconnected with his old acting school crush (and now co-star) Joanne Woodward. The pair soon fell in love, and after Newman divorced his first wife, he married Woodward in Las Vegas in 1958. The rest is history.

Joanne Woodward was born in Thomasville, Georgia on February 27, 1930. Like her husband, Woodward also started acting at a young age. After attending the Actors Studio in New York City, Woodward starred in her first major film Count Three and Pray in 1955. In 1957, she took on a new challenge as the lead in The Three Faces of Eve. The film follows a housewife with multiple personality disorder, and Woodward’s performance included three distinct characters: Eve White, Eve Black, and Jane – all played by one person. Her work won her the Academy Award for Best Actress. 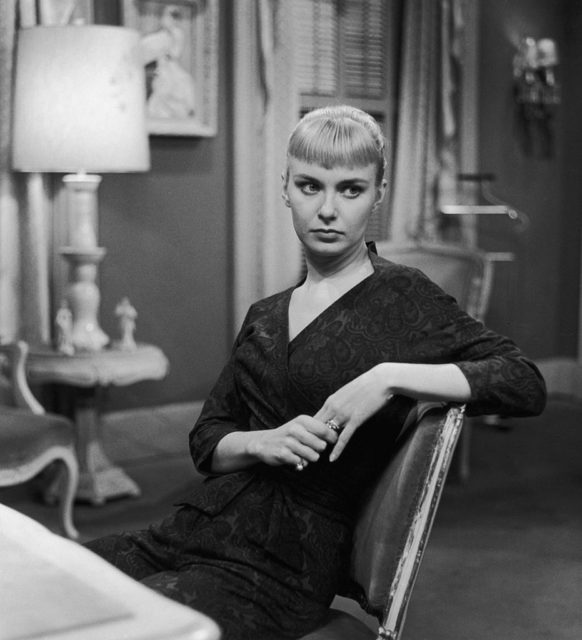 Newman and Woodward share three daughters together and were largely considered to be Hollywood’s golden couple – even though much of their private life was kept under wraps.

New memoir leaves nothing to the imagination

A 2022 posthumous memoir about Paul Newman’s life, titled The Extraordinary Life of An Ordinary Man, has revealed one of the more private parts of Newman and Woodward’s romance. In the memoir that was penned by Newman himself, he describes the “animalistic passion” he and his wife shared for each other. The scintillating divulgence was collected from recordings done by Newman in the ’80s as part of the memoir, with the goal of being “completely honest.” 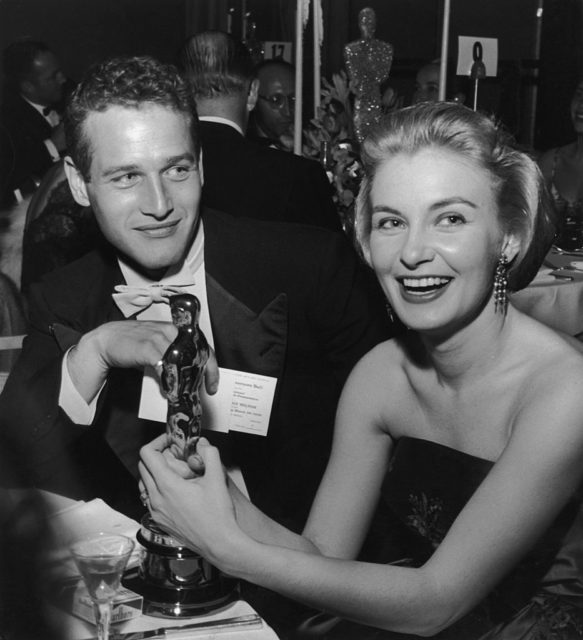 “Joanne gave birth to a sexual creature,” reads an excerpt published in Vanity Fair. “We left a trail of lust all over the place. Hotels and public parks and Hertz-Rent-A-Cars” Newman revealed. He describes coming home one day to find his wife had created a designated “pleasure den” in their home.

According to Jezebel, Newman recounted the “pleasure den” story in his own words: “It had been done with such affection and delight. Even if my kids came over, we’d go into the [room] several nights a week and just be intimate and noisy and ribald.” Hopefully, for his children’s sake, the pleasure den was also soundproof! 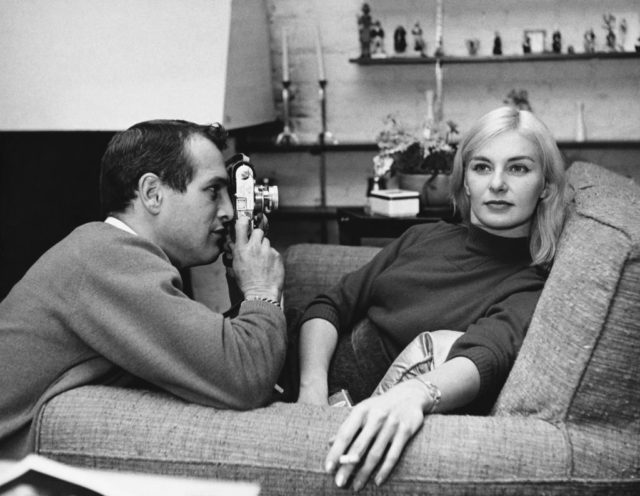 A new HBO Max documentary from actor and director Ethan Hawke titled The Last Movie Stars will plot the highs and lows of Newman and Woodward’s relationship. Using the same recordings that were made by Newman for his memoir, a project which was ultimately thrown out and the tapes destroyed (only transcripts remain), Hawke plans to bring one of Hollywood’s biggest stars to life using acclaimed actors including George Clooney as Paul Newman and Laura Linney as Joanne Woodward.

What happened to Newman and Woodward? 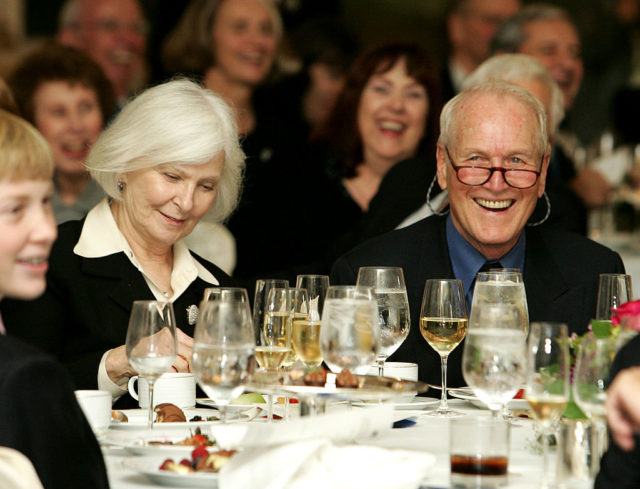 Both Newman and Woodward continued to act well into the 1980s. After Newman’s loss of his son Scott to a drug overdose, he started his own center for drug abuse prevention and created the iconic “Newman’s Own” food brand, which donates all proceeds to charity.

A year after announcing his formal retirement from acting in 2007, Paul Newman died from cancer at the age of 83 on September 26, 2008, in the presence of his family and loved ones, including his wife Joanne. At 92, Woodward is still going strong today!