Awesome Behind The Scenes Photos Of “Edward Scissorhands”

The genesis of Edward Scissorhands came from a drawing by then-teenaged director Tim Burton, which reflected his feelings of isolation and being unable to communicate to people around him in suburban Burbank. Burton stated that he was often alone and had trouble retaining friendships. “I get the feeling people just got this urge to want to leave me alone for some reason, I don’t know exactly why.” During pre-production of Beetlejuice, Burton hired Caroline Thompson, then a young novelist, to write the Edward Scissorhands screenplay as a spec script. Burton was impressed with her short novel, First Born, which was “about an abortion that came back to life”. Burton felt First Born had the same psychological elements he wanted to showcase in Edward Scissorhands  “Every detail was so important to Tim because it was so personal”, Thompson remarked.She wrote Scissorhands as a “love poem” to Burton, calling him “the most articulate person I know, but couldn’t put a single sentence together”.

Shortly after Thompson’s hiring, Burton began to develop Edward Scissorhands at Warner Bros., with whom he worked on Pee-wee’s Big Adventure and Beetlejuice. However, within a couple of months, Warner sold the film rights to 20th Century Fox.[7] Fox agreed to finance Thompson’s screenplay while giving Burton complete creative control. At the time, the budget was projected to be around $8–9 million.When writing the storyline, Burton and Thompson were influenced by Universal Horror films, such as The Hunchback of Notre Dame (1923), The Phantom of the Opera (1925), Frankenstein (1931), and Creature from the Black Lagoon (1954), as well as King Kong (1933) and various fairy tales. Burton originally wanted to make Scissorhands as a musical, feeling “it seemed big and operatic to me”, but later dropped the idea.Following the enormous success of Batman, Burton arrived to the status of being an A-list director. He had the opportunity to do any film he wanted, but rather than fast track Warner Bros.’ choices for Batman Returns orBeetlejuice Goes Hawaiian, Burton opted to make Edward Scissorhands for Fox.

A shot of the iconic hand sculpture outside Edward’s castle. 20th Century Fox 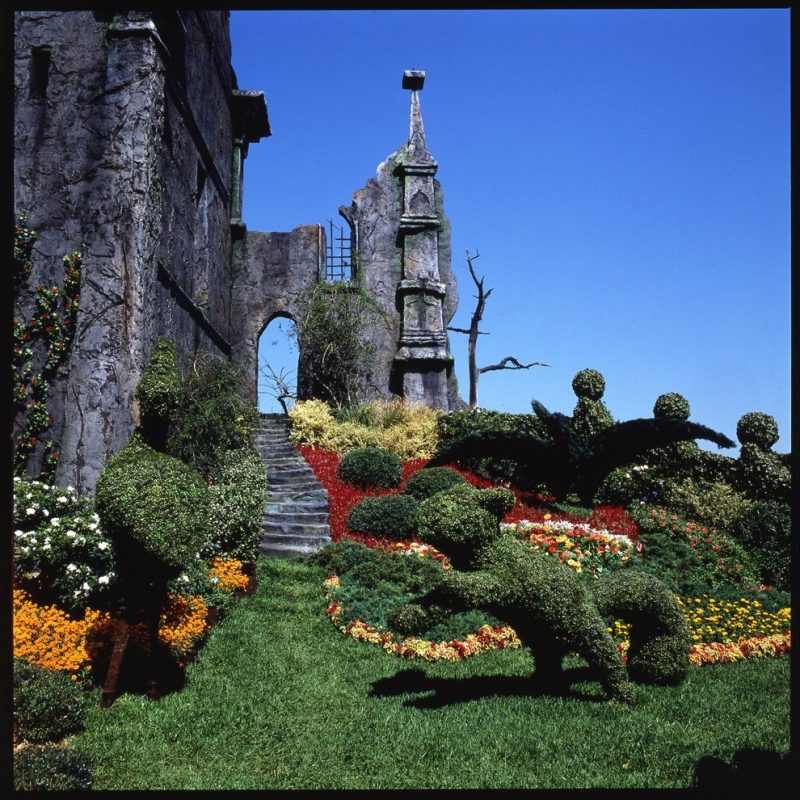 And the rest of the castle’s lush garden. 20th Century Fox 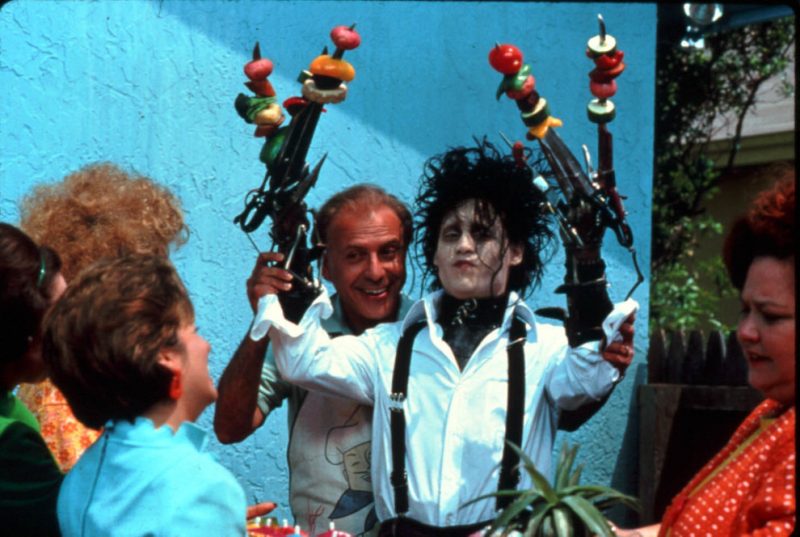 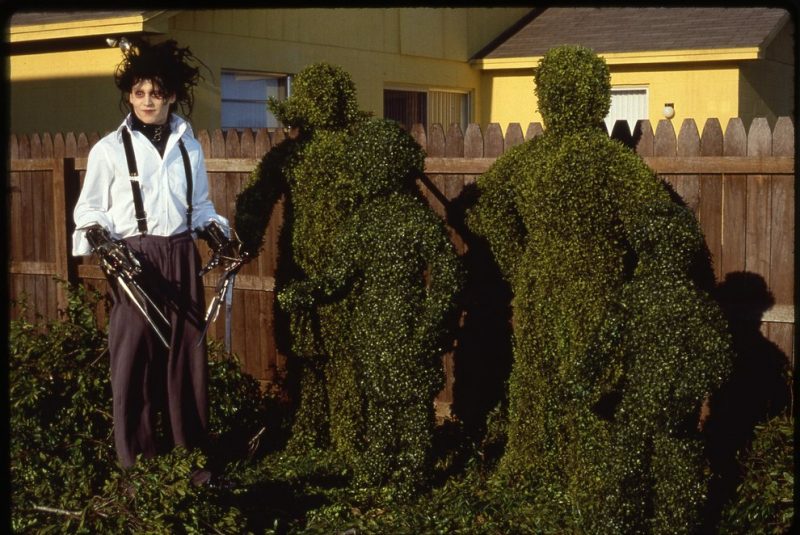 Edward poses proudly with his interpretation of his new family. 20th Century Fox 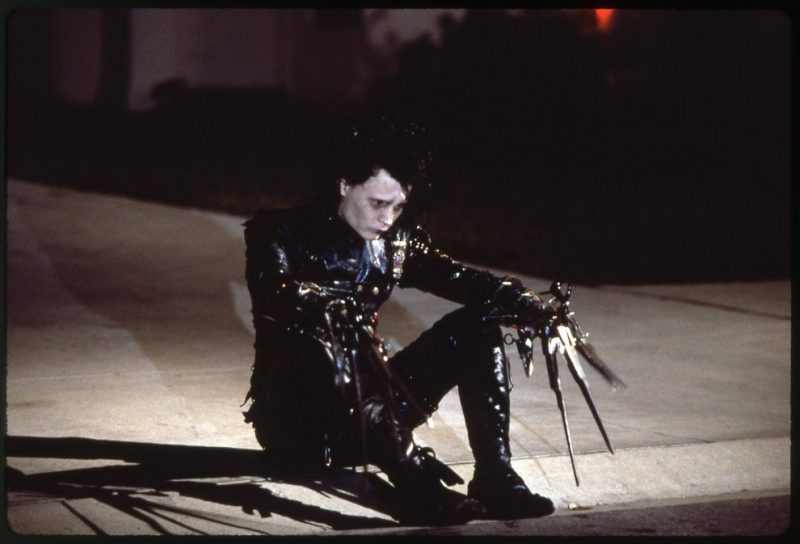 Edward runs out of places to run near the end of the film, as the neighborhood turns against him. 20th Century Fox 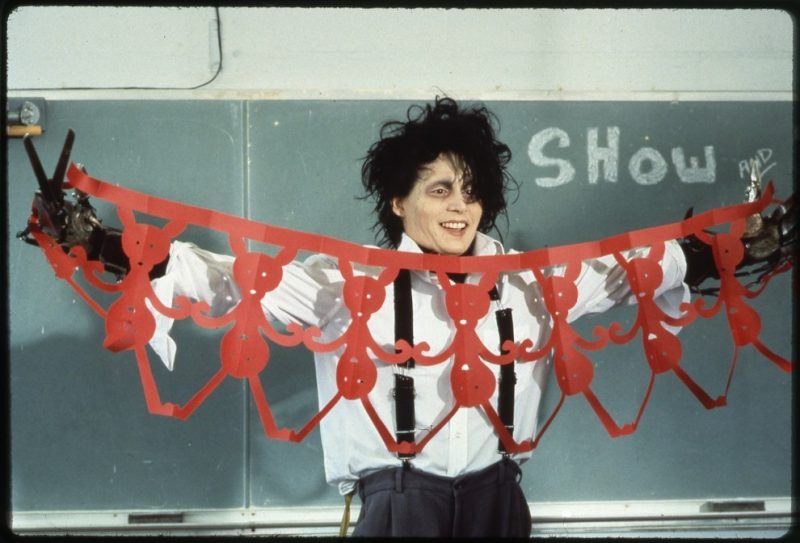 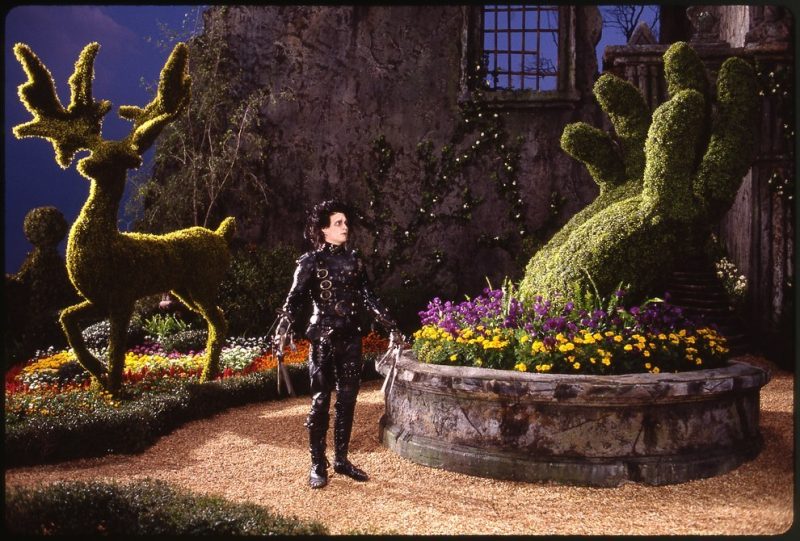 Edward stands outside the castle, looking up at his old home. 20th Century Fox 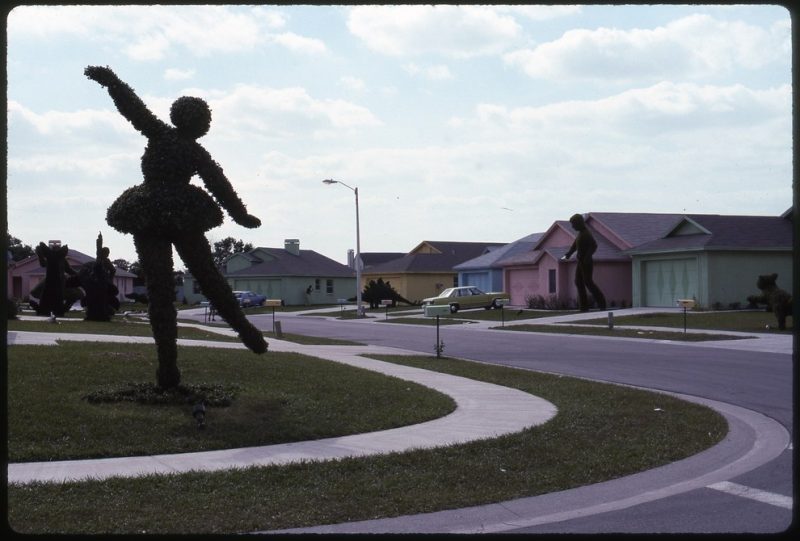 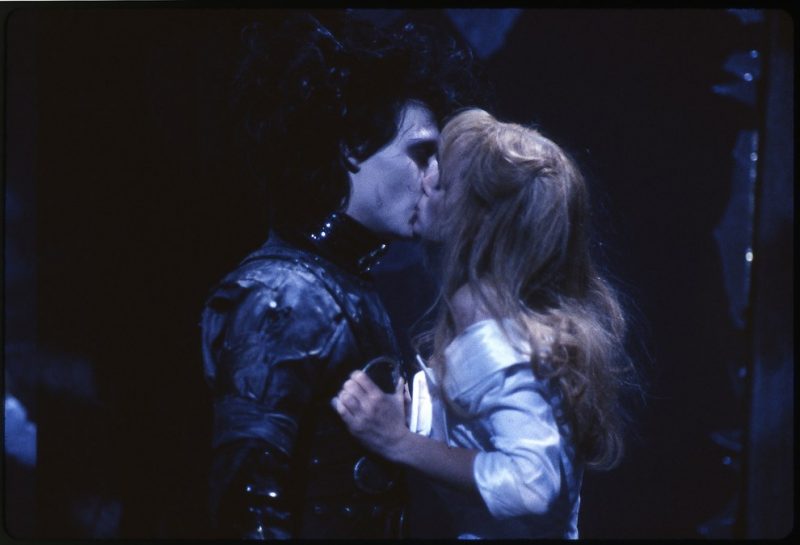 Kim and Edward share a kiss in the castle. 20th Century Fox 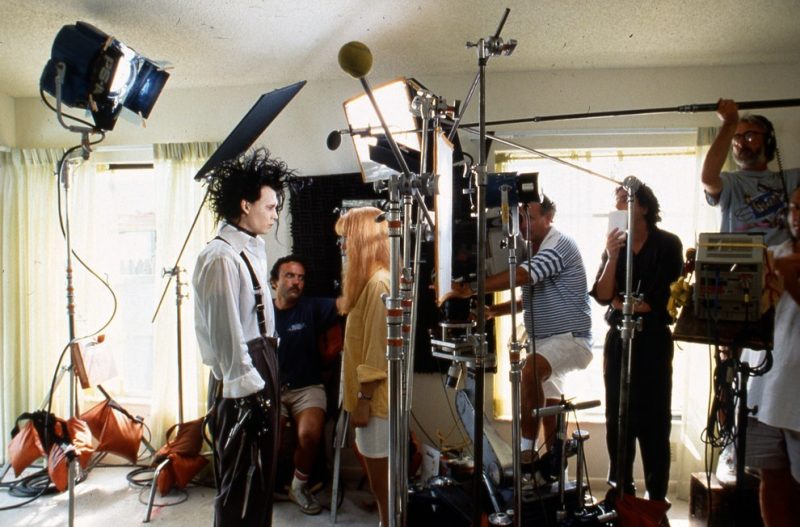 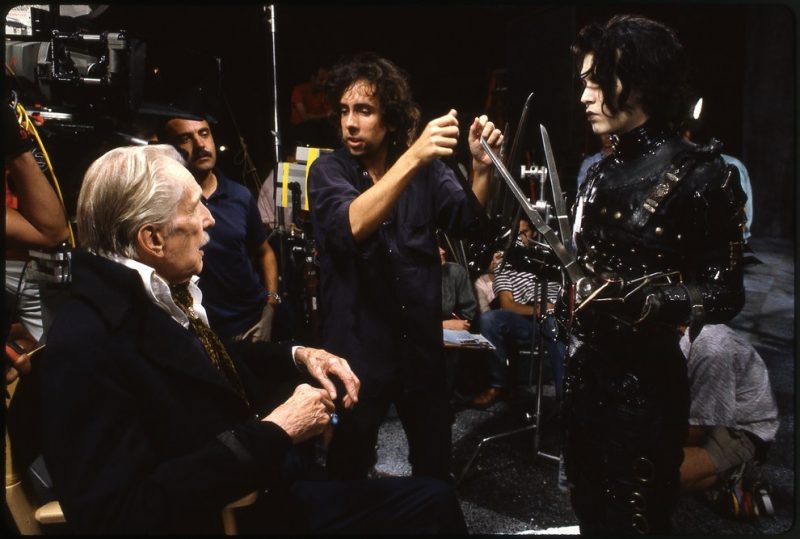 Tim Burton chats with Johnny Depp and Vincent Price during filming for one of Edward’s flashbacks. Credit-20th Century Fox 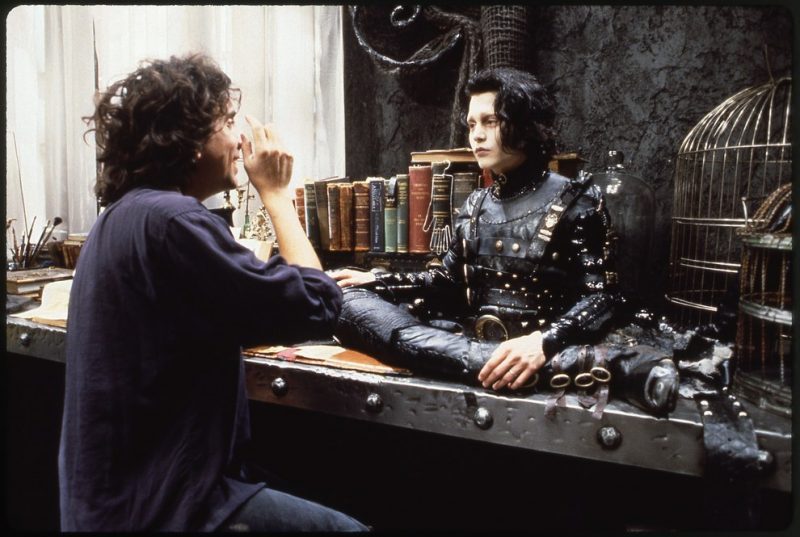