The war on the Eastern Front, known to Russians as the “Great Patriotic War”, was the scene of the largest military confrontation in history. Over the course of four years, more than 400 Red Army and German divisions clashed in a series of operations along a front that extended more than 1,000 miles. Some 27 million Soviet soldiers and civilians and nearly 4 million German troops lost their lives along the Eastern Front during those years of brutality. The warfare there was total and ferocious, encompassing the largest armored clash in history (Battle of Kursk) and the most costly siege on a modern city (nearly 900 days in Leningrad), as well as scorched earth policies, utter devastation of thousands of villages, mass deportations, mass executions, and countless atrocities attributed to both sides.

The Eastern Front was a gigantic battlefield and comes as no surprise as to the amount of relics lost and buried on this battlefield. The images below are just a ‘few’ from the Facebook page The Ghosts of the Eastern Front. There is always a debate to the digging of battlefields and that will continue forever. If you are a collector then you can buy relics from their website www.kurlandmilitaria.com 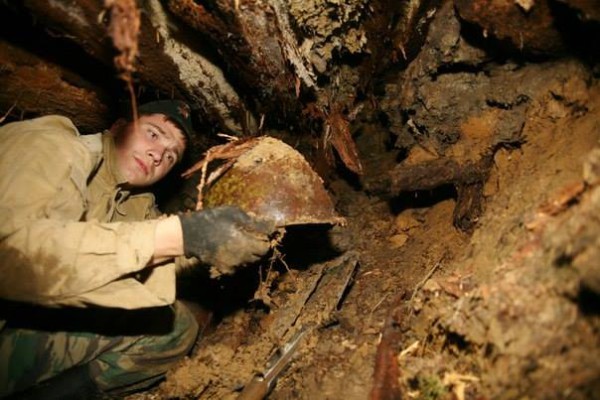 Between June 1941 and May 1945, Nazi Germany and the Soviet Union engaged in a cataclysmic struggle on World War II’s Eastern Front. 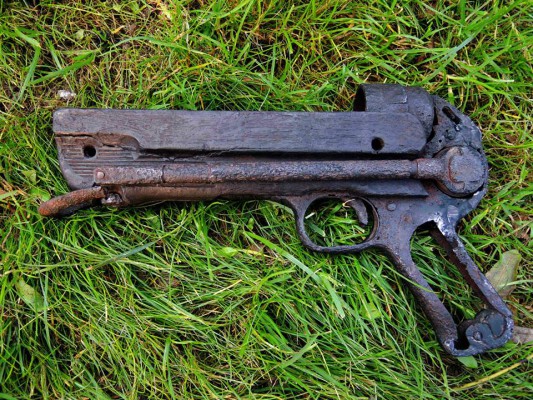 The resulting war was one of the largest and deadliest military duels in all of human history, and ultimately turned the tables on the Nazi conquest of Europe. 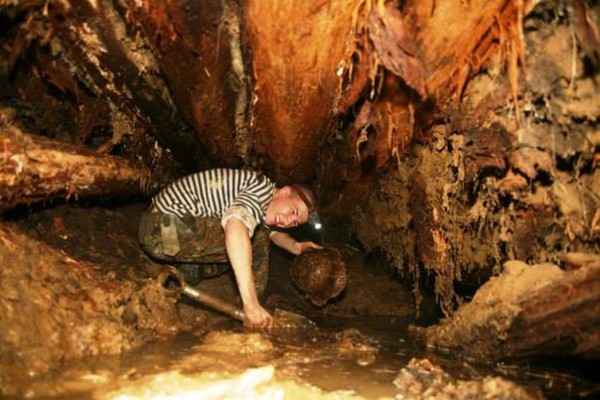 It was also a conflict marked by strategic blunders, mass atrocities and human suffering on a previously unimaginable scale. 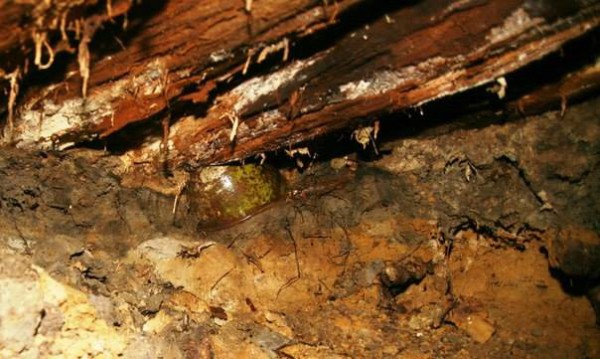 Despite their ideological antipathy, both Germany and the Soviet Union shared a common dislike for the outcome of World War I. 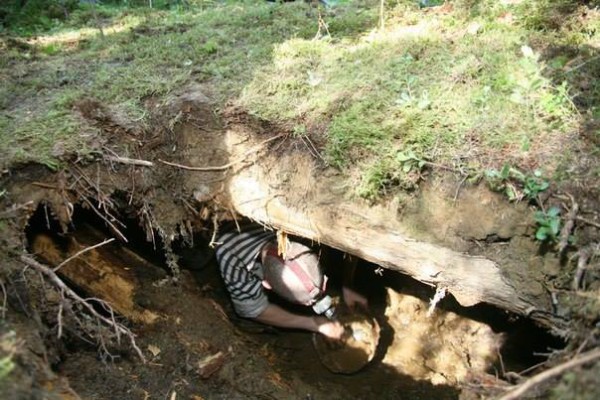 The Soviet Union had lost substantial territory in eastern Europe as a result of the Treaty of Brest-Litovsk, where it gave in to German demands and ceded control of Poland, Lithuania, Estonia, Latvia and Finland, among others, to the “Central Powers”. 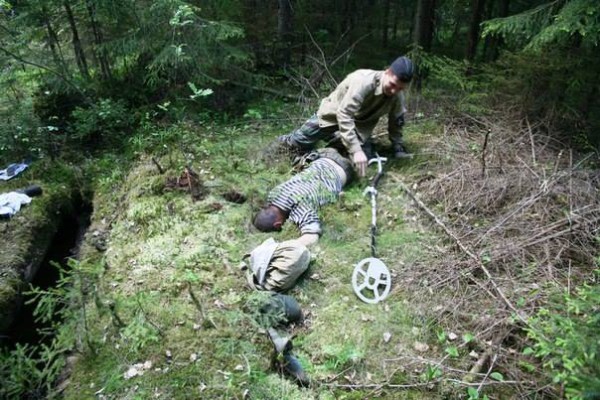 Subsequently, when Germany in its turn surrendered to the Allies and these territories were liberated under the terms of the Paris Peace Conference of 1919, Russia was in a civil war condition and the Allies did not recognize the Bolshevik government. 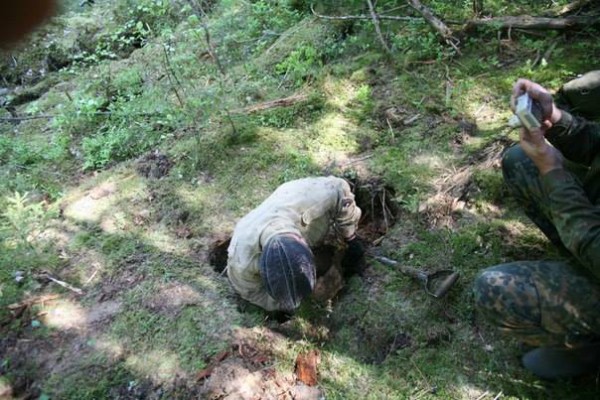 The Soviet Union would not be formed for another four years, so no Russian representation was present. 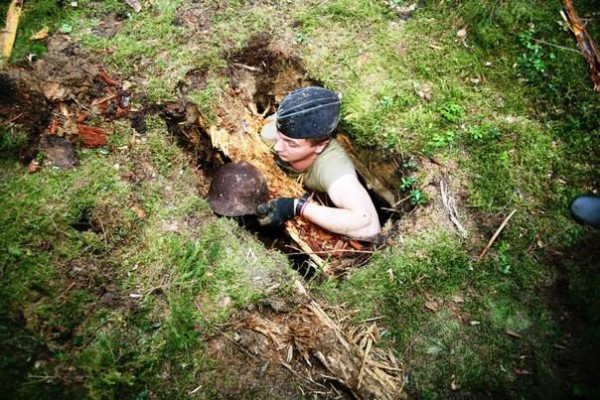 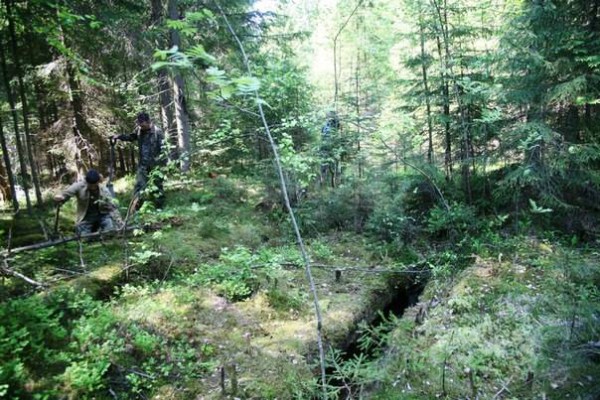 Finland, Estonia, Latvia and Lithuania would return to Soviet control, while Poland and Romania would be divided. 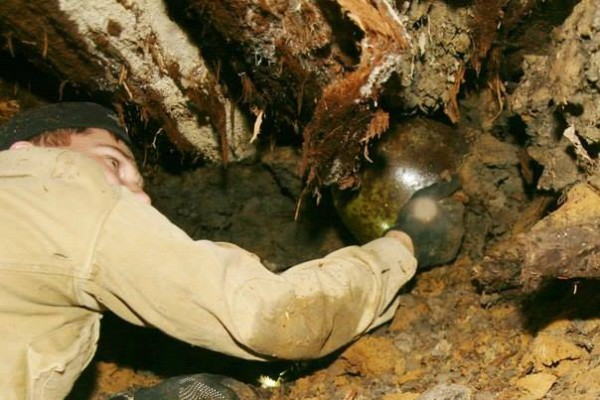 Adolf Hitler had declared his intention to invade the Soviet Union on 11 August 1939 to Carl Jacob Burckhardt, League of Nations Commissioner by saying, “Everything I undertake is directed against the Russians. 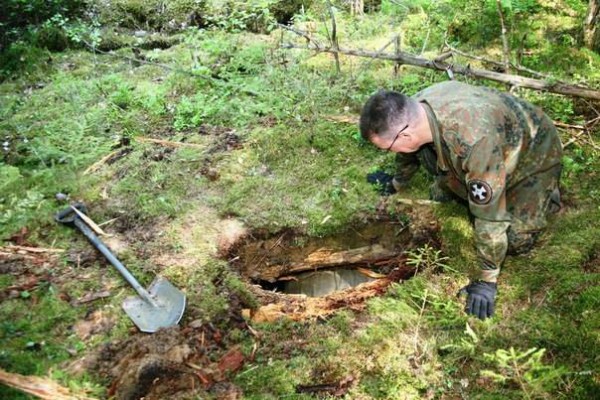 If the West is too stupid and blind to grasp this, then I shall be compelled to come to an agreement with the Russians, beat the West and then after their defeat turn against the Soviet Union with all my forces. 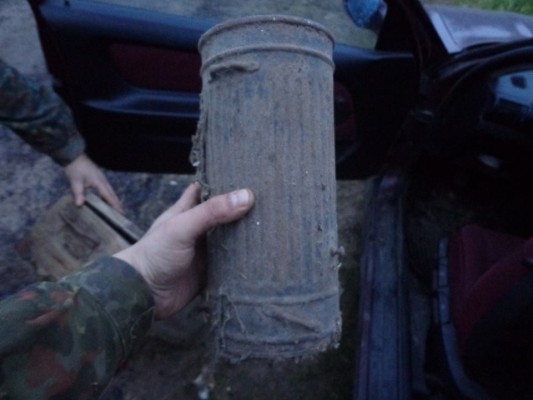 I need the Ukraine so that they can’t starve us out, as happened in the last war. 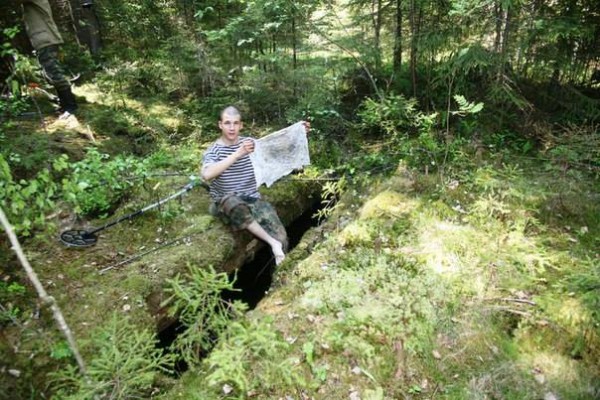 Germany’s invasion of Russia was the largest surprise attack in military history, but according to most sources, it shouldn’t have come as a surprise at all. 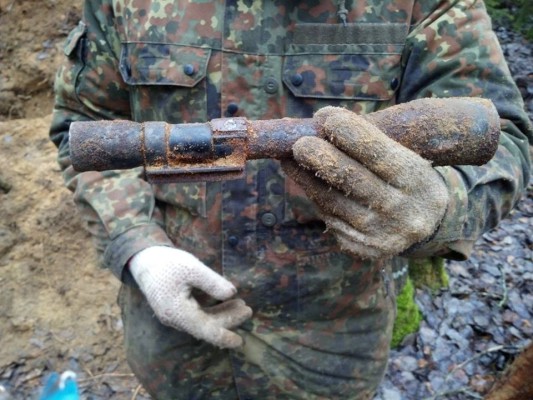 While the Soviet Union and Nazi Germany had signed a famous non-aggression pact in August 1939, many anticipated that Adolf Hitler had designs on attacking the Russians—whom he viewed as an inferior race—as soon as the time was right.

The two powers invaded and partitioned Poland in 1939. After Finland refused the terms of a Soviet pact of mutual assistance, the Soviet Union attacked Finland on 30 November 1939 in what became known as the Winter War – a bitter conflict that resulted in a peace treaty on 13 March 1940, with Finland maintaining its independence but losing parts of eastern Karelia. In June 1940, the Soviet Union occupied and illegally annexed the three Baltic states—an action in violation of the Hague Conventions (1899 and 1907) and numerous bi-lateral conventions and treaties signed between the Soviet Union and Baltics. The annexations were never recognized by most Western states.

The Molotov–Ribbentrop Pact ostensibly provided security to Soviets in the occupation of both the Baltics and the north and northeastern regions of Romania (Northern Bukovina and Bessarabia) although Hitler, in announcing the invasion of the Soviet Union, cited the Soviet annexations of Baltic and Romanian territory as having violated Germany’s understanding of the Pact. The annexed Romanian territory was divided between the Ukrainian and Moldavian Soviet republics. 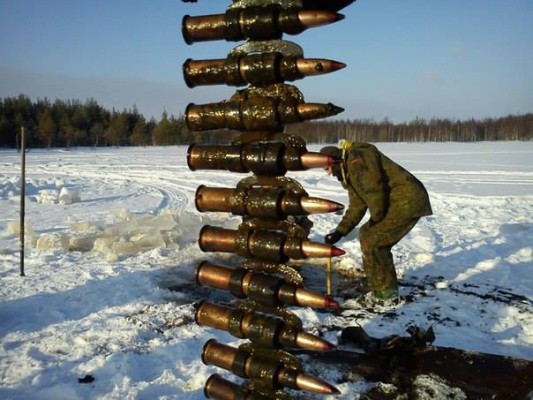 Adolf Hitler had argued in his autobiography Mein Kampf (1925) for the necessity of Lebensraum (“living space”): acquiring new territory for Germans in Eastern Europe, in particular in Russia. 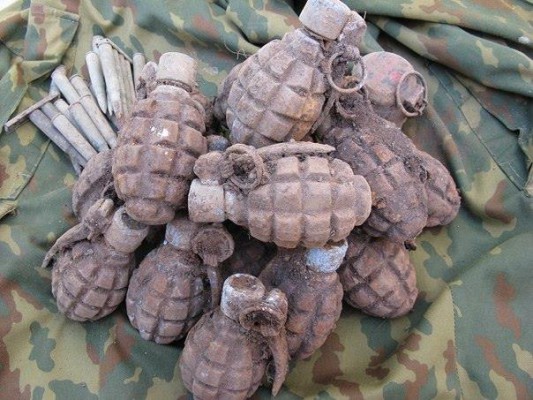 He envisaged settling Germans there, as according to Nazi ideology the Germanic people constituted the “master race”, while exterminating or deporting most of the existing inhabitants to Siberia and using the remainder as slave labour. 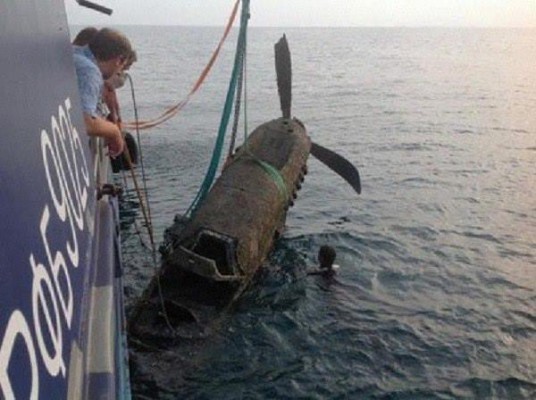 Hitler as early as 1917 had referred to the Russians as inferior, believing that the Bolshevik Revolution had put the Jews in power over the mass of Slavs, who were, in Hitler’s opinion, incapable of ruling themselves but instead being ruled by Jewish masters. 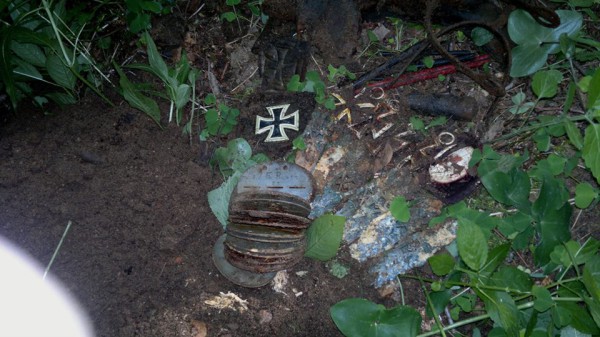 Hard-line Nazis in Berlin (like Himmler) saw the war against the Soviet Union as a struggle between the ideologies Nazism and Jewish Bolshevism. 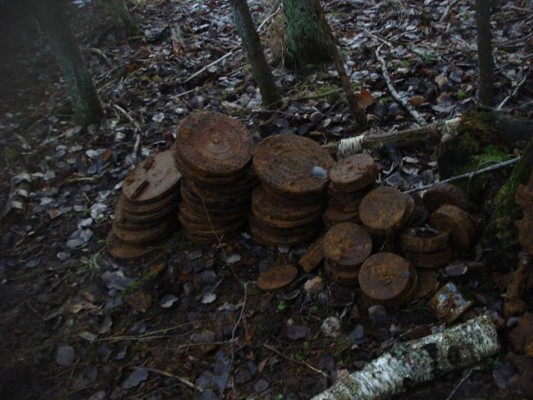 Wehrmacht officers told their troops to target people who were described as “Jewish Bolshevik subhumans”, the “Mongol hordes”, the “Asiatic flood” and the “red beast”. 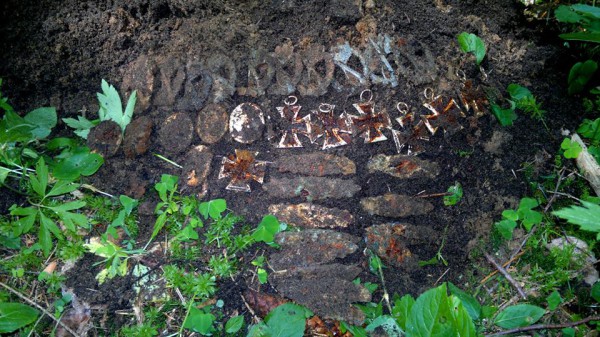 The vast majority of German soldiers viewed the war in Nazi terms, seeing the Soviet enemy as sub-human. 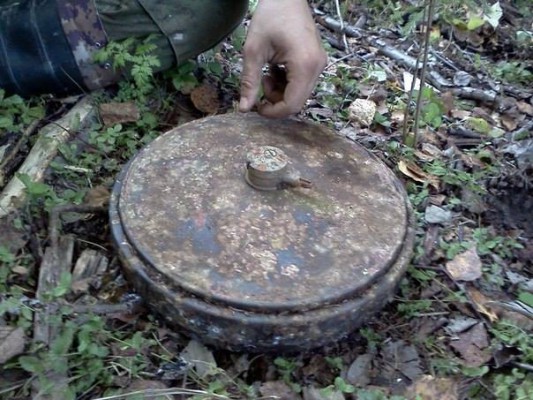 Hitler referred to the war in unique terms, calling it a “war of annihilation” which was both an ideological and racial war. 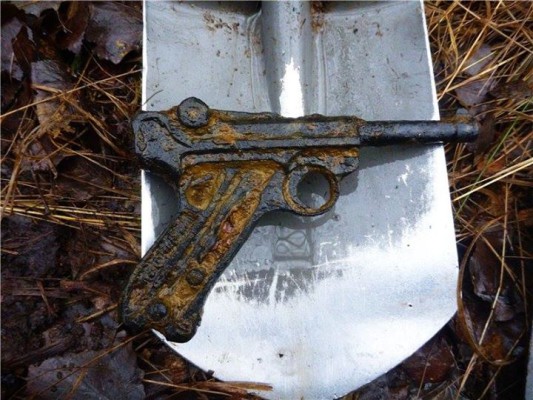 According to a plan called Generalplan Ost, the populations of occupied Central Europe and the Soviet Union were to be partially deported to West Siberia, partially enslaved and eventually exterminated; the conquered territories were to be colonized by German or “Germanized” settlers. 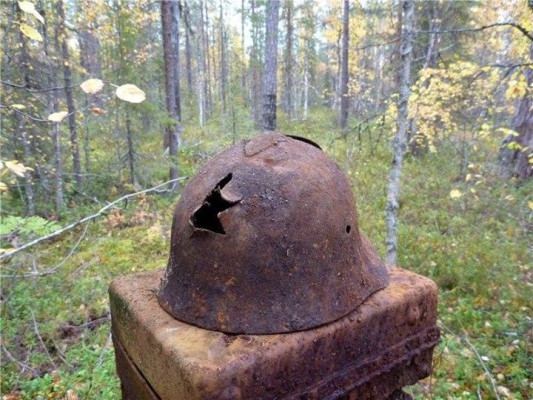 In addition, the Nazis also sought to wipe out the large Jewish population of (Central and) Eastern Europe as part of their program aiming to exterminate all European Jews. 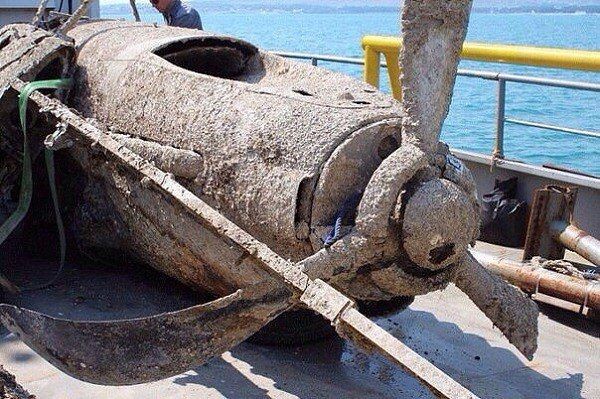 After Germany’s initial success at the Battle of Kiev in 1941, Hitler saw the Soviet Union as militarily weak and ripe for immediate conquest. 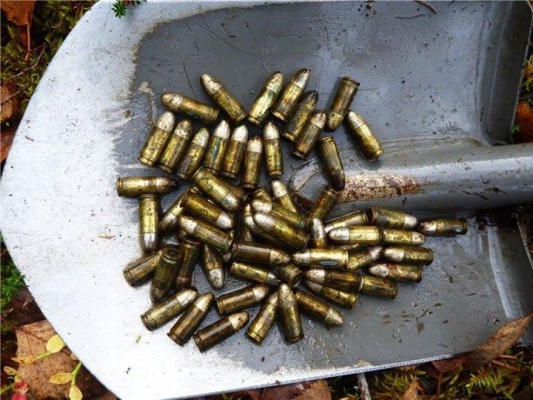 On 3 October 1941, he announced, “We have only to kick in the door and the whole rotten structure will come crashing down.” 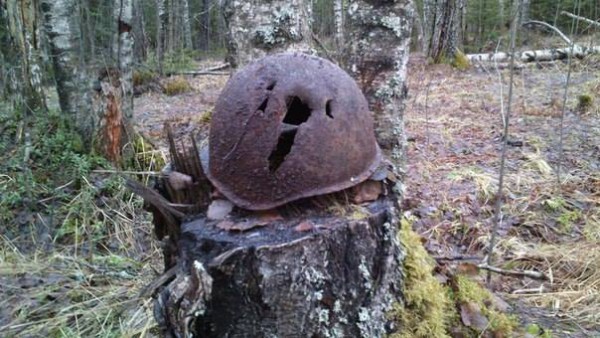 Thus, Germany expected another short Blitzkrieg and made no serious preparations for prolonged warfare. 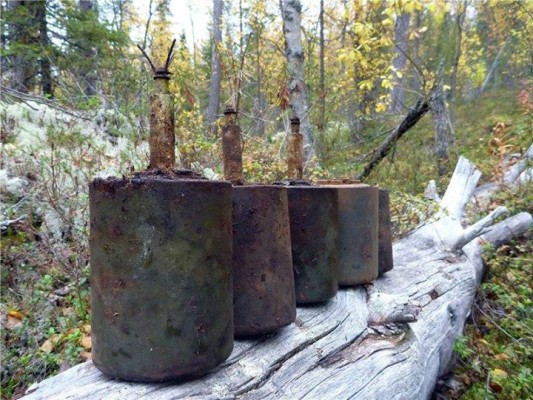 However, following the decisive Soviet victory at the Battle of Stalingrad in 1943 and the resulting dire German military situation, Hitler and his Nazi propaganda proclaimed the war to be a German defence of Western civilization against destruction by the vast “Bolshevik hordes” that were pouring into Europe. 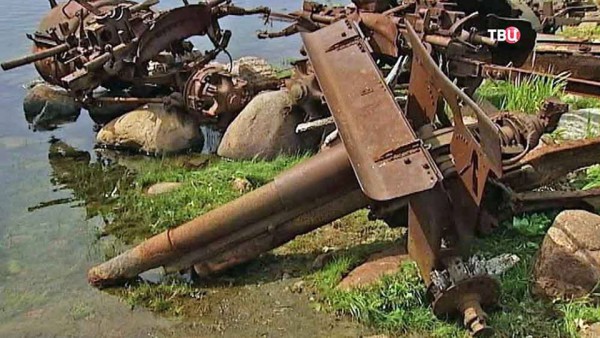 « The East Germans Had a James Bond Too. His Name was Bredebusch, Werner Bredebusch
Awesome Behind The Scenes Photos Of “Edward Scissorhands” »