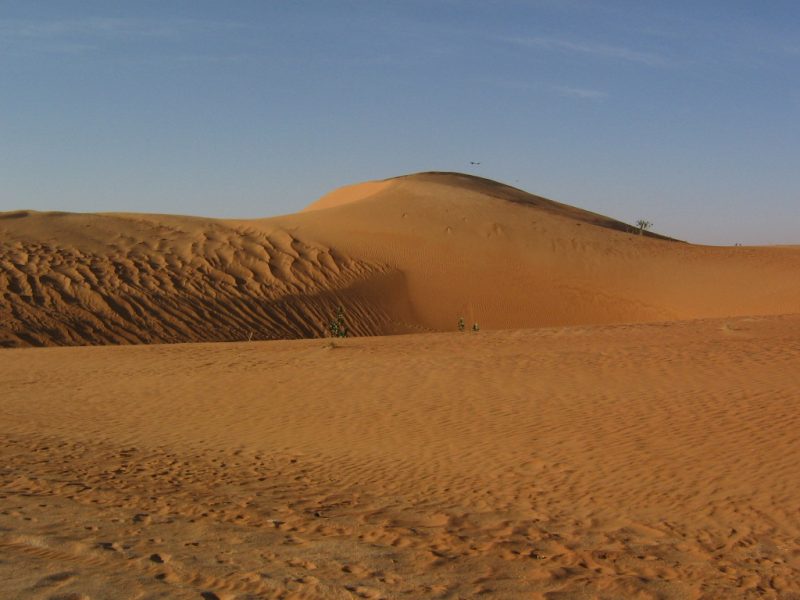 The Saharan Desert in Mauritania

Sahara is the largest desert in the world, with a land area that can be compared with the land surface of the whole United States, was not always such an arid and dry place. New research shows that in ancient times there were rivers flowing here. If you hear this information from someone that was dehydrated after a long trip into the desert you probably won’t believe it, but this discovery was made by a french team of researchers led by Charlotte Skonieczny of IFREMER (L’Institut Français de Recherche pour l’Exploitation de la Mer).

According to the scientists, these lost channels are reactivated from time to time and become rivers due to warmer climate cycles called African Humid Periods (AHPs). You probably think that this happened millions of years ago, but actually, the last humid period in Africa happened only 6,500 years ago.

One of the clues that led the team to make this research were river sediments found at the coast of Mauritania. “How come there are sediments and no river exists there”, was the question that was asked. After further investigation, a huge underwater canyon was discovered on the seafloor along Mauritania’s coastline. This submerged canyon was similar to those of major rivers across the world. By analyzing the topography of the area, they were able to estimate a route for a river that would flow through the Sahara. 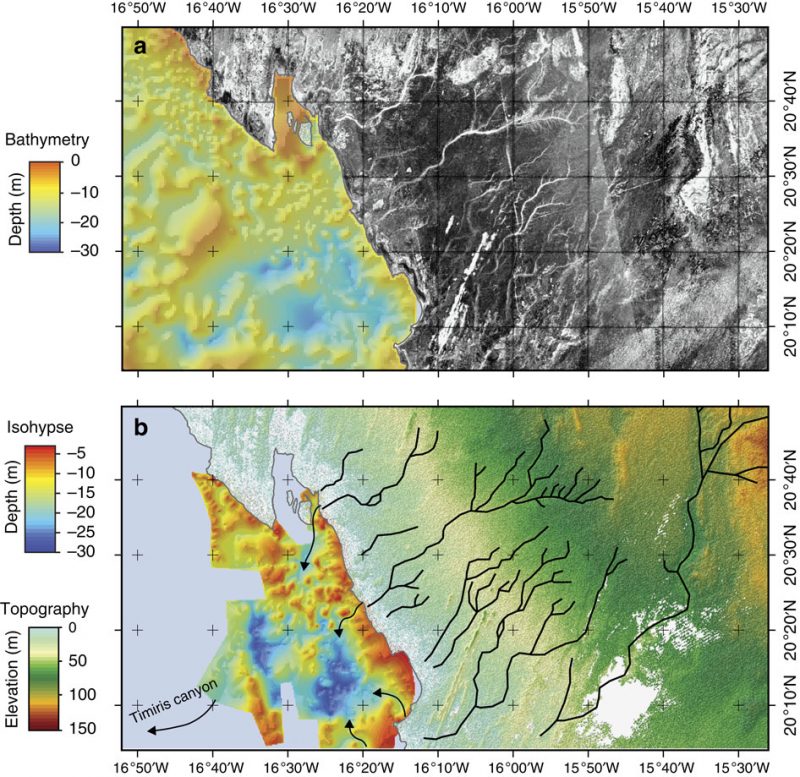 Satellite images of the coastal part of Mauritania made with the PALSAR technology. / Image credit: Skonieczny et al., Nature Communications

To confirm this, the scientists used a satellite system called, “Phased Array type L-band Synthetic Aperture Radar” (PALSAR). With the help of microwaves, PALSAR can probe several meters beneath the Saharan sand and determine if fossil water is still flowing there.

The satellite confirmed the river route! From the data they gathered, that the river stretches over 520 kilometers beneath the Saharan sand, from the underwater canyon in Arguin Bay (Mauritania) and probably up to modern-day Algiers. It is speculated that source of the river was located there. The satellite was able to follow the main valley for around 500 kilometers to the northeast because then the sands grew deeper, but from all the gathered info, they go further. 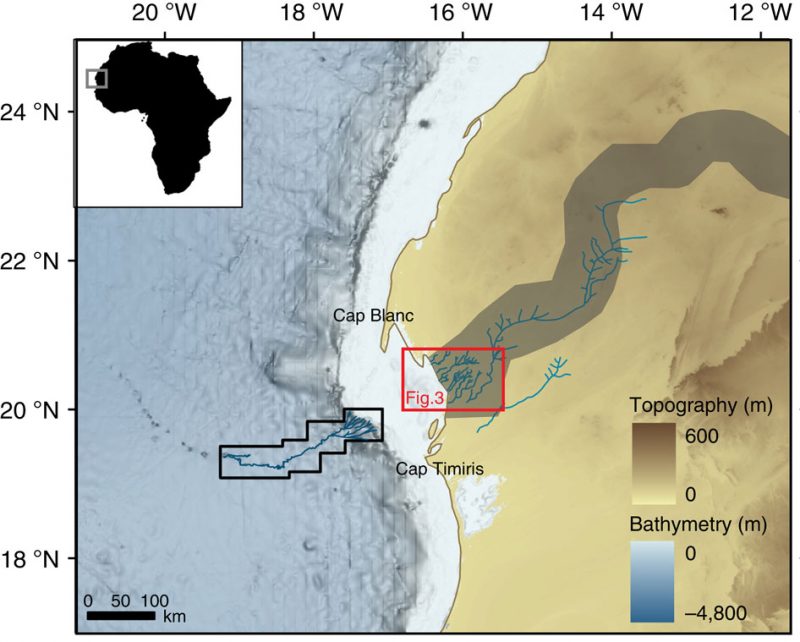 The identified part of the Tamanrasett valley is marked with blue. The suggested route is marked with gray. Image credit: Skonieczny et al., Nature Communications

This large “paleowater system” is named “Tamanrasett River Valley.” The study described it as ” a possible vast ancient hydrographic system that would rank twelfth at present among the top 50 largest drainage basins worldwide.”

In the future, Skonienczny and her colleagues will continue to search for more underground rivers in Sahara. They are positive that there are even more large river systems to be found. This research can give a better understanding of why are rivers so absent on the continent today and, ultimately, scientists will be able to determine where will the next African Humid Period happen. So, the question is asked, will human caused climate change, together with the natural cycle make Sahara green again, and will this happen sooner than expected?

Whatever the answer to this question may be, It is truly amazing how this esoteric and alien looking desert was once full of life. 6500 years ago, at the brink of civilization, huge rivers flowed there and served as the life bringing veins of humanity.

« The mysteries of King Tut’s tomb never end: a scan proves the existence of a hidden chambers
30 old photos of American car races from the late 19th to early 20th century »