Britain’s ancient trees are on their way to conservation & protection 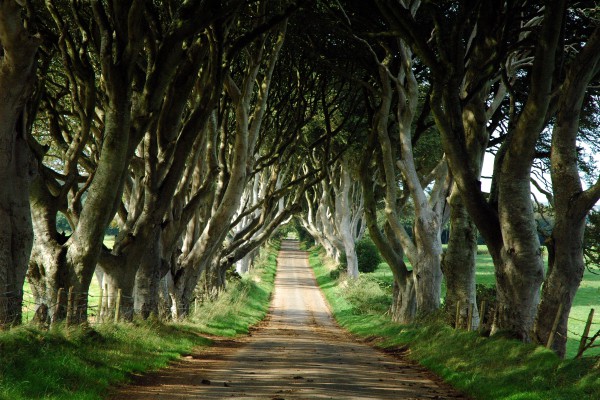 Amid the hustle of a world like today’s, it’s important that people know ancient forests are slowly dwindling due to the demands of society.  Britain’s historical woods, once with great trees stretching from each shore, is one such slowly disappearing forest.

These tough trees have survived great hardships over the years: bulldozers, axes, and extreme weather.  Due to the tough treatment they have had, they are slowly becoming more fragile over the years.  Many people in Britain are fighting for the preservation of these forests.  The trees are thousands of years old and many would expect they would be protected, however, they do not have much protection at all.

A majority of the forests have rare wildlife that would not be still living if it weren’t for the ancient forests.   Local animal and wildlife conservationists are calling upon their government to make laws to preserve what is left of the trees.  Not only is this petition and law a local project, but the conservationists are calling on people nationally and worldwide to help pass the law.

One of the conservationists and tree specialist, Jill Butler, says that she and researchers are still coming across new types of trees that are older than the oldest previously found.  One she and her team just found is more than eight feet across and is thought to be 700 years old.  If the forests are destroyed, researchers will never know just how old and important the trees might be.  She also says that as the trees grow they represent ancestors and the past, as well as our present and future generations.

These trees represent the fact that nothing really has to change in those regions.  Nothing has been touched for years and that is something to think about.  It is promising that industrialists can leave forests alone and let them grow.  With the help of people worldwide, not only can the ancient trees remain untouched, but researchers can continue to identify and study the trees.

Trees in Britain can be protected by councils, but only when forests are endangered by building companies. Before a 1913 law, there were many ancient and historical homes that were demolished due to the need for more space.  In 1913 the Ancient Monuments Consolidation and Amendment Act was passed, preserving all historical monuments and buildings. Now almost 375,000 buildings are considered significant – they are preserved for either the historical value or the architectural value.  A tree register for the forests would act as the same way and accomplish the same type of protection.

One of the spokesmen for the Department for Environment, Food and Rural Affairs says that the reason they and many others are fighting for these conservation measures is because the trees and forests have a special role in the landscape and cultural heritage.  The money and the resources to conserve them efficiently are there, and with others’ help they plan on making sure every last tree is preserved.

Some of the specific trees that will be preserved are: 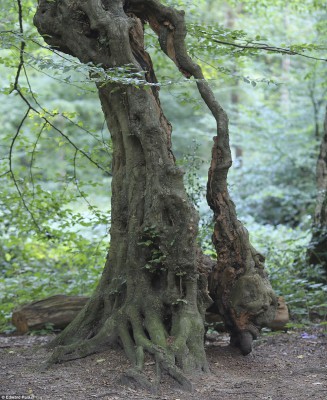 These trees generally house bats, owls, woodpeckers, and special fungi.  The 600-year-old trees support full ecosystems all by themselves. 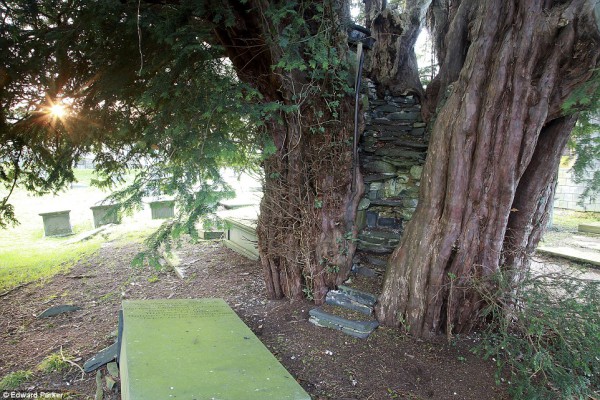 This particular tree species was used by Methodist John Wesley in Wales as preaching stumps. 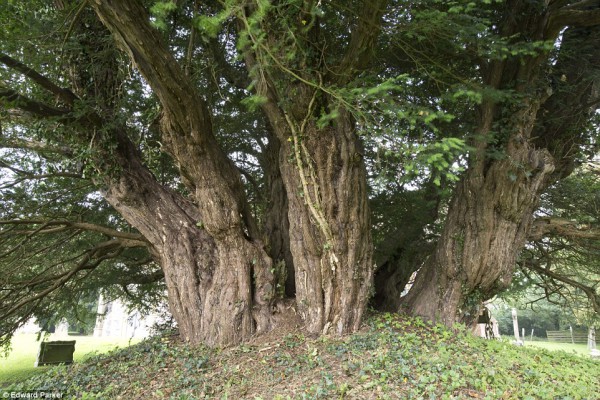 The largest Ashbrittle of Britain measures 40 feet wide and is over 3,000 year old.

There is a long road with the trees lining each side.  The area is known for being depicted in the Game of Thrones.  There are also tales that the area is haunted. 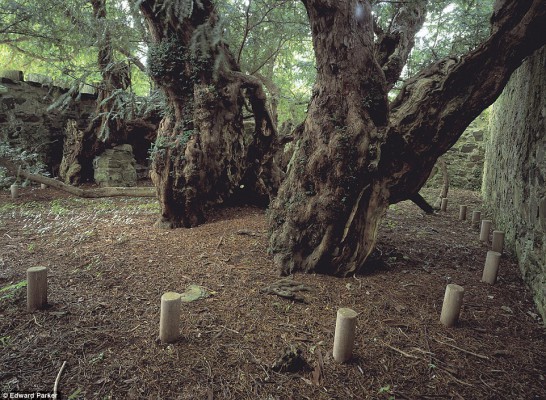 Known in Scotland as well as Britain, the species dates to 2,000 to 3,000 years old.  The trees can measure almost 56 feet wide, although one 56-footer has already rotted out due to its age.

This tree was thought to have brought Henry VIII and Anne Boleyn together in the 1530s. 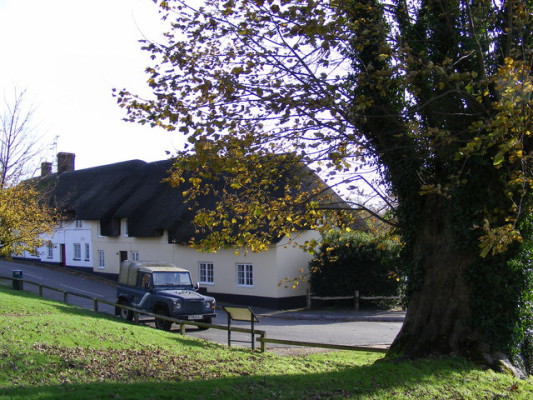 The Green at Tolpuddle. It is believed that whilst sitting under this sycamore tree, the six Tolpuddle Martyrs agreed to form a trade union. source

This sycamore species played a role when in 1834 farm workers formed the Friendly Society of Agricultural Laborers.  The farmers were protesting against low wages; eventually they were arrested and deported to Australia. Luckily, their acts were pardoned and they were able to return to the Dorset village. 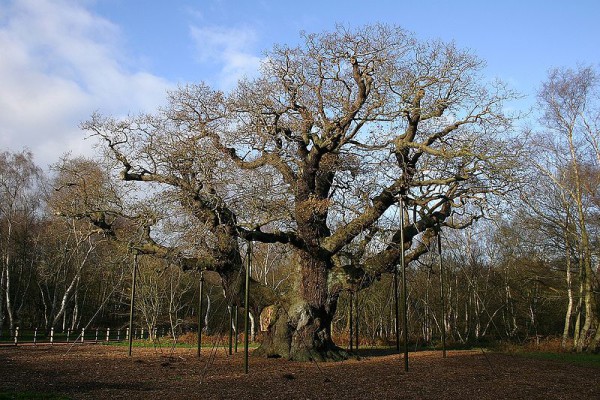 It received its present name from Major Hayman Rooke’s description of it in 1790. source

This was supposedly the very tree that sheltered Robin Hood in the 13th century. It is 33 feet wide and over 1,000 years old.  However, due to how old it is, steel props need to support the 23-ton tree. 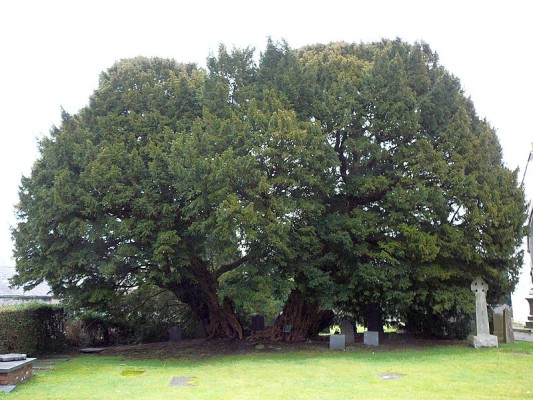 In the mid-1990s the church oil tank stood in the space between the two trunk fragments. source

This particular tree is 5,000 years old and is the oldest tree in Britain.  It started growing in the Bronze Age and possibly even before Stonehenge was built.  Before 1990, an oil drum storing fuel for a church was kept in the tree’s trunk.  Its wood was also material for key rings that that the locals sold. 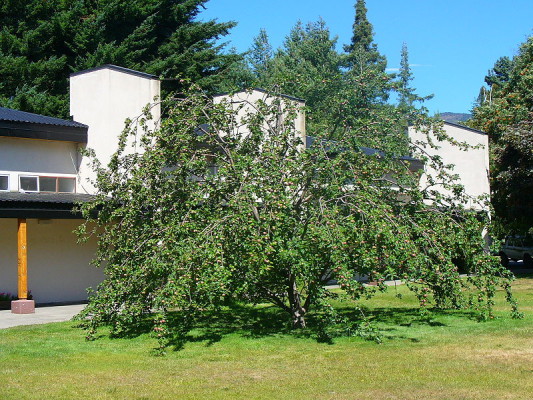 Like Robin Hood’s, this very tree has played a part in history. It’s known as the driving force behind Newton’s theory for explaining gravity.