The Japanese super-tank of WWII, it would have had a crew of 11 & weighed 100 tons 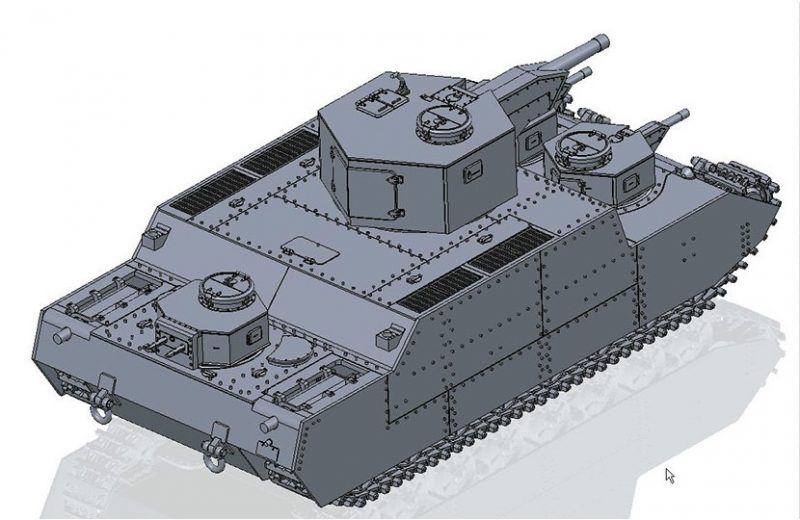 During World War II, there was a major arms race between all the major players for the production of a super-heavy tank.  At the time it was thought that the Japanese had no intention of manufacturing such a vehicle, but recently uncovered literature negates those claims.

In August 1939, the Soviet Red Army and the Japanese fought a major tank battle, the Battle of Khalkhin Gol, on the Mongolian border.  This battle was a decisive defeat for the Japanese, but it taught them two important things.  The first was that Japan needed to turn away from fighting Russia and cast their eyes upon what they thought was a weaker opponent in America.  The second realization was that the existing Japanese battle tanks, the light Type 95 Ha-Go and the medium weight Type 97 Chi-Ha, were insufficient to take on any of the Allied forces.  The following year a Colonel from the Army Ministry in Japan, Hideo Iwakuro, ordered the Engineering Division of the Imperial Army to develop a super heavy tank.  The basic design parameter issued by the Colonel was that it must be twice as heavy as the Type 95, or around 26 tons.

The engineers set to work and produced a prototype by the end of the same year.  This tank weighed 100 tons, needed eleven men to operate it, and came equipped with a formidable arsenal.  It had a 105mm cannon for its main armament; the vehicle could carry well over one hundred rounds for this cannon.  It also carried a 75mm cannon and a lighter 7.7mm machine gun.  The frontal section of the tank was protected by 75mm of thick steel armour, not including a second 75mm plate that could be attached to provide additional protection.  The sides and back of the tank were made of 35mm steel plate with another 35mm plate available for additional protection.

The Japanese had gone against conventional wisdom and outfitted the tank with multiple turrets.  The British and the Soviets, having experienced the limitations of multiple turrets, had dispensed with this layout for their main battle tanks in favour of a single turret, but the Japanese seemed to favour the multi-turret approach and maintained this design in the super heavy tanks.

The 100-ton tank proved to be a dismal failure during field trials, as deploying the vehicle was impossible.  The tank sank over a meter into the ground when it was driven off the concrete platform.  The ground at the test location was wet and rather soft; the smallest degree of vehicle rotation caused the tank to dig itself into the ground, and the road wheels to slip from the tracks. 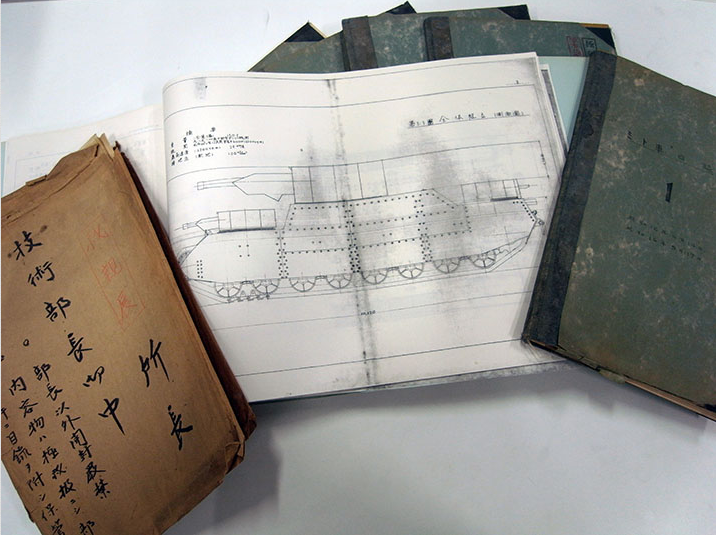 Blueprints and work diaries of a phantom 150-ton super-heavy tank that was ordered by the Imperial Japanese Army during WWII. source

When the tank was driven on the concrete road, bits of the tracks were ripped off, and again the road wheels slipped out, causing the concrete to be ripped up. The weight of the vehicle was simply too much for its suspension; travelling over uneven terrain, the normal venue for a battlefield tank, was impossible.   A tarpaulin was pulled over the vehicle, the blueprints were destroyed or lost, and the prototype was abandoned and later scrapped.

Later the Japanese once again launched into the development of a super-heavy tank.  They had literature on the German tank, “Maus” and, inspired by this vehicle, the Imperial Army approached Mitsubishi Heavy Industries in 1944 to begin work on a Japanese equivalent.   The tank was dubbed the “O-I” meaning “large one.”

This new tank was designed with a length of 10 meters, a width of 4.2 meters, and a height of 4 meters.  It had one main turret carrying a 105 mm cannon, adapted from Japanese field cannon, with several secondary turrets for smaller calibre weapons.  The main turret and the front were equipped with 200 mm of armor, with 150 mm of armor at the rear.  The sides carried lighter 110 mm armor.  The vehicle was boxy in shape and was powered by two V12 petrol-fuelled engines installed at the rear of the vehicle.   It would have weighed around 120 tons, and it rode above newly designed 750 mm tracks driven by eight wheels.

Opinions vary on the effectiveness of this vehicle but the general consensus is that it would have been the proverbial sitting duck on the battlefields of World War II.  It would have dragged itself around the field and, without protection from lighter tanks or infantry, it would have been overrun by the enemy or blasted from the earth by attack aircraft.  Development of this tank was abandoned in 1945 before the design was even finalized.