You surely have noticed how writers tend to painstakingly describe the protagonists of their books, with the specific attributes to help you better understand and visualize the character.

Brian Joseph Davis, a Brooklyn-based artist and filmmaker with his new interesting Tumblr project The Composites, imagines the physical appearance of some iconic literary characters based on the written depictions in the books.Davis also used  the help of  commercially available sketch-rendering software used by law enforcement.

Besides showing some of the most iconic literary characters such as  Humbert Humbert from Nabokov’s Lolita, Annie Wilkes from Misery in a rather eerie and creepy black and white mugshots, The Composites also illustrates the difference of the film’s characterization compared to the text.

After a long Hiatus, starting from February, The Composites will be returned with weekly photo and a monthly podcast, you can also suggest a literal character for composite.

Check out some past police sketches: 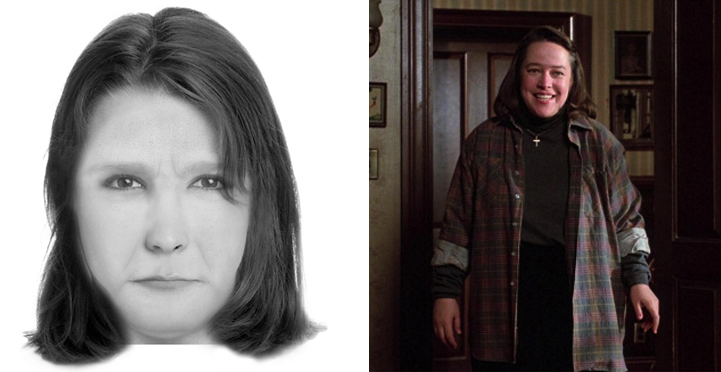 King characterizes Annie Wilkes as a cunning, brutal and devious woman who hides her psychosis behind a cheery facade. Both the novel and the film portray her as extremely paranoid, and also suggest that she may suffer from bipolar disorder. 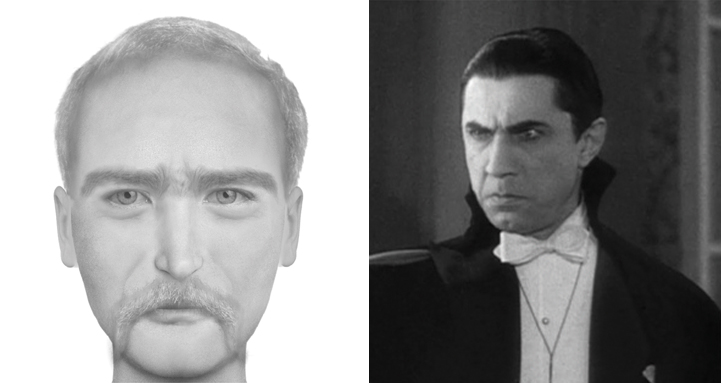 Although early in the novel Dracula dons a mask of cordiality, he often flies into fits of rage when his plans are frustrated. When the three vampire women who live in his castle attempt to seduce Jonathan Harker, Dracula physically assaults one and ferociously berates them for their insubordination. He then relents and talks to them more kindly, telling them that he does indeed love each of them. 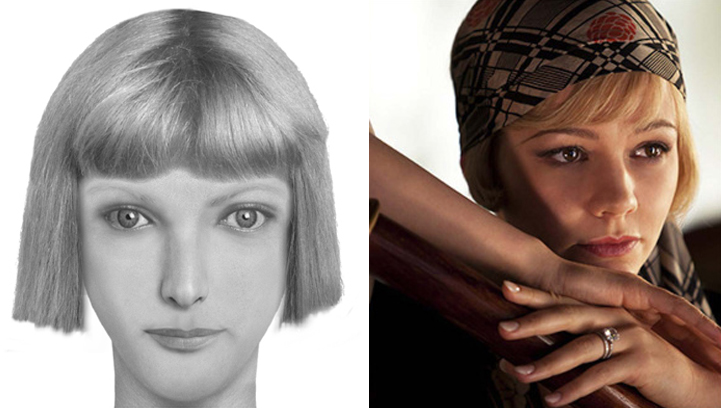 According to his own letters and diary entries, Fitzgerald’s character of Daisy was based on Chicago socialite and debutante, Ginevra King 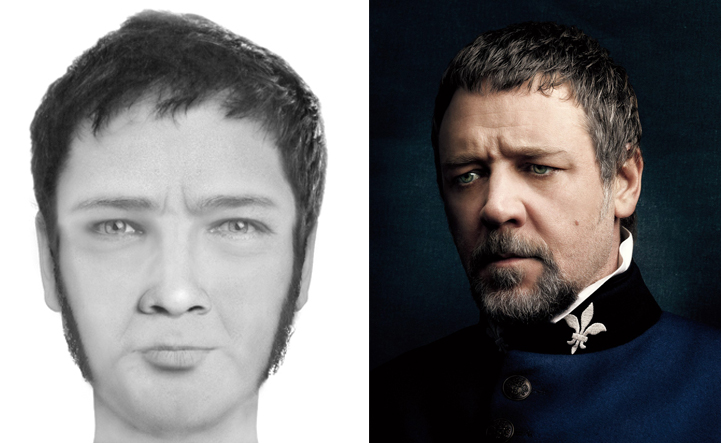 The character of Javert is loosely based on Eugène François Vidocq, a criminal and adventurer who became a police official (though Vidocq wrote that he never arrested anyone who stole out of need). 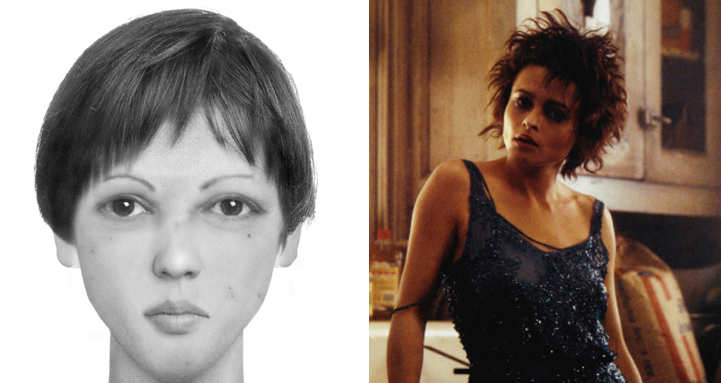 Marla Singer was a strong-willed woman who came across as being a complete nutcase.Marla was named after a school bully who Chuck Palahniuk knew in grade school. 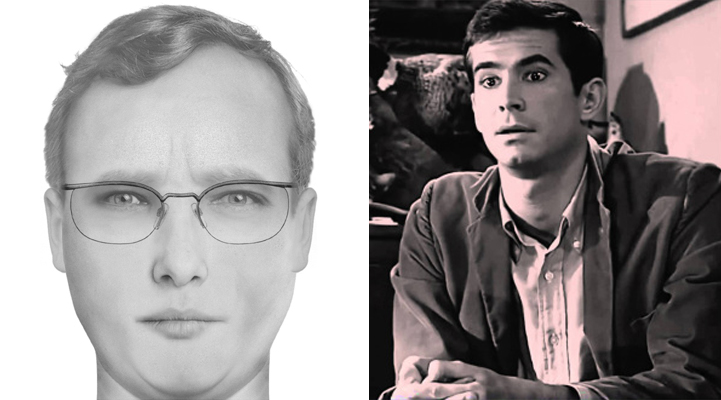 The character Norman Bates in Psycho was loosely based on two people. First was the real-life murderer Ed Gein, about whom Bloch later wrote a fictionalized account, “The Shambles of Ed Gein”, in 1962. (The story can be found in Crimes and Punishments: The Lost Bloch, Volume 3).

Bates was portrayed by Anthony Perkins in Hitchcock’s seminal 1960 film adaptation of Bloch’s novel and its three sequels.

7.Nurse Ratched, One Flew Over the Cuckoo’s Nest- Ken Kesey 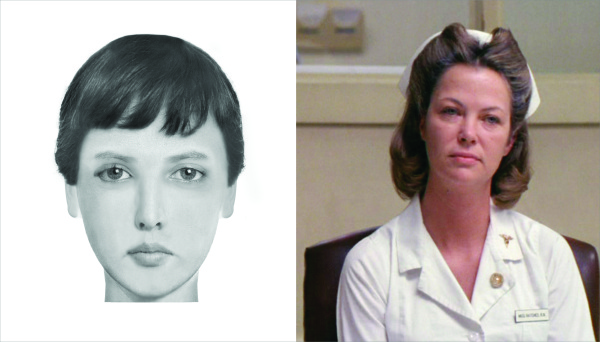 Nurse Ratched is the head administrative nurse at the Salem, Oregon, State Hospital, a mental institution where she exercises near-absolute power over the patients’ access to medications, privileges, and basic necessities such as food and toiletries. She capriciously revokes these privileges whenever a patient displeases her. Her superiors turn blind eyes because she maintains order, keeping the patients from acting out, either through antipsychotic and anticonvulsant drugs or her own brand of psychotherapy, which consists mostly of humiliating patients into doing her bidding. 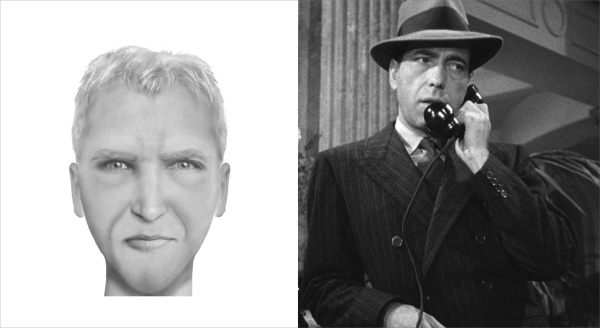 Spade was a new character created specifically by Hammett for The Maltese Falcon; he had not appeared in any of Hammett’s previous stories. Hammett says about him:

Spade has no original. He is a dream man in the sense that he is what most of the private detectives I worked with would like to have been and in their cockier moments thought they approached. For your private detective does not — or did not ten years ago when he was my colleague — want to be an erudite solver of riddles in the Sherlock Holmes manner; he wants to be a hard and shifty fellow, able to take care of himself in any situation, able to get the best of anybody he comes in contact with, whether criminal, innocent by-stander or client.

From the 1940s onward, the character became closely associated with actor Humphrey Bogart, who played Spade in the third and best-known film version of The Maltese Falcon. Though Bogart’s slight frame, dark features and no-nonsense depiction contrasted with Hammett’s vision of Spade (blond, well-built and mischievous), his sardonic portrayal was well-received, and is generally regarded as an influence on both film noir and the genre’s archetypal private detective. 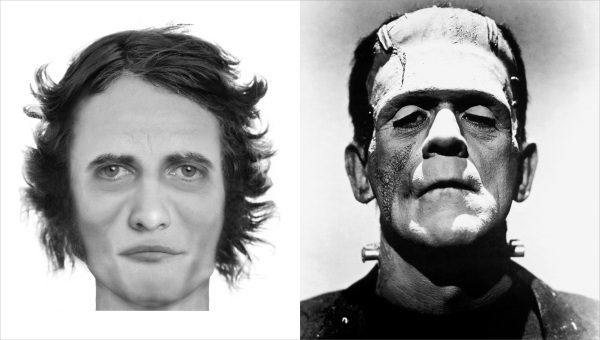 Shelley described Frankenstein’s monster as an 8-foot-tall (2.4 m), hideously ugly creation, with translucent yellowish skin pulled so taut over the body that it “barely disguised the workings of the arteries and muscles underneath”; watery, glowing eyes, flowing black hair, black lips, and prominent white teeth. The monster attempts to integrate himself into human social patterns, but is shunned by all who see him. This compels him to seek revenge against his creator. A picture of the creature appeared in the 1831 edition. Early stage portrayals dressed him in a toga, shaded, along with the monster’s skin, a pale blue. Throughout the 19th century, the monster’s image remained variable according to the artist. 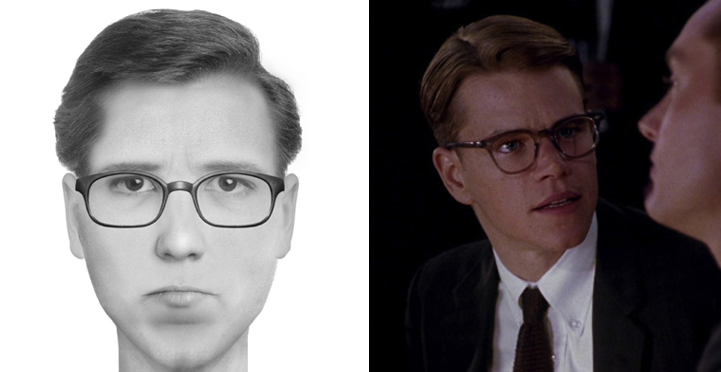 Highsmith characterizes Ripley as a “suave, agreeable and utterly amoral” con artist and serial killer who always evades justice. In his review of Purple Noon, Rene Clement’s 1960 film adaptation of The Talented Mr. Ripley, Roger Ebert describes Ripley as “charming, literate, and a monster”.Book magazine ranks Ripley #60 on its list of the 100 Best Characters in Fiction since 1900 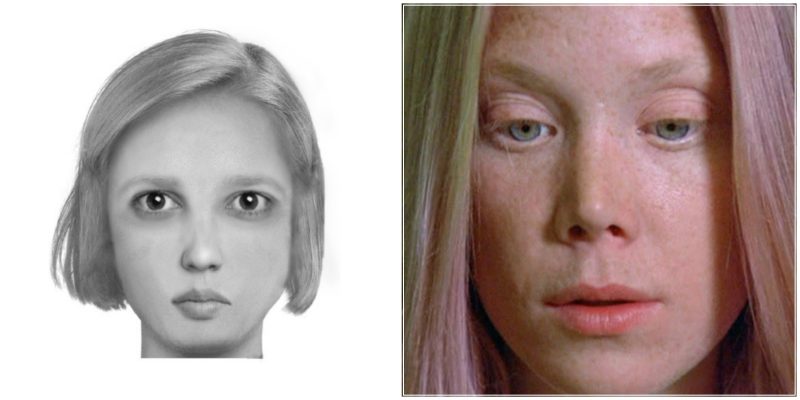 In the novel, Carrie White is described as being slightly unattractive, she is a “frog among swans“. In appearance Carrie is slightly overweight with pimples on her neck, on her back and on her buttocks. She has flat, oiley, mousey and colorless dirty-blonde hair and very pale skin. In the first section of the story, Carrie had a greasy face with blackheads and wore stockings that were always run, running, or about to run and she was always showing sweat stains under the arms of her blouses. Carrie is especially unattractive because of her mother’s control over her. In the second section of the story, Carrie attempts to fix herself up on the night of the prom and makes an effort in enhancing her appearance, she is described as actually looking pretty, for the first time in her entire life.