Acoustic locator – Detecting enemy aircraft before the invention of Radar

Acoustic location devices were used by military services from mid-World War I to the early years of World War II for the passive detection of approaching enemy aircraft by listening for the noise of their engines. These typically consisted of large acoustic horns attached to stethoscope-type earphones worn by monitors.The first use of this type of equipment was claimed by Commander Alfred Rawlinson of the Royal Naval Volunteer Reserve, who in the autumn of 1916 was commanding a mobile anti-aircraft battery on the east coast of England. He needed a means of locating Zeppelins during cloudy conditions and improvised an apparatus from a pair of gramophone horns mounted on a rotating pole. Several of these equipments were able to give a fairly accurate fix on the approaching airships, allowing the guns to be directed at them despite being out of sight. Although no hits were obtained by this method, Rawlinson claimed to have forced a Zeppelin to jettison its bombs on one occasion. The air-defense instruments usually consisted of large horns or microphones connected to the operators’ ears using tubing, much like a very large stethoscope. 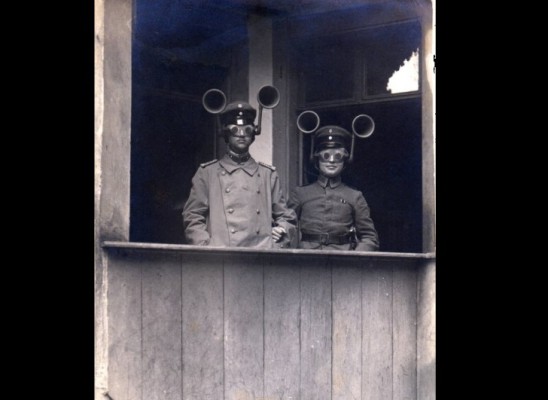 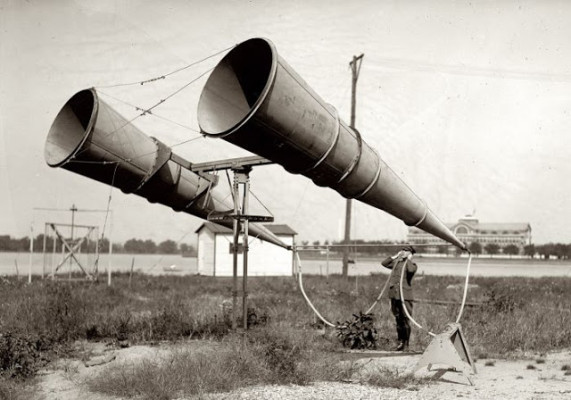 A two-horn system at Bolling Field, USA, near the Army War College at Fort McNair (in the background), 1921 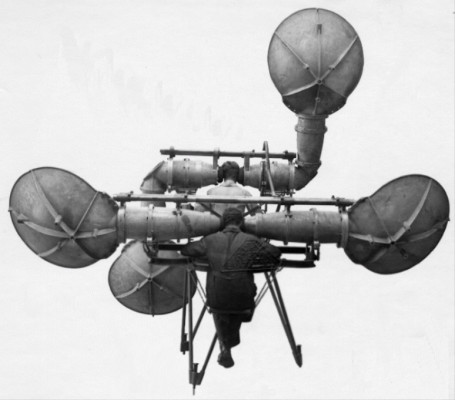 Horn-like sound locators of the US Army 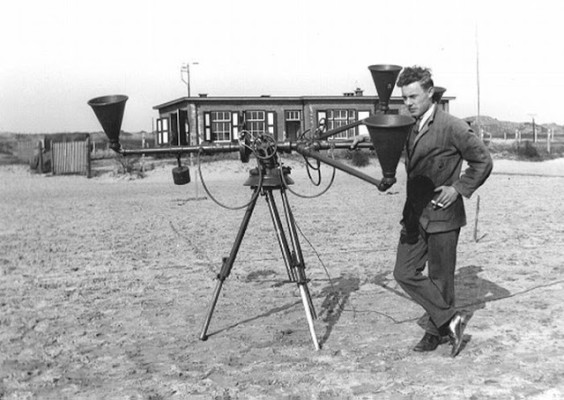 The Doppelt Richtungshörer, produced by the German Askania 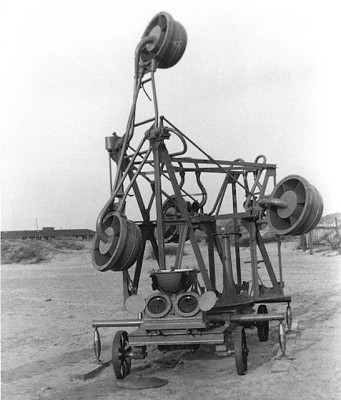 Most of the work on anti-aircraft sound ranging was done by the British. They developed an extensive network of sound mirrors that were used from World War I through World War II. Sound mirrors normally work by using movable microphones to find the angle that maximizes the amplitude of sound received, which is also the bearing angle to the target. Two sound mirrors at different positions will generate two different bearings, which allows the use of triangulation to determine a sound source’s position.

As World War II neared, radar began to become a credible alternative to the sound location of aircraft. For typical aircraft speeds of that time, sound location only gave a few minutes of warning. The acoustic location stations were left in operation as a backup to radar, as exemplified during the Battle of Britain. Today, the abandoned sites are still in existence and are readily accessible. After World War II, sound ranging played no further role in anti-aircraft operations. This technology was rendered obsolete before and during World War II by the introduction of radar, which was far more effective.

Miniaturized listening devices for the improved mobility, concepts from The Netherlands, 1930s 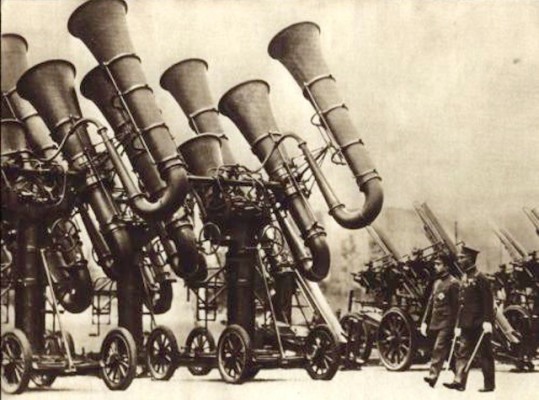 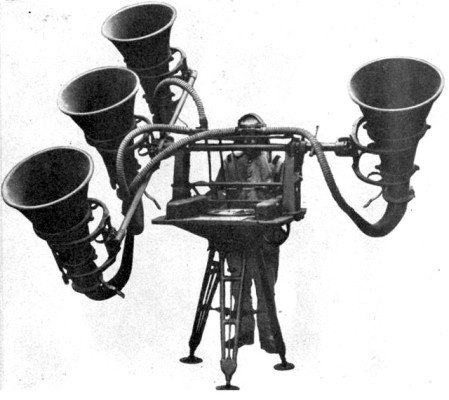 A Japanese detector from the late 1930s 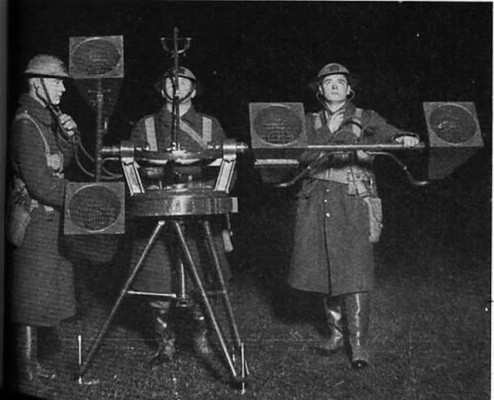 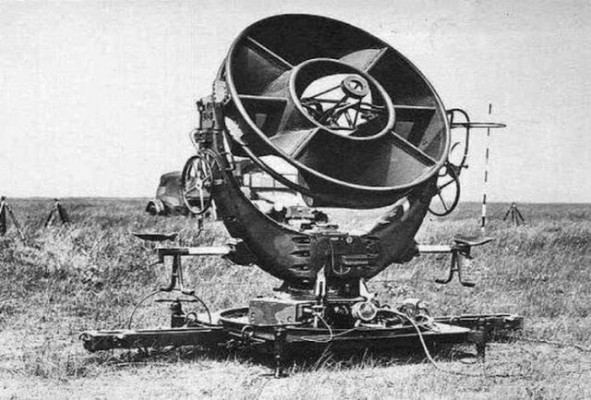 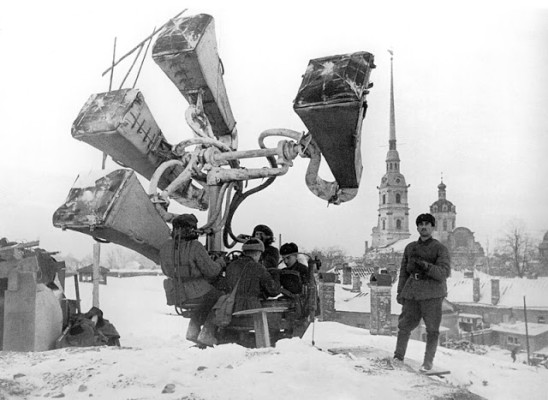 Soviet soldiers are listening to the sky with their ZT-4 locator, 1942

« Yasuke, the only African samurai, spoke Japanese fluently and became a nobleman
Wacko: WWII ship named HMS porcupine was hit with a torpedo & was split in half. They then built two ships from her, named HMS Pork and HMS Pine »