So many inventions have been made over centuries; so many of those inventions are what we still rely on today.  Thanks to geniuses and those who didn’t give up on their ideas, we live a good life.

One of the companies that have shaped the history of inventions over time is the Armstrong Works of Scotswood and Elswick companies.  They have showcased the ideas of engineering and have been a part of the Tyneside families for over 160 years.

The Scotswood factory has just recently been redeveloped and is promising new opportunities to the Geordie workforce.  Through a photo gallery, amazing inventions made since the 1800s can be viewed.  The images are now on display at the Tyne & Wear Archives and Museums. 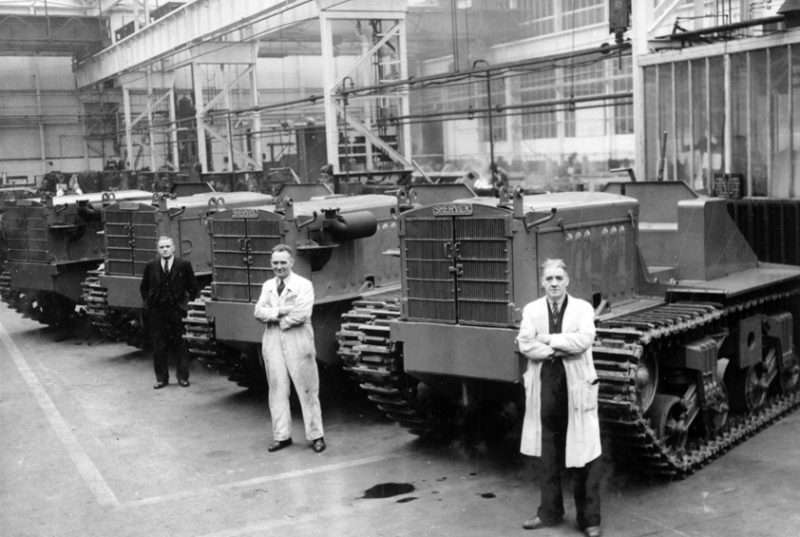 Shervick Tractors at the Elswick Works, 1948 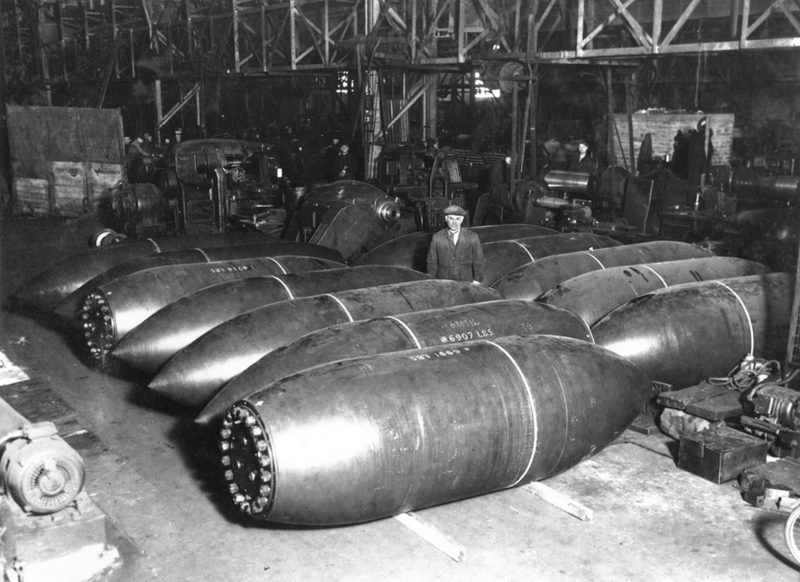 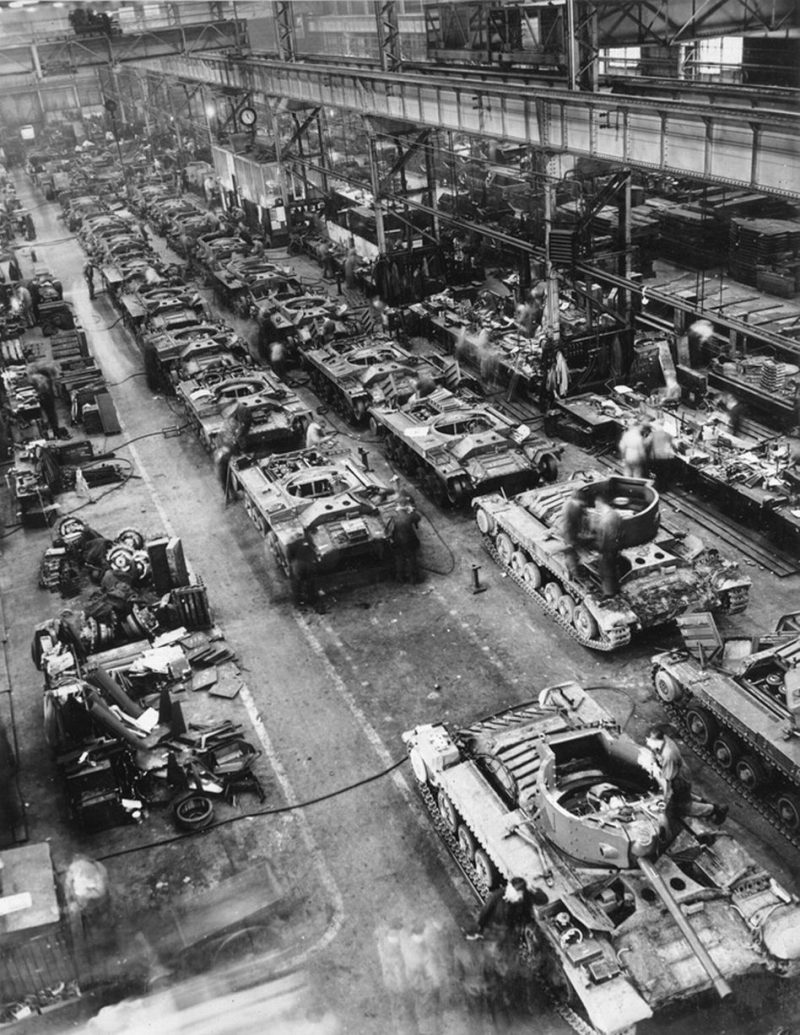 Valentine Tanks on the Assembly Line, 1942 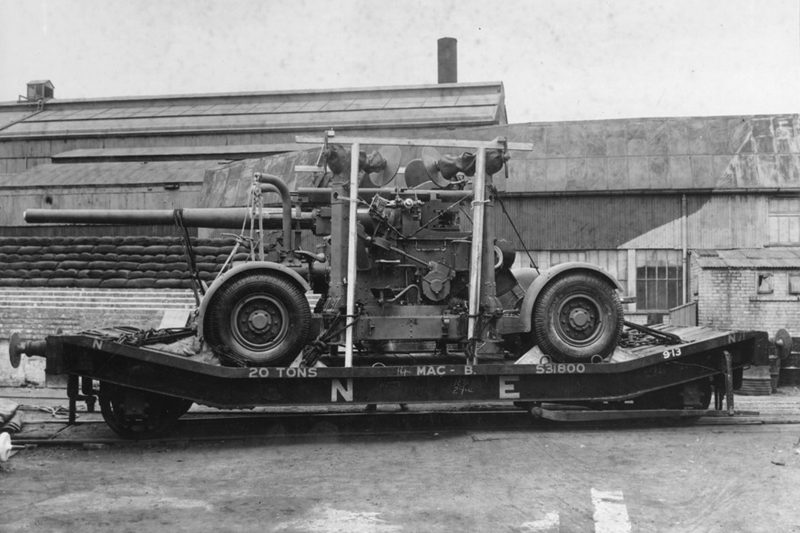 3.7 anti-aircraft gun at the Scotswood Works 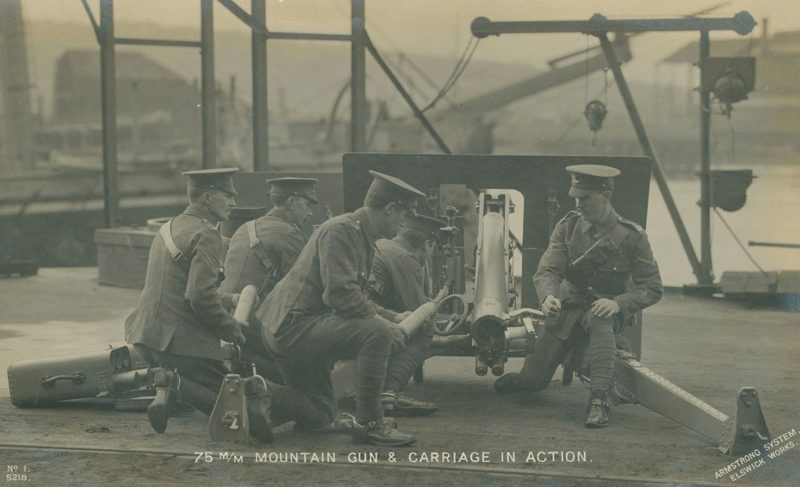 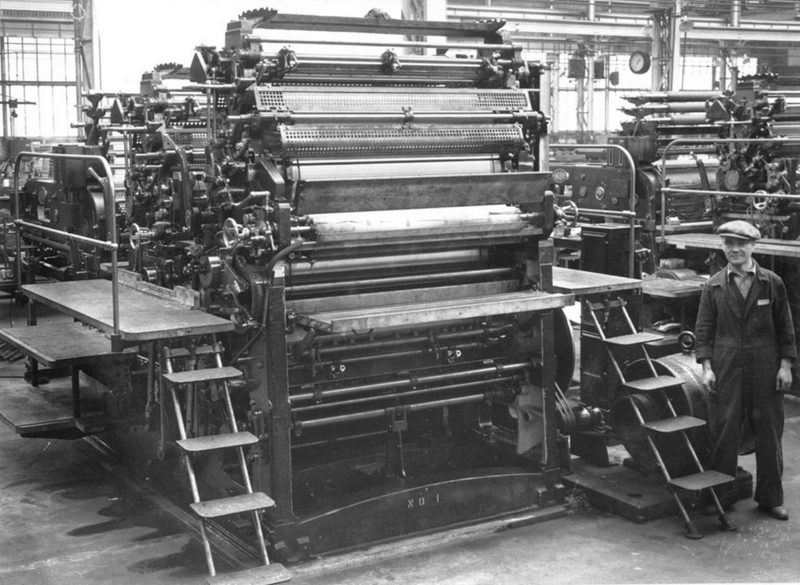 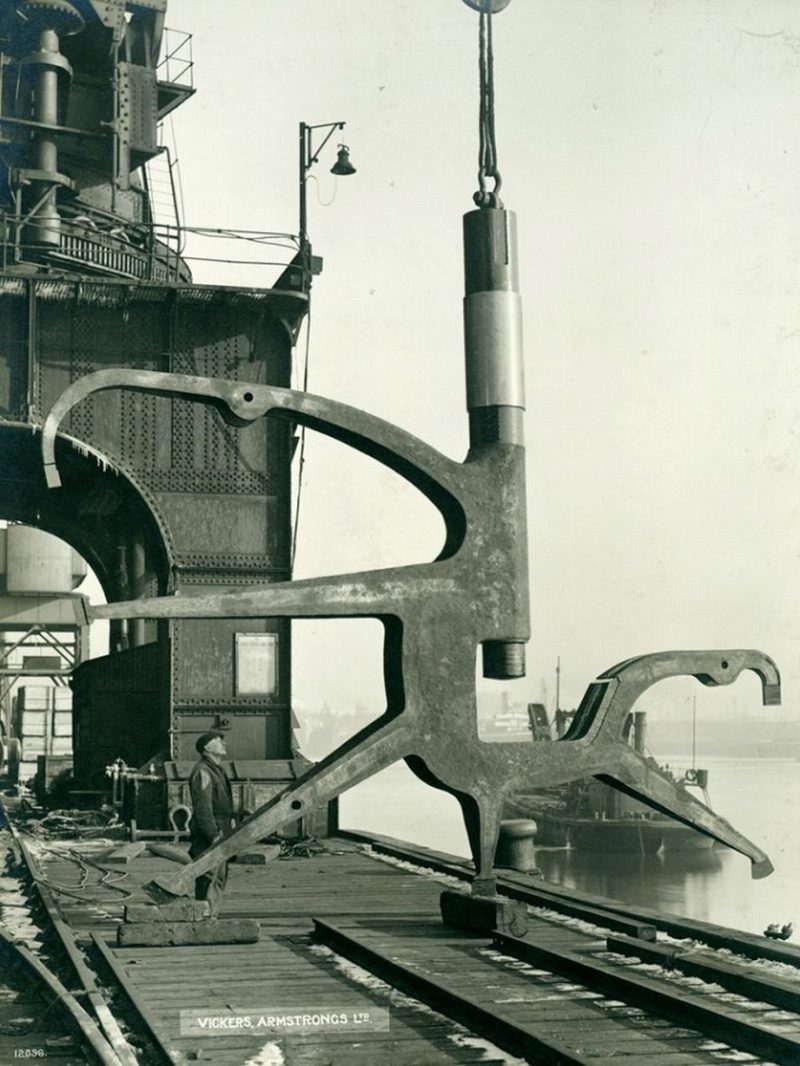 A Rudder frame ready for shipment from the Elswick Works, 1928 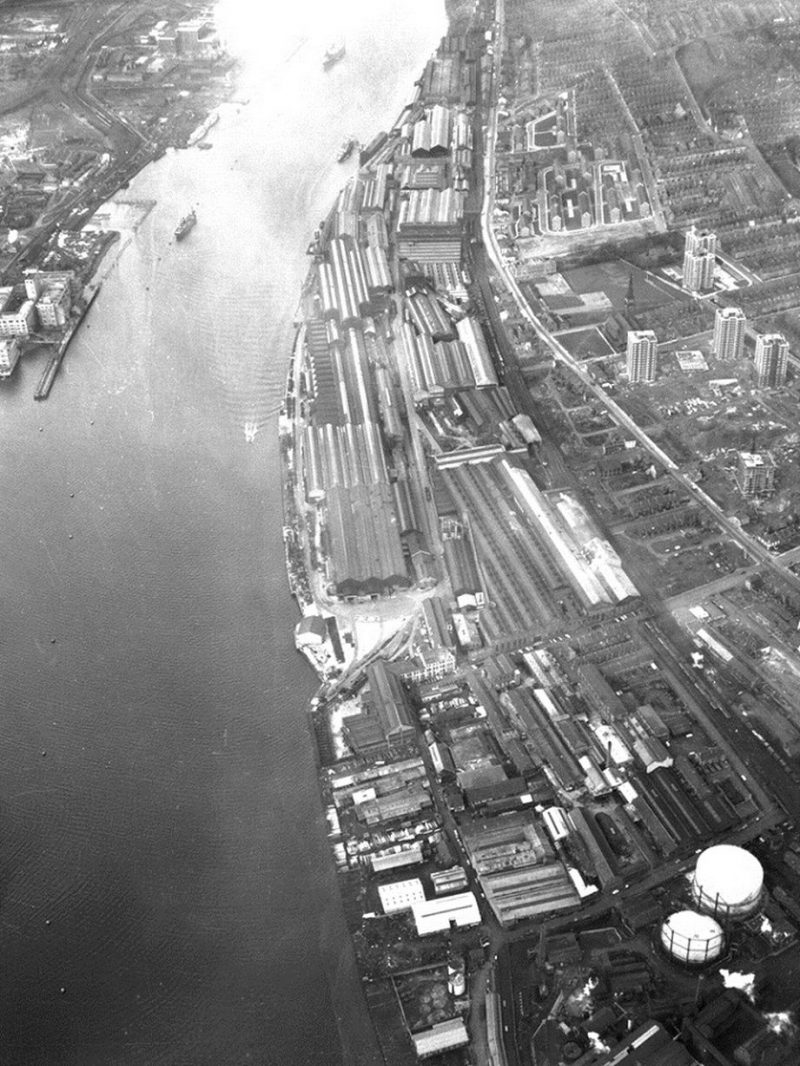 Aerial view of the Elswick Works

The inventions made at the factory caused it to be called the “workshop of the world”; those inventors and engineers had made it possible to create such amazing things in the prime time of industrial development.  The companies have also been known to associate with other companies such as Armstrong Whitworth and Armstrong Mitchell & Company. Many people probably know another name now used – the Vickers-Armstrong Works.

This factory mainly produced tanks and munitions, but other pieces of equipment the company has produced over time were planes, ships, trains, Rolls Royce engines, public service equipment like the motorized Royal Mail, fire trucks, and even industrial-sized cranes.  The company was also known to test armored cars, trains, tractors, torpedoes, and aqua tanks.  People said that it was a common site to witness those tests at that time. 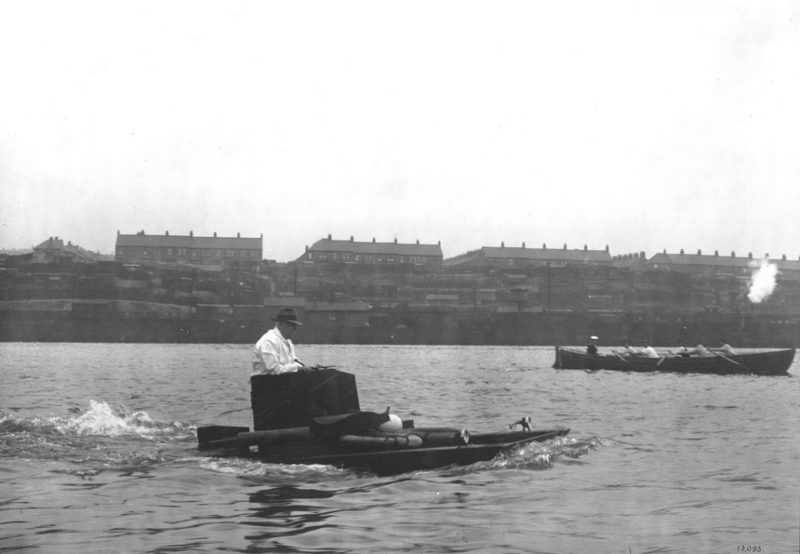 Amphibious Tank on the River Tyne, 1932 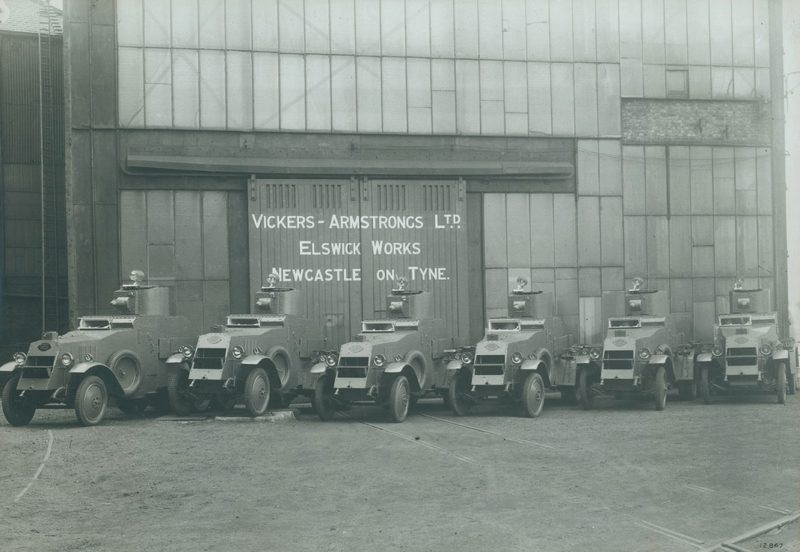 Armoured cars outside the Elswick Works 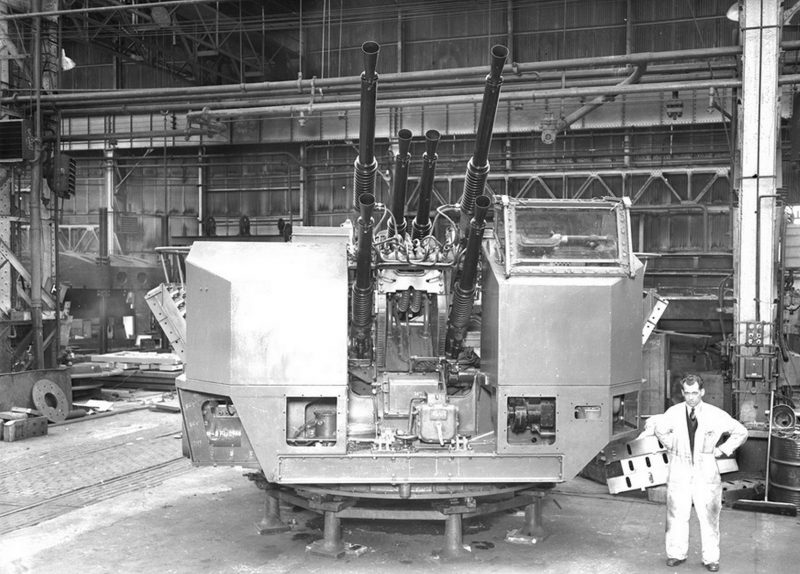 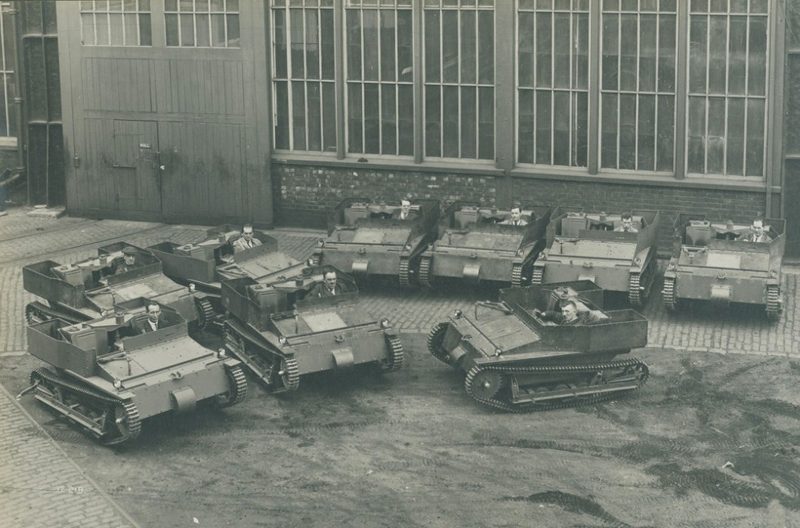 Carden-Loyd Carriers at the Elswick Works 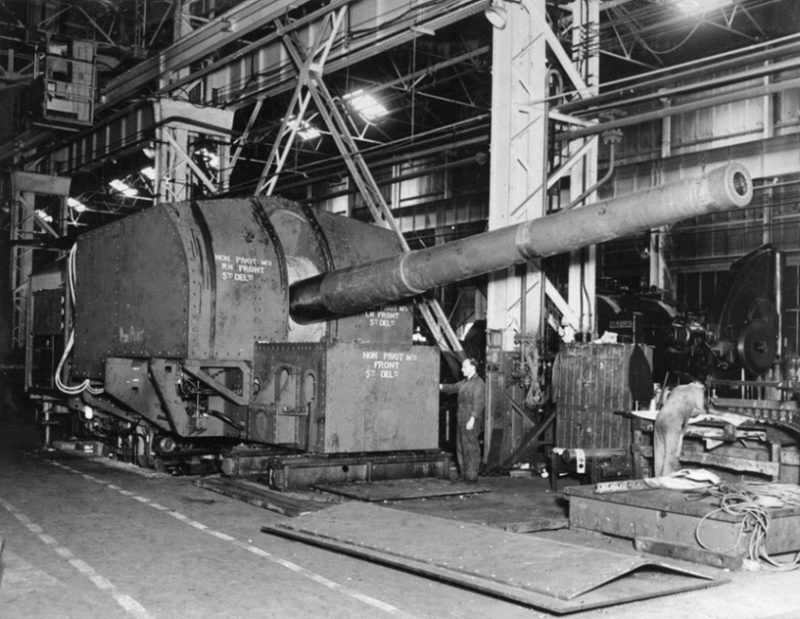 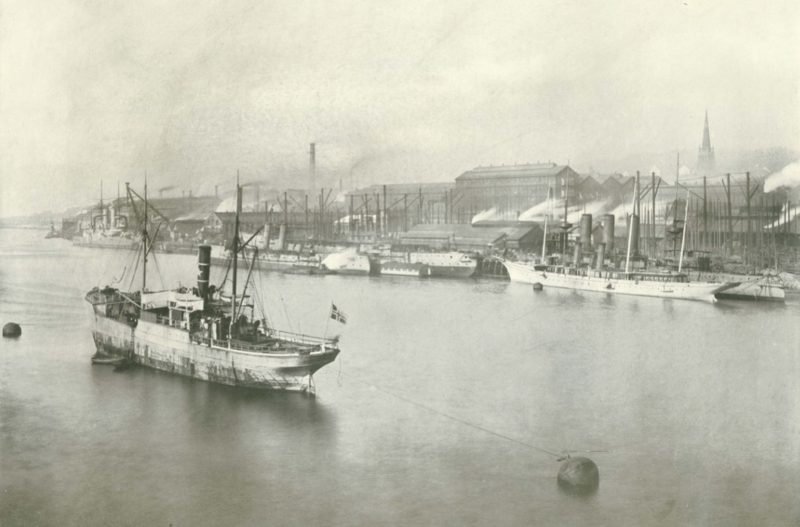 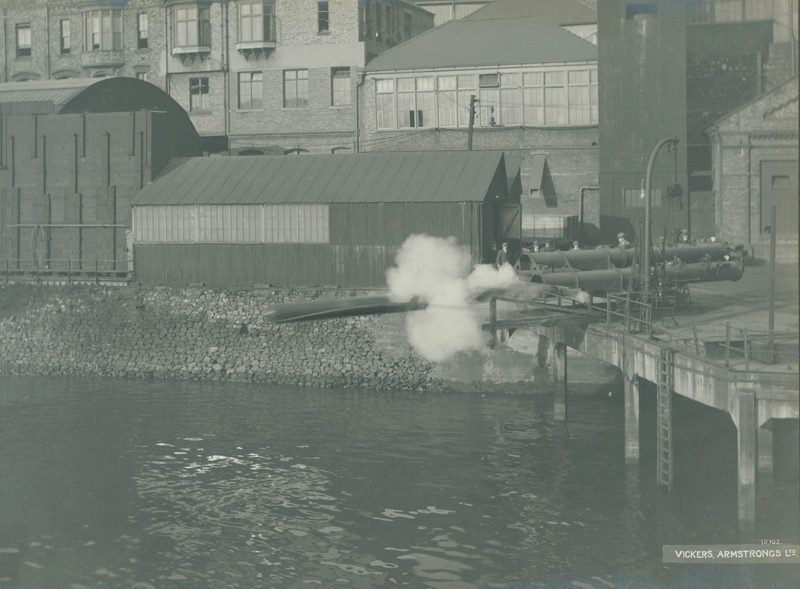 The products the company shipped out demonstrated a huge variety – munitions and engines to fishing and mining equipment and printing machines.  The skills the workers had in the factory in order to make such a range of equipment is quite amazing.  One most amazing thing is that the company had hired both men and women, which was practically unheard of for a factory.  But the result was that the company benefited from its workers’ various fantastic skills.  The North East took pride in having such an array of smart employees.  They were in charge of shipbuilding and locomotives in the 1800s to the armaments and engines in both World War I and World War II.  The factory spanned nearly 70 acres around the River Tyne and employed many North East families for centuries.

Alan Hayward, who is an archivist at the Tyne & Wear Archives and Museums, said that when a lot of people heard the word “workshop of the world” they knew that it was used to describe Britain’s manufacturing dominance in the 19th century.  It was also known that people were describing the largest and most successful industrial company, the Elswick Work and Scotswood Works of Vickers Armstrong, along with its predecessor companies. 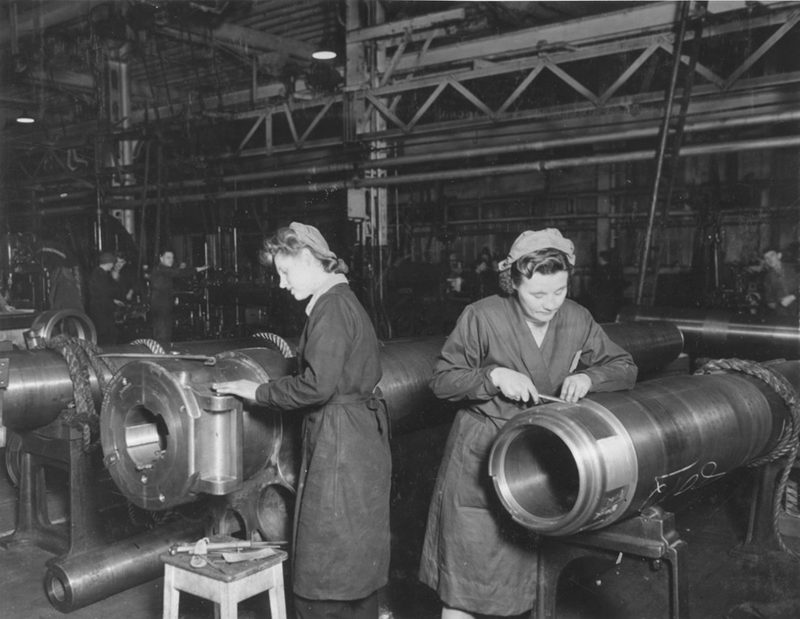 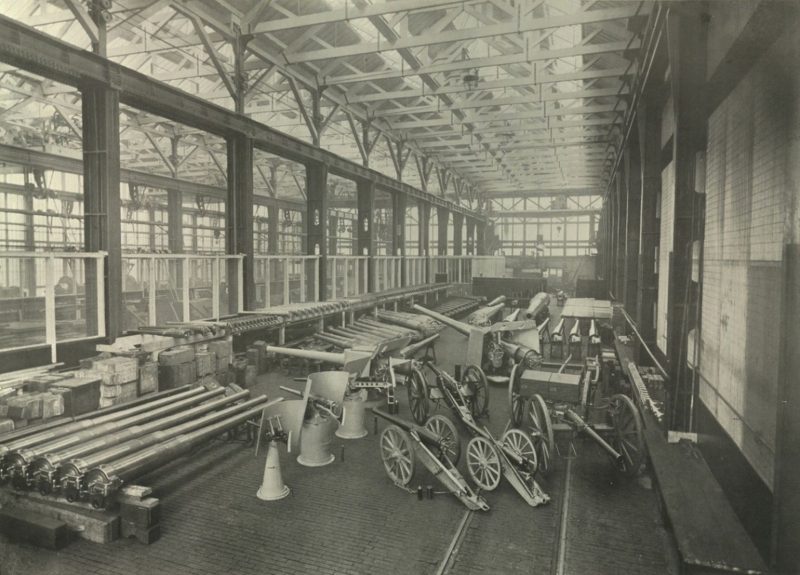 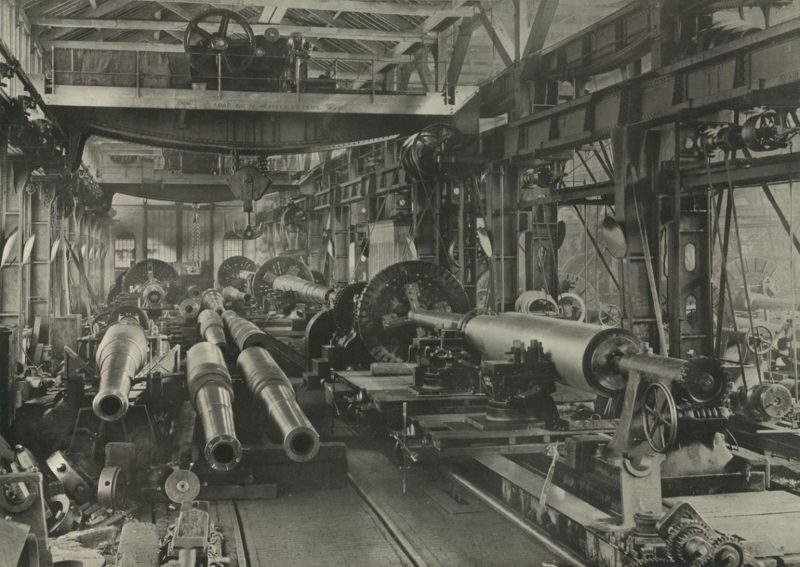 Hayward went on to say that the factories along the River Tyne had employed hundreds of thousands of men and women who built a variety of products that were shipped worldwide.  The Elswick Works was originally established by William George Armstrong in 1847, when it originally manufactured hydraulic cranes.

Although it started as a factory that only produced one large piece of equipment, it steadily grew to what people know today.  By 1953, the company had grown into the 70 acres along the River Tyne as it stands today.  Thanks to a 20 million pound donation to have the factory renovated, it has something new in store.

The first photo in the gallery is of the Shervick tractors (or tanks) all finished, with men, most likely the engineers who helped make them, standing in front of them.  The photo was taken in April of 1948, shortly after World War II, when the company had become a major manufacturer of war supplies.

The second photo was taken January 7, 1945 when it captured the Grand Slam bombs.  A third photo is of more tanks, and was taken on September 28, 1942. Another photo is a gun-mounting machine with a worker, who most likely helped make it, next to it.  It was taken in September of 1946. An action photo depicting the trial run of a torpedo into the River Tyne is the next picture.  One of the images is an amphibious tank in the Tyne and torpedoes being fired at the Gateshead.

A majority of the photos in the showing are of war weapons and trial runs, since the factory gained a majority of its business with creating the weapons.  You can see that many of them have men or women standing near the piece of equipment, which is most likely a show of pride for having helped in the design or manufacture of the piece. 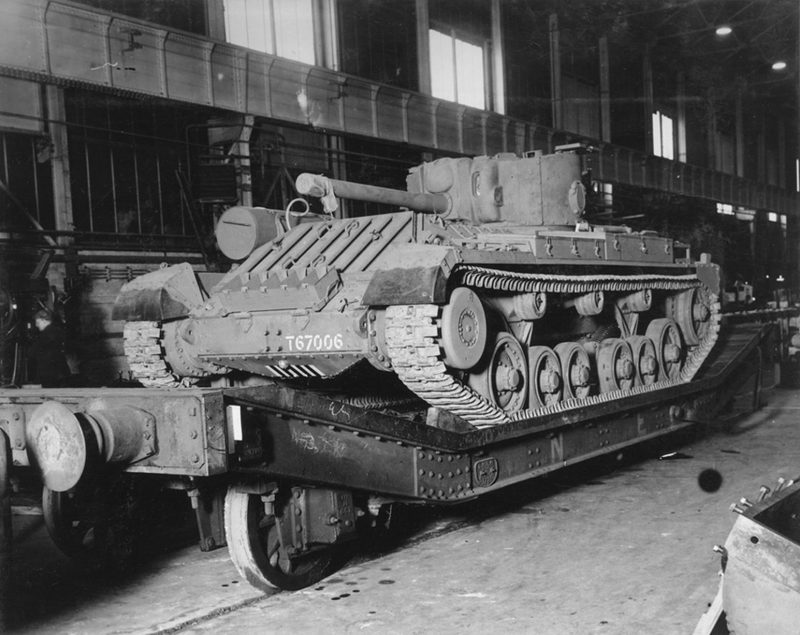 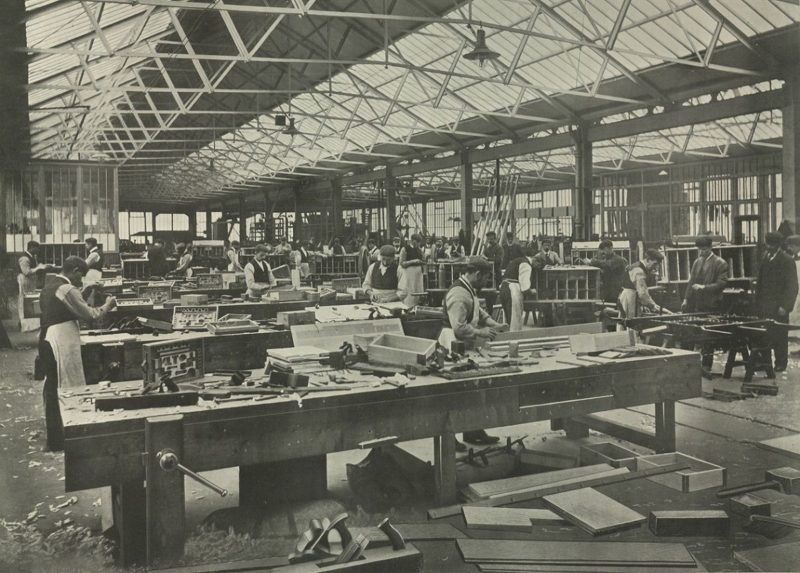 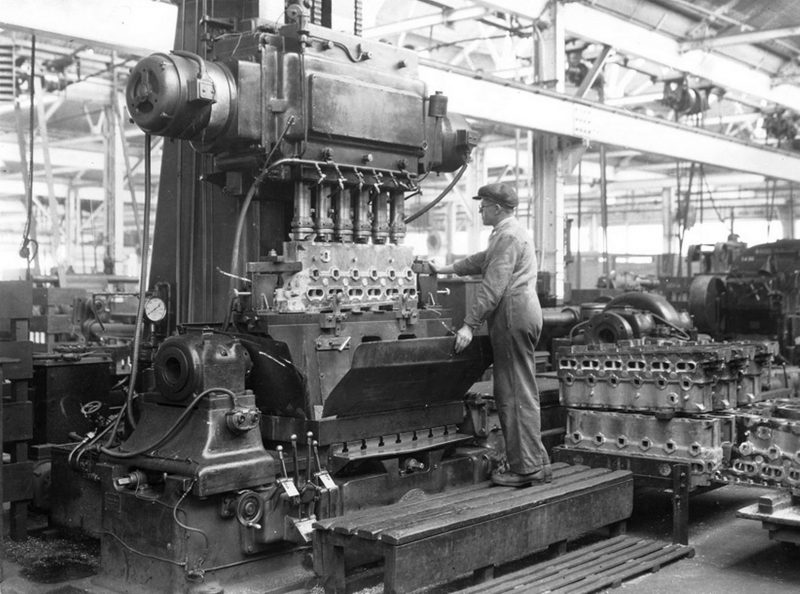 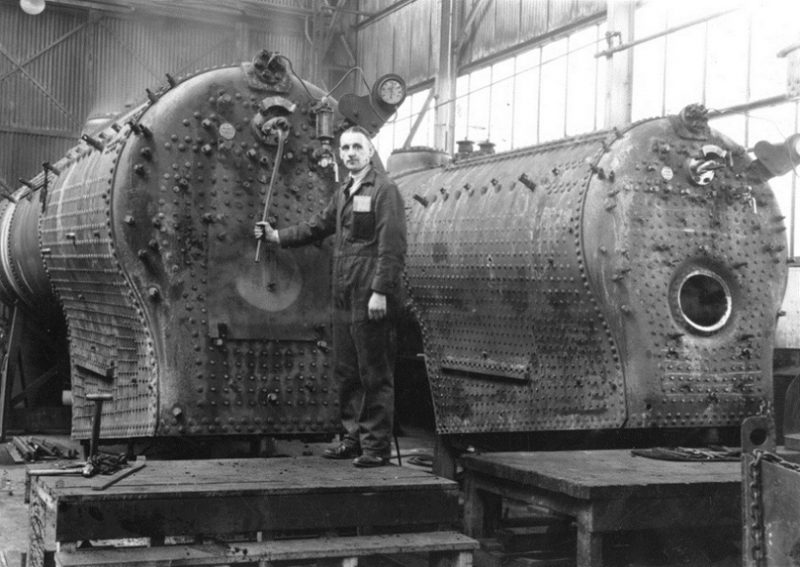 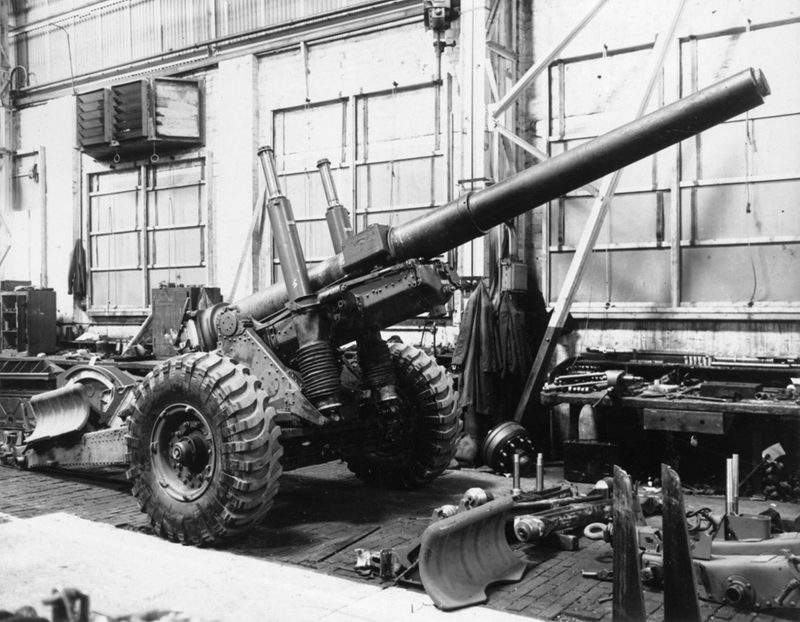 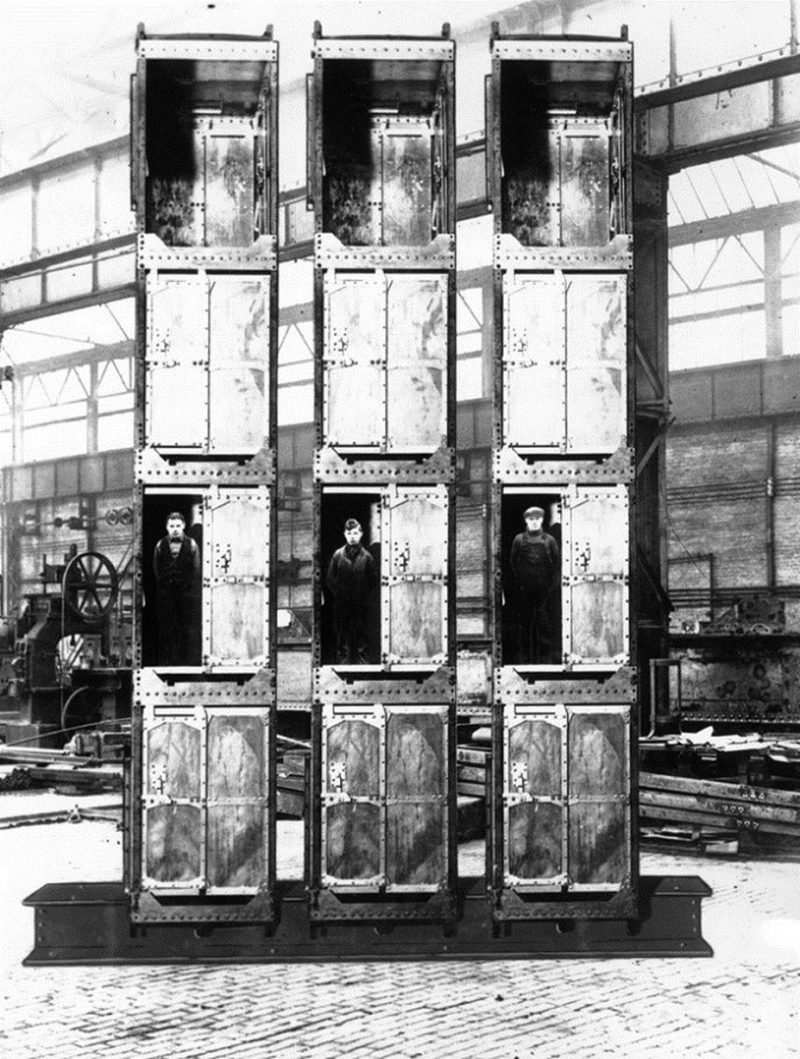 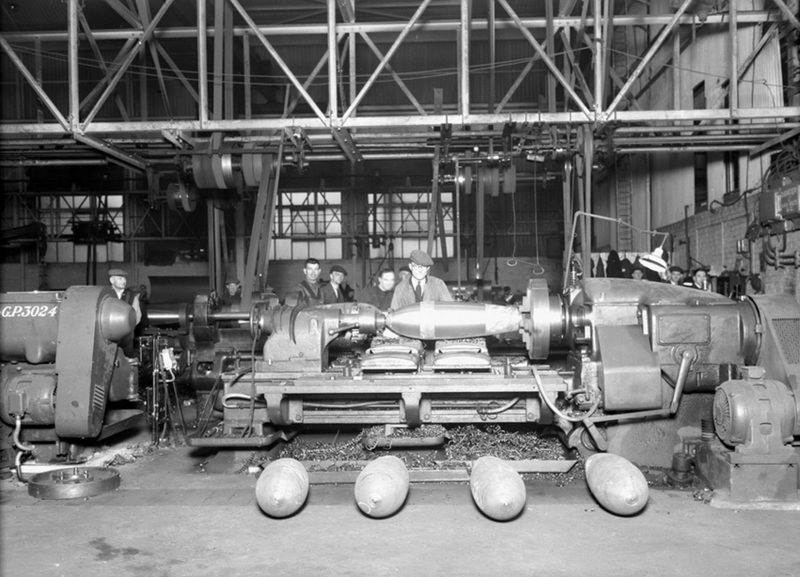 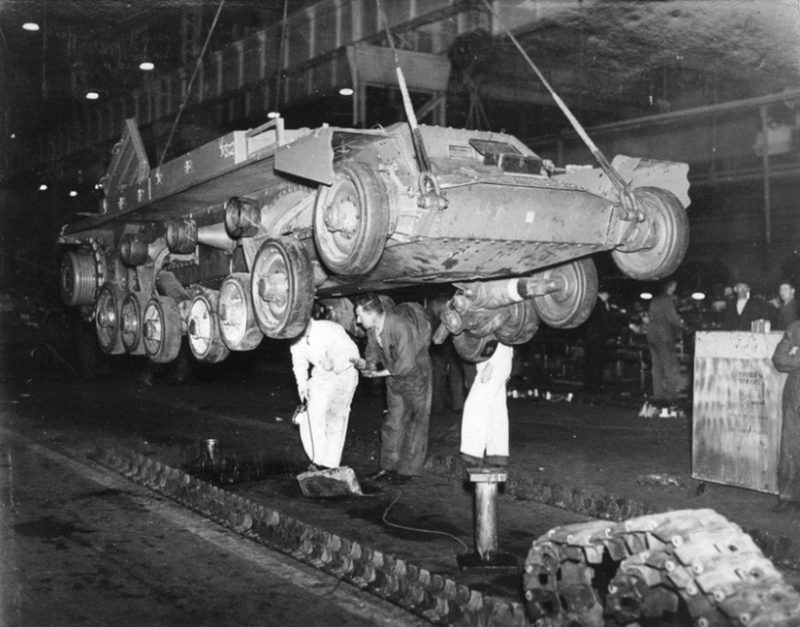 Lowering a Valentine tank on to its track 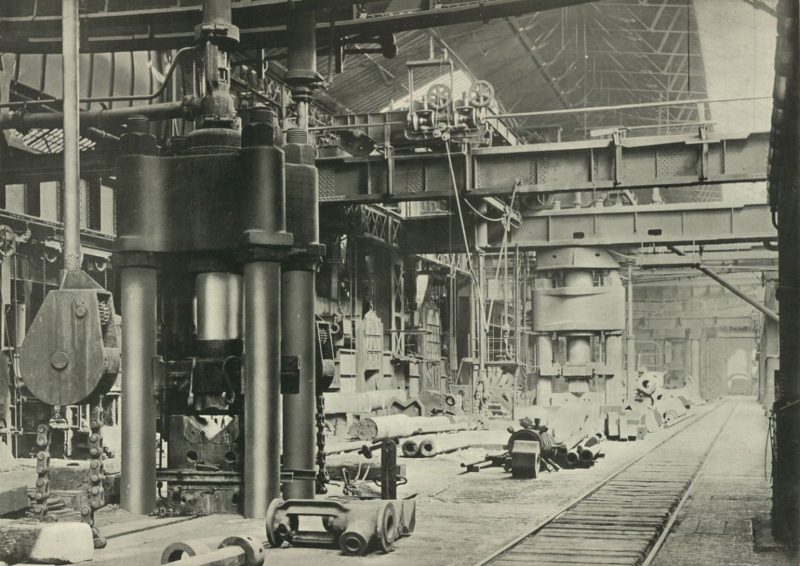 Inside the Elswick Steel Works 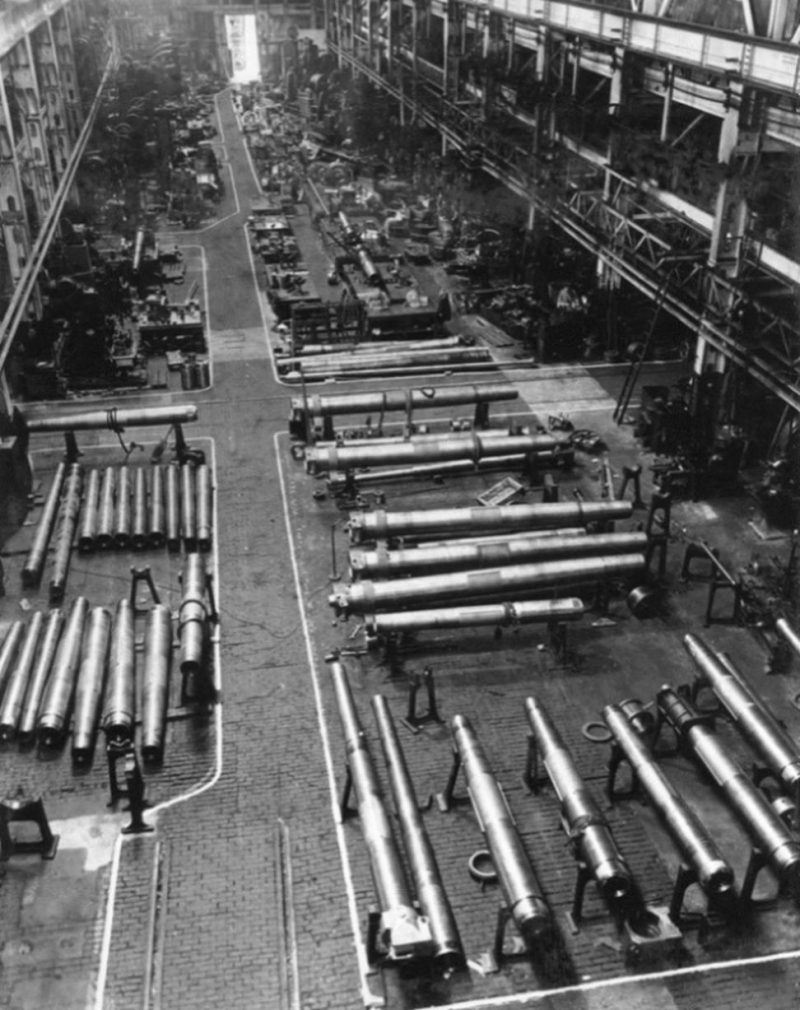