A center of revolutionary activity, the “Sons of Liberty” harassed British authority in the city, and the Stamp Act Congress of representatives from throughout the Thirteen Colonies met in the city in 1765 to organize resistance to British policies. The city’s strategic location and status as a major seaport made it the prime target for British seizure in 1776. General George Washington lost a series of battles from which he narrowly escaped (with the notable exception of the Battle of Harlem Heights, his first victory of the war), and the British Army controlled New York City and made it their base on the continent until late 1783, attracting Loyalist refugees. The city served as the national capital under the Articles of Confederation from 1785-1789, and briefly served as the new nation’s capital in 1789–90 under the United States Constitution that replaced it. Under the new government the city hosted the inauguration of George Washington as the first President of the United States, the drafting of the United States Bill of Rights, and the first Supreme Court of the United States.

Throughout its history, New York City has served as a main port of entry for many immigrants, and its cultural and economic influence has made it one of the most important urban areas in the United States and the world. 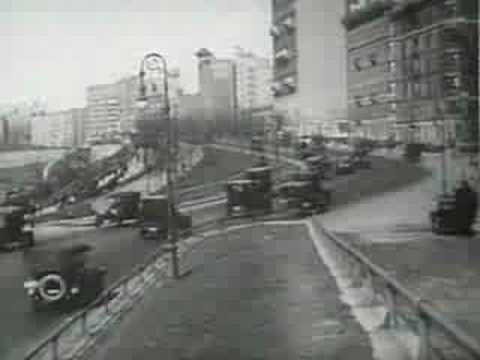 The years 1898–1945 saw New York City consolidate and come to dominate American life. New York City became the capital of national communications, trade, and finance, and of popular culture and high culture. More than a fourth of the 300 largest corporations in 1920 were headquartered there.

The era began with the formation of the consolidated city of the five boroughs in 1898, with a total population of 3.4 million. New transportation links, especially the New York City Subway, opened in 1904, bound together the new Metropolis. Increased immigration of unskilled Catholic and Jewish workers from Southern and Eastern Europe expanded the labor force until the World War ended immigration in 1914. Labor shortages during the war attracted African Americans from the Southeast, who headed north as part of the Great Migration. They sponsored the Harlem Renaissance of literature and culture celebrating the black experience.

The years 1895–1914 saw the peak of European immigration; the new arrivals were mostly Catholics or Jews, especially Italians and Poles as well as Yiddish-speaking Jews from Eastern Europe.  There were smaller but steady streams of “Old immigration” sources in Ireland, Britain andGermany. The residents of Little Germany, in what is now the East Village dispersed to more affluent neighborhoods and were replaced by growing numbers of poorer immigrants on the Lower East Side.

In 1850 about a third of the 50,000 American Jews lived in New York; they spoke German (not Yiddish), were active in Reform congregations, and took major leadership roles in the city’s banking financial, merchandising and clothing industries. An entirely different group of 1.4 million poor Yiddish-speaking Jews from Russia and Eastern Europe fled pogroms and antisemitism between 1880 and 1914. Over one million lived in New York, where by 1910 they comprised a fourth of the city’s population. Many became entrepreneurs setting up small shops; the majority operated sewing machines and worked in the city’s many small clothing factories

The Roaring Twenties were years of glamour and wealth, highlighted by a construction boom, with skyscrapers dueling higher and higher in the famous skyline. New York’s financial sector came to dominate the national and the world economies. The city’s economy was generally prosperous after 1896, with a few short dips, until the decade-long Great Depression, which began with aWall Street stock market crash in late 1929. The economy recovered by 1940 and flourished during the World War II years. The main bases of the economy were construction, ocean shipping, garments, machine tools, and printing. Labor unions rose and fell and rose again. New York boasted the nation’s strongest financial system, a large upscale market for luxury goods, and a flourishing high culture based on many philanthropists, museums, galleries, universities, artists, writers, publishers, magazines and journalists.

« Scientists are One Step Closer to the Real El Dorado with 155-Mile Amazonian Mounds
Vintage Fashion Police: What was right and what was wrong in 1940s Fashion! »