Early civilizations marked their territory and journeys by leaving behind carvings, campsites, or, most commonly, cave drawings.

Nearly 14,000 years ago along a Spanish river, someone had carved seven semi-circle shapes on a rock.  Archaeologists and historians believe that the artist’s work is more significant than they intended it to be – they think that those drawings could be humanity’s first architectural drawings.

Archaeologists and researchers found the drawings near a prehistoric site in Barcelona.  Those drawing are believed to have depicted a campsite that was built by the early hunter-gatherers while they traveled the Iberian Peninsula to hunt.

Researchers believe that although the drawings are brilliant, what’s important is that the artist was most likely one of the first to ever come up with something like them.  Archaeologists call this artist a Paleolithic rule-breaker who shook up the artistic orthodoxy.  The researchers also called the artist a Picasso-like figure since Picasso also had the same effect on society. 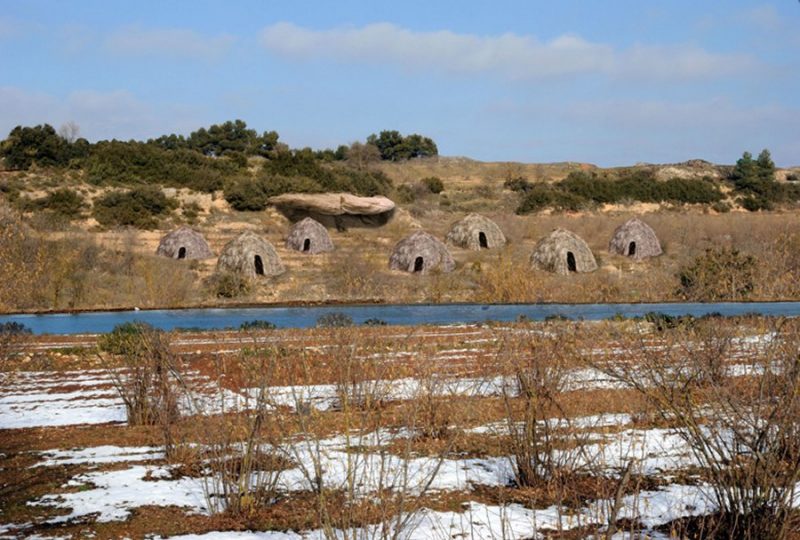 In a recent research paper on the topic, it said that the creator of those drawings most likely broke the rules of prehistoric art.  That is because many ancient people only drew humans or animals, whereas this person drew landscapes and buildings.

The archaeologists who found the cave drawings, Marcos Garcia Diez and Manuel Vaquero, said that the ancient artist drew seven grass or animal hide huts.  Each structure that was drawn had hatched lines which could have been the earliest depiction of human homes.

The drawings are the first-ever representations of the fact that they were able to process the ideas that huts would make the perfect permanent shelters. The men described it as the first Paleolithic village.

The rock was discovered in 2013 and was proved significant, however the scientists didn’t know just how significant the drawings were until they carefully cleaned off the dirt that covered the shapes.  After examining the drawings, scientists determined that the carvings were made by a stone or flint tool.

The discovery gets better and better; the huts were drawn and arranged on three different levels.  It’s believed that  whoever drew it was trying to depict visual depth within the drawing. 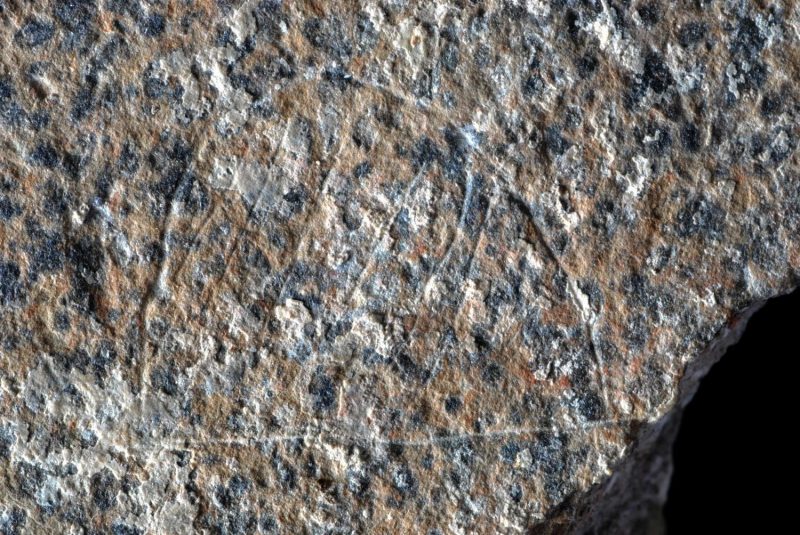 A close-up of a motif. Credit García-Diez et al.

Garcia Diez and Vaquero said that these drawings are like a photograph of the Paleolithic people’s time.  It represents a major break in art, making it quite significant. They also said that it could have been drawn to show the landscape, and that the main focus of the artist was landscape versus the spiritual world or animals and humans.

They stressed that having finding these drawings could mean that the hunter-gatherers set up a campsite in the area; the first domestic and social space of humans.  Instead of being on the move constantly, the hunter-gatherers finally stayed in one area for an extended period of time. 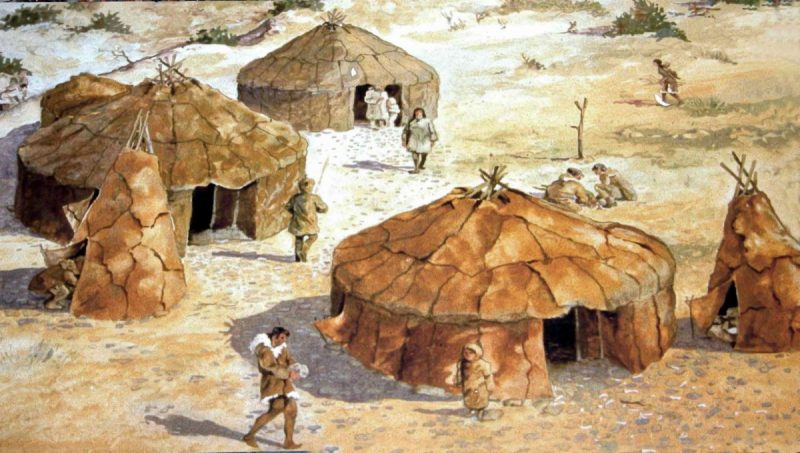 Luckily, the doctors’ finds were backed by archaeological and ethnographic evidence that shows the early human groups had, in fact, built simple dome-shaped huts when they moved around the hunting grounds.

One photo taken by the archaeologists doesn’t look like much, but if a person peers closer at the photo, they can see the simple dome-like carving.  Because of these carvings there has been a campsite reconstructed in the exact area near the Spanish river where they were found.  The huts are open to the public and people are able to go in and out of them.  It looks like the huts have been there for centuries.  One can imagine what it would have looked like over 3,000 years ago.

« WWI: Flora Sandes – The only British woman to officially serve as a soldier
Scientists are One Step Closer to the Real El Dorado with 155-Mile Amazonian Mounds »