Phanagoria was the largest ancient Greek city, now about a third of the city is underwater

Phanagoria  was the largest ancient Greek city on the Taman peninsula, spread over two plateaus along the eastern shore of the Cimmerian Bosporus.

The city was a large emporium for all the traffic between the coast of the Maeotian marshes and the countries on the southern side of the Caucasus. It was the eastern capital of theBosporan Kingdom, with Panticapaeum being the western capital. Strabo described it as a noteworthy city which was renowned for its trade.Shortly a Catholic Metropolitan Archdiocese while a medieval Genosese colony under the name Matrega, it remains a Latin Catholic titular see. 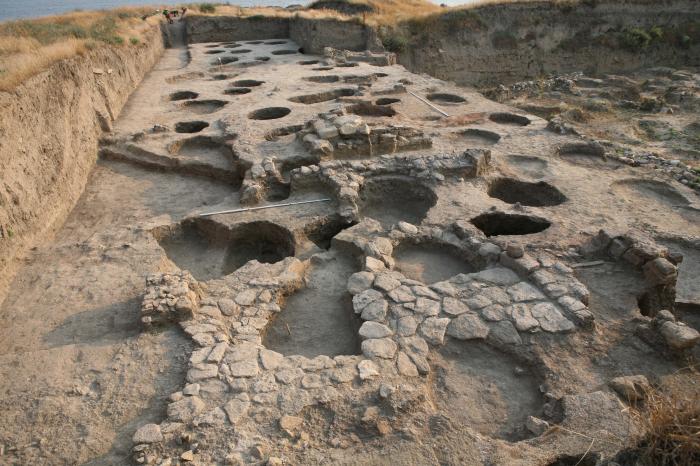 Today the site is located at a short distance to the west of Sennoy in Krasnodar Krai, Russia. Another ancient Greek city, Hermonassa, lies 25 kilometres (16 mi) to the west, on the shoreline of modern Taman.

Phanagoria was founded ca. 543 BC by the Teian colonists who had to flee Asia Minor in consequence of their conflict with Cyrus the Great. The city took its name after one of these colonists, Phanagoras. “The unusual nature of the Taman peninsula near Phanagoria, with its ravines, crevices, hills, and low cones of active volcanoes, must have impressed the ancient colonists even more than it impresses us today”, Ustinova has observed. 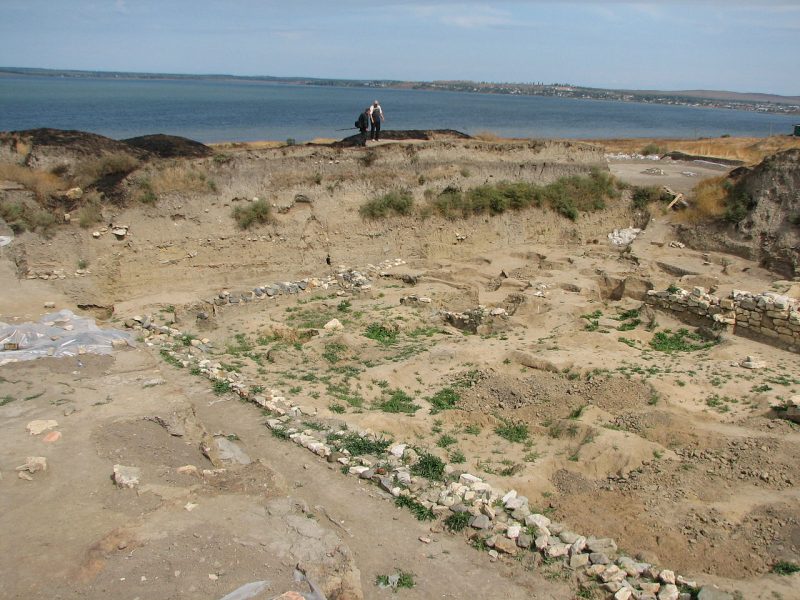 The remains of the wall of a small structure are seen in the foreground, the Sea of Azov is visible in the background.

In the 5th century BC, the town thrived on the trade with the Scythians and Sindi. Located on an island in the ancient archipelago of Corocondamitis, between the Black Sea and the Palus Maeotis, Phanagoria covered an area of 75 hectares (190 acres) of which one third has been submerged by the sea. In the early 4th century BC the burgeoning Bosporan Kingdomsubjugated much of Sindica, including the independent polis of Phanagoria. The town’s importance increased with the decline of the old capital, Panticapaeum, situated on the opposite shore of the Bosporus. By the first centuries AD, Phanagoria had emerged as the main centre of the kingdom. 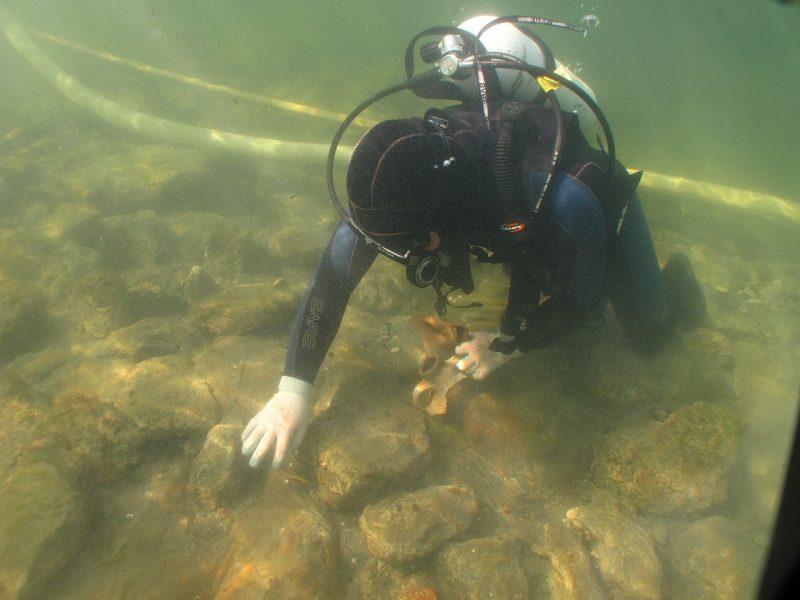 During the Mithridatic Wars, the town allied with the Roman Republic and withstood a siege by the army of Pharnaces II of Pontus. It was at Phanagoria that the insurrection broke out againstMithridates VI of Pontus, shortly before his death; and his sons, who held the citadel, were obliged to surrender to the insurgents. An inscription found during excavations testifies that QueenDynamis honored Augustus as “the emperor, Caesar, son of god, the god Augustus, the overseer of every land and sea”. The loyalty to Rome allowed Phanagoria to maintain a dominant position in the region until the 4th century, when it was sacked and destroyed by the invading Huns. 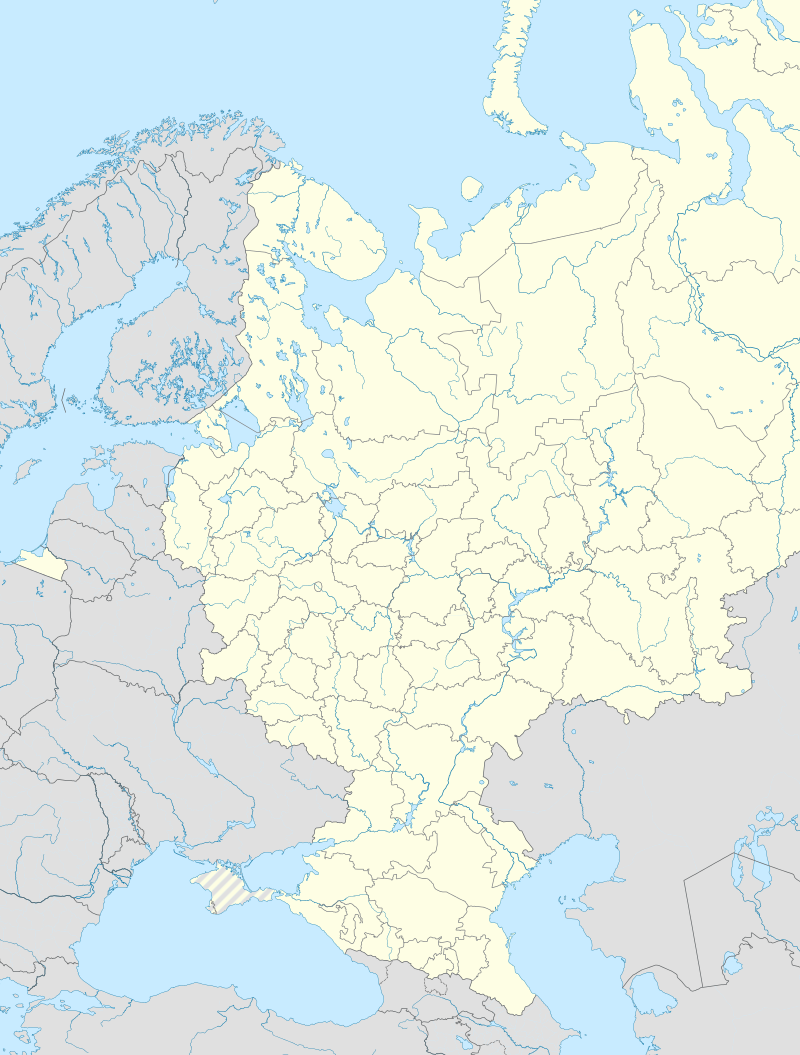 The location of Phanagoria was determined in the 18th century, when marble statue bases with dedications to Aphrodite were discovered there. Hecataeus and Strabo mention a local sanctuary of Aphrodite as the largest in the Pontic region. Archaeological exploration of the site started in 1822, when “soldiers dug into a large barrow, making rich discoveries of gold and silver objects, many unique, which they divided up between themselves”.

Apart from the ancient city itself, archaeologists have been interested in a vast necropolis, which spreads on three sides around Phanagoria. There are thousands of burials, many with cypress or marble sarcophagi — an indication of the well-being of the ancient Phanagorians. Excavations conducted in the 19th century were for the most part amateurish; as many as twelve kurgans would be razed each season. Some of the most intriguing finds were unearthed in the 1860s at the Bolshaya Bliznitsa tumulus, classed by Michael Rostovtzeff as a feminine necropolis with three vaults.

By the 7th century, the town had recovered from a century of barbarian invasions. It served as the capital of Great Bulgaria between 632 and 665 under Kubrat and Batbayan.

After Asparukh led the Bulgars westward to the Danube, Phanagoria became (at least nominally) a Byzantine dependency. A Khazar tudun was nonetheless present in the town and de facto control probably rested in Khazar hands until the defeat of Georgius Tzul in 1016. In 704, the deposed Byzantine emperor Justinian II settled in Phanagoria (then governed by the Khazar tudun Balgatzin) with his wife Theodora, a sister of the Khazar Khagan Busir Glavan, before returning to Constantinople by way of Bulgaria.

In the 10th century, the town seems to have faced an invasion, supposedly by the Rus. After that, Phanagoria could not compete in significance with neighboring Tmutarakan.

In the late Middle Ages the town of Matrega was built on its ruins; the site was part of a network of Genoese possessions along the northernBlack Sea coast. During the 15th century, it was the center of de Ghisolfi dominions. Henceforth there has been no permanent settlement on the site.

One of the royal kurgans near Phanagoria “has a stone stairway leading down to a rectangular passageway, the entrance to the burial chamber (3.70 × 3.75 × 4.70 m). These two areas are covered by an arch showing remains of painted decoration. The wall frescos imitate encrusted marble. On either side of the entrance to the tomb long stone boxes contain four horse burials along with rich grave gifts; saddlery and harnesses of gold and gilded bronze.” Vladimir Blavatsky resumed excavations of Phanagoria in 1936. Among the recent finds is an inscription indicating that a synagogue existed in Phanagoria as early as 51 AD. Underwater investigation of the site has revealed multiple fragments of architectural structures.