Reddit user could have discovered a shipwreck using Google Earth

It appears one random Google Earth user has found a shipwreck. The Reddit member had stumbled upon what could be a United States shipwreck right off the coast of Boston, Massachusetts. Although the original photo doesn’t look like much, the shape and size of the object could only be that of a ship. The Google Earth image just appears to be a little white rectangle with dark lines around it.

The Reddit member who found it uploaded the Google photo to social media and had written that he or she found the shipwreck near the runway of Logan International Airport. Other social media users also gave their opinions concerning the photo; some have said the large object looks to be around 100 feet long and 30 feet wide. Many of those users did agree that it looked like a shipwreck, but it is impossible to tell what kind of vessel it is just by using the Google photo. Other users believe that it is just a large pier in the photo. 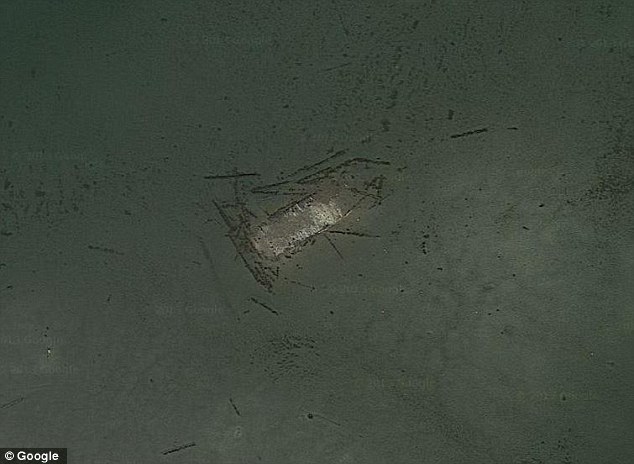 The apparent wreckage is located just off of what used to be Boston’s Governors Island, which was the former site of Fort Winthrop. Fort Winthrop used to be a defensive fortification named after Governor John Winthrop. The island had gone to Governor Winthrop’s family in 1632 and was actually owned by the family until 1808. After that, it was acquired for construction and is now considered the property and extension of Logan International. 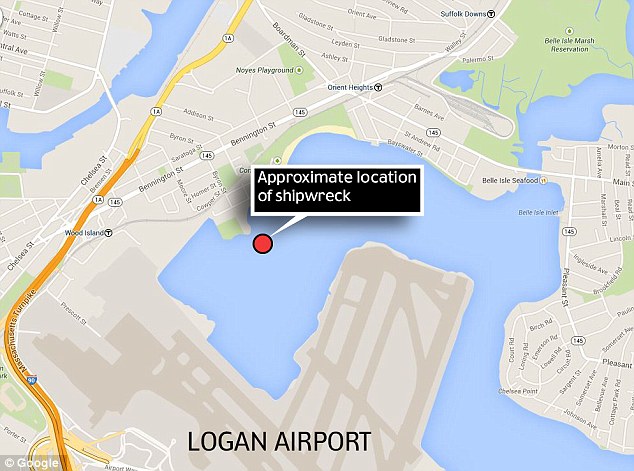 If the photo truly is of a shipwreck, the vessel would have sunk in the early 1900s. After the Reddit member looked up some history, he or she said that a number of ships went down in that area over the years. Another Reddit member had posted a copy of the Report of the Chief of Engineers U.S. Army on the same site for viewers. The report suggested that there was a schooner named Mary that had crashed around that area of the island in 1888. 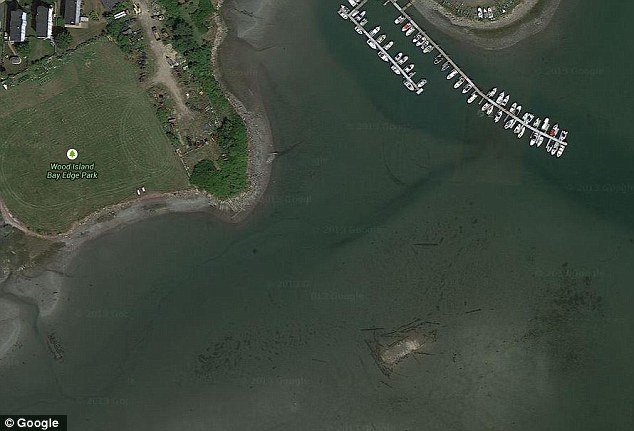 The same member also mentioned that the government had paid for the ship to be hauled to Fort Winthrop so it wouldn’t interfere with the harbor traffic. Fort Winthrop was abandoned a few years after the ship was moved. Possibly no one really cared to move the ship again, which could mean that the ship slowly rotted away on the island and eventually sank. No one really knows if this ship has already been identified by other companies or if the authorities even know if there is a possible ship just off the island.

Here is a brief history on Fort Winthrop:

Fort Winthrop was known as a Second System Coastal Fort; it was first established as Fort Warren on Governor’s Island in Suffolk County, Massachusetts in 1808. In 1833 the island was then renamed Fort Winthrop after the first governor of Massachusetts. It was abandoned in 1905.

On May 23, 1808, construction on the island was begun by Lieutenant Sylvanus Thayer, who later was known as the “Father of West Point.” Thayer had constructed a demilune battery on the south end of the island and a star-shaped fortress on the summit. It was completed with a guardhouse and powder magazine. The fort was then renamed Fort Winthrop because there was a larger Fort Warren being built out in the harbor.

The fort had undergone a modernization program that began right before the United States Civil War, and it lasted until 1872. The building of both this fort and Fort Warren was supervised by Thayer.

The fort was regarrisoned for a short period of time during the Spanish-American War of 1898, but was soon taken over by a single ordinance sergeant. On September 7, 1902, almost 18,000 pounds of powder that was stored there blew up. The cause of the explosion was never investigated, but many thought it was five boys that set the island on fire. One of the men on the island was killed and five others were injured. The fort was abandoned due to the amount of damage the explosion caused.