Human leather shoes – Big Nose George Parrott is the only man in American history to become a pair of shoes after his death!

Outlaws and the Old West go hand in hand.  One such outlaw could be found in the Wyoming territory and he went by the name Big Nose George Parrett. Big Nose George was an outlaw, a member of a gang of thieves who robbed wagons and stole horses in the Powder River country of Wyoming. 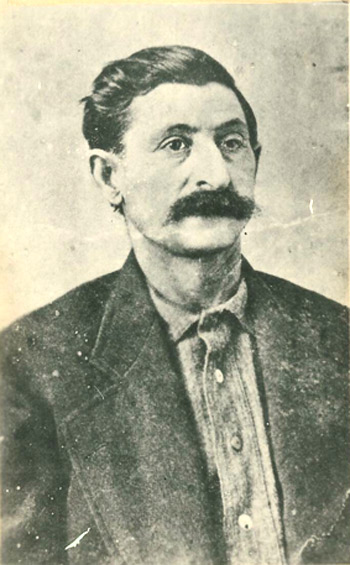 In February 1879, “Big Nose” George and his companions were in Milestown (now Miles City, Montana). It was known around Milestown that a prosperous local merchant, Morris Cahn, would be taking money back east to buy stocks of merchandise. George, Charlie Burris and two others carried out a daring daylight robbery, despite Morris Cahn traveling with a military convoy containing 15 soldiers, two officers, an ambulance, and a wagon from Fort Keogh, which was tasked to collect the army payroll. At a site approximately 10 miles beyond the Powder River Crossing, near present-day Terry, Montana, there is a steep coulee (known ever since as “Cahn’s Coulee”). Approaching the coulee over a five-mile plateau, the soldiers, ambulance and the wagon became “strung out”, creating large gaps between party members. The gang donned masks and stationed themselves at the bottom of the coulee, at a turn in the trail. The gang first surprised and then captured the lead element of soldiers, as well as the ambulance with Cahn and the officers. They waited and likewise captured the rear element of soldiers with the wagon. Cahn was robbed of an amount between $3,600 and $14,000, depending on who was doing the reporting.

Big Nose George was finally apprehended in Miles City, Montana in July 1880 after drunkenly boasting of the attempted train robbery. George and Charlie Burris were arrested by two local deputies, Lem Wilson and Fred Schmalsle, after identifying themselves as men with a price on their head. Parrott was returned to Wyoming to face charges of murder.

Parrott was sentenced to hang on April 2, 1881, following a trial, but he attempted to escape while being held at a Rawlins, Wyoming jail. When news of the attempted escape reached the people of Rawlins, a 200-strong lynch mob snatched George from the prison at gunpoint and strung him up from a telegraph pole. After two botched attempts, the lynch mob successfully killed him at the end of the rope.

Doctors Thomas Maghee and John Eugene Osborne took possession of Parrott’s body after his death, in order to study the outlaw’s brain for signs of criminality. 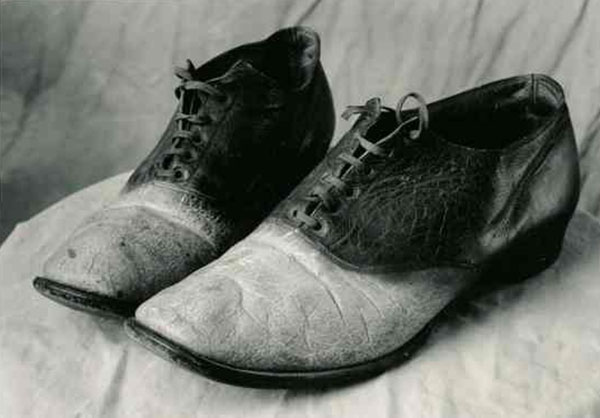 His body was given to a doctor who wanted to study his criminal brain, but who also decided to make an ashtray from his skull and a pair of shoes from his skin. source

Skin from George’s thighs, chest and face were removed. The skin, including the dead man’s nipples, was sent to a tannery in Denver, where it was made into a pair of shoes and a medical bag. The shoes were kept by John Eugene Osborne, who wore them at his inaugural ball after being elected as the first Democratic Governor of the State of Wyoming. 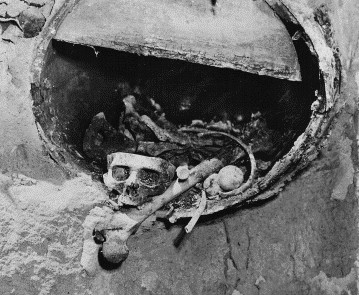 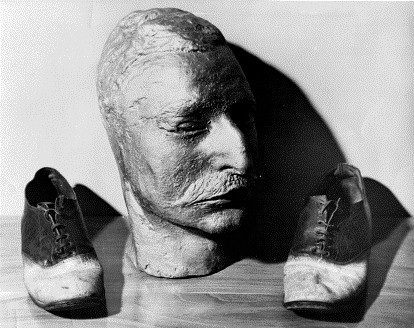 « The Pissoirs of bygone Paris- Old photos document the authentic Parisian public urinals
Oscars in the past: Interesting trivia you didn’t know about the Academy Awards of yore »