We don’t know how they do it, but in Paris, everything seems to look like a lavish architectural marvel and bursts with beauty and charm, and when we say everything, we mean everything, even the public urinals.

Charles Marville, a famous French photographer, was commissioned as a city photographer. Starting in 1860s  Marville documented the streets of Paris with a specific focus on the public urinals that visibly gave a specific architectural charm.In 1858, Marville was commissioned by the city of Paris to photograph the newly refurbished Bois de Boulogne, a royal park on the edge of Paris that had been transformed under the emperor Napoleon III into a site of bourgeois leisure and pleasure. Arguably his first important body of work that was conceived of and executed as a systematic series, the Bois de Boulogne series would influence his best-known work, the Old Paris photographs.

The street urinal originally named “Pissoir”   was a French invention and first introduced in Paris.In the spring of 1830 the city government of Paris decided to install the first public urinals on the major boulevards. These structures served both as urinals and supports for posters and advertising. They were put in place by the summer, but in July they were put to a completely different purpose; providing materials for street barricades during the French Revolution of 1830. 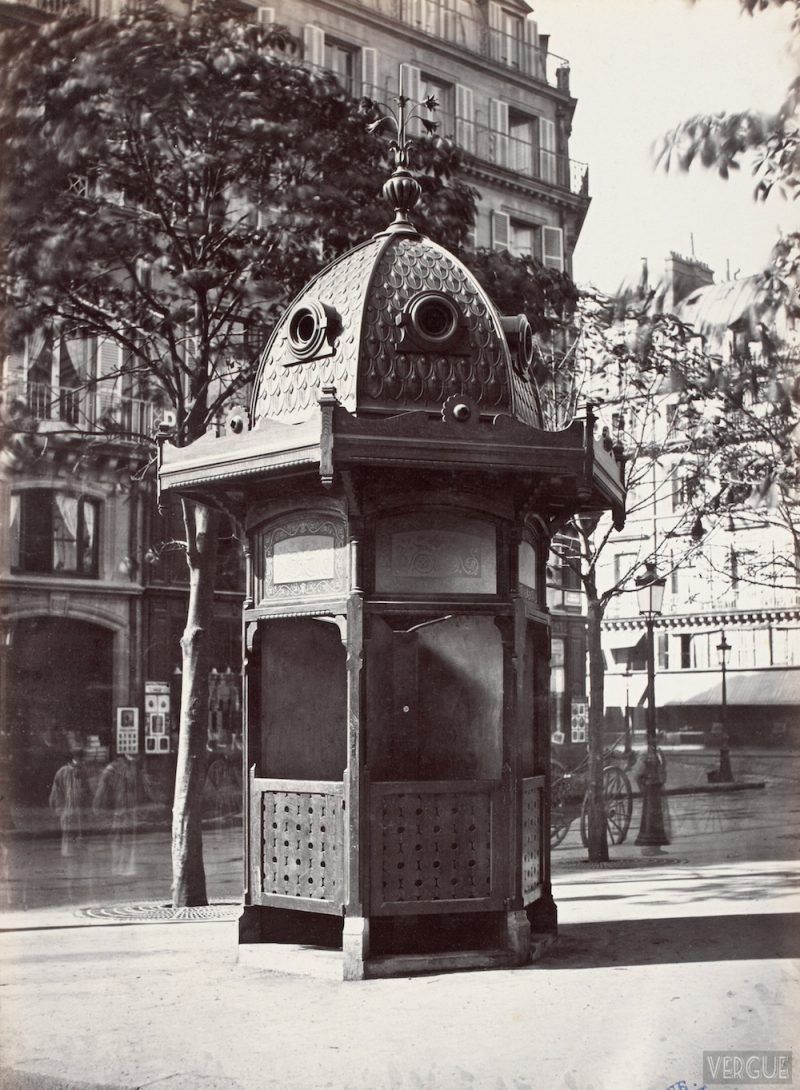 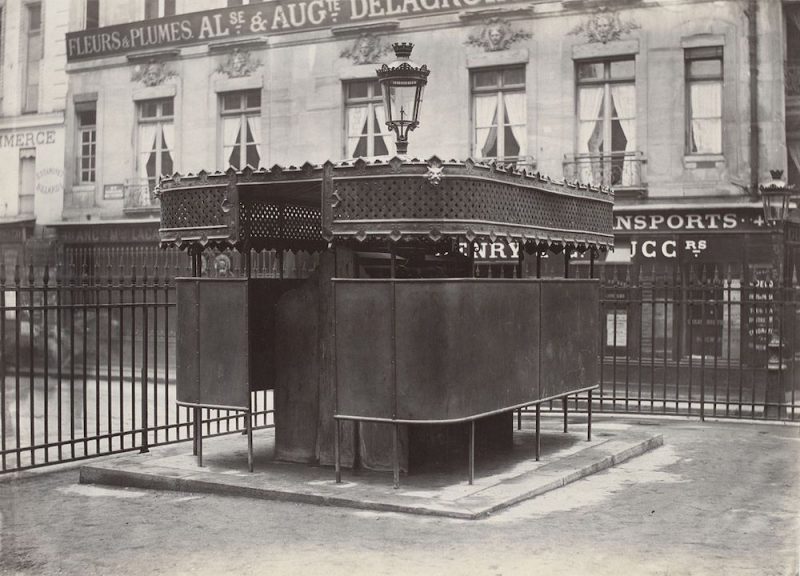 They were re-introduced in different form in Paris in 1841 by Claude-Philibert Barthelot, comte de Rambuteau, the Préfet of the former Départment of the Seine. Initially having a simple cylindrical shape, they were also called colonnes Rambuteau. In 1877 they were replaced by multi-compartmented structures called vespasiennes, in reference to the 1st-century Roman emperor Titus Flavius Vespasianus, who placed a tax on urine collected from public toilets for use in tanning. At the peak of their spread in the 1930s there were 1,230 pissoirs in Paris, but by 1966 their number had decreased to 329. By 2006 only one remained, on Boulevard Arago. 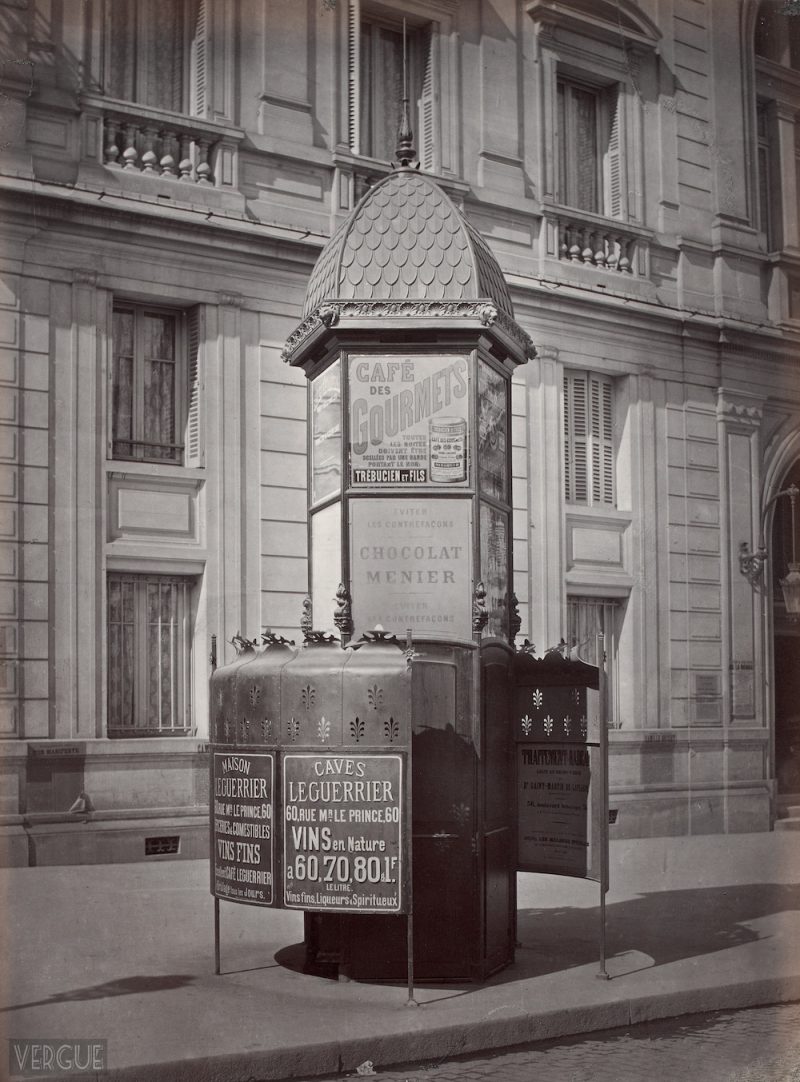 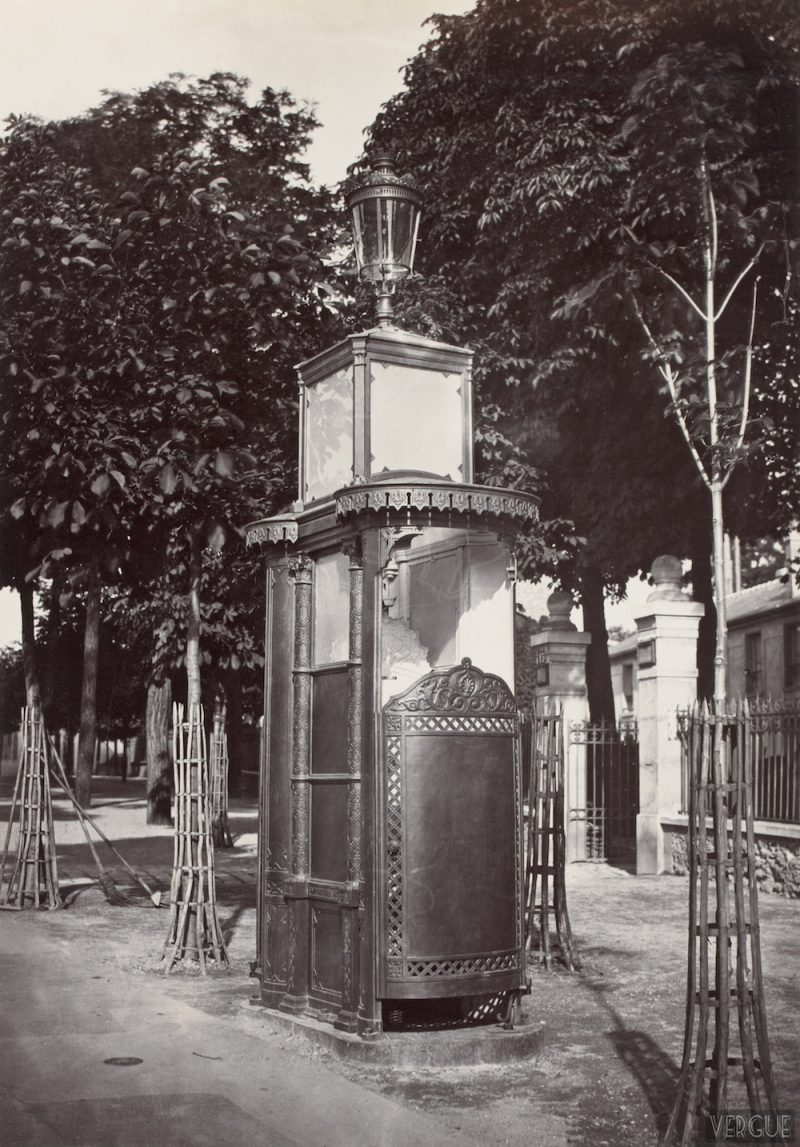 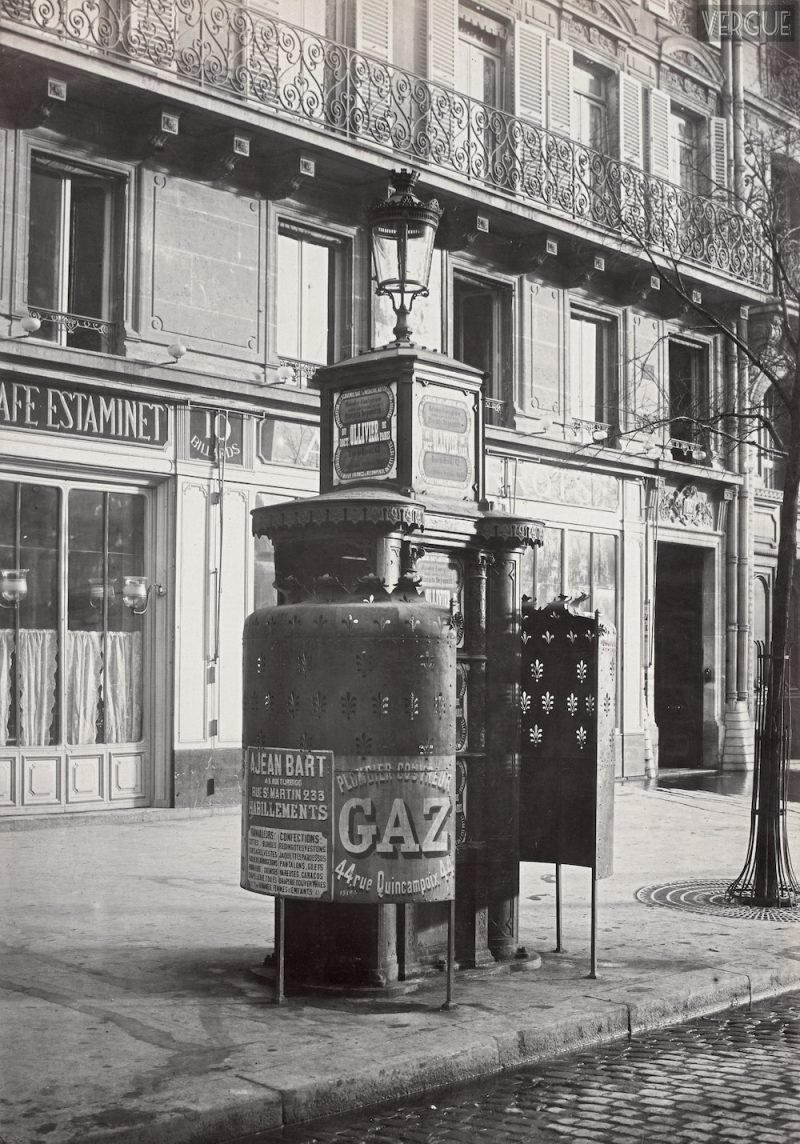 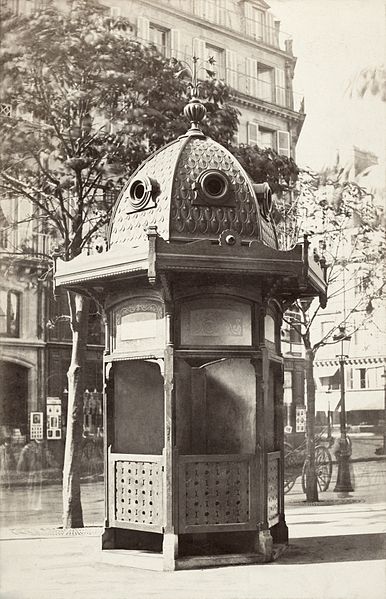 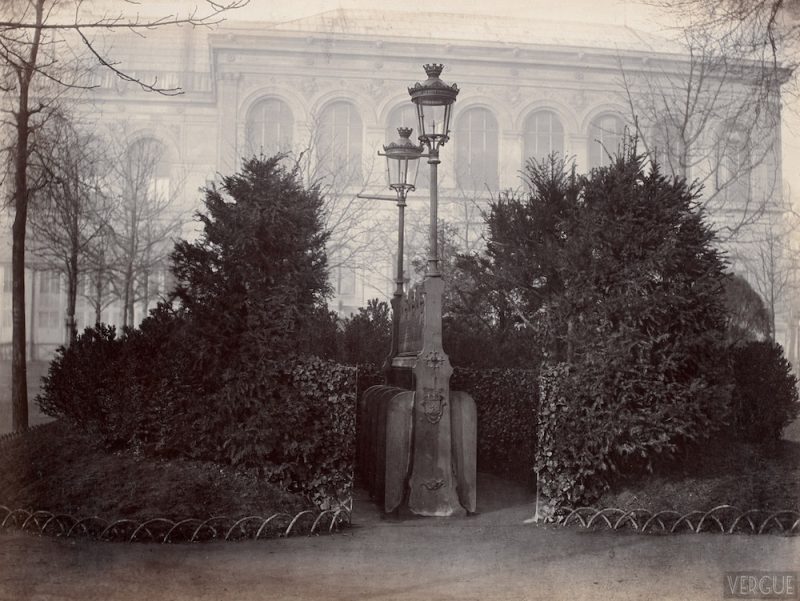 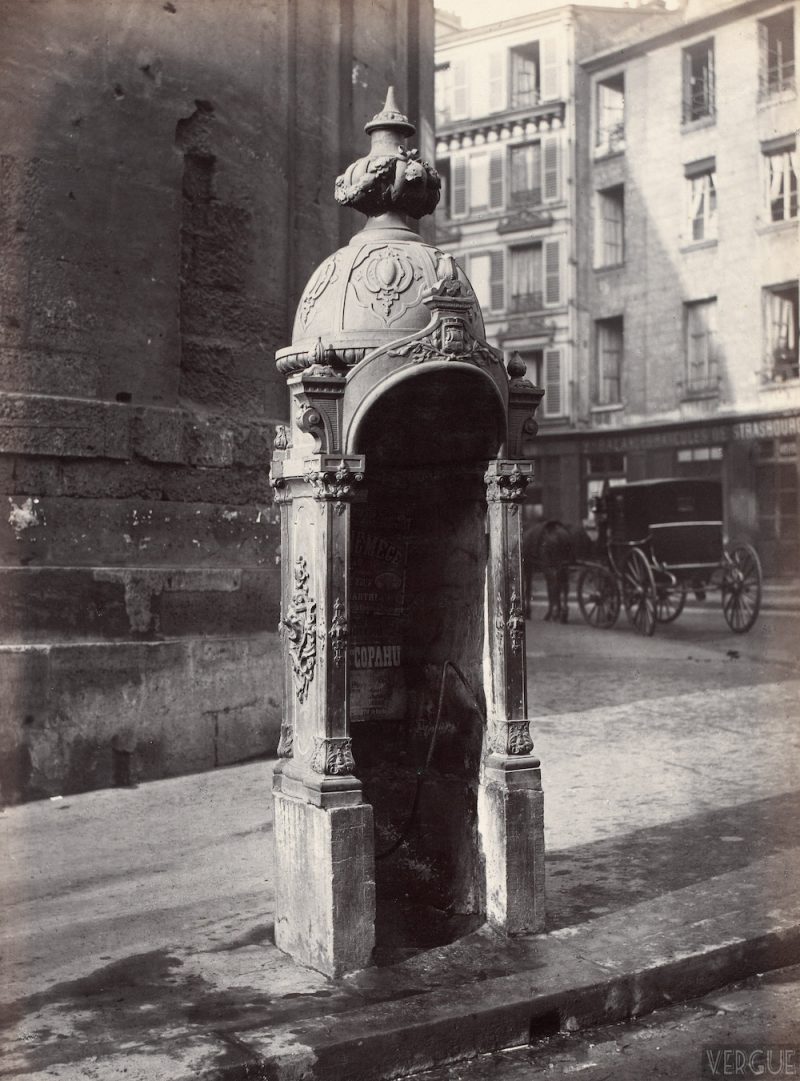 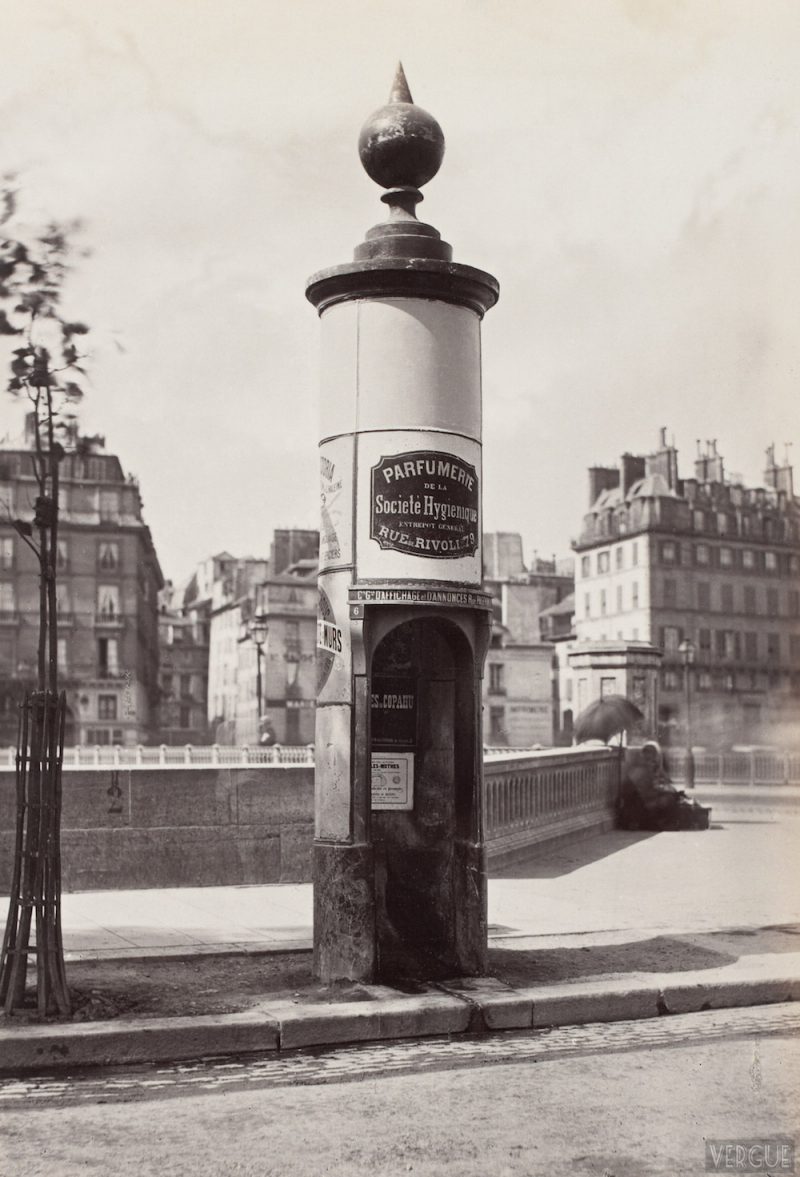 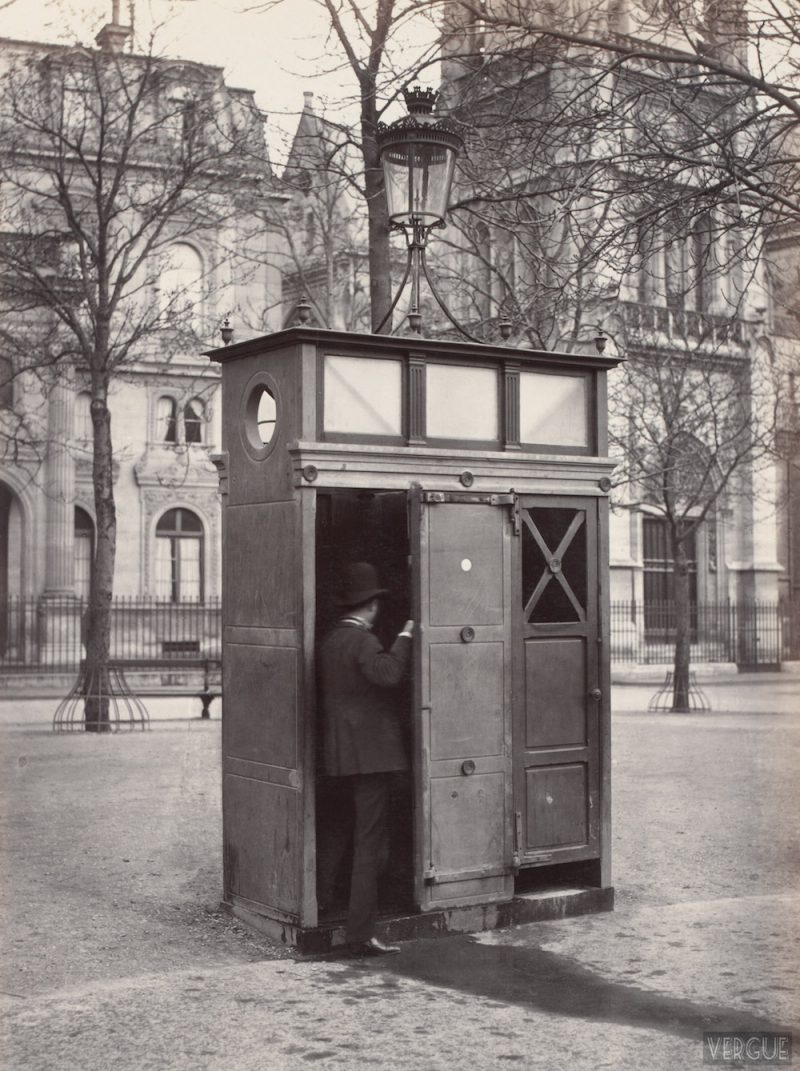 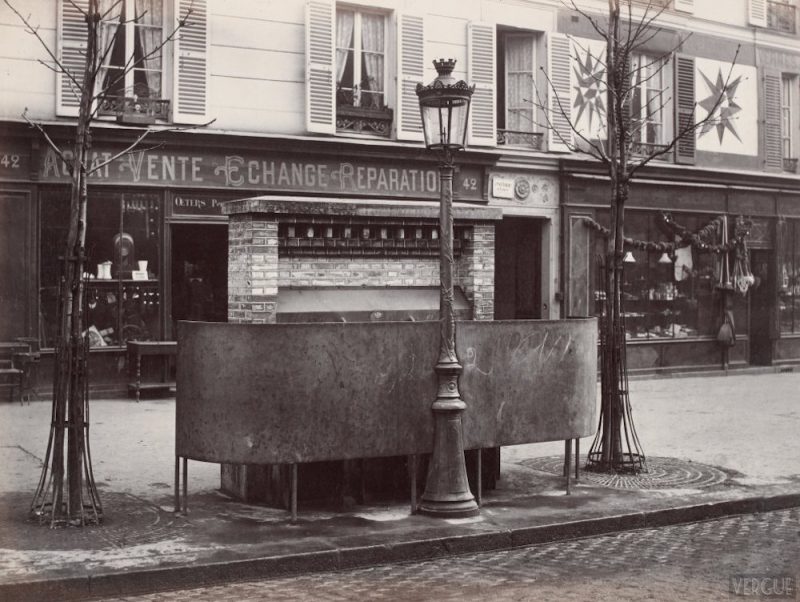 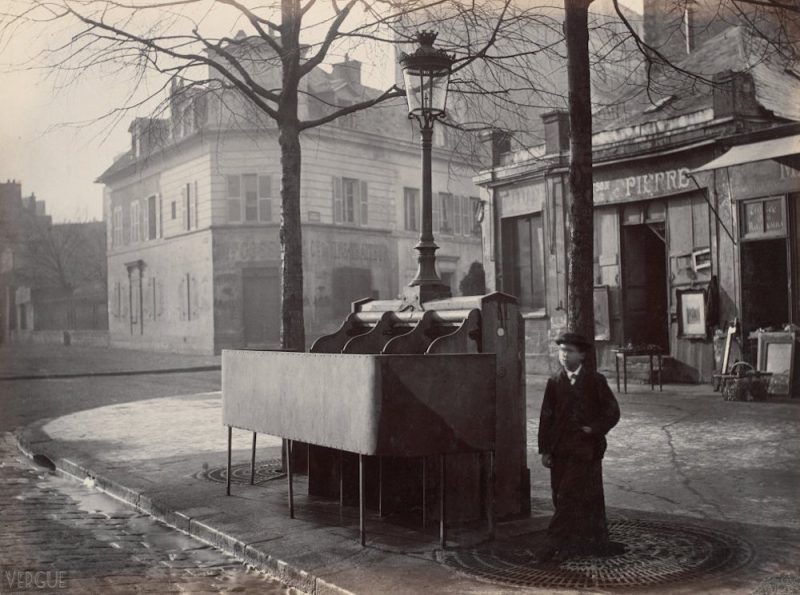 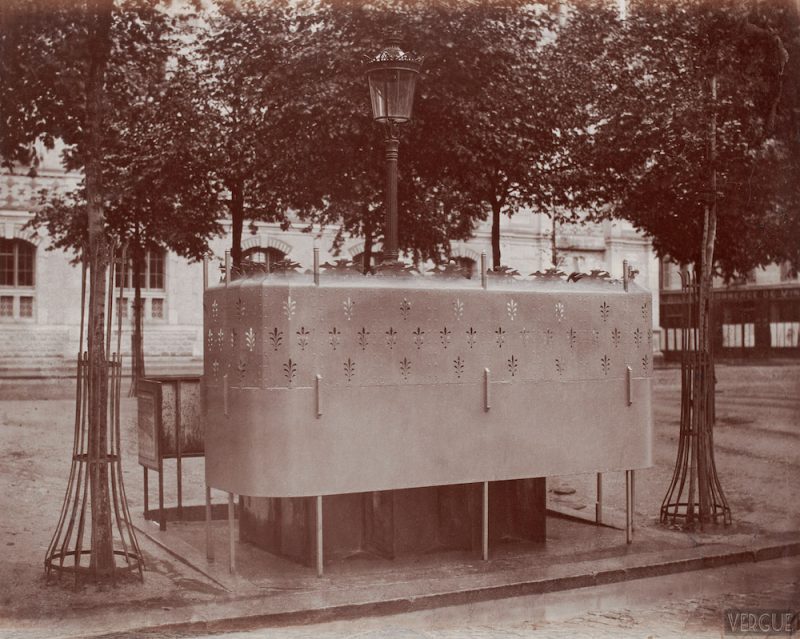 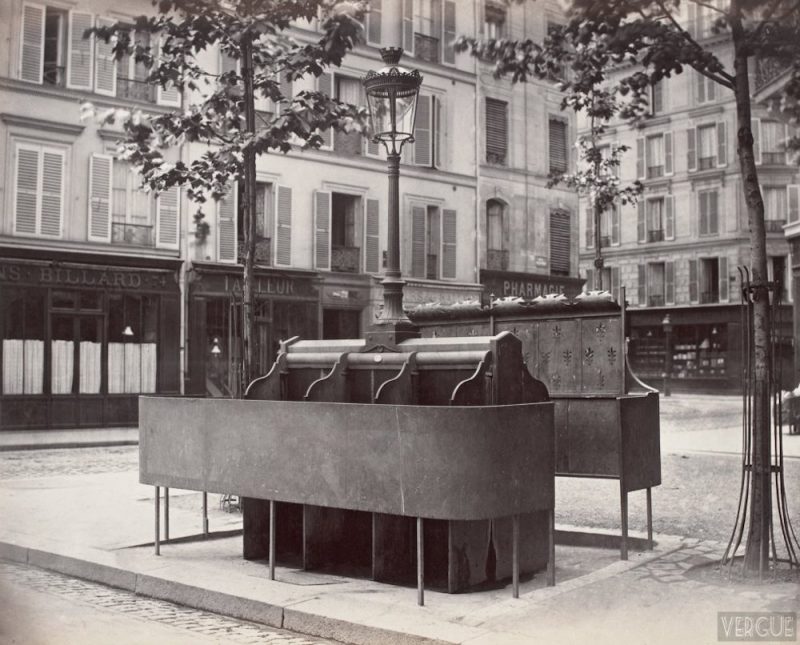 From 1981 they had been replaced systematically with new technology. In Berlin the first pissoirs were erected in 1863. In order to distinguish them from those of other cities, several architectural design competitions were organised in 1847, 1865 and 1877. One of the most successful types was an octagonal structure with seven stalls, first built in 1879. Their number increased to 142 by 1920.The Netherlands has a number of strategically-placed street urinals in various cities, intended to reduce public urination by drunken men. Some urinals can be retracted into the ground during the day or between special events, in order to save space when they are not expected to be needed. When closed they look like a large manhole in a sidewalk. Such retractable models, such as the model by the Dutch company Urilift, are also seen in the UK and other countries. At night when bars are open they rise out of the sidewalk; some time after the bars close, the urinals return to their manhole configuration so that they are unseen by people during the day.

« Beautiful old pictures document Belgium back in 1934
Human leather shoes – Big Nose George Parrott is the only man in American history to become a pair of shoes after his death! »