Remains of one-year-old Egyptian suggest it had scurvy, new evidence for archaeologists

When one thinks of scurvy, you generally think of sailors.  That is because the disease was most common in sailors who spent months out at sea during the great age of exploration.  However, new research shows that scurvy has afflicted humans for thousands of years.

Experts believe the child lived in a small village at the edge of the first ancient Egyptian civilization.  The village is thought to have emerged between 5,800 and 5,600.  The discovery also indicates that the diet of the people living in the village at that time was poor despite living in an area that had rich agricultural resources.

During the time, the people who lived in the area enjoyed rich, fertile farmland.  The ancient Egyptians are thought to have been among the first people to practice agriculture on a large scale; the rise of agriculture led to the rise of civilization. 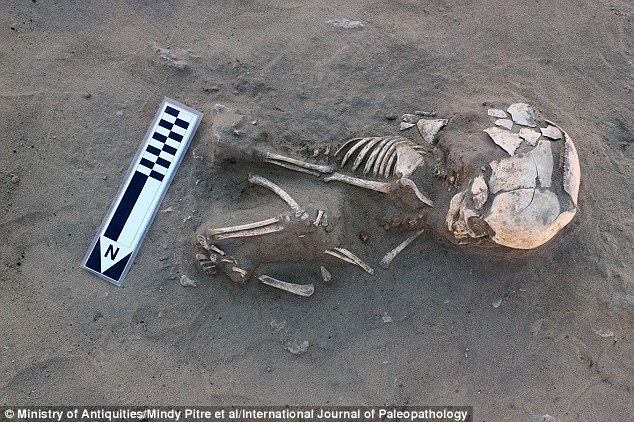 In a journal of Paleopathology, Dr. Maria Carmella Gatto, who is also an archaeologist at the University of Leicester, said that the child’s social status, may have also played a role in its death.  She added that since the child’s scorbutic state is unknown, various reasons such as diet and cultural behaviors most likely contributed to the condition.

She also said that since this is the first-ever case in such a young child, so it is hard to compare with other cases.  However, it does give researchers the evidence that ascorbic acid deficiency happened in the Old World.

The child’s remains were found on the site of an old village known as Nag el-Qarmila in Aswan, Egypt.  They are not sure what gender the child was.  However, it appeared that the child was buried with its knees drawn up toward its chest.

After doing an analysis, it’s indicated that the child’s bones were unusually porous, which is known to be a symptom in people with scurvy.  Researchers believe that the child would have been breastfeeding at that point.  However, it is possible that the mother was also malnourished and was unable to provide the vitamin C for her child.  The analysis also showed that the child suffered bleeding from the disease as well.

One of the researchers on the team stated that this could actually be the “first differentially diagnosed bioarchaeological example of scurvy in Europe”.

The child lived around 3,800 BC to 3,600 BC and where the body was found would have been the southern periphery of what would become the Egyptian state.  Even though the land is deserted now, it was quite rich with farmland at the time.

The teams of researchers and anthropologists come from all over the world and include people from St. Lawrence University in Canton, New York and McMaster University in Ontario, Canada.  The members on the team said that there have been other discoveries in the area that provide the evidence that these people did not have a very good diet.

The people living in those areas would have mostly lived on cereals grown in the fields, livestock, and gathered fruits and tubers.  But there is evidence that the people struggled to get enough vitamin C because much of the farmed produce went straight to the elite. 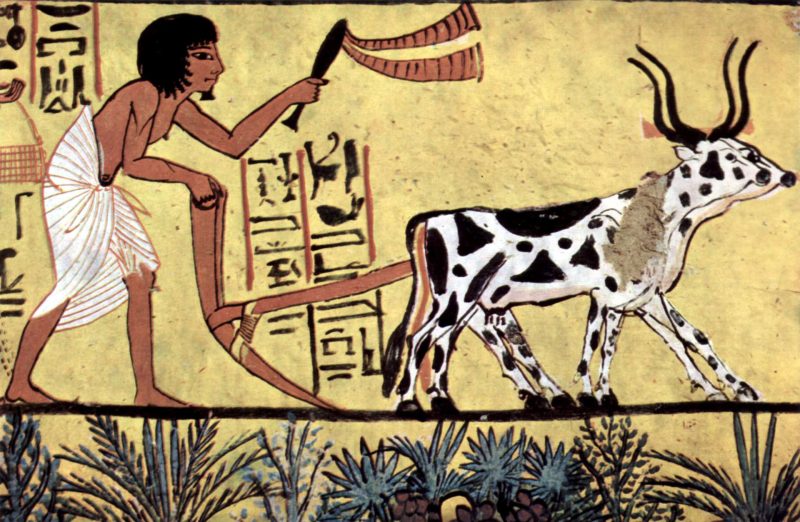 Archaeologists in the past have found evidence that a plant called Colocasia or Tarul was added to bread, wheat, and barley to try to increase the vitamin C intake.

The general manager of Aswan’s Archaeological Area at the Egyptian Ministry of Antiquities, Nasr Salama, said that this new find actually sheds some new light on how poorly understood that period is.

For those of you who do not know what scurvy is, it happens when we do not get enough vitamin C.  The vitamin C is needed in our diets in order to produce collagen, which is a structural protein found in tendons, ligaments, and skin.  Our bodies cannot synthesize vitamin C, which is why we need to eat vegetables, fruits, and meats with a lot of protein.

Without vitamin C, people will get scurvy.  It is thought to have first occurred in Greece after being documented by Hippocrates, however, there is some evidence that Egyptians were treating it as early as 1550 BC.

Some of the symptoms include bleeding of the gums, loosening teeth, and poor wound healing, which then leads to jaundice, fever, and eventually death.