It’s been nearly seven decades since it vanished; people worldwide are beginning to search for it again – the Amber Room. The Amber Room was stolen from Leningrad in 1941, by the Nazis.

Two German treasure hunters claim that some of the room panels, which were given by Kaiser Friedrich Wilhelm to Tsar Peter the Great 300 years ago, were hidden in a cellar of a Bohemian Castle. It is believed that those panels were hidden toward the end of the Second World War. What is interesting is that the Czech authorities have been covering up this priceless treasure for decades.

However, many Czech officials have rejected this claim, just like they have the many other theories that have been around for decades regarding the whereabouts of the most priceless stash of looted artwork by the Nazis.

The Amber Room had originally been created for Charlottenburg Palace in Berlin, but it was packed up into 18 boxes and shipped to St. Petersburg instead. After several stops, the last one in Russia, it arrived in the Catherine Palace, which is now the Pushkin Museum. There, the final version comprised some six tons of amber that covered 590 square feet of wall space. 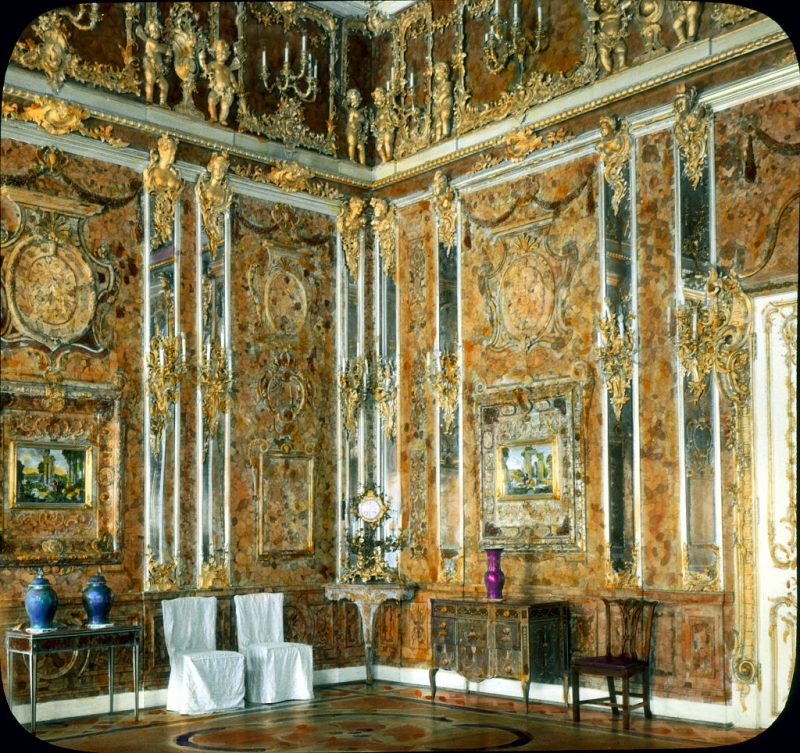 When Nazis invaded the Soviet Union in 1941, guards protecting the Amber Room were unsuccessful in hiding the panels behind wallpaper. A Nazi art specialist ordered the room to be disassembled and shipped to Konigsberg, which happens to be today’s Kaliningrad. The amber then went on display in the city’s palace. 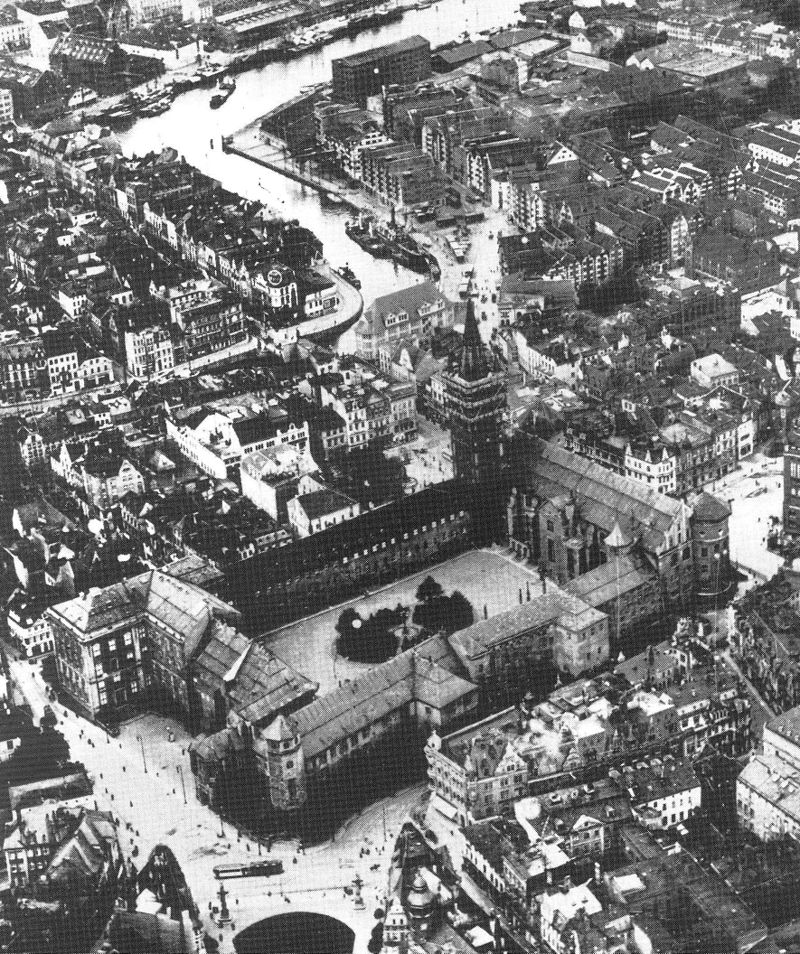 In April 1945, Konigsberg was bombed by the Allies. Many curators believe that the Amber Room was destroyed along with the palace. This theory is supported by two British investigators who looked into the information in 2004. A year earlier, in 2003, a replica of the Amber Room opened in St. Petersburg. However, the hunt for the original continues. People have looked in Konigsberg, in mines under the Western German city of Wuppertal, and even in Eastern Germany’s Harz Mountains.

The last claim that anyone has heard from came nearly nine years ago. The call came from a woman who said she had once cooked in Frydlant Castle in Bohemia, Czech Republic. In February 1945, after Hitler had ordered that the Amber Room be evacuated from Konigsberg, the cook noticed hundreds of SS men disappearing into the castle with unmarked crates. She said that every night for two weeks, those SS men carried the deliveries into the cellar and then vanished. 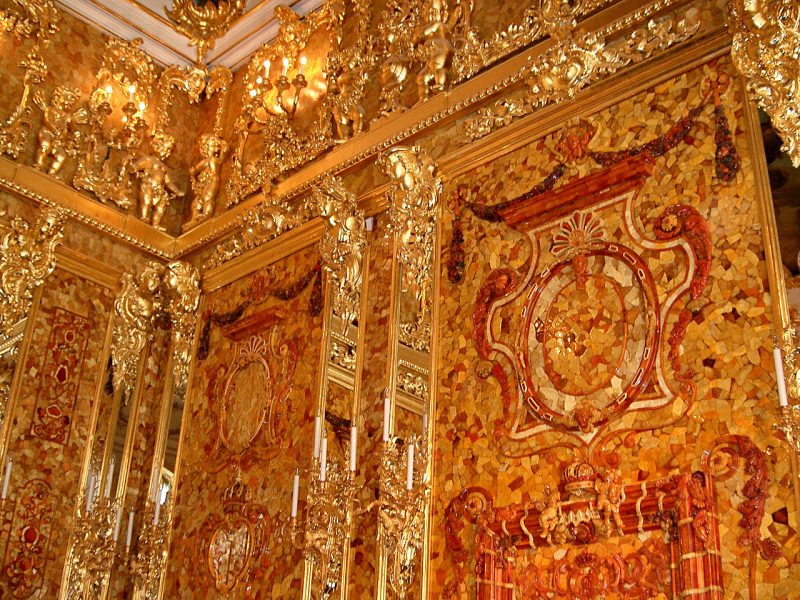 After receiving this tip, German treasure hunters Erich Stenz and Georg Mederer visited the castle the woman mentioned. They noticed two cellar vaults had been walled in with modern bricks and cement.

The two men said that Czech officials at first denied that the castle had a cellar then. However, after the men had shown the guards the photographs they took, the officials claimed that it had contained books from a Berlin library.

The men had been granted permission to look at the cellar again. However, the Czech officials prevented the men from using special equipment to see what actually lay behind the walls.

Stenz told a local newspaper that the whole thing stinks. He and the other treasure hunter believe that they have actually found the treasure, but Czech officials are preventing them from looking, because the government has been keeping this secret for decades. 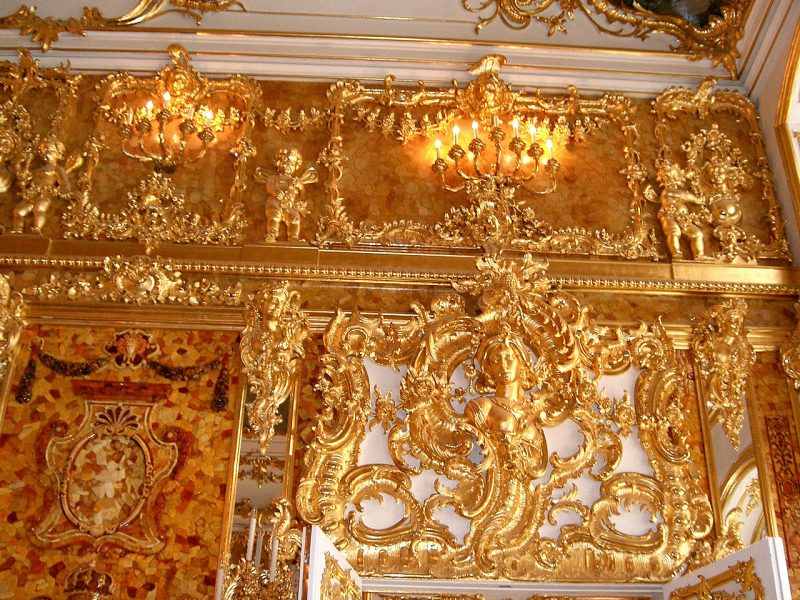 An angel statue featured on the wall of the Amber Room.Source

The men have also claimed that they found a document from senior Nazi Martin Bromann which confirms the treasure hunters’ theory about the Amber Room. The document had mentioned “where Matthias strokes the strings”; this reference could be a secret message regarding Frydlant Castle’s former owner, Matthias Gallas.

Although the treasure hunters are so close to what could be the biggest treasure find ever, they are not giving up hope. They will work toward finding a way to dig out the brick and mortar that covers the mysterious space in the wall.

« The traditional horse-drawn wagon used by British Romani people as their home
Bertrand Chiado Has Seen It All! One of the oldest bookstores in the world! »