When the car made its appearance, the pedal car soon followed. Pedal car history goes back to the 1890s

The heyday for pedal cars in the United States occurred between the World Wars. For example, pedal cars were fixtures in Sears catalogs. Unfortunately, they could only be sent to customers who lived near railroad tracks because mailing a steel car, even a small one, was simply not possible. Other companies that made pedal cars in the ’20s and ’30s included American National Automobiles of Toledo and Steelcraft of Murray, both based in Ohio.

Among other products, Steelcraft made GMC pedal trucks, as well as Mack dumptrucks, Model T Roadsters, Dodge Runabouts, and a Chrysler Roadster, which had bullet-shaped headlights and rubber tires. Steelcraft’s Chrysler was 50-inches long, and could be yours for only $31.50.

When the car made its appearance, the pedal car soon followed. Pedal car history goes back to the 1890s when most were modeled from the real cars on the road at the time – even thought there weren’t that many cars in ownership at that point.  Of course, every child wanted one. However, at the turn of the century, there cost really meant that it was only for the wealthy families. With many families reeling from the financial devastation of The Great Depression, pedal cars were often toys for upper class children.  Those not so fortunate played with basic homemade ride-on toys, what we used to call go-carts.  In the 1920s and 1930s it was still the toy of the wealthy and you could see the ‘modern’ designs of the cars reproduced in the pedal car.  No pedal cars were produced after the bombing of Pearl Harbor as all metal was needed for the war effort.

Reaching the peak of popularity in the late 1920s and early 1930s, pedal cars experienced a resurgence in the 1950s to 1960s with chain-driven models.  With postwar prosperity in the 1950s, pedal cars grew more popular and were available in all major stores.  From the early 1920s through the late 1960s, pedal cars, like automobiles, were produced in many different models and colors.  Designed to incorporate the most current trends of the automotive world, pedal cars featured working lights and horns, moveable windshields and ragtops, chrome detailing and hood ornaments, and white wall tires and custom paint jobs.

In the 1960s, interest in pedal cars began to wane as the burgeoning field of space exploration began to capture the attention of children. New safety standards for children’s toys also made them less cost-effective to manufacture. By the 1970s, plastic pedal toys like the Big Wheel had virtually put pedal cars out of business.Lets have a look at selection of these cool pieces of history – did you have one? 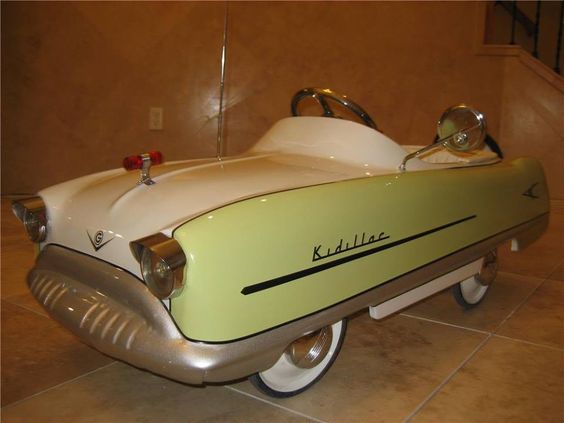 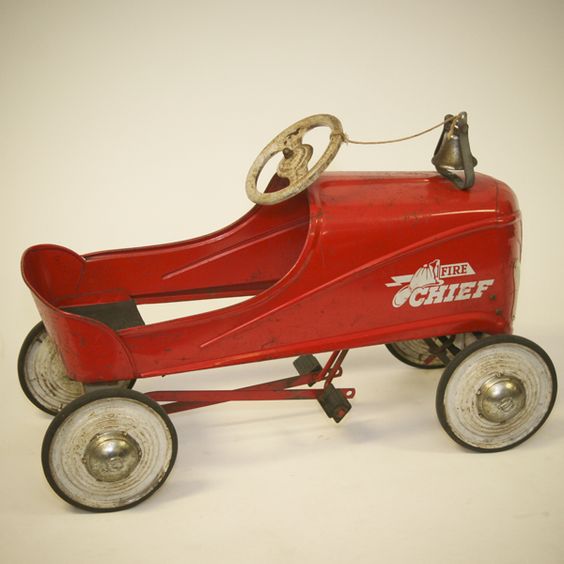 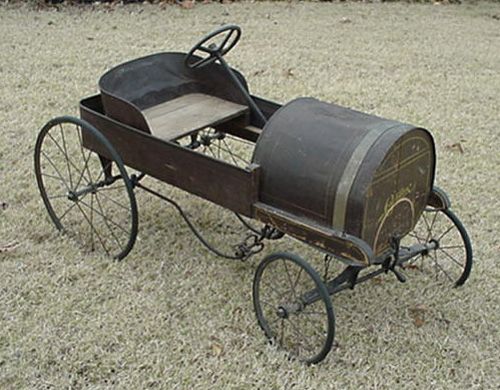 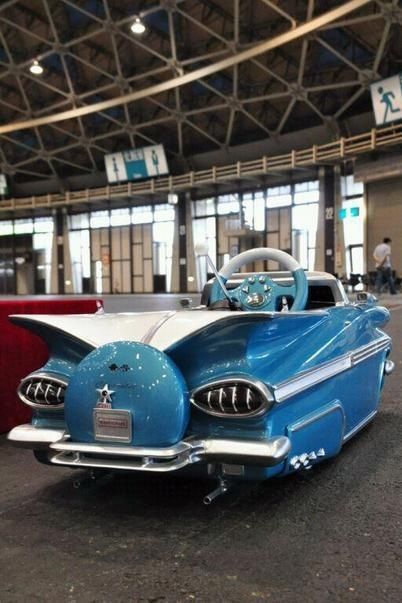 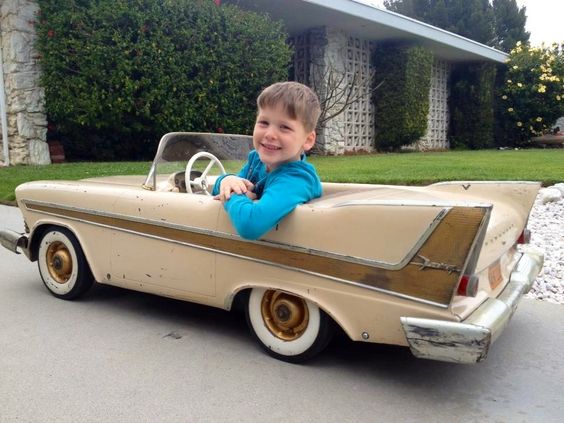 Pedal car with its own trailer. source 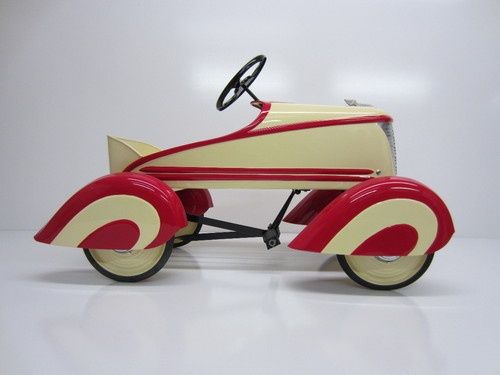 Another example of Art Deco. source 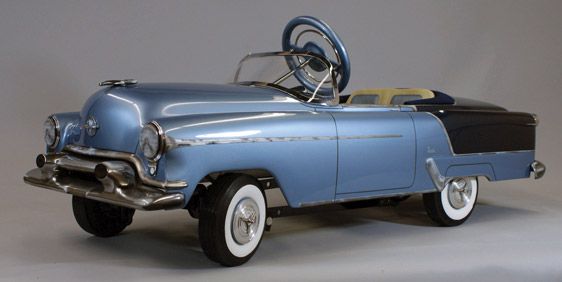 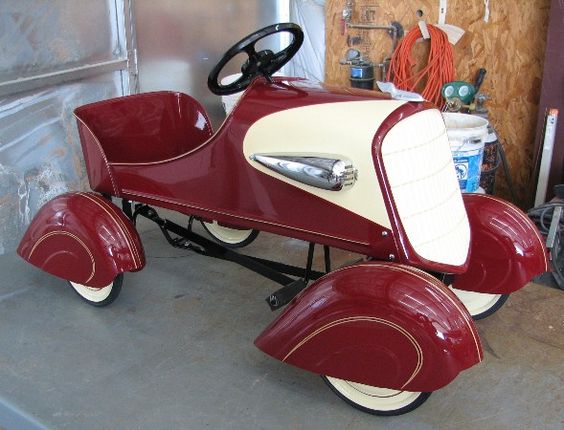 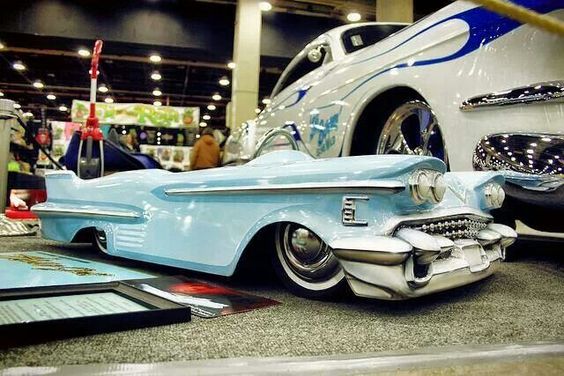 Want this just because it is gorgeous. source

Pedal cars have become collector’s items, in some cases selling for thousands of dollars. They can be purchased on the Internet at sites such as PedalCars.com and PedalCarUsa.com, to name two. Many have remained in good condition because of their construction, as most were made of metal or steel.

According to ClassicPedalCars.com, one of the most popular pedal car models is the 1965 Ford Mustang, which is a replica of the first year edition of the classic Ford vehicle. Other favorites include the Model T, police pedal cars, and racer pedal cars, as well as fire engines and the “sad face” models 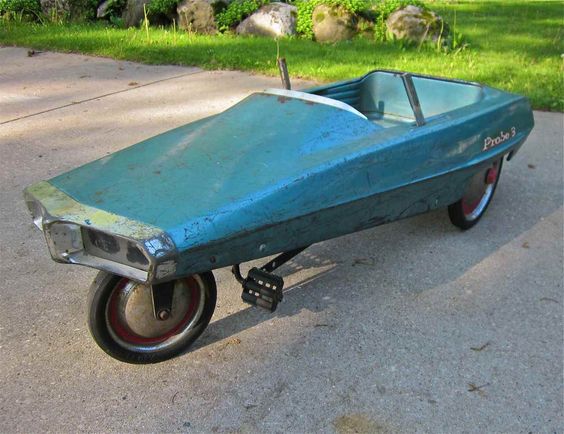 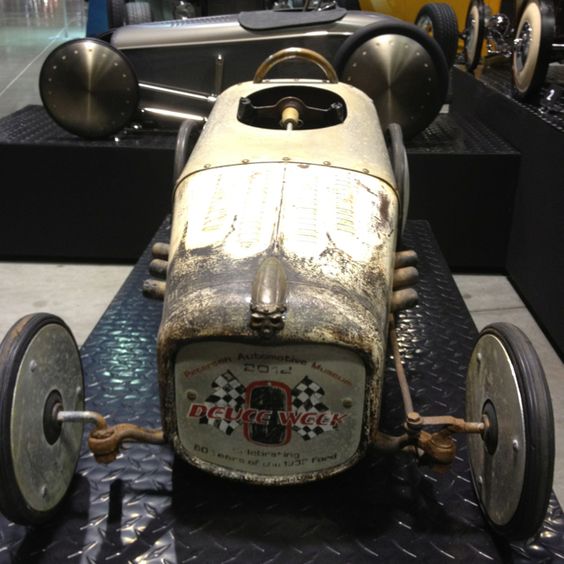 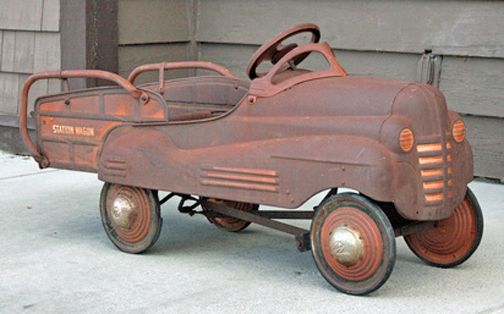 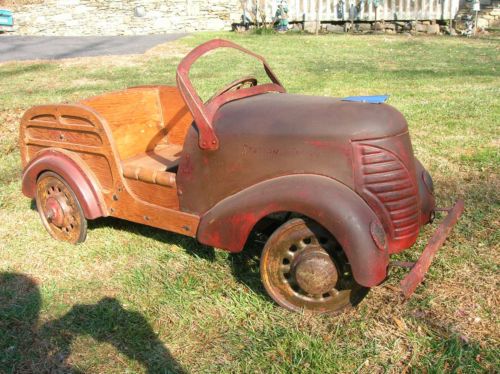 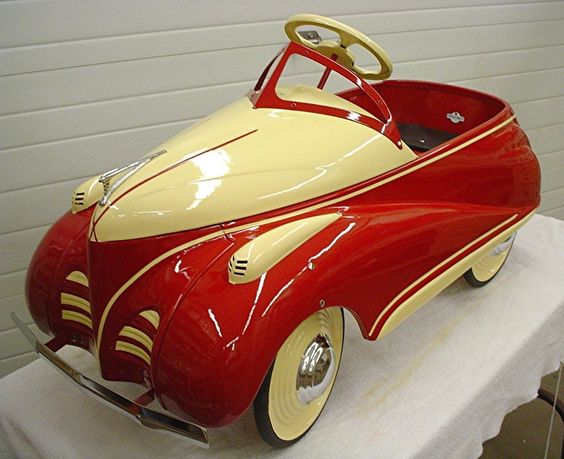 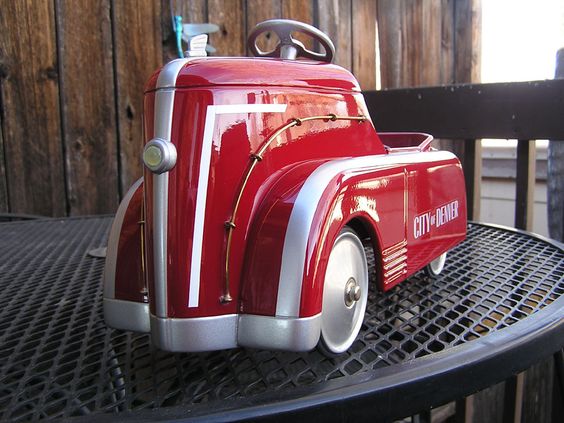 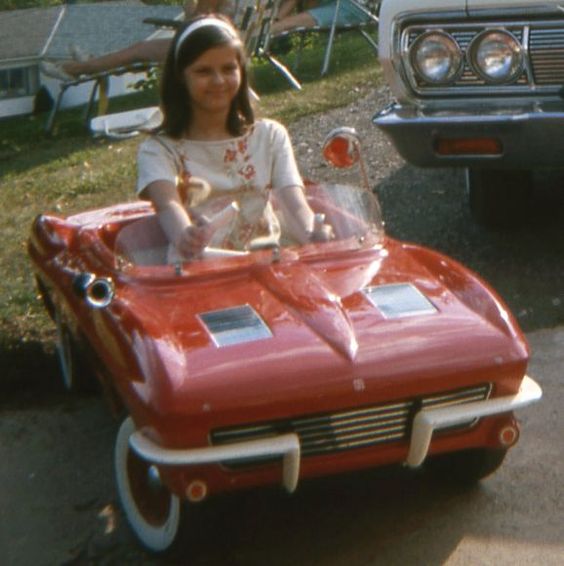 « Daguerreotype portraits – The first and the most commonly used photographic process, revealed to the world in 1839
Top 10 of the biggest female stars of the 1940’s »