Hundreds of full-length films were produced during the decade of the 1940’s. The great actor Humphrey Bogart made his most memorable films in this decade. Frank Capra’s masterpiece It’s a Wonderful Life and Orson Welles’s masterpiece Citizen Kane were released. The film Noir genre was at its height. Alfred Hitchcock made his American debut with the film Rebecca, and made many classics throughout the 40’s.

Below is the list of the most praised female stars whose careers took off in this decade. 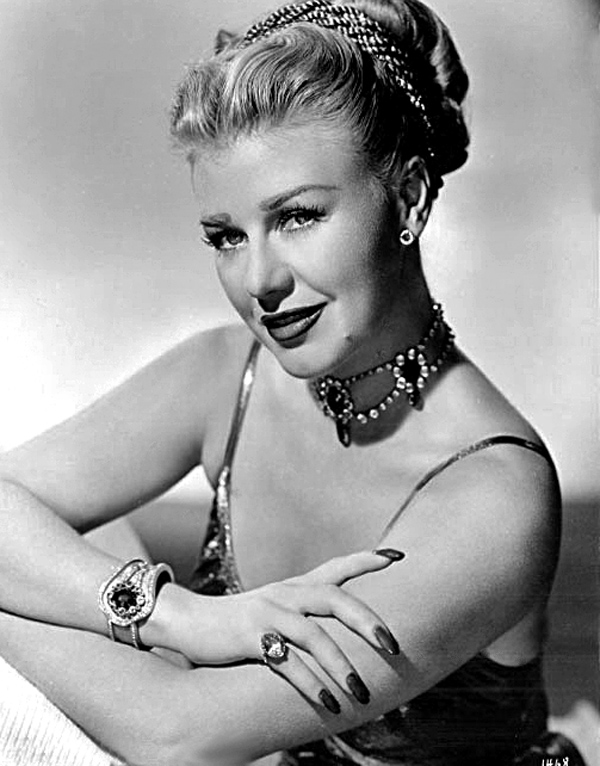 Though she remained successful throughout the 1940’s and at one point was Hollywood’s highest paid actress, by the end of the decade her popularity had peaked. She reunited with Astaire in 1949 in the commercially successful The Barkleys of Broadway. After an unsuccessful period through the 1950’s, Rogers made a successful return to Broadway in 1965, playing the lead role in Hello, Dolly! More lead roles on Broadway followed, along with her stage directorial debut in 1985 on an off-Broadway production of Babes in Arms. Rogers also made television acting appearances until 1987. In 1992, Rogers was recognized at the Kennedy Center Honors. She died of a heart attack in 1995, at the age of 83. 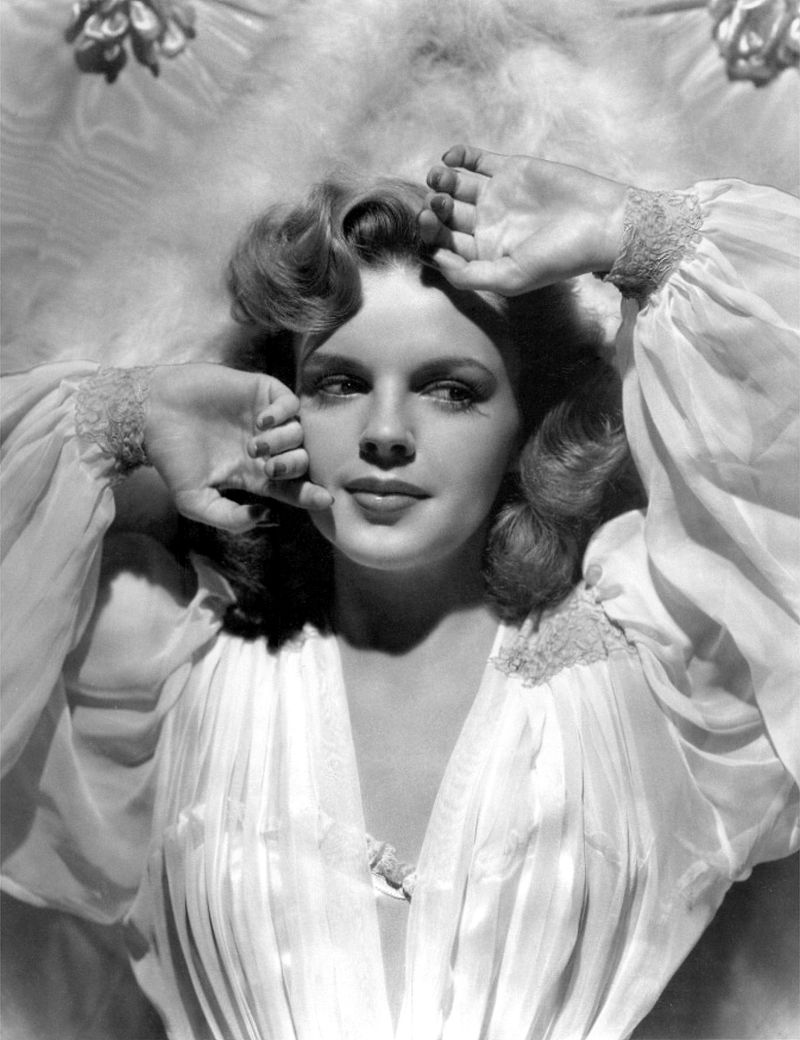 In 1940, Garland starred in three films: Andy Hardy Meets Debutante, Strike Up the Band, and Little Nellie Kelly. In the last, she played her first adult role, a dual role of both mother and daughter. Little Nellie Kelly was purchased from George M. Cohan as a vehicle for her to display both her audience appeal and her physical appearance. The role was a challenge for her, requiring the use of an accent, her first adult kiss, and the only death scene of her career. The kiss was regarded as embarrassing by her costar, George Murphy. He said it felt like “a hillbilly with a child bride.”Nevertheless, the success of these three films and a further three films in 1941 secured her position at MGM as a major star. 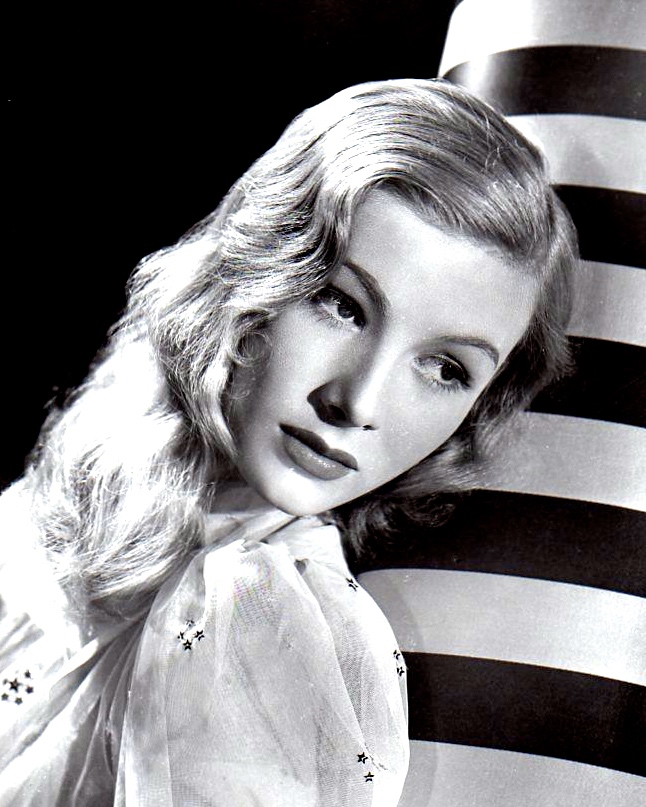 Lake won both popular and critical acclaim, most notably for her role in Sullivan’s Travels and for her femme fatale roles in film noirs with Alan Ladd, during the 1940’s. She was also well known for her peek-a-boo hairstyle. By the late 1940’s however, Lake’s career had begun to decline in part due to her struggles with mental illness and alcoholism. She made only one film in the 1950’s but appeared in several guest-starring roles on television. She returned to the screen in 1966 with a role in the film Footsteps In the Snow, but the role failed to revitalize her career. 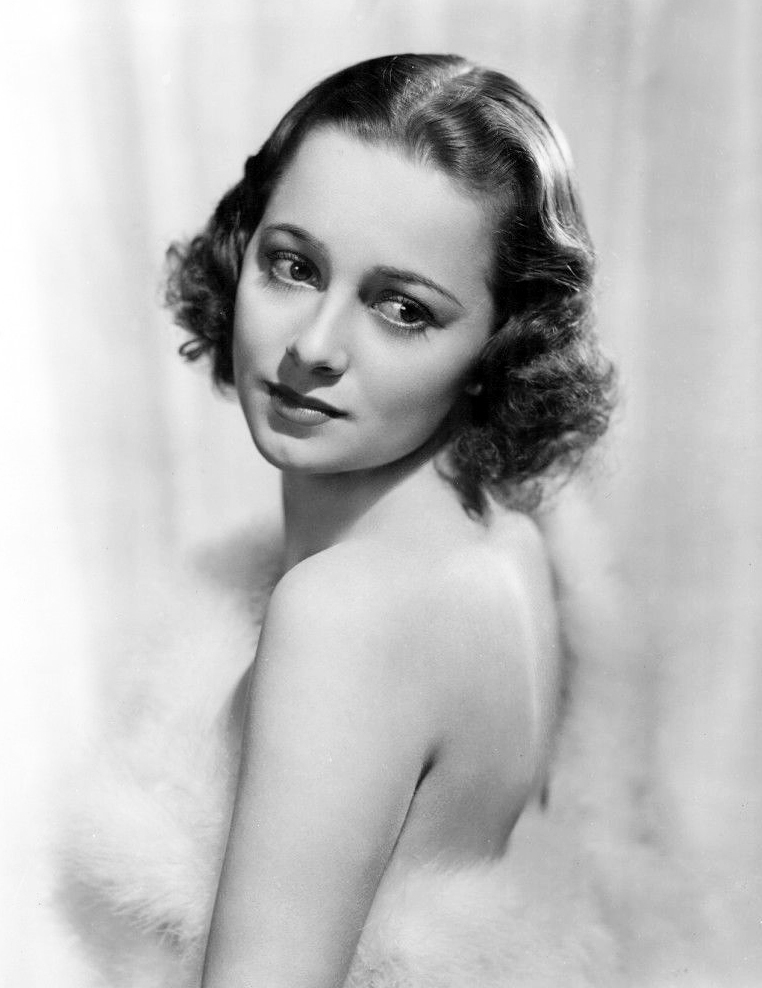 Born in Tokyo to English parents, de Havilland and her younger sister, actress Joan Fontaine, moved to California in 1919. She played Melanie Hamilton in Gone with the Wind (1939) and had eight co-starring roles opposite Errol Flynn, including Captain Blood (1935), The Charge of the Light Brigade (1936), The Adventures of Robin Hood (1938), The Private Lives of Elizabeth and Essex (1939), Dodge City (1939), Santa Fe Trail (1940), and They Died with Their Boots On (1941). At the age of 99, de Havilland is the oldest living actor who has won an Academy Award. She is the last surviving major actor from Gone with the Wind and is among the last living actors from the Golden Age of Hollywood. 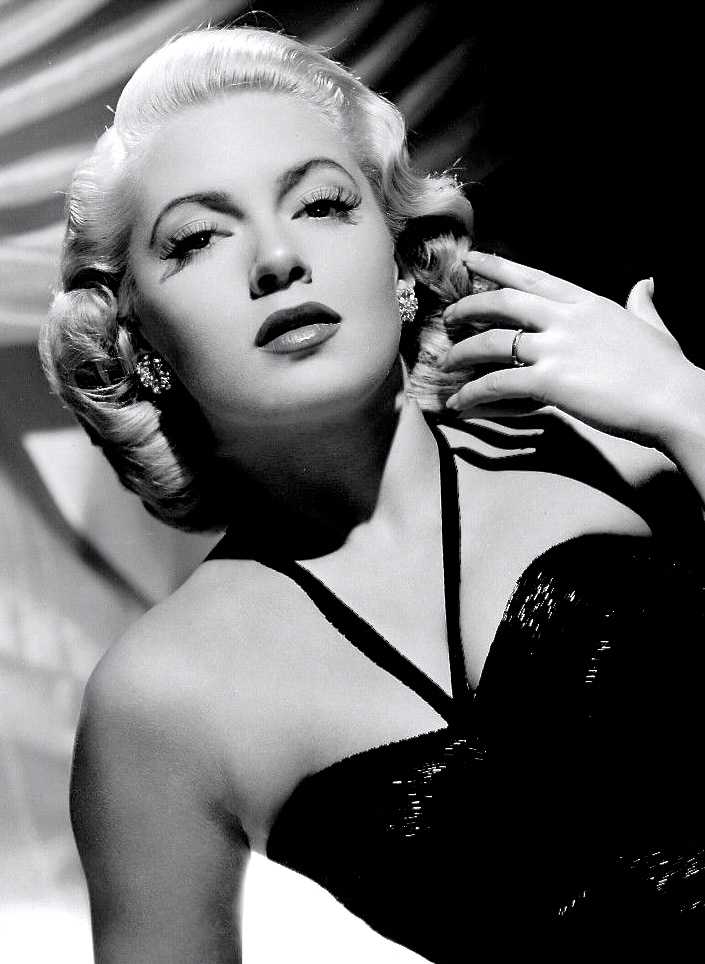 Lana Turner in a publicity photo for Slightly Dangerous (1943)Source

Discovered in 1937 by a reporter as she sipped a soda in a Hollywood ice cream parlor and signed to a film contract by Metro-Goldwyn-Mayer at the age of 16, Turner first attracted attention in They Won’t Forget (1937), and later starred in featured roles, often as an ingenue.

During the early 1940’s, she established herself as a leading actress in such films as Johnny Eager (1941), Honky Tonk (1941), Ziegfeld Girl (1941), and Somewhere I’ll Find You (1942). She appeared in the 1941 horror film Dr. Jekyll and Mr. Hyde, and her reputation as a glamorous femme fatale was enhanced by her performance in the film noir The Postman Always Rings Twice (1946). Her popularity continued through the 1950s, in such films as The Bad and the Beautiful (1952) and Peyton Place (1957), for which she was nominated for an Academy Award for Best Actress. 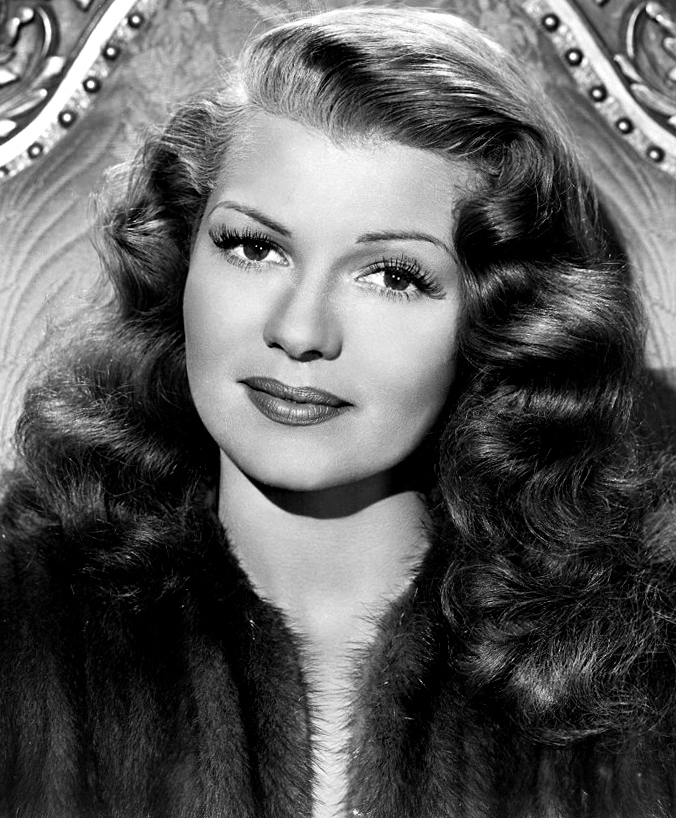 She achieved fame during the 1940’s as one of the era’s top stars, appearing in a total of 61 films over 37 years. The press coined the term “love goddess” to describe Hayworth after she had become the most glamorous screen idol of the 1940’s. She was the top pin-up girl for GIs during World War II.

Hayworth is perhaps best known for her performance in the 1946 film noir, Gilda, opposite Glenn Ford, in which she played the femme fatale in her first major dramatic role. Fred Astaire, with whom she made two films, called her his favorite dance partner. Her greatest success was in the Technicolor musical Cover Girl (1944), with Gene Kelly. She is listed as one of the top 25 female motion picture stars of all time in the American Film Institute’s survey, AFI’s 100 Years…100 Stars. 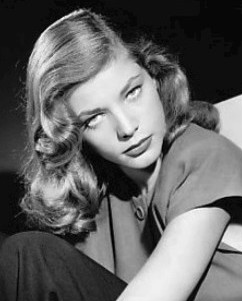 Photo of Lauren Bacall in 1945. Source

Bacall began her career as a model, before making her debut as a leading lady with Humphrey Bogart in the film To Have and Have Not in 1944. She continued in the film noir genre with appearances with Bogart in The Big Sleep (1946), Dark Passage (1947), and Key Largo (1948), and starred in the romantic comedies How to Marry a Millionaire (1953) with Marilyn Monroe and Designing Woman (1957) with Gregory Peck. She co-starred with John Wayne in his final film, The Shootist (1976). Bacall also worked on Broadway in musicals, earning Tony Awards for Applause (1970) and Woman of the Year (1981). Her performance in The Mirror Has Two Faces (1996) earned her a Golden Globe Award and an Academy Award nomination. 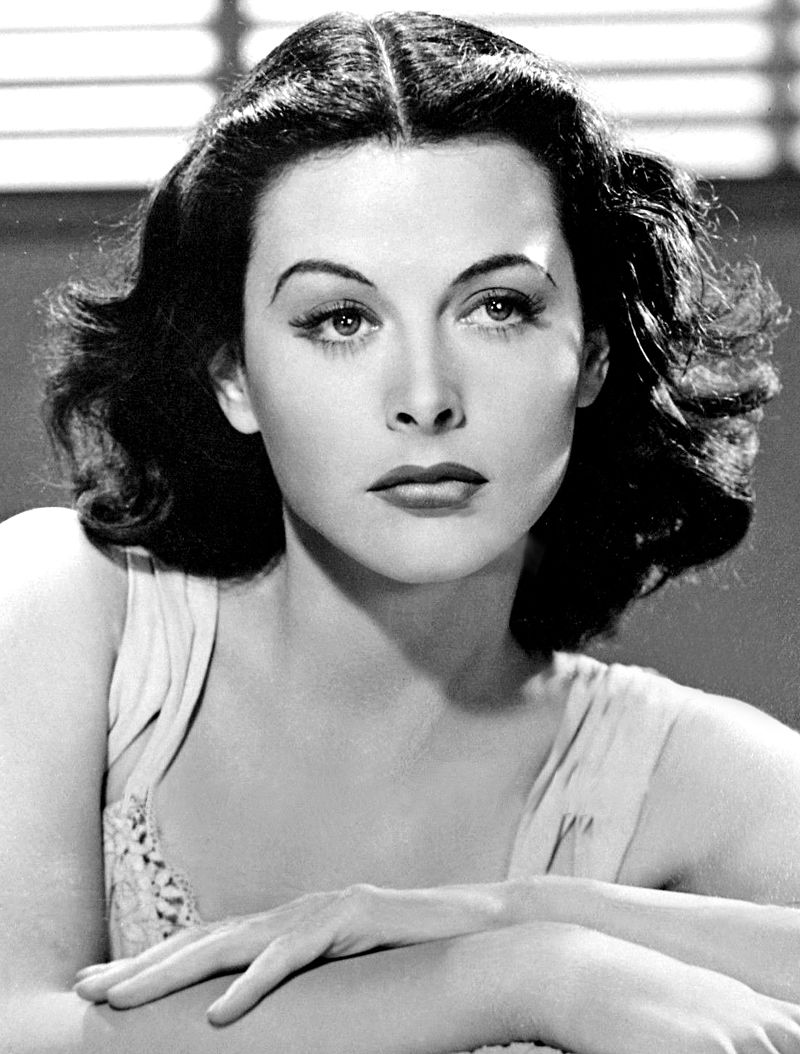 Publicity photo of Lamarr in 1940 Source

Lamarr appeared in numerous popular feature films, including Algiers (1938) with Charles Boyer, I Take This Woman (1940) with Spencer Tracy, Comrade X (1940) with Clark Gable, Come Live With Me (1941) with James Stewart, H.M. Pulham, Esq. (1941) with Robert Young, and Samson and Delilah (1949) with Victor Mature.[3] Director Max Reinhardt called her the “most beautiful woman in Europe,” a sentiment widely shared by her audiences and critics.

At the beginning of World War II, Lamarr and composer George Antheil developed a radio guidance system for Allied torpedoes, which used spread spectrum and frequency hopping technology to defeat the threat of jamming by the Axis powers. Though the US Navy did not adopt the technology until the 1960s, the principles of their work are now incorporated into modern Wi-Fi, CDMAand Bluetooth technology, and this work led to their being inducted into the National Inventors Hall of Fame in 2014. 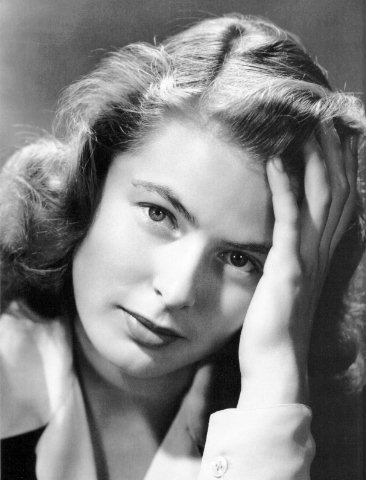 Before becoming a star in American films, Bergman had been a leading actress in Swedish films. Her introduction to American audiences came with her starring role in the English-language remake of Intermezzo (1939). At her insistence, producer David O. Selznick agreed not to sign her to a contract – for four films rather than the then-standard seven-year period, also at her insistence – until after Intermezzo had been released.

Selznick’s financial problems meant that Bergman was often loaned to other studios. Apart from Casablanca, her performances from this period include Victor Fleming’s remake of Dr. Jekyll and Mr. Hyde (1941), For Whom the Bell Tolls (1943), Gaslight (1944), and The Bells of St. Mary’s (1945). Her last films for Selznick were Alfred Hitchcock’s Spellbound (1945) and Notorious (1946). Her final film for Hitchcock was Under Capricorn (1949).

Grable’s iconic pose from 1943 was a World War II bestseller, showing off her “Million Dollar Legs”.source

Grable began her film career in 1929 at age 12, after which she was fired from a contract when it was learned she signed up using a false identification. She had contracts with RKO and Paramount Pictures during the 1930s, and appeared in a string of B movies, mostly portraying co-eds. Grable came to prominence in the Broadway musical DuBarry Was a Lady (1939), which brought her to the attention of 20th Century-Fox. She replaced Alice Faye in Down Argentine Way (1940), her first major Hollywood film, and became Fox’s biggest film star throughout the remaining decade. Fox cast Grable in a succession of Technicolor musicals during the decade that were immensely popular, co-starring with such leading men as Victor Mature, Don Ameche, John Payne, and Tyrone Power. In 1943, she was the number-one box-office draw in the world and, in 1947, she was the highest-paid entertainer in the United States. Two of her biggest film successes were the musical Mother Wore Tights (1947) and the comedy How to Marry a Millionaire (1953), one of her last films. Grable retired from screen acting in 1955 after she withdrew from her Fox contract, although she continued to perform on the stage and on television.

« When the car made its appearance, the pedal car soon followed. Pedal car history goes back to the 1890s
A great collection of historic restaurant menus from the 19th century »