A great collection of historic restaurant menus from the 19th century

Restaurant menus may not look like important historical material from our perspective, but a certain lady called Frank E. Buttolph had a different idea more than a century ago. In 1899, Buttolph offered to donate her private collection of American menus to the New York Public Library. Today, The New York Public Library has a collection of more than 45,000 historical restaurant menus ranging from the 1840’s to the present day. This is probably one of the largest menu collections in the world that is still growing. The person responsible for this huge gastronomical collection today is Rebecca Federman and she has a job title that sounds really tasty: Culinary Collections librarian. 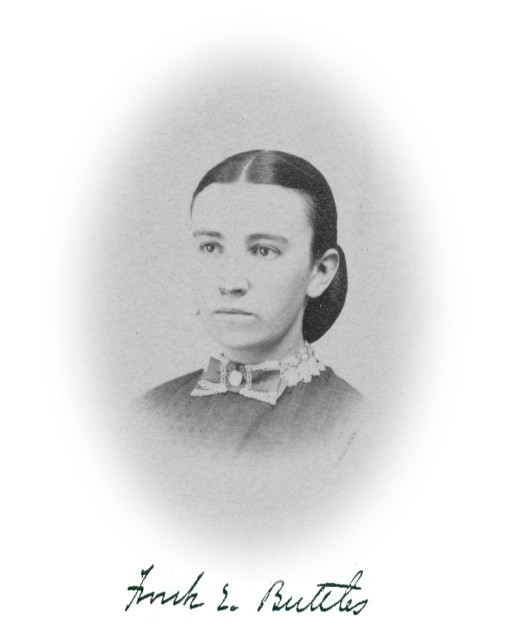 Federman is the latest caretaker of this amazing collection, but the real visionary was Miss Frank E. Buttolph. She dedicated her whole life to this collection. Buttolph collected menus from every possible place that she could think of. She constantly wrote letters to restaurants, palaces, banquet halls, asking them for their menus and explaining her mission to them. It should be mentioned that Miss Buttolph did all of this on a voluntary basis, because she believed in the historical significance of these pieces of paper.

Besides collecting as many as she could, she was especially trying to find the menus that were used by important people or that were present on the table during an interesting moment from history. Buttolph was thinking about events like the coronation of King Edward VII and Queen Alexandria, the Prussian Siege of Paris in 1870, the 1901 Pan-American Exposition in Buffalo where President McKinley was assassinated and a banquet thrown by Emperor of Japan for William Howard Taft, then Secretary of War, during the 1905 Taft–Katsura discussion. 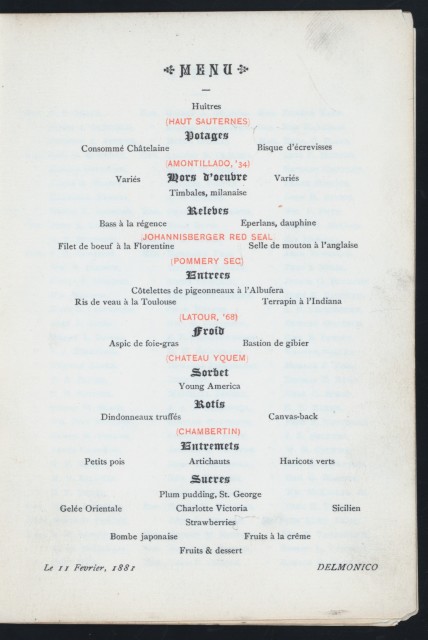 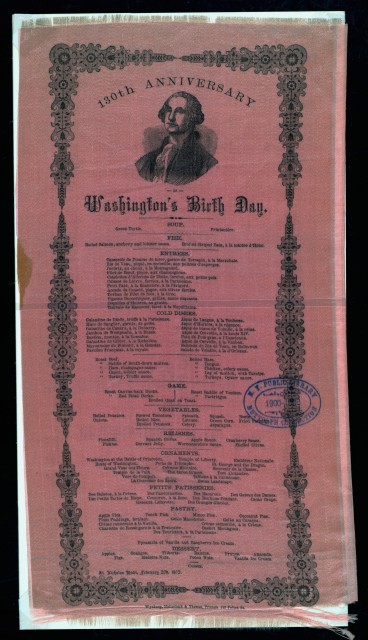 Miss Buttolph work didn’t go unnoticed. In an article that was published on June 3rd, 1906 in the New York Times, her collection, and preservation work were described in a very amusing way:

“Miss Buttolph is making history for the year 2000 which, should our present carnivorous natures by that time merge into a diet mild and milky, will hold this generation up as an example of brute force that should annihilate all our virtues and leave us in the eyes of our descendants a race of horror and greed, a pack of flesh-eating outcasts remarkable only for our gastronomic endurance.”

They year 2000 has passed and, apparently, not much is changed about our “gastronomic habits”.

The menus have two levels of significance. Firstly, they are important because they were physically present at those places in the past. They carry the scent of that time. Secondly, they offer a tremendous insight into the eating and drinking choices and habits of people in the past. A very important source of material for gastronomes today. 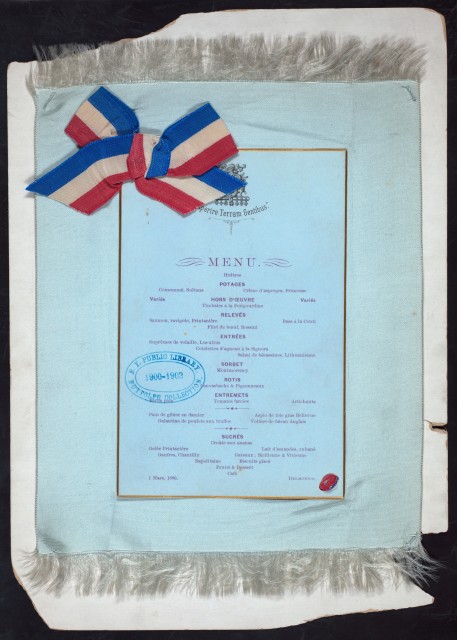 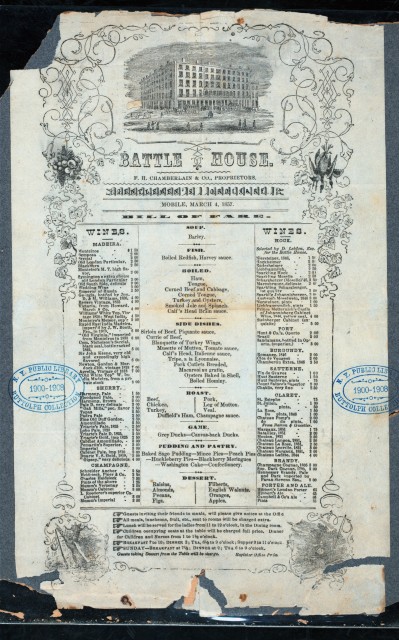 Certainly, there are many differences between the typical menus then and now. Among many conclusions you can draw from this documents, we will draw a few. First of all, it is noticeable that  more calves heads, tongues, mutton, and brain aspic are present in the old menus, than in the ones we see in a common restaurant today. On the other side, there is also a huge number of raw vegetable appetizers, with celery and radishes for example, or just a plate of celery. 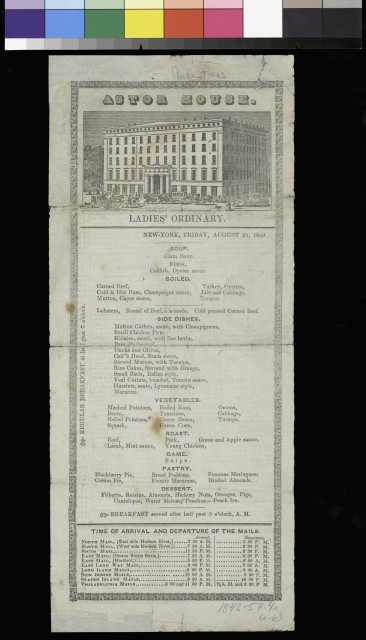 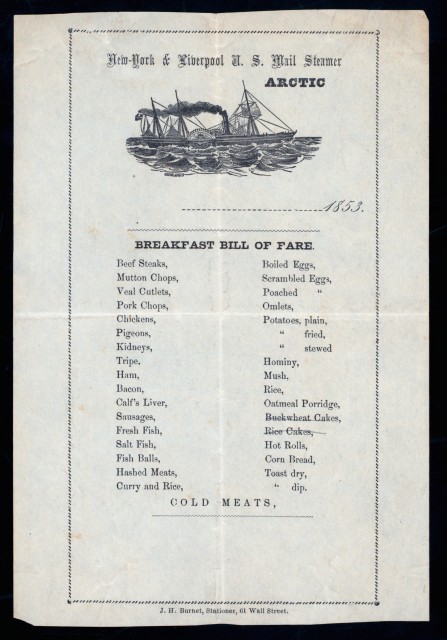 Among the items that appear the most in the whole collections are coffee and tea. Surprisingly, the third place goes to Celery.