The ring contains a dark onyx and blue engraved nicolo stone. It is believed to have been worn by a man or woman during the time of the Roman Empire. Cupid is also known by his Greek name Eros, and can be identified on the ring by his apparent wings. If it’s true that the ring dates back to the Roman Empire, then that ring has been buried for over 1,700 years. Images of Cupid were quite popular among the Greeks and Romans. The particular etching on this ring is the version that was made in the fourth century AD. 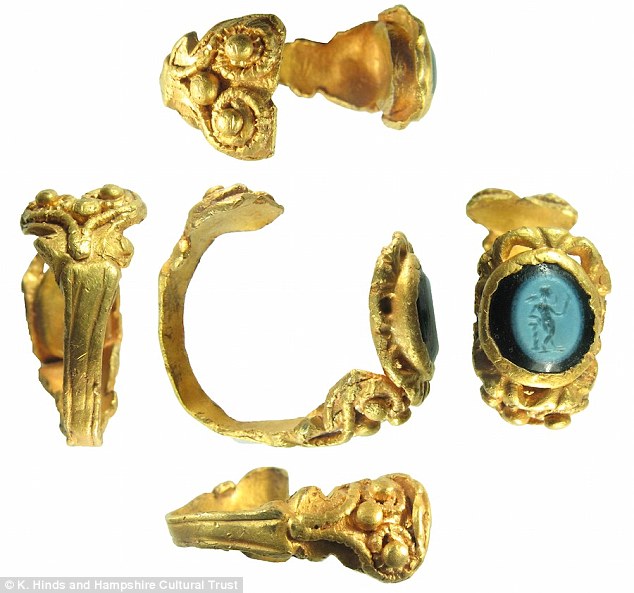 The ring was discovered near the village of Tangley and is now being studied by the Hampshire Museums Service. Once the studies are finished, the ring will be put on display at the Andover Museum. The ring was originally found in 2013 and was immediately turned in to the Portable Antiquities Scheme, which is an organization established in 1997 to focus mainly on artifacts that have been found by amateur metal detectorists such as this gentleman.

Metal detectorists are allowed to search for antiquities as long as they stay outside of protected areas. It is required they report immediately to the authorities any antiquities found. 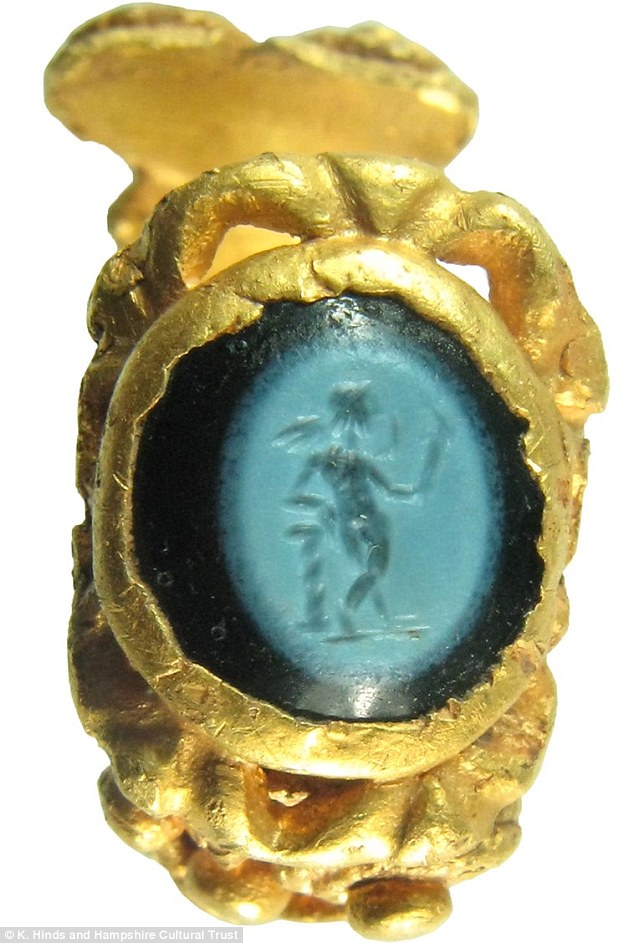 Roman and Greek writings suggest that Cupid was seductive and wielded torches, a quiver, and bow and arrows. He was commonly naked, and any woman who was pricked by his arrow would fall deeply in love with a man. The story of Apuleius discusses Cupid’s love interest, Psyche. She is a human who becomes pregnant by the god. The child is then rejected by Cupid’s mother, Venus.   Psyche then takes the impossible challenge to be made immortal eventually.

The artistic depictions of the two lovers have been drawn and painted dating back to 2,500 years. During the Renaissance Cupid was depicted as the more cherub-like baby we know today.

Here is a little history on Cupid:

Today, Cupid is known as one of the most famous Valentine symbols. Many people recognize him by his wings and his piercing of hearts with his bow and arrow. The arrows signify desire and the emotions of love. The god aims those arrows at gods and humans so that they will fall deeply in love.

Cupid has always been a symbol for love and lovers, and is known to have played a huge role in celebrations. While the Greeks recognized Eros as the son of Aphrodite, the goddess of love and beauty, the Romans saw him as Cupid, the child of Venus. 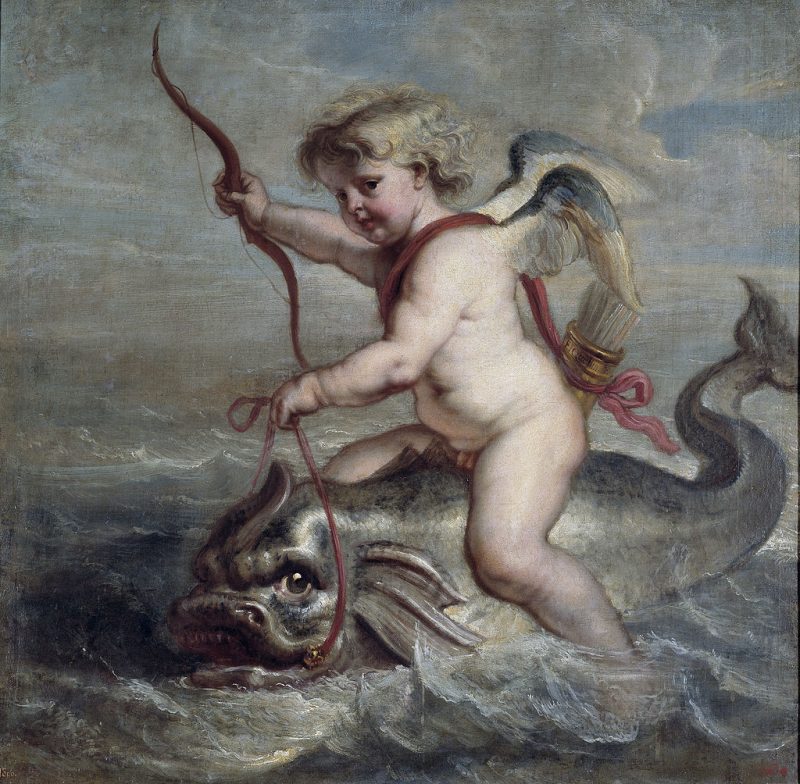 As stated above, Venus was not a fan of Psyche. It was thought that Venus was jealous of Psyche’s beauty. She then ordered Cupid to punish Psyche, but instead, Cupid fell in love with her and took her as his wife. However, since she was a mortal, she was forbidden to look at him.

Psyche was happily married until one of her sisters persuaded her to look at her husband. However, as soon as she did look at him, Cupid punished her by leaving her. The lovely castle and gardens they lived in vanished, and Psyche found herself alone in an open field with no signs of people or Cupid.

As she wandered around the field to find her husband, she came upon the temple of Venus. Venus wished to destroy Psyche. She gave Psyche a list of tasks, each harder and more dangerous than the last. For her last task, Psyche was given a small box to take to the underworld. She was told to get some of Proserpine’s beauty and put it in the box. 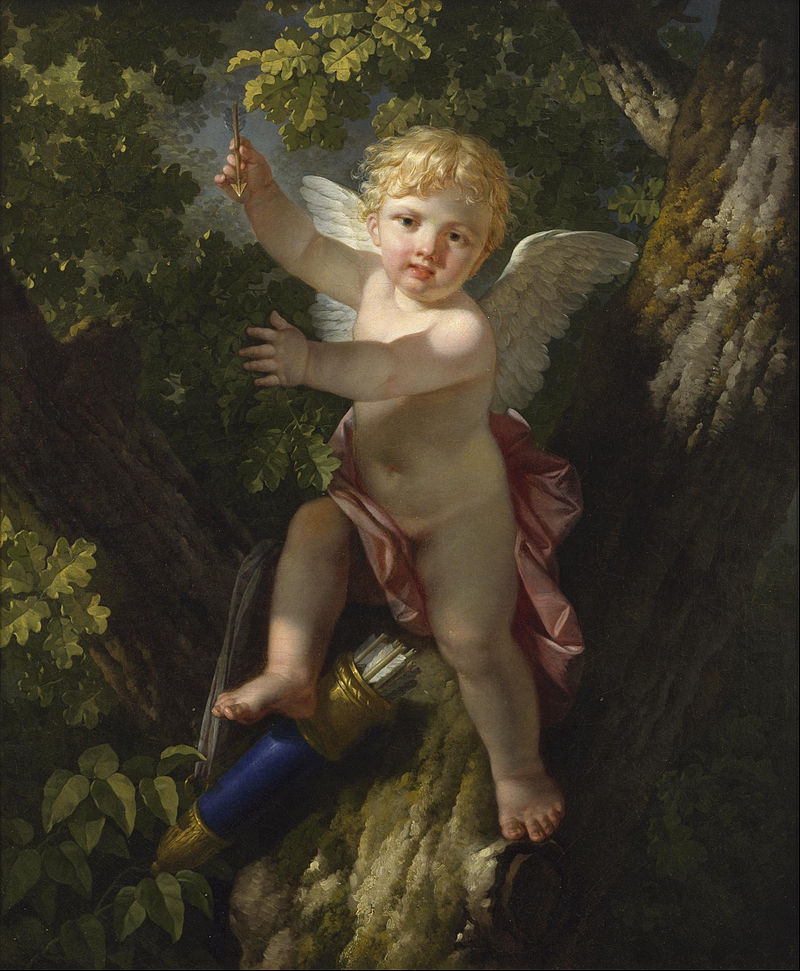 During the trip, Venus had given tips on how to avoid the dangers in the realm of the dead. She also warned Psyche to not open the box, but curiosity overcame Psyche and she opened it. Instead of finding beauty in the box, there she found only deadly slumber.

Cupid found Psyche lifeless on the ground and gathered her body to put in the box. Cupid forgave her, as did Venus. The gods, having seen Psyche’s love for Cupid, made her a goddess.