Towns and cities worldwide have been left abandoned for many reasons. Whether people aren’t allowed to live there or the land has nothing left to give, these cities can be left frozen in time.

One city was literally left frozen in time. A photographer went to the town of Pyramiden, which appears to have been left just the way it was when it was abandoned in 1998 at the end of the Soviet era. Some of his photos include those of a gym, theater, hotel, school, and playground. The people who last lived there left almost everything behind. The photos look as if the owners had only left for a brief period of time and planned on coming back. 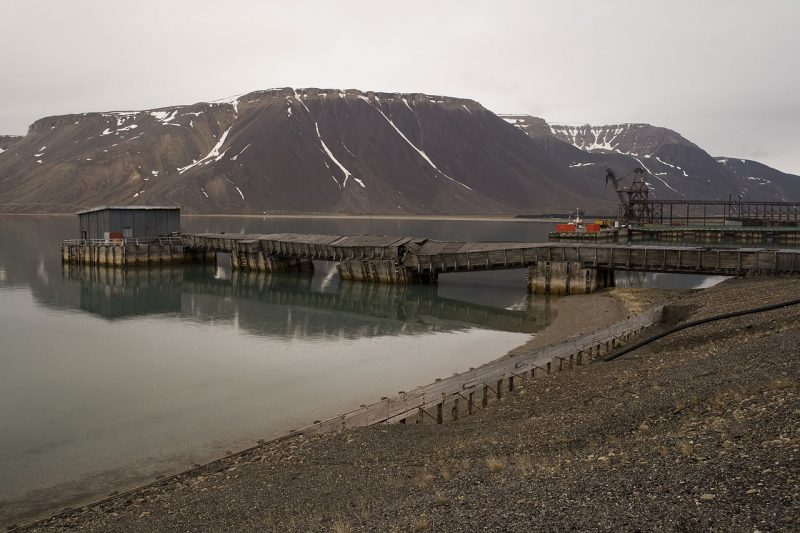 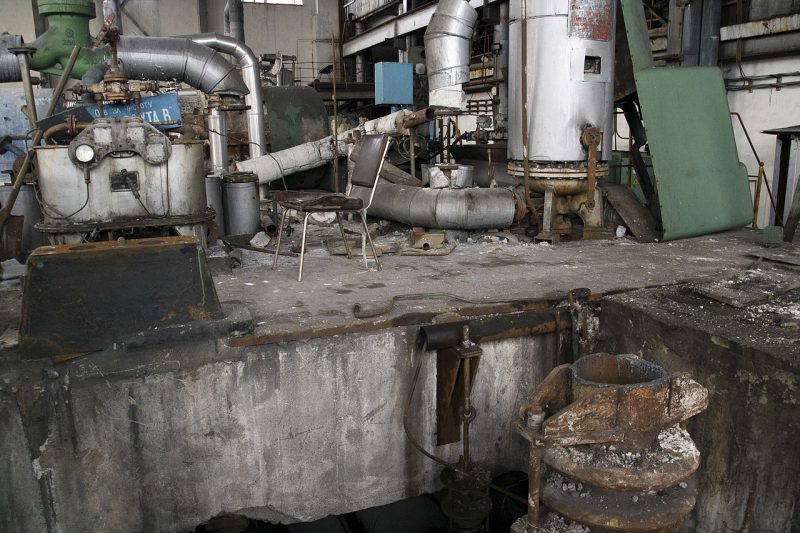 inside the old coal plant in Pyramiden, Svalbard.Wikimedia Commons 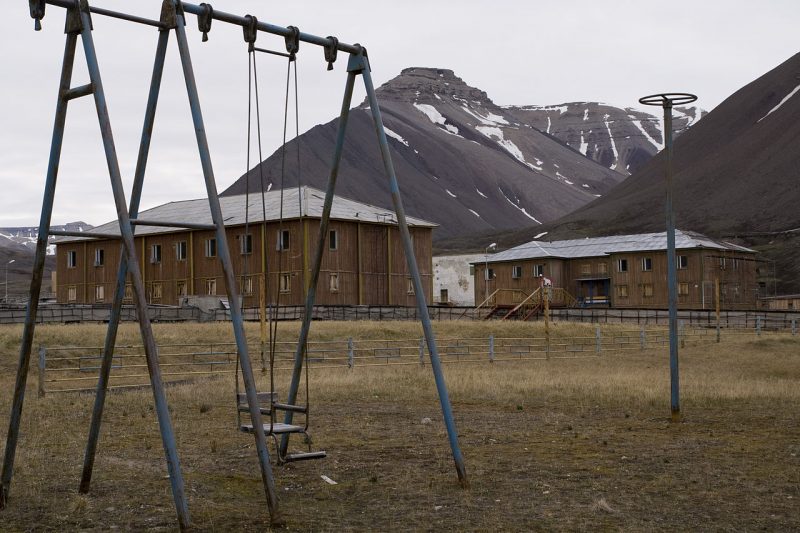 The city is on a fjord on Norway’s Spitzberg Island in Svalbard, Pyramiden. It was previously operated as a Russian mining settlement. The mining town is 800 miles from the North Pole and is still under Russian control. Seeing the decline of the abandoned town, in 2013 Russia decided to push for tourists to visit it as a ghost town. During the summer, eight Russians and two tour guides were left in charge of the hotel and water system, in case tourists took up the offer. 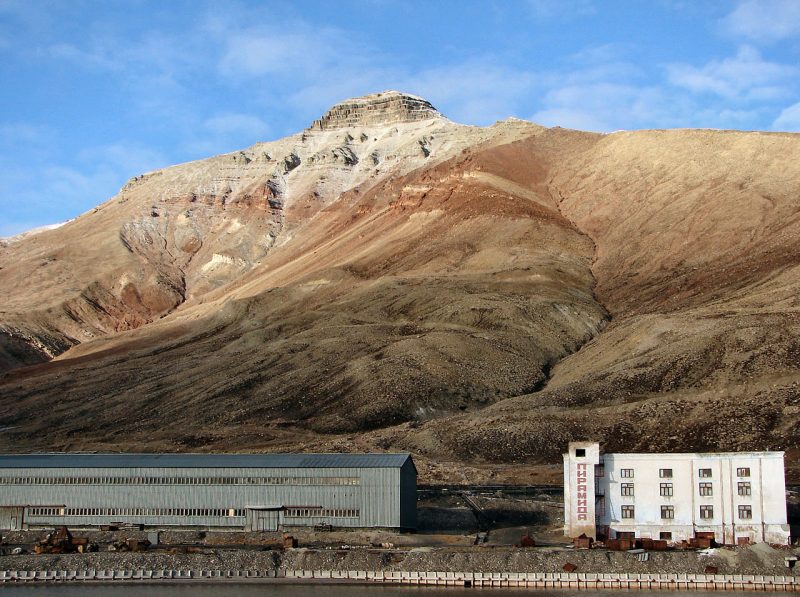 The port of Pyramiden and the mountain giving the settlement its name. Wikimedia Commons 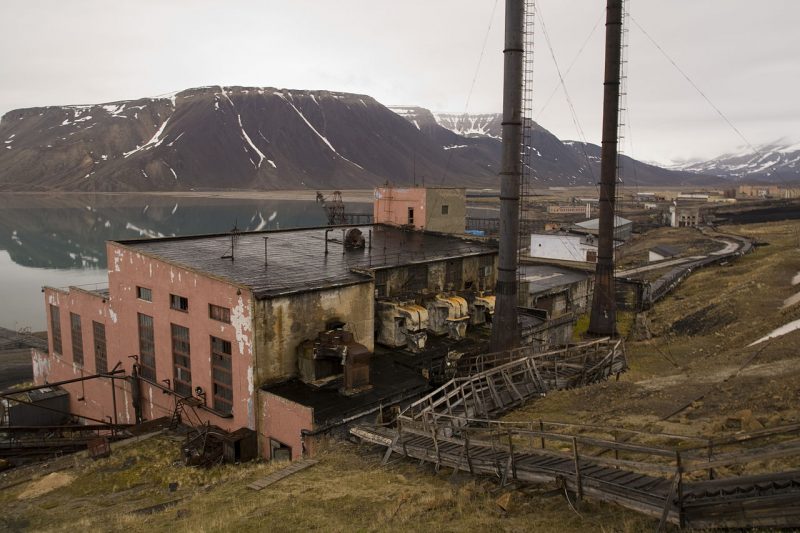 Here is a brief history of Pyramiden:

The town was originally founded by Sweden in 1910 and was sold to the Soviet Union in 1927. It was named Pyramiden, which is the word for pyramid in Scandinavian, because it has a pyramid-shaped mountain adjacent to the town. The nearest settlements around Pyramiden is Svalbard’s capital, Longyearbyen. Barentsburg is also close to the settlement, as well as Ny-Alesund. The town was owned by the state Russian mining company Trust Arktikugol. The Russian mining company also owns Barentsburg.

On March 31, 1998, the last bit of coal was extracted from the mine; the last official resident left the town on October tenth. Again, the town was vacated in a hurry and left just as it was.

In a recent document, scientists said that the town would actually be standing 500 years from now due to the freezing climate. 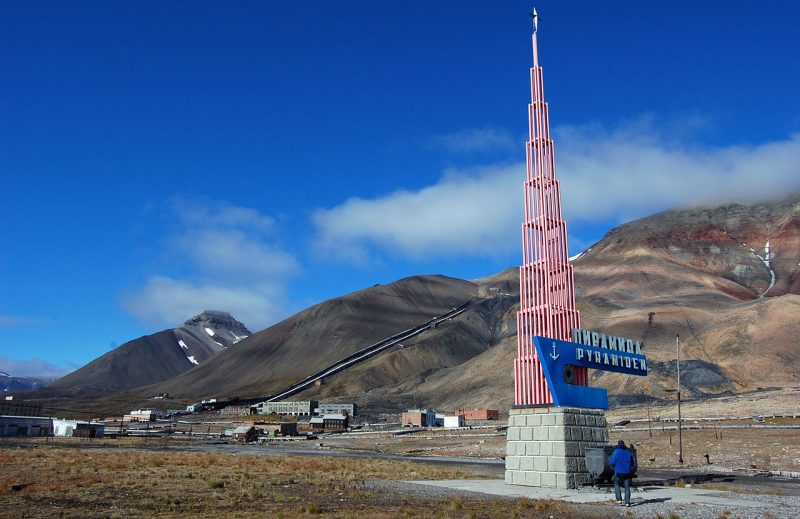 The monument of Pyramiden, with the last ton of coal extracted from the mine behind it.Wikipedia

When the city was at its peak, it was home to over 1,000 people even though it was in a remote location. The town slowly began to decline as the demand for coal declined starting in the 1990s.

Today, the city is accessible by boat or snowmobile from Longyearbyen. Visitors can either take an independent tour or arrange for a guided tour led by the operators who still live in the city. Surprisingly, there are no restrictions for visiting the town. However, visitors are not allowed to enter buildings without permission, even if the buildings are for some reason open. Many of the buildings are now locked due to the recent issues with visitors. They have felt the need to vandalize the buildings and steal “souvenirs”, causing the buildings and their items to deteriorate even faster. 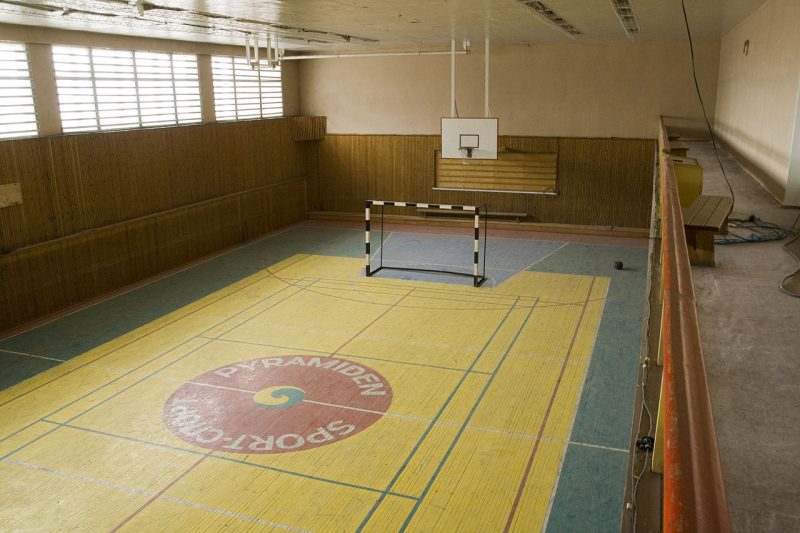 Inside the sports hall, one of the well-preserved buildings that tourists can visit. Wikipedia

Since 2007, the Trust Arktikugol has been renovating several buildings, such as the hotel, and the town’s infrastructure. In order to accommodate the tourists, they are also building a new power station with diesel generators in the old settlement.

About thirty workers live in the settlement year-round in order to maintain some buildings and facilities. There are also some there to lead the tours for the people who choose to use a guide while visiting.

As of 2013, the Tulip hotel, which has a small museum, has been reopened for those who choose to stay overnight in the ghost town. As an alternative, there is a small hotel that is built of old shipping containers near the harbor. Currently, there are no plans for reopening the entire settlement. Although the town has visitors, it is not enough to keep the entire town running.

« British Documents Released Regarding Missing Cold War Secret Agent
What an era, the beautiful, elegant & charismatic E-2 locomotives, none survive, all were scrapped »