What an era, the beautiful, elegant & charismatic E-2 locomotives, none survive, all were scrapped 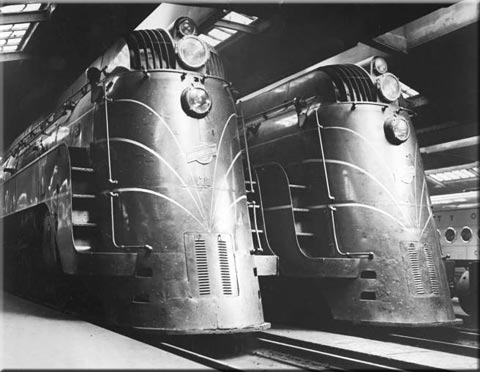 Not too sure why but there is something freaky about the look of these trains. Totally gorgeous but also very intimidating and overpowering. These futuristic locomotives were built in the 1930s.

The Chicago and North Western Railway’s Class E-2 was a 4-6-2 “Pacific” type locomotive built by the American Locomotive Company in Schenectady, New York in 1923. Twelve were originally built, and all were later converted. Four of these locomotives gained the Class E-2-a designation in late 1934 when they were converted to burn oil instead of coal, upgraded with larger drivers, and had other changes made in order to run at higher speeds in preparation for pulling the Twin Cities–Chicago 400 the next year. The other eight were converted to Class E-2-b, which was similar except they remained coal-fired.

The E-2-a was among the fastest steam locomotives in the world in 1935. It was recorded running in excess of 108 miles per hour (174 km/h) on a fall evening that year as it raced the 85 miles (137 km) from Milwaukee to Chicago in 65 minutes, attaining its highest speeds between Highland Park and Evanston. While fast for its day, it was not quite a match for the Milwaukee Road class Aand later F7 engines, which ran the rival Hiawatha.

Unlike the Hiawatha engines, the E-2s never ran with streamlined shrouds, though it appeared for a time that they would be replaced by streamlined Class E-4 4-6-4 “Hudson” locomotives on the 400 route. C&NW ordered eight E-4s in 1937, later adding one more order to the total. However, the railway decided instead to use diesel-electric EMD E3 locomotives for the 400, which replaced the E-2-a engines on the route in 1939. We hope you enjoy this collection of images: 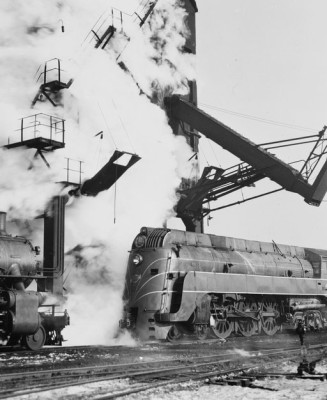 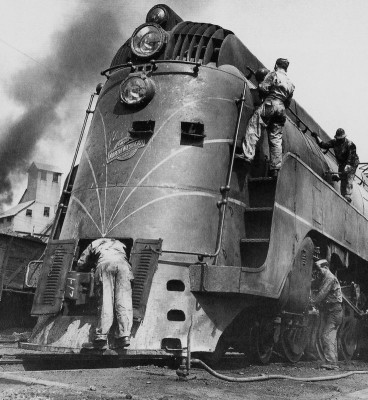 The locomotive belongs to Class E-4, Chicago & North Western Railway (C&NW). They were amongst the biggest Hudson type locomotives built; even larger than the New York Central’s famous Hudsons. source 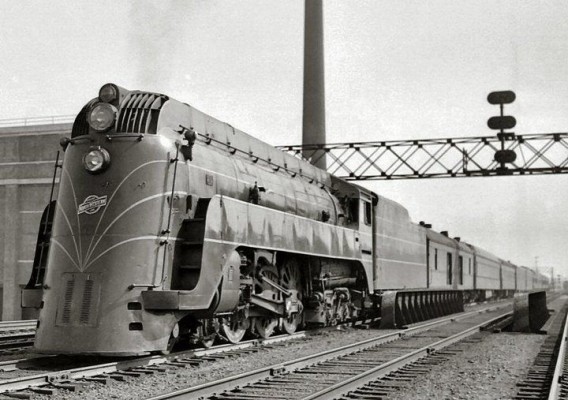 Originally destined to haul the famous “400” express trains, they were used on the longer distance Chicago-Omaha runs, none to power the “400″ fleet: by the time they were delivered, the railway management decided that streamlined steam was the wrong direction and instead placed orders with General Motors Electro-Motive Division for new diesel locomotives. source 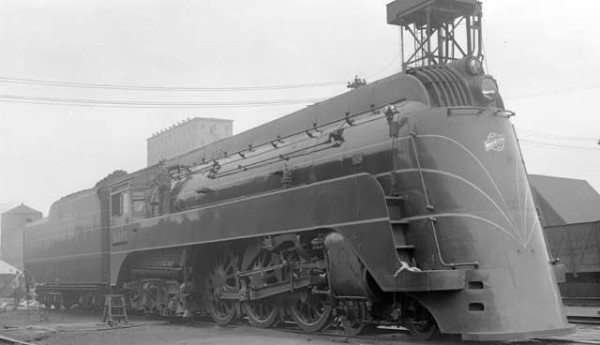 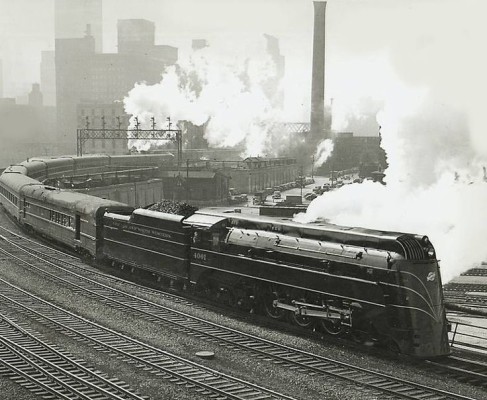 One of the ‘North Western’s few streamlined Class E-4 Hudsons leads a pasenger train during the early 1940s. These steamers, #4001-4009, were Alco products and normally assigned between Chicago and Omaha. source 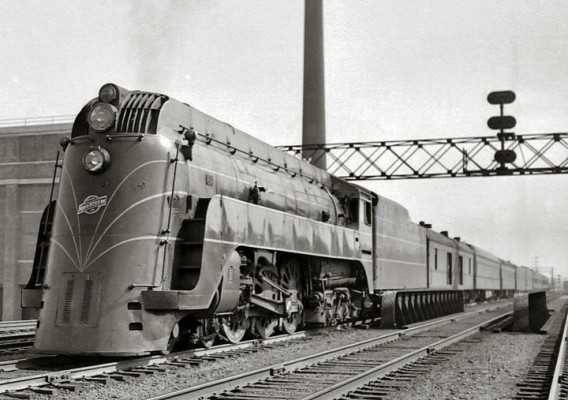 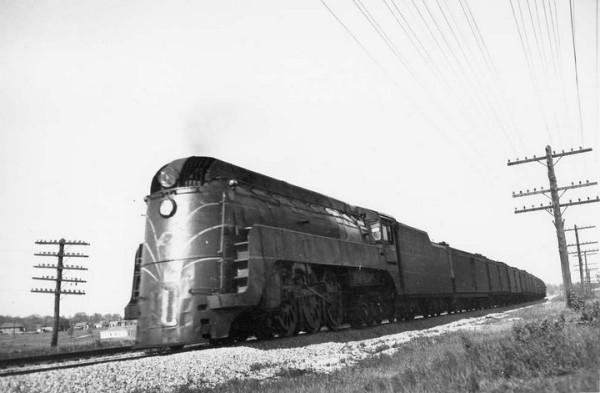 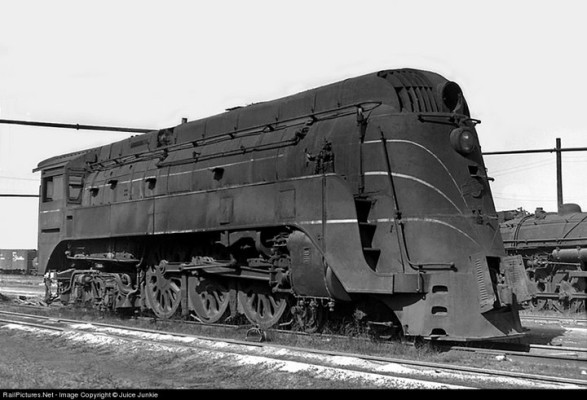 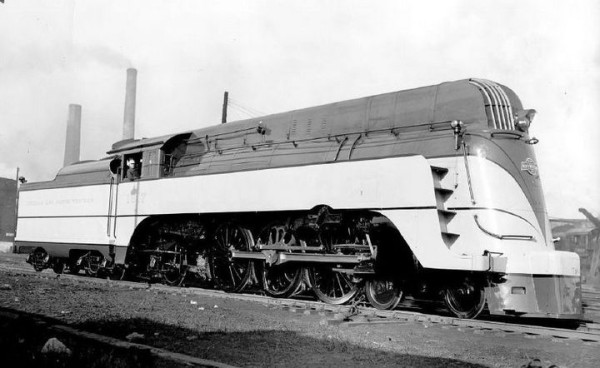 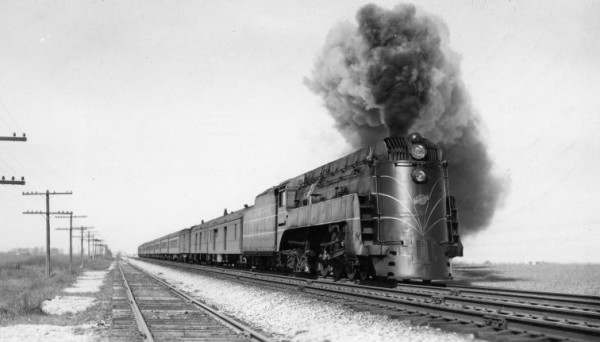 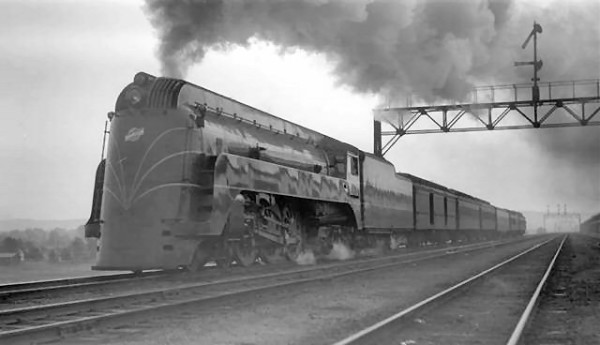 Despite the difference, however, there appears to have been little difference in how these engines steamed, which underscores the custom-build tendency of steam locomotive manufacturers that ill-fitted them to compete with the standardized diesels. In fact, the E-4s were soon displaced by diesels and ran the transcontinental route from Chicago to Omaha. source 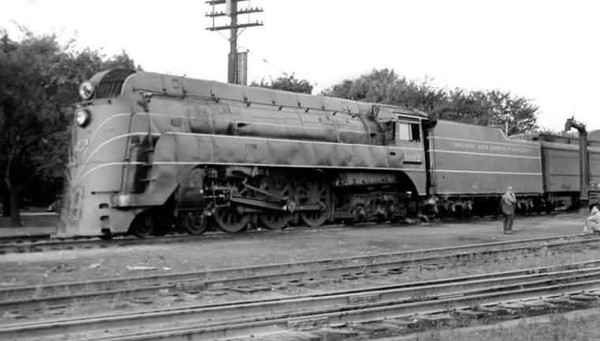 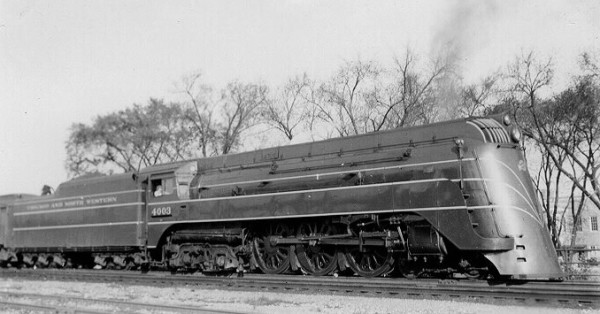 The locomotives never had the chance to show their stuff on the “400” trains however as they were superseded by the new diesel locomotives that were coming into favor with railroads of the day. source 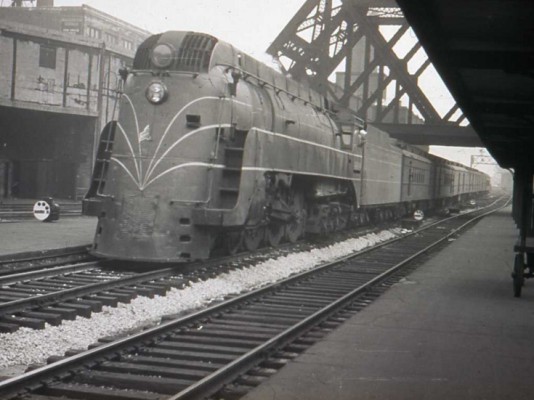 Beautiful era of design and application – never to be seen again once this class was scrapped. source