The banana is in serious danger of going extinct

As the years go by, people hear of certain animals going endangered or becoming extinct. This is a serious issue and not many people are doing anything to help it. However, animals are not the only thing going endangered or extinct. Rare fruits and vegetables are also at risk from never growing again; a serious situation.

Consider the Cavendish banana. If you buy a banana in England it most likely came from a plant that was grown at an English stately home. Now people anticipate that this fruit will be gone for good in the near future.

The banana industry originally started on Peak District grounds at Chatsworth House. Seems unlikely right? But this home produces the most bananas in the large global banana industry, because every single banana that is eaten and sold in the west has most likely descended from a plant that was grown at the Derbyshire estate’s hothouse over 180 years ago. 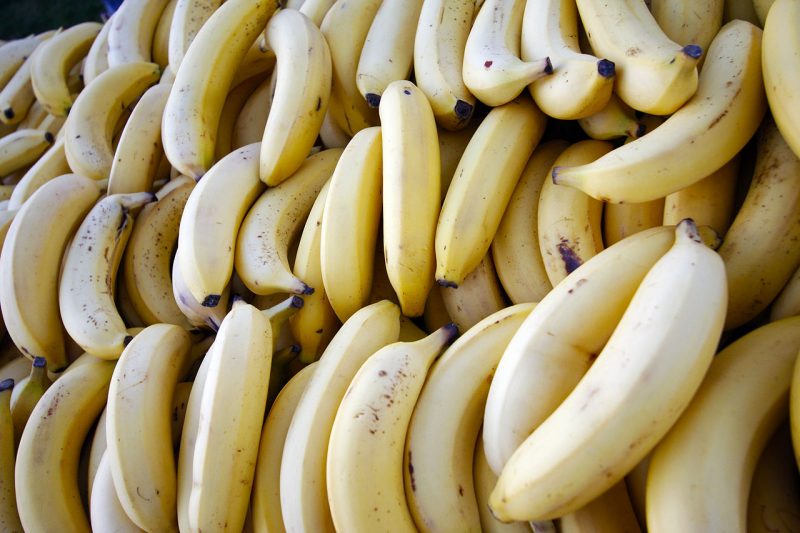 Shown is a table stocked with bananas for runners to enjoy after a race.Source

Here is a little history as to how the Chatsworth House became the largest banana producer:

Bananas have actually been grown at the house since 1830, when the head gardener, Joseph Paxton, had gotten his hands on a banana species imported from Mauritius. It is believed that he was inspired after seeing a banana plant painted on Chinese wallpaper in one of the 175 rooms in the home. However, today’s gardener, Steve Porter, is skeptical about the entire story.

Porter said that certain truths fit the story, but he believes Paxton was always looking for new, exotic plants. Porter also said that it was most likely that Paxton knew when those bananas had arrived in England and that is when he decided to take one for himself.

Paxton, had filled a pit with water, rich loam soil, and rotted feces. He then kept the hole at a temperature of 65 to 85 degrees in order to grow the fruit he would call Musa Cavendishii. He named the fruit after his employers, the Duke and Duchess Cavendish of Devonshire.

Porter explained that at the time a family in England who grew their own bananas to feed their many guests was exciting. He said that it is still exciting for them to do so today. In November of 1835, Paxton’s plant flowered and by May it had grown more than 100 bananas. One of those plants even won a medal at the Horticultural Society show. 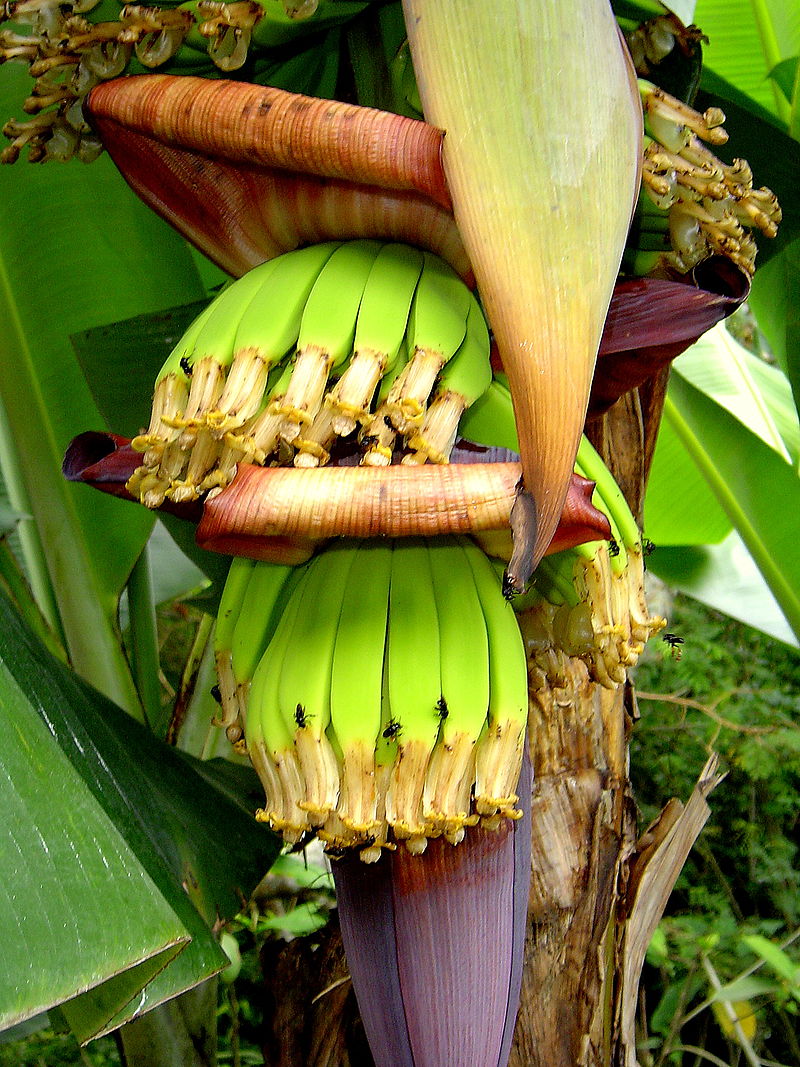 Developing fruits of a Cavendish bananaSource

A few years later, the duke had given two cases of plants to a missionary named John Williams to take to Samoa. Only one plant survived the journey, but it was enough to launch the industry in Samoa and other South Sea islands. Williams, however, was killed by natives during his trips. Other missionaries ended up taking the Cavendish bananas to the Pacific and Canary Islands.

From there, the Cavendish spread. Surprisingly, it was only in recent years that exporters were demanding this fruit. It rose in popularity, causing the fruit to catch a disease due to the high demand. The appearance of Panama disease is the reason why the fruit is poised to die out.

For many decades, the most exported and most important banana worldwide was the Gros Michel, but it was wiped out by Panama disease, also known as banana wilt, in the 1950s. From there, banana growers turned to another breed that was immune to the fungus – the Cavendish. It was smaller and a little less tasty, but it was known for surviving the global travel and it was able to grow in infected soils.

Even though other countries have their own breed of bananas, the bananas exported to foreign countries like Europe, the UK, and North America are all Cavendishes. About a quarter of the bananas in India are also Cavendishes, as well as all the bananas sold and consumed in China.

While sales thrived, in Panama there was developing a new strain of banana fungus that was capable of killing the bananas off; one that is even more deadly than the strain that wiped out Gros Michels. Not only that, but the disease is also killing off other local breeds around the world.

An expert in global plant production, Dr. Gert Kema, said that she may sound over-dramatic, but this is a very serious issue that is happening worldwide. She said it is not like one day there will be bananas and the next there won’t be, but it is quite serious and there is nothing in the world to replace the Cavendish since they are all potential victims of the disease.

About 10,000 hectares of the Cavendish have been destroyed by the disease. Many experts believe that his is just the beginning. International coordinator for Norwich-based Banana Link, Alistair Smith, said that the first step is to contain the epidemic, but it is quite difficult to do so. It’s is almost impossible to isolate the infected bananas from the ones which haven’t been touched. There is no way to salvage any of the bananas once the disease is present.

Thankfully, the disease hasn’t hit America, which means it isn’t too late to possibly prevent it from arriving. If the disease does make it to America then it will be quite devastating for the fruit. To make matters worse, there is no way to contain the fungus since it can be transmitted by natural causes, like a storm.

Dr. Kema said that thanks to new technology, they may be able to figure out which ways work best as far as keeping the fungus at bay. They can also track and detect the fungus, but the fruit is so vulnerable to the disease that something has to change.

That’s the second issue, too. They have to find a new banana that is resistant to the disease so that bananas can remain viable. Otherwise they will have to rely on genetic engineering in order to keep the banana industry alive and able to defend itself from the fungus.

« This footage taken by Thomas Edison in 1904, shows women and men bodybuilding
These color photos show what Spain looked like back in 1959 »