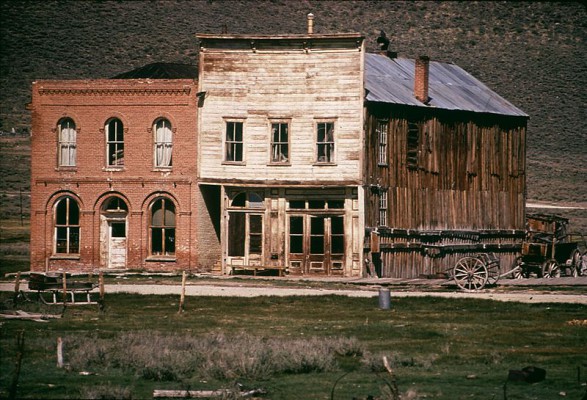 The era of gold mining in California saw a booming business and lifestyle that involved an influx of many people. Today however, some of those boomtowns are merely ghost towns.  A photographer has recently captured what is left of these towns.

Bodie, used to house 10,000 people. The town was set in between rolling California hills that provided an awesome landscape.   The town once had hotels, a jail, a bowling alley, and 200 restaurants.  Now the town lies abandoned; the houses that were once occupied still contain some of the owners’ belongings.  It is as if the residents picked up and left without taking anything.

Some of the eerie items that have been untouched for years include a pool table, a rusty car, and cutlery that was laid on a table as if someone was coming back to eat a meal.  There is an eerie, desolate sound that moves throughout the town.  It is as if one who walks through the town would expect someone to say something, but no one is anywhere near the town.

In another area of the town lies wooden carts left in a field, a post office, a well, a Methodist church, and an old barn.  Everything was left as it was for over 100 years.

The town was named after the man who found the first pieces of gold there in 1859. In 1876, there was a freak explosion that exposed a large cave wall made up of gold.  By the 1880s, Bodie had created a booming town that had everything anyone could ever ask for.  It was a successful town especially due to the fact that it was the only one known for ever having gold at the time of its settlement.  However, by the next century Bodie was no longer the only town to have gold, as other towns were slowly beginning to discover the precious pieces.  Some of the single miners who traveled to Bodie for the gold began moving on to other places like Butte, Utah and Tombstone, Arizona. 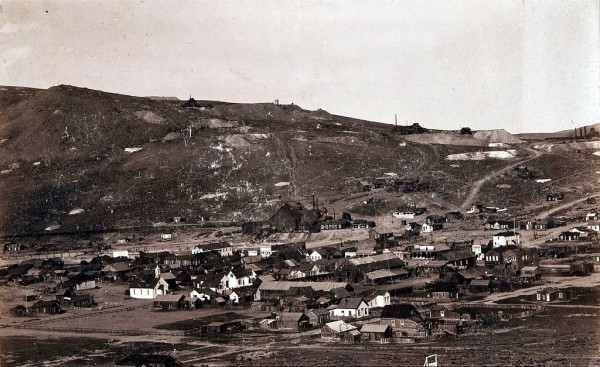 As if other towns discovering gold wasn’t enough, Bodie fell victim to a fire in 1892.  By 1910 the 10,000 population had dwindled to a mere 698 people.  Five years after that, the Bodie Railway and iron tracks were abandoned and scrapped. After the closing of the railway, there were only a handful of Bodie residents who stayed behind.  In the 1930s the town suffered yet another fire.  By 1943 there were only three people who lived there and then in the 1960s, it was officially made a historical point of interest for visitors to tour.

Today there are still 170 buildings left, and they seem to be a moment trapped in time.  It really is quite fascinating how many of the stores and homes were abandoned so quickly.  It isn’t known if this was due to the fact other mining towns had more to offer, or if it truly was the first or second fire that drove people away from the town. 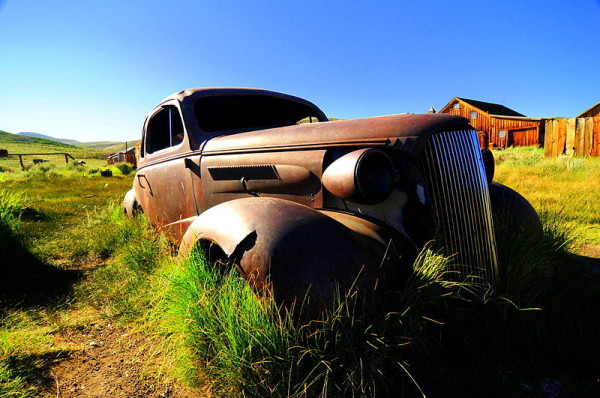 Bodie has many abandoned artifacts, such as this 1937 Chevrolet coupe.

Some believe that the town is a real ghost town.  They think that if anyone attempts to remove any item from anywhere in the whole town, they will be plagued by the Curse of Bodie.  Some even say that they have seen the ghosts of two guards.  Another encounter several people have had is of a Chinese woman.  They see the Chinese woman who then sits on top of them and tries crushing the life out of them. Another story is of a three-year-old girl who many other smaller children claim to see.   They call her the Angel of Bodie; she was killed when she was hit in the head by a mine pick.  Don’t believe in ghosts? Visit the ghost town of Bodie and see if the stories are true. 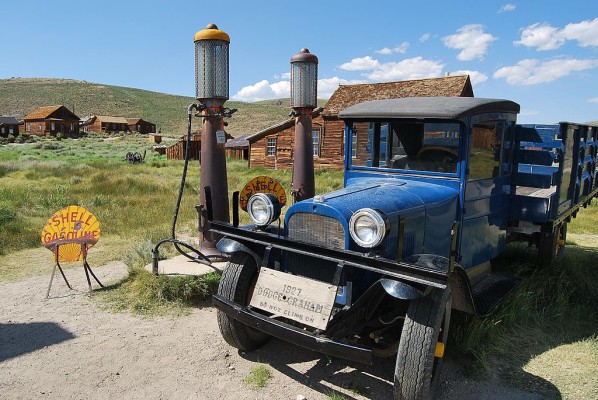 Bodie had its own gasoline stop. A Dodge Graham sits next to the old gas pumps. Note the bullet holes on the old “Shell” signs. 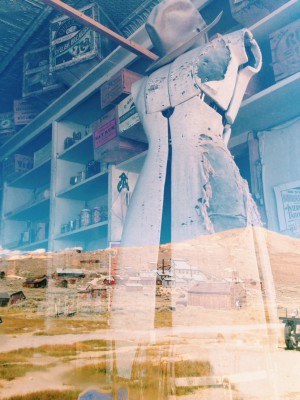 Wild West boom town, reportedly one of the wildest in the West. source