Three young men in China try to rob an ancient tomb, two die after being suffocated

20We have heard of a lot of strange crimes. A lot of these fail miserably and we hear about them because someone puts the crime on social media, or a person tries to rob a home with the owner still in it. 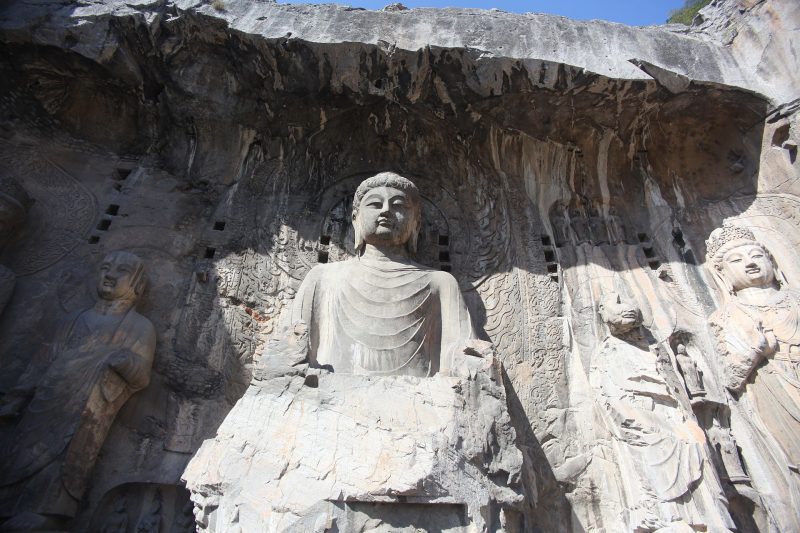 Just recently, three young men decided to rob an ancient tomb in Xianyang, China. While attempting to rob the tomb, they ended up burying themselves; two suffocated to death and a third man managed to get out of the ground and confess the crime to police. So how did the other two men end up dying? They had attempted to use dynamite to blast their way into the tomb. They thought they would start by digging a tunnel underground and then use dynamite to widen it, which caused the tunnel to collapse.

The men are only known by their last names, Shi, Guo, and Lu. According to Xianyang police, Guo had been punished before for robbing tombs. This time Shi and Guo were not so lucky, having been trapped inside the tunnel. Lu attempted to pull the other two out from the earth, but was not successful. After Lu escaped, he called relatives for help. The help managed to free the two trapped young men, but they were pronounced dead on their arrival at the hospital.

The site the men were trying to rob is thought to be from the Qin Dynasty and dated from around 221 to 206 BC. The tomb was actually going to be excavated by archaeologists, but that dig was still in the planning process. Since the men had used dynamite, local experts will have to determine how damaged the tomb is, to see if it is still safe to excavate legally.

The men thought that they would rob the tomb successfully, but they did something rather idiotic, which caused them to lose their lives. Yet they are not the only ones who have done stupid things, while breaking the law.

Here is some history on the Qin dynasty

The Qin dynasty   was the first imperial dynasty of Ancient China, lasting from 221 to 206 BC. Named after its heartland of Qin, in modern-day Gansu and Shaanxi, the dynasty was formed after the conquest of six other states by the Qin state, and its founding emperor named Qin Shi Huang, the First Emperor of Qin. The strength of the Qin state was greatly increased by the Legalist reforms of Shang Yang in the fourth century BC, during the Warring States period. In the mid and late third century BC, the Qin, accomplished a series of swift conquests, first ending the powerless Zhou dynasty, and eventually conquering  six of the other Seven Warring States to gain control over the whole of China.

During its reign over China, the Qin sought to create an imperial state unified by highly structured political power and a stable economy able to support a large military.The Qin central government sought to minimize the role of aristocrats and landowners and have direct administrative control over the peasantry, who comprised the overwhelming majority of the population, and control over whom would grant the Qin access to a large labor force. This allowed for the construction of ambitious projects, such as a wall on the northern border, now known as the Great Wall of China.

« This beautiful footage of Dublin in 1960s will take you back in time
Color photos show the picturesque countryside of Sweden in the 1950’s and 1960’s. »