Looking for a name for you baby girl? Name her after a strong-willed Scottish woman 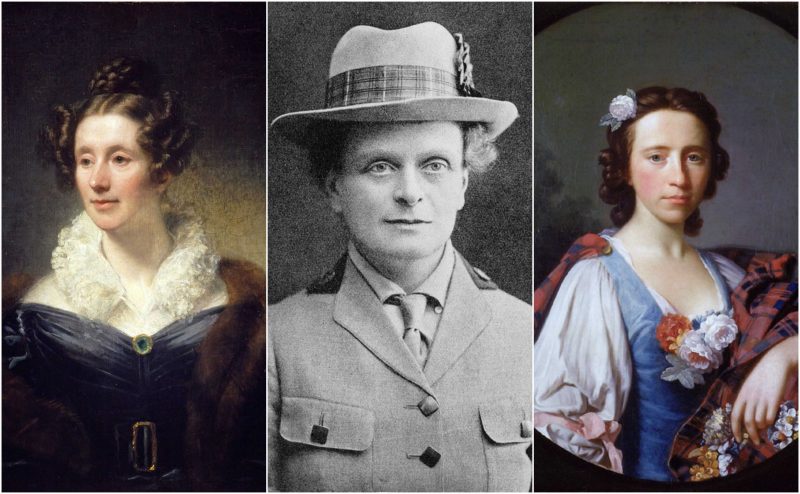 Are you expecting a baby girl anytime soon and need a name? Well, here is a list of some different Scottish names to consider for your baby girl. These women have all done something notable in history and are most commonly known for their bravery and toughness.

Here is a list of the top notable women in Scottish history:

Winifred was married to a Catholic nobleman in 1699. He eventually went on to join the Jacobite Rebellion of 1715. When he was captured at the Battle of Preston, he was sent to the Tower.

Winnie decided to take matters into her own hands after hearing that bit of information. She traveled to London and persuaded the guards to let her in to see her husband. She then had her husband dress as a woman and smuggled him right out under the guards’ noses. King George I,found out about what she had done and declared that she had done “more mischief than any woman in Christendom.” So, if you’re having a strong-willed baby who will refuse to take no for an answer, Winifred is the name she needs.

Everyone wants a brilliant child, right? One who will become a science writer and who is brilliant, a polymath.

Mary was born in the Scottish border town of Jedburgh. This was during a time when people weren’t allowing women to participate in science. However, she did not let that stop her. She went on to study math and astronomy. In 1835, she had become the first female member to be elected to the Royal Astronomical Society, and she played a role in the discovery of Neptune. Mary was also a strong supporter of women’s education and suffrage.

Isabella’s husband decided to side with the English in the Scottish Wars of Independence. On hearing that, she decided to abandon him. She borrowed some men and horses and rode to Scone. There she crowned Robert the Bruce, as the MacDuff clan had the right to inaugurate kings.

As can be imagined, this did not go well with King Edward I. He proceeded to lock her in an iron cage on the walls of Berwick Castle for four years. Eventually, she was released and joined a nunnery. However, Edward still saw her as a threat.

When war was declared in 1914, this Scottish woman Mairi and her friend Elsie Knocker had become dispatch riders for the Women’s Emergency Corps. She had impressed a doctor with her hairpin turns, and he invited Mairi to join his efforts in helping the Belgian troops in Flanders. After agreeing, she and Elsie joined him. They were the only women to live and work at the Belgian front line trenches during WWI.

Soon after joining, they decided to start treating the soldiers directly and set up their own dressing station just hundreds of yards from the trenches. Amazingly, they were free agents, having to find their own funding for their supplies.

Fionnghal is Gaelic for Fiona. She was 24 and living on Benbecula Island in the Outer Hebrides when she ran into Bonnie Prince Charlie, who happened to be hiding after the Battle of Culloden. She helped him escape to Skye by disguising him as her maid, Betty Burke. However, she was later arrested later for her efforts in helping him.

She was sent to prison for a short time at the Tower of London. She then moved to America in 1774 where she became involved in the efforts in the War of Independence. Then she returned to Scotland in 1779 on a ship that was attacked by privateers. She refused to leave the deck when they attacked, eventually getting wounded in the arm.

Fanny was born in Dundee in 1795. She had traveled to America in 1818, and in 1824, she had published “A Plan for the Gradual Abolition of Slavery in the United States”. This had urged Congress to set aside land for emancipated slaves. She also bought a 640-acre tract of land she called Nashoba, purchased slaves, freed them, and let them settle on the land she bought. Fanny was also known as a lobby advocate for equal rights for women; she edited a magazine, became a freethinker, and divorced her husband.

Elsie was a pioneering doctor and suffragist who had started her training at the Edinburgh School of Medicine. When the war broke out in 1914, she offered to set up a woman-run hospital unit. Though she was turned down by the military she didn’t let that stop her. She raised funds and eventually ran 14 hospital units across Europe, and two units in the Balkans, until her death in 1917.

Agnes was known for defending her castle against a six-month siege by English forces led by the Earl of Salisbury. She held her castle with the help of her servants. After each catapult bombardment, she had her maids dust down the ramparts with handkerchiefs to show her enemy that she wasn’t fazed by them. The Earl eventually gave up and went away, calling her a wench in the process.

These women were known as the Edinburgh Seven. They were the first group of female students to ever study at the British University. They enrolled in 1869 so that they could study medicine. However, male students attempted to prevent them from graduating, organizing a mob to stop them from taking their finals. The Surgeons’ Hall Riot had included sheep being let loose in the exam room.

Due to these interruptions, the women, unfortunately, didn’t graduate from the university, but their campaign resulted in legislation being passed in 1897 that allowed women to qualify as doctors in the UK and Ireland.