Following the failure of the family ironmongery business and other business ventures, Christina borrowed a box camera and taught herself the rudiments of photography. She set up a stall in the Royal Mews at Buckingham Palace, selling postcards of photographs that she had taken. She began her career aged 40, as a photographer in 1903, when she became the main breadwinner of her household. She continued working in the photography trade for three and a half decades. 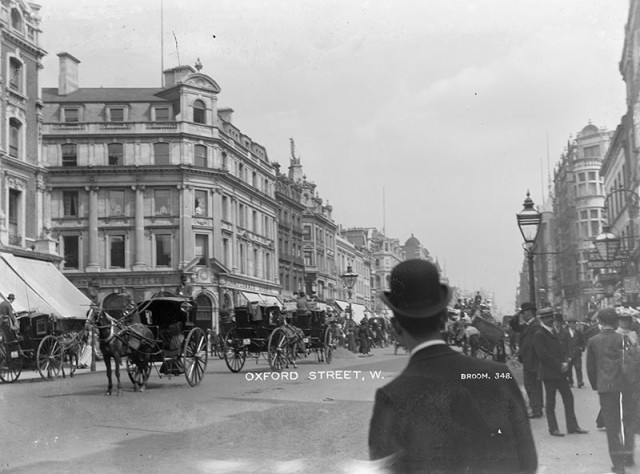 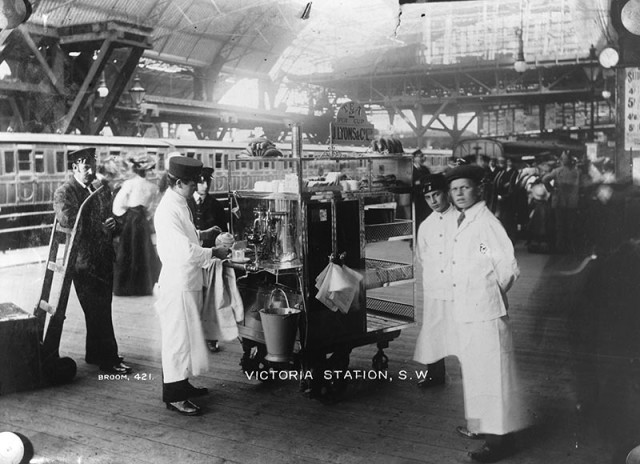 An early Broom photograph of a J. Lyons tea stall on the platform at Victoria Station, c.1905. 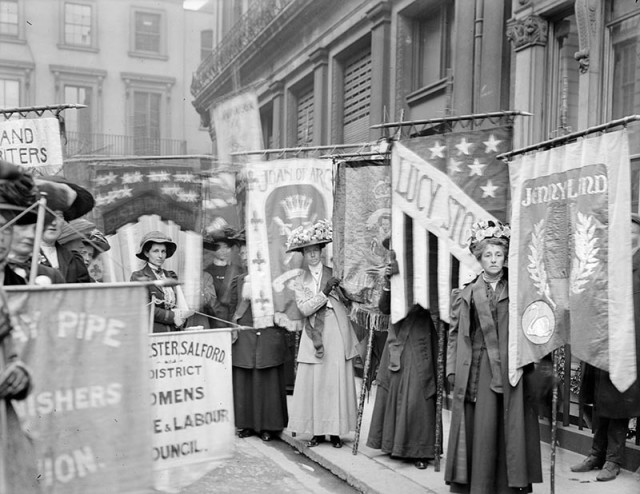 Suffragettes taking part in a pageant organized by The National Union of Women’s Suffrage Societies, 13 June 1908. 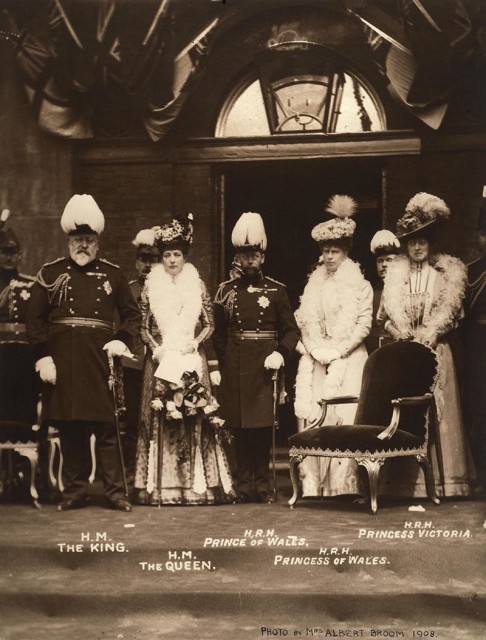 When the family moved to Burnfoot Avenue, she used the coal cellar as her dark room. She was assisted by her daughter Winifred, who had left school to assist her mother; Albert wrote the captions for the postcards in his neat script. The postcards sold well: in one night-time session, Broom printed 1000.

Christina was appointed official photographer to the Household Division from 1904 to 1939 and had a darkroom in the Chelsea Barracks; she also took many photographs of local scenes, including those at the Palace, as well as The Boat Race and Suffragette marches. 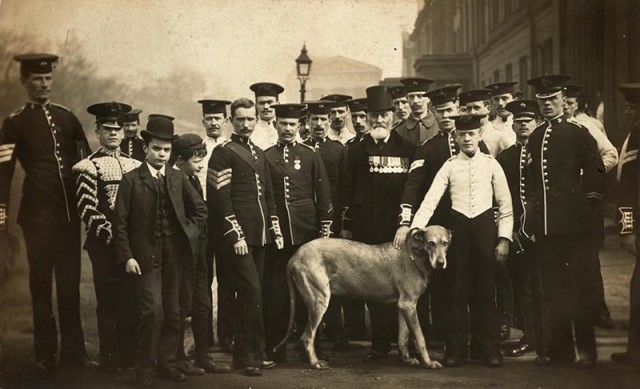 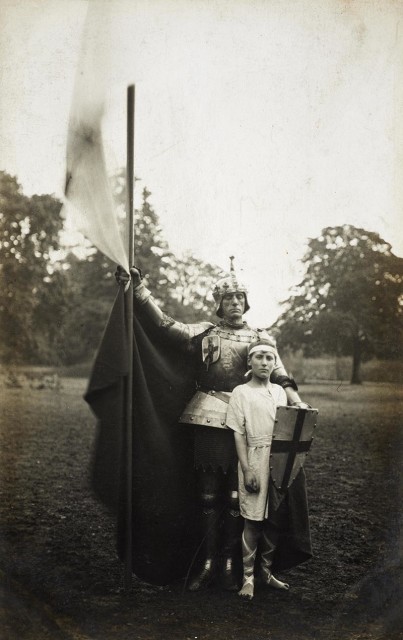 St George and the young knight, at the Army Pageant, Fulham Palace, 1910. 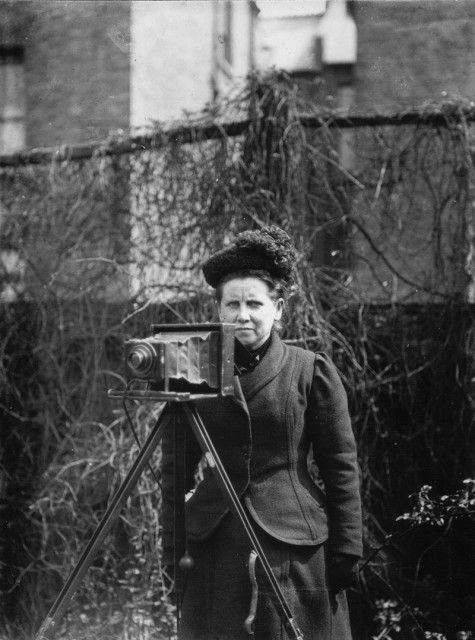 Portrait of Christina Broom taken by her daughter Winifred Broom, prior to the funeral of King Edward VII, May 1910. 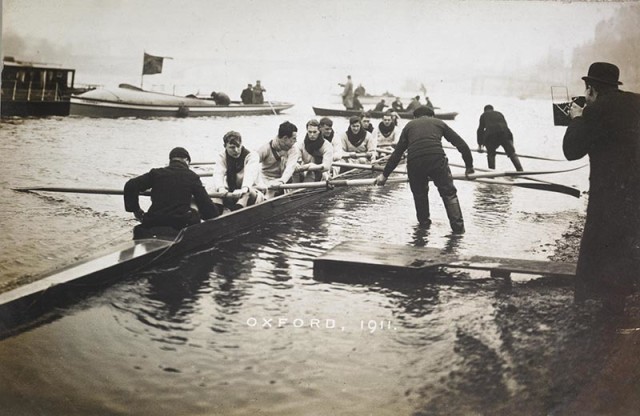 The Oxford rowing team at the University boat race, with photographer Alexander Korda at the water’s edge, Putney, 1911. 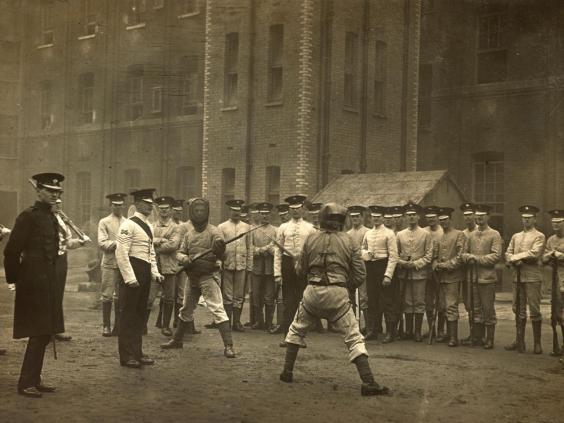 Albert died in 1912 and Christina and Winifred moved to Munster Road, Fulham. Christina took the professional name of Mrs. Albert Broom. In the 1920s and 1930s, her work was featured in publications such as the Illustrated London News, The Tatler, The Sphere, and Country Life.

Christina died on 5 June 1939 and was buried in Fulham old cemetery. Winifred was instrumental in safeguarding Christina’s negatives by having them housed in public institutions. 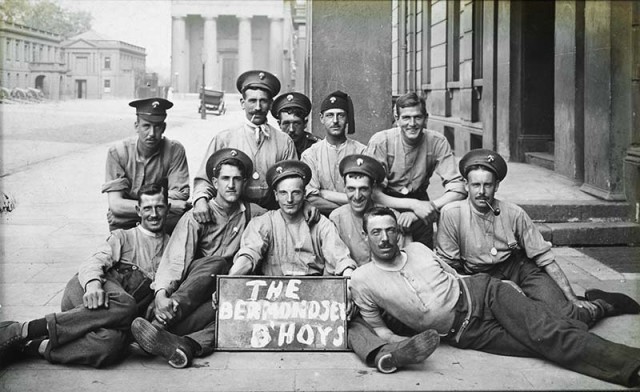 ‘Bermondsey B’hoys’ from the 2nd Grenadier Guards inside their base at Wellington Barracks, c. 1914. 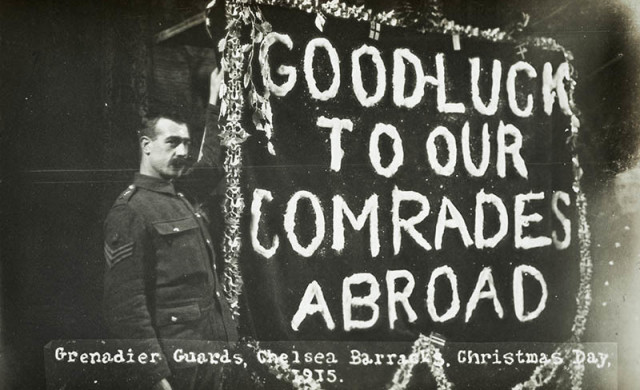 A Grenadier Guard with a poignant banner at Chelsea Barracks, Christmas Day, 1915. 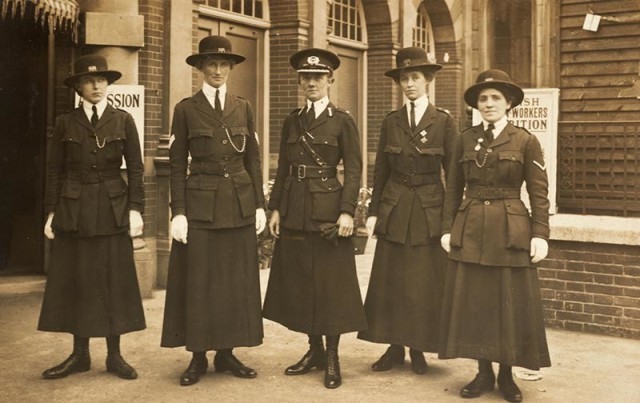 Collections of her photographs are held at the Museum of London, the National Portrait Gallery, the Imperial War Museum, London, the National Museum of Scotland, Edinburgh, the Royal Maritime Museum, Greenwich, the Guards Museum, London; the Royal Borough of Kensington and Chelsea Local Studies Library; the Hammersmith and Fulham Archive and the National Army Museum; Maidstone Art Gallery, Kent; and the Harry Ransom Center and the Gernsheim Collection, University of Texas, both at Austin, Texas, United States. 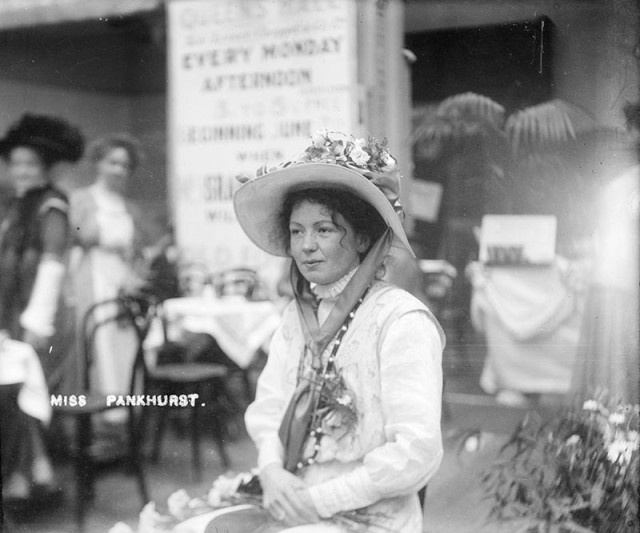 Christabel Pankhurst, co-founder of the WSPU, photographed inside The Women’s Exhibition. 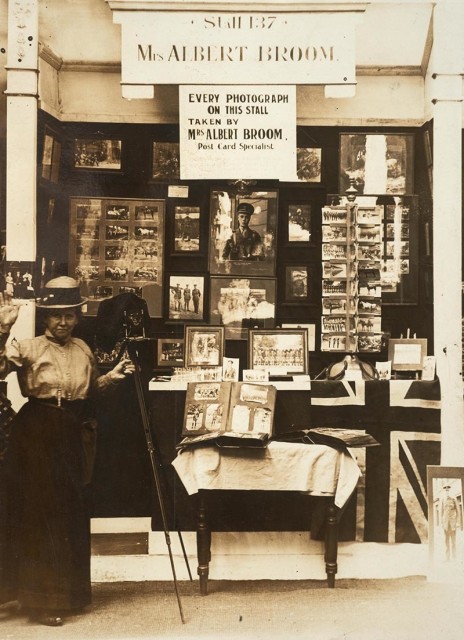 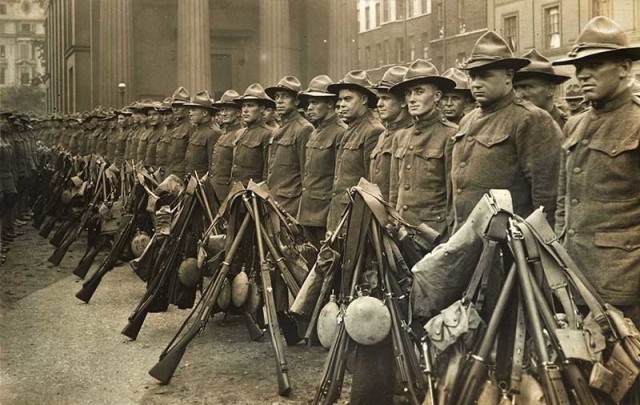 The first American contingent of the War, briefly in Wellington Barracks, 1917. 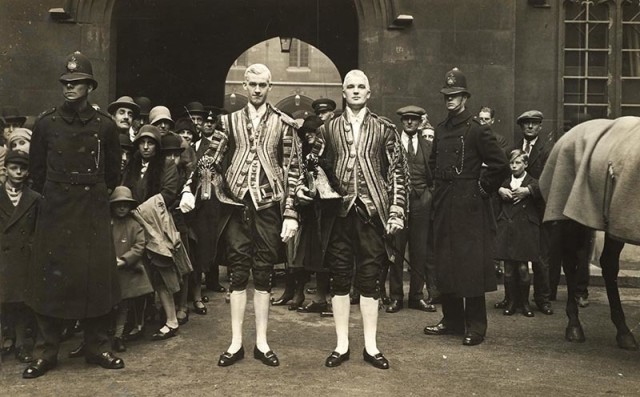 Coachmen and visitors at the Royal Mews, c.1920.

On 17 December 2009 a collection of some 2,000 of her photographs, mainly of military subjects, was to be offered for sale by auction at Sotheby’s in London. The collection was expected to make up to £35,000. It failed to sell and was acquired privately by the Museum of London. In June 2015, the museum opened an exhibition of her photographs entitled Soldiers and Suffragettes.