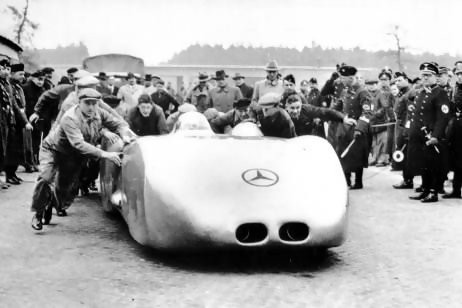 Bern Swiss GP August 1938 – Sitting on a plinth in front of the Heiliggeisit-Kirche (Church of the Holy Ghost) on the Bahnhofplatz in Bern is the 736 bhp V12 Mercedes Benz record car in which Caracciola had achieved 268 mph (436 kmh) on the Frankfurt/Darmstadt autobahn during the Rekordwoche on January 28, 1938. This was a PR exercise for Mercedes-Benz preceding the Swiss GP. source

Can you imagine what it must have been like, as a spectator, never mind as the car’s driver? Reports mentioned that onlookers were shocked by the ferocious noise that boomed from the Merc’s side exhaust pipes as it blared past, but Caracciola simply took it in stride and, so the story goes, by 9am, he was enjoying a celebratory breakfast with the team chief, Alfred Neubauer, at the Park Hotel in Frankfurt. It’s the stuff legends are made of.

When we say it’s a streamliner – what we really are trying to say that is more about the massive understanding the Germans had in aerodynamics which really came to the front during WWII. Whatever Ferrari, McLaren, Porsche and all the rest come up with in the future, it’s unlikely any of them will manage to eclipse a 75-year-old Mercedes-Benz. 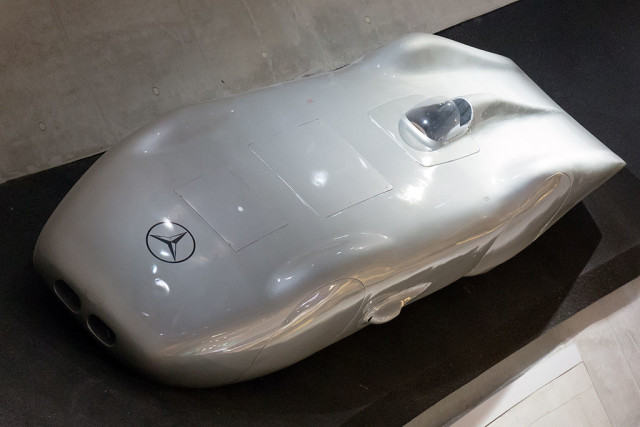 The W125 Rekordwagen on display at the Mercedes-Benz Museum in Stuttgart, Germany. source

The main difference to the Grand Prix race car, which had to adhere to the 1,653 lb limit, was the engine. While the GP car had the 8-cylinder inline M125, which was rather tall, the record car was fitted with a V12 engine that was lower, which reduced drag.   whatever Ferrari, McLaren, Porsche and all the rest come up with in the future, it’s unlikely any of them will manage to eclipse a 75-year-old Mercedes-Benz. Even in 1938, this was not the fastest anyone had driven on four wheels, for three years earlier Malcolm Campbell had breached 300mph in his Bluebird car. But that record was set on the Bonneville Salt Flats, not a public highway.

Rudolf Caracciola’s record of 268 mph over the ‘flying kilometre’ 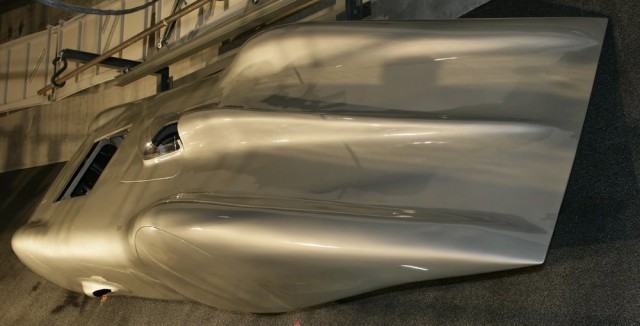 on 28 January 1938, still remains the fastest ever officially timed speed on a public road as of 2015. It also was the fastest speed ever recorded in Germany until Rico Anthes bested it with a Top Fuel Dragster on the Hockenheimring drag strip.

This record breaking run was made on the Reichs-Autobahn A5 between Frankfurt and Darmstadt, where onlookers were rattled by the brutal boom of the side spewing exhaust stacks as the silver car hurtled past. By nine that morning, Caracciola and team chief Alfred Neubauer were having a celebration breakfast at the Park Hotel in Frankfurt.

Sadly, popular driver Bernd Rosemeyer was killed later the same day when trying to beat that record for Auto Union. This also put an end to the record attempts of Mercedes, even though Hans Stuck later wanted to beat the overall land speed record with the Porsche-designed Mercedes-Benz T80 which was powered by a 3,000 horsepower airplane engine. 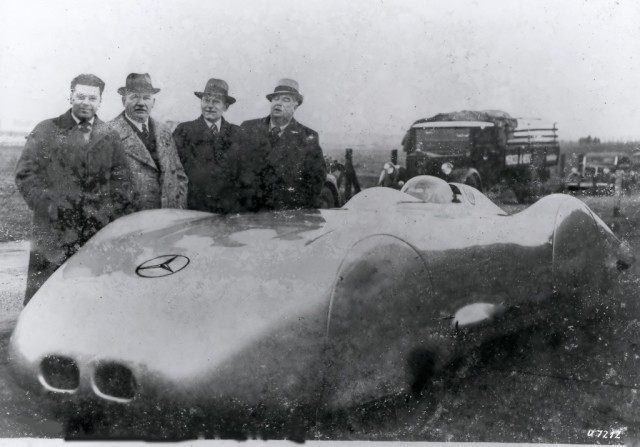 The world’s appetite for speed has not shown any signs of abating but it’s truly extraordinary to consider what those competing manufacturers were achieving 75 years ago, without the use of computers or even seat belts. source

In 1937, Joseph Mickl the chief R&D engineer of Porsche files a patent with a high speed vehicle, which makes use of a whole range of tips and tricks making it most probably the most advanced vehicle of its kind for that time… and for many years to come! This patent, is considered as the successor of the w125 Rekordwagen.

We can identify many features on this patented design that spun out of the research work of famous researchers of that time such as Ludwig Prandtl, Wunibald Kamm,Theodore von Kármán etc. The streamlined, low drag body of the vehicle is equipped with an air inlet for the engine which is conveniently located at the maximum static pressure region at the “nose”. The body completely engulfs the wheels this eliminating their additional aerodynamic drag. The vehicle is equipped with 6 wheels (way before the Tyrrell P34of the late 70s). 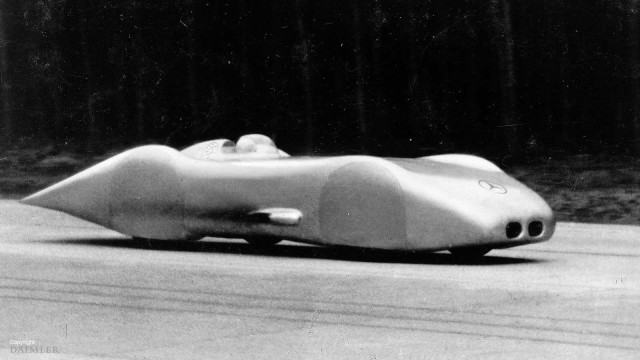 Underneath its slippery skin was a specially tuned, twin-supercharged, 5.6L V12 engine, the power output of which was some 736hp. source

The body of the vehicle is formed like a very basic diffuser thus using the Bernulli principle in order to create downforce and improve stability and traction at high speeds. This, by the way might be one of the very first uses of the Ground Effect, decades before it appeared on the BRM and Chparral Formula One racers of the 60s.

Another great innovation of that design/patent of Mickl was the integration of an inverted wing which was responsible for the creation of downforce, thus increasing the stability of the vehicle. Most of the people believe that the use of wings to create downforce on vehicles is an idea of the 60s pioneered by Colin Chapman and his Lotus 49 racer. However, the truth is that the German rocket powered rail-racer of the late 20’s Opel-RAK.3 was the earliest example of a vehicle equipped with wings creating downforce.

This vehicle however did not use inverted wings but rather normal wings that were pitched to negative angle of attack such that they would generate “negative lift”. The racer of Mickl however employs an inverted wing, located directly on top of the rear wheel axles and in the “clean” air inflow stream in order to produce downforce and to translate it directly to tire traction at high speeds. 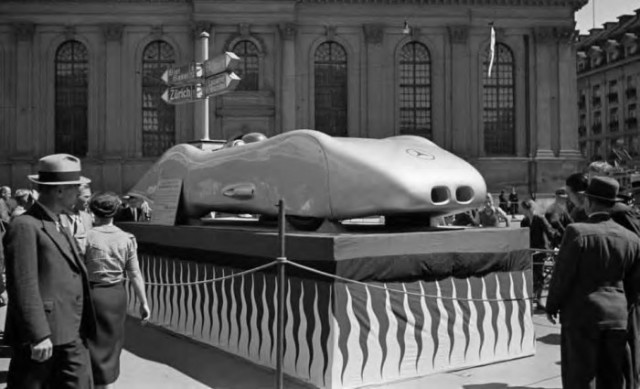 The W125 Rekordwagen in 1938. Visitors to the Mercedes-Benz Museum in Germany can see the actual car on a dramatic wall display. Courtesy of Daimler. source

The brilliant ideas of Mickl however do not stop here. The inverted wing is even equipped with a large aileron, such that the driver can adjust the generated downforce in such a way that the vehicle achieves high traction during the acceleration phase and low drag (i.e. low downforce) during the high-speed phase of the race. The final touch of brilliance was given with the implementation of an airbrake option. In this case the aileron of the wing would deflect almost 90° thus hugely increasing drag and acting as a high speed air brake. That action could be manually controlled by the driver via a separate air-brake lever or could be coupled to the wheel brake system of the vehicle.

The car is on display in the Mercedes-Benz Museum in Stuttgart.