Alchemy, the philosophical and proto-scientific practice that aims to purify matter and improve both the physical and the spiritual aspects of human life, has been around for millennia. Since ancient times, alchemists have been obsessed with achieving immortality and discovering a way to turn non-precious metals into gold.

Countless hopeful scholars have devoted their lives to the search for the fabled Philosopher’s Stone, an alleged mystical formula which would be capable of fulfilling both of the alchemists’ age-old dreams. Even some of the most renowned historical scientists were convinced that alchemy is the path that leads to unprecedented discoveries: for example, Isaac Newton, the father of modern physics and one of the greatest scientists of all time, actually devoted more of his time to the study of alchemy and the occult than to his work on his revolutionary principles of physics. The Squared Circle: an alchemical symbol (17th century) illustrating the interplay of the four elements of matter symbolising the philosopher’s stone

Interestingly, the enduring dream of all alchemists was triggered by a single compendium of wisdom texts known as the “Hermetica,” which contains the proto-scientific and spiritual ideas of an ancient mystic known as Hermes Trismegistus. The texts were most likely written by the Ancient Greeks in the 2nd century A.D., but their source is much older. Hermes Trismegistus, the alleged founder of alchemy and hermeticism, was reportedly an Egyptian mystic who lived long before the age of Moses. Ever since the Hermetica became the principal source of data on the practice of alchemy, many researchers have been trying to discover the clues which would reveal his true identity. Early Christians believed that he was an ascetic and a wise prophet who actually foresaw the coming of Christianity, and some medieval researchers even suspected that he was one of the first pharaohs of Ancient Egypt. His name was derived from Hermes, the Greek god of thieves, trade, and travelers, and some writings have associated him with Thoth, the Egyptian equivalent of Hermes.

Although many contemporary researchers of mysticism and the occult still believe that Hermes Trismegistus was a real person who possessed a vast knowledge of hidden esoteric truths, some historians claim that he was merely a fictional character invented by the group of Greek authors who authored the Hermetica. Unfortunately, the truth will likely never be known. 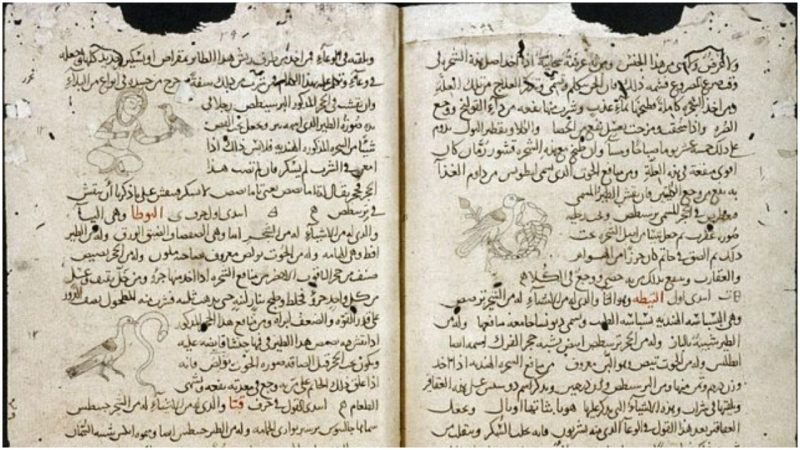 Still, whether it is fact or fiction, the work of Hermes Trismegistus has been inspiring alchemists, occultists, historians, philosophers, and artists for at least the past 2,000 years. Since he was said to have coined the fundamentals of alchemy and discovered the one true theology which became the basis for all modern religions, his name has become synonymous with secret knowledge and mysterious revelations. One particular concept, reportedly introduced by Hermes Trismegistus, is the Emerald Tablet, also known as the Smaragdine Table or the Tabula Smaragdina. In the ancient times, Trismegistus allegedly used stone and various precious stones to construct a massive emerald-green monolith on which he inscribed the truths of life and the world which he learned through his experiments and contemplation.

Although the Emerald Tablet has never been found and most historians claim that it never even existed in physical form, many artists and writers of the past two millennia have tried to describe it in their works. The text inscribed on the tablet allegedly contains cryptic syntagms such as “Whatever is below is similar to that which is above. Through this the marvels of the work of one thing are procured and perfected” and “Separate the earth from the fire, the subtle and thin from the crude and coarse, prudently, with modesty and wisdom.” An imaginative 17th century depiction of the Emerald Tablet from the work of Heinrich Khunrath, 1606.

Nobody has been able to decipher the true meaning of the text allegedly written on the tablet and it is unclear whether it contains any useful information or merely represents the ramblings of ancient philosophers. Since the Middle Ages, many researchers have claimed that the Emerald Tablet actually contains a complex philosophical riddle which leads to the secret recipe for the creation of the Philosopher’s Stone.

Related story from us:In 1980, chemist Glenn Seaborg solved a centuries-old problem in alchemy and turned a non-precious metal into gold

In the 1980s, a pioneering chemist named Glenn Seaborg proved that complex nuclear chemistry can be used to turn non-precious metals into gold. He came close to creating the Philosopher’s Stone through some intriguing achievements of modern science and without the help of the possibly meaningless riddles of Hermes Trismegistus. However, the Emerald Tablet and its long history of influence might still prove useful if future generations of thinkers manage to correctly interpret its text and discover its alleged hidden meaning.

« The real-life wiseguys behind Scorsese’s “GoodFellas,” who pulled off the multi-million Lufthansa heist
Mr. T. started out as a Chicago bouncer and a bodyguard for celebrities Steve McQueen, Michael Jackson, and Diana Ross »