Kom el Shoqafa was truly a wonder of the ancient and medieval worlds. According to legend, a donkey dragging a cart filled with stones in Alexandria, Egypt, accidentally fell into a pit in the ground. If true, the donkey may have earned the honor of discovering one of the most fantastic sites in history. Namely, we are talking about Kom El Shoqafa here, ancient catacombs unlike any other in the world of antiquity. 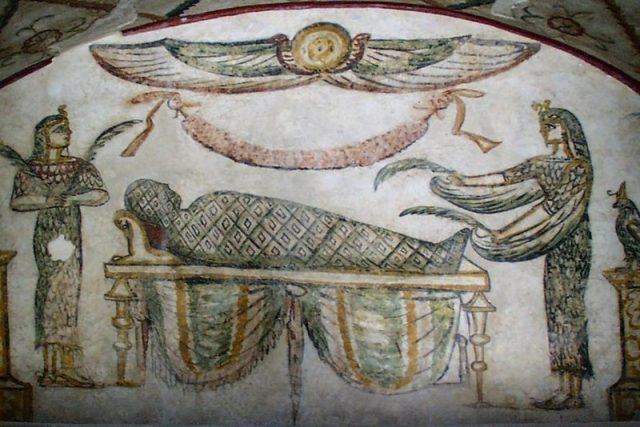